From the beginning, Star Wars: Galaxy’s Edge was billed as a place where new discoveries — from a galaxy far, far away — might be found around every nearby corner. And, thus far, folks’ initial discoveries have dominated reviews of the new, immersive land – everyone is still finding all of the “regular” stuff.

However, one large crew of vloggers recently posted a video-game style mode, which requires a special sequence of button-pushing, etc.

Then, a familiar voice may be heard in the cockpit: “RWAAAAARGH!”

The crew at Fresh Baked reported, “There have been some changes made to Smugglers Run. Minor stuff like software and interface updates. But also some fun stuff. And that’s Chewy Mode. As soon as I heard about it, I had to get into it immediately.

“So I put a crew together and headed over to Smugglers Run in Galaxy’s Edge,” they added. “The basics of Chewy Mode is to trigger Chewy yelling at you during your entire flight. No Hondo. No canisters. Just you flying and chewy yelling at you. But there are some things you have to do in order to make this happen.

Yeah. You remember those codes. Like A-B-A-B, left, right, up, down, START.

Join us as we attempt to hack Smugglers Run with what is known as Chewie Mode. Hacking the Millennium Falcon takes a full crew of six and we were recruited along with Youtube’s ThemeparkObsession by our friend David from Youtube’s Fresh Baked Disney. And when this crew gets together for a collab like this one, you know it will get ridiculous.

Now, these folks pulled off this hack at Disneyland. Here’s hoping Greg and his MickeyBlog.com crew can try this out at Walt Disney World! 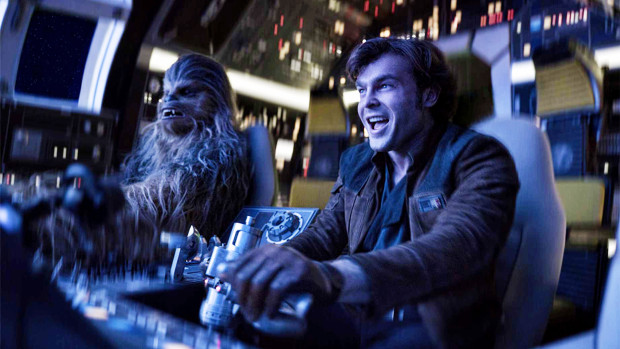