Force Ghosts of Christmas Past

File it Under: I think I had this. A Star Wars Christmas Album. Yes, “Christmas in the Stars.”

And while it’s not necessarily a classic in the sense of, say, “John Denver & The Muppets: A Christmas Together,” it was classically weird. 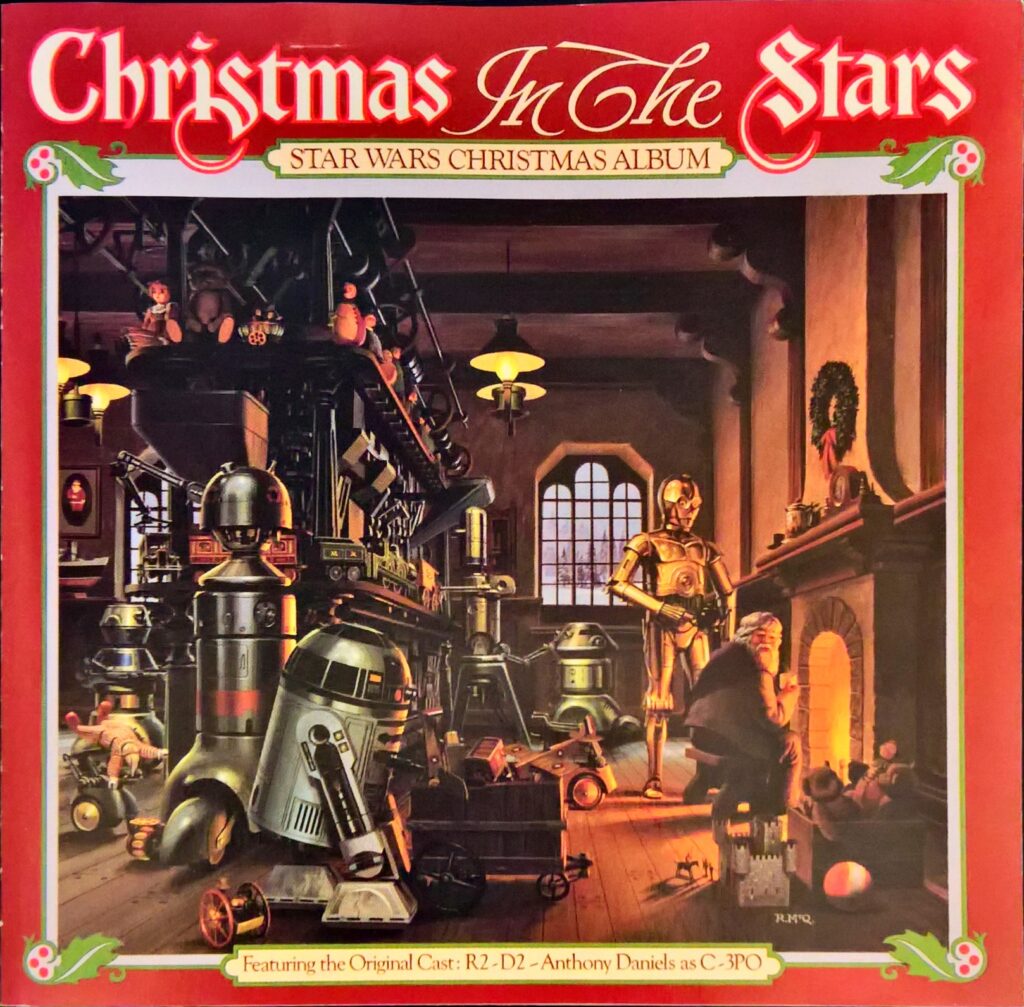 Christmas in the Stars: The Star Wars Christmas Album

Everybody knows the lyrics, “Rudolph the Red-Nosed Reindeer / had a very shiny nose,” but do they know the equally immortal lines, “Everyone will have a cookie, / I bought extra for the Wookiee?” Probably not. Those words are part of the infamous Star Wars Christmas album, Christmas in the Stars. It’s a piece of early Star Wars ephemera that succumbed to relative obscurity since its November 1980 release (and it shouldn’t be confused with the equally infamous Star Wars Holiday Special).

While Christmas in the Stars isn’t particularly good, it’s now readily available in an Amazon CD reissue. And it’s still one of the weirdest things ever to emerge from the galaxies of Star Wars tie-ins.” 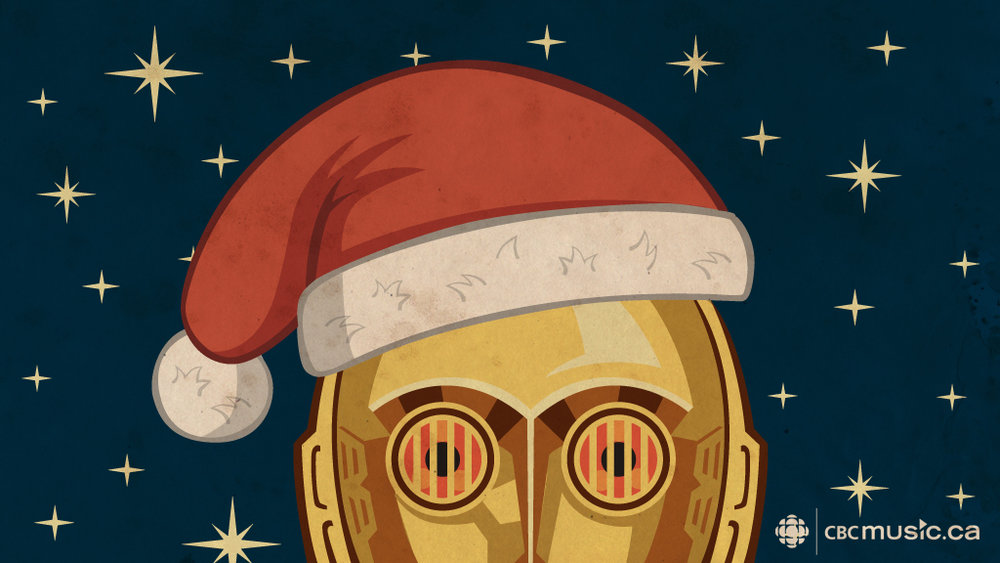 Sean added a full tracklist, and we’ll share a couple here, but first these tidbits:

As for who would sing, he recruited C-3PO himself, Anthony Daniels, and Star Wars’ Academy Award-winning sound designer Ben Burtt to provide the sound effects of R2-D2 and Chewbacca for nine bizarre Star Wars holiday tracks of increasing absurdity. He also recruited a little-known 18-year-old singer named Jon Bongiovi (better known as Jon Bon Jovi), whose cousin Tony ran the studio, to sing about droids and the birth of Jesus. 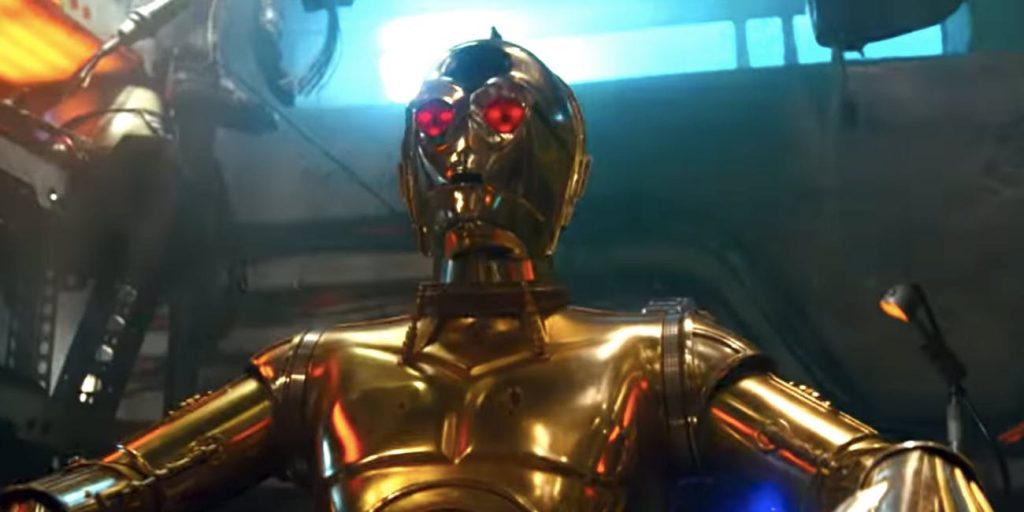 “Christmas in the Stars”

This first duet between C-3PO and R2-D2 is the first time you get the idea that the holiday enters into the album just to have the word Christmas constantly in the lyrics. It’s such a generic Christmas track — replete with sleigh bells, violin flourishes, and chorus harmonies — that you don’t notice the “Christmas in the stars, Christmas in the stars, what a Merry Christmas this will be” refrain is mind-numbingly bland. Still, it’s catchy.

“The Odds Against Christmas”

Did you ever want a robot to teach you why Christmas is so special? Here’s your song. It’s probably the most sneakily integrated song of Star Wars mythos on the album because it plays on Threepio’s constant tendency to turn everything into mathematical odds.

I mean, I vaguely remember this; however, it was no doubt a staple in the Bishop household back in the day.

One question: Will they play Christmas in the Stars n Galaxy’s Edge, today?

“Merry Christmas” and “May The Force be with you.” 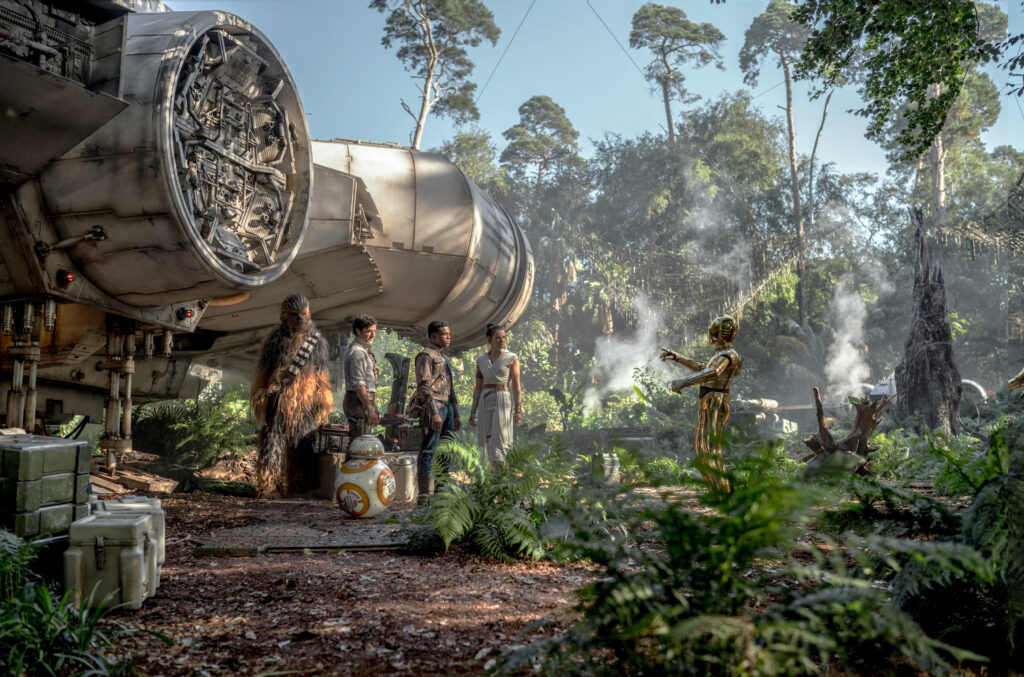