Star Wars Episode 9 Spoilers: Did A Trailer Give Too Much Away?

Over the last few weeks, Star Wars fans had a choice to make; to ovoid spoilers or embrace spoilers.

Your humble blogger loves spoilers, but I do try to give MickeyBlog.com readers a choice. So…

Possible Star Wars: The Rise of Skywalker spoilers ahead…

Anyway, those of us who have enjoyed Star Wars: The Clone Wars, as well as Star Wars Rebels know that “The Mortis Ark” may have huge implications for the Star Wars galaxy. 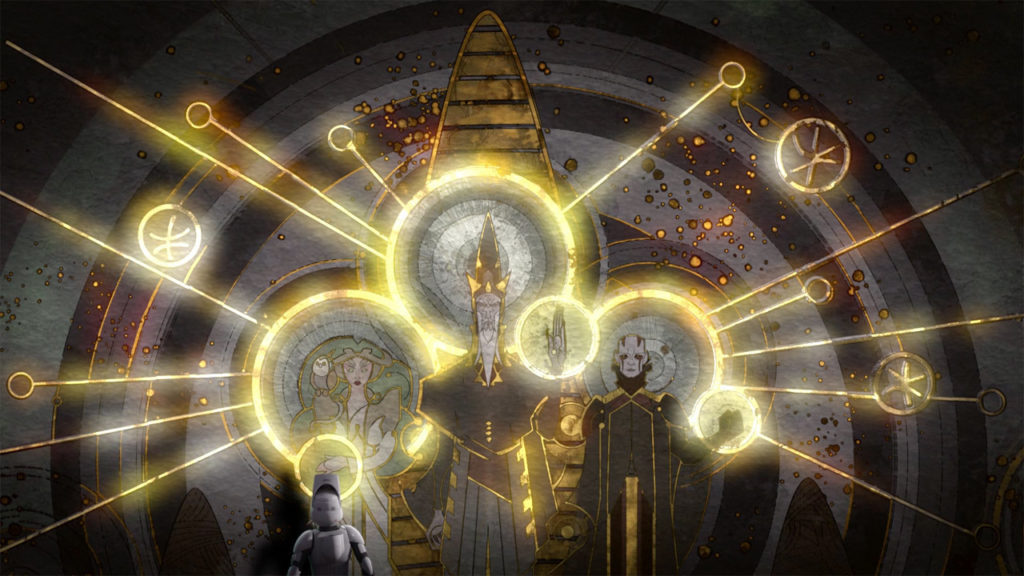 And a whole subset of fans believes that Rey is holding an important artifact from that particular arc in one of the trailers.

In the latest TV spot for Star Wars: The Rise of Skywalker, Rey (Daisy Ridley) is seen holding something very important. The TV spot that arrived online is titled “Sith Dagger,” but it’s important to note this comes from a YouTube page called Disneyland Experience, and not Disney or Lucasfilm. So it could be mislabeled…

It’s a dagger. If the title is to be believed, it’s a Sith Dagger. This seems to sync up to several Star Wars leaks that have made their way online, though the purpose of the Sith Dagger is far from crystal clear.

The prevalent theory is that the blade itself is a MacGuffin or a plot device that seems important but really isn’t. Some believe that there is text on the blade that has to be translated. This, in turn, leads to C-3PO being manipulated so that he can translate this forbidden verbiage. Hence, the red 3PO eyes we saw in earlier videos.

Other fans believe that the dagger is from another important moment in Star Wars canon:

Of course, a weapon would come in handy in the above story.

In Revenge of the Sith, Palpatine tells Anakin that Darth Plagueis was super interested in finding out the secret to immortality. Now, let’s just say that Plaugeis and Palps cracked this, then Palpatine “killed him in his sleep.” It’s possible Palpatine used this dagger to kill Plagueis.

Rey holds up the dagger on a shoreline of a moon where the second Death Star crashed. This could be Endor’s forest moon—home of the Ewoks—but descriptions from Disney Parks suggest another possibility: the Death Star wreckage fell on an oceanic moon of Endor called Kef Bir. Its presence in The Rise of Skywalker validates a number of leaks, which further indicate that the Sith Dagger has a central role to play in the plot of Episode IX.

Since there’s little indicating the purpose of the Sith Dagger in the actual TV spot, leaks regarding its role in the movie should be regarded as speculative, but have the potential to convey major spoilers about the plot.

Rey can be seen holding a dagger in the below trailer (at 1:51):

Then, in the trailer mentioned by Cinemablend, check out the shot at 00:12 seconds in the following TV spot:

The folks over at IGN have a breakdown of dagger footage, along with a great speculative explanation.

Finally, Alex and Mollie spoke about the dagger footage in a Q & A:

Listen, all things being equal, I would go with Alex’s gut. I don’t see much of a resemblance. However, given how important this dagger seems in the trailers, I can understand why folks might be a little annoyed about having the MacGuffin revealed. However, I will point out that there are a few movies with the MacGuffin revealed before the movie came out:

Raiders of the Lost Ark

You get it. And even if the dagger ends up having a major significance, I’m pretty sure everyone will enjoy the movie anyway.