His star-turn in Spider-Man: Into the Spider-Verse gave Peter Porker renewed recognition. That Ren-ham-sance (sorry) sends Spider-Ham onto comic stands this December.

Many look back on the 1980s as a time of grim and gritty tales that brought a more adult edge to the comic books, but it also gave birth to one of the most fun characters in the mighty Marvel Multiverse: Spider-Ham!

And on December 25, writer Zeb Wells and artist Will Robson present Peter Porker with a brand-new SPIDER-HAM #1! 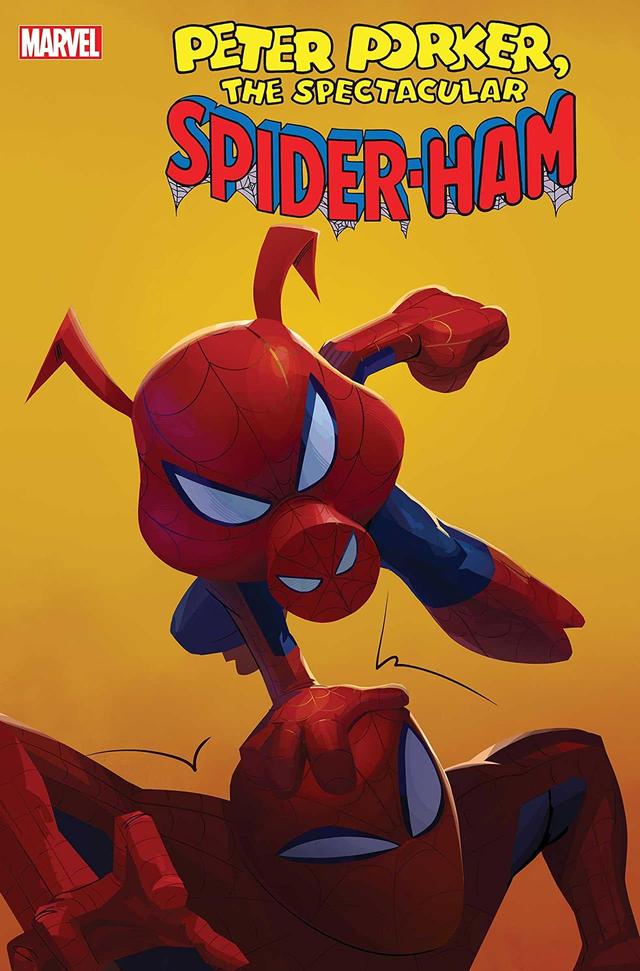 Created in the vein of the classic anthropomorphic animal comics of eras prior, Peter Porker inhabited a world filled with pun-filled takes on the Marvel Universe. For instance, Peter didn’t start out as a pig who got bitten by a radioactive spider—but instead an arachnid who got chomped on by an irradiated swine!

Want to learn more about Spider-Ham? Check out this origins video from Variant Comics”

In the meantime, we’ll be on the lookout for more info on our friendly neighborhoon Spider-Ham!