If you’ve watched any amount of Star Wars Resistance, you won’t be surprised. But yes, “Flix and Orca” are a thing – the first confirmed Star Wars gay couple.

Flix & Orca Are A Couple

My man Germain Lussier, whom I profiled not too long ago, reported i09: 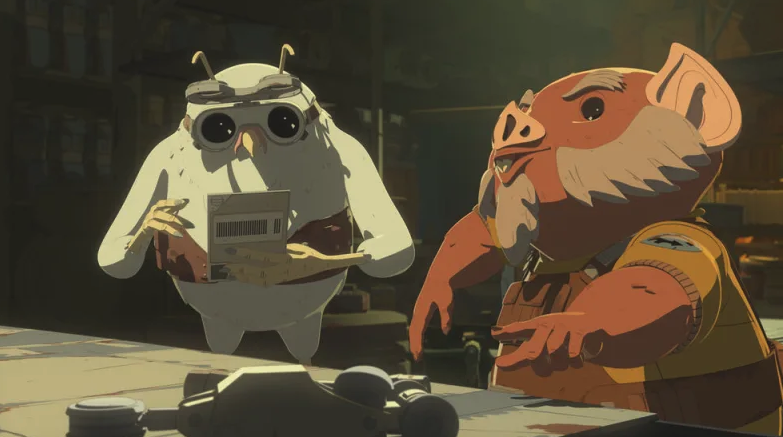 A lot of fans have been waiting for different forms of representation in Star Wars for a long, long time and, it turns out, at least one has already been there for a little while.

Speaking to the Coffee With Kenobi podcast, the executive producers of Star Wars Resistance confirmed that Orka and Flix—voiced by Bobby Moynihan and Jim Rash—are in fact a gay couple and have been since the show first premiered last year.

While Orca and Flix are the first on-screen characters to be confirmed as a gay couple, they aren’t the only characters in-canon to fall under the LGBTQ+ banner. There are characters in books who have had some mention or confirmation of their sexual orientation and, notably, the live-action Solo: A Star Wars Story featured Donald Glover’s pansexual Lando Calrissian [who apparently had a thing for droid L337]. It’s also worth at least noting that while Orca and Flix as a gay couple is certainly a step in the right direction, they’re also male-coded non-humanoids (Orka is a Chadra-Fan, Flix doesn’t have an official designation). Fans are still waiting for a gay humanoid couple.

However the folks involved with the show are pleased that the open “secret” is, well, no longer a secret. 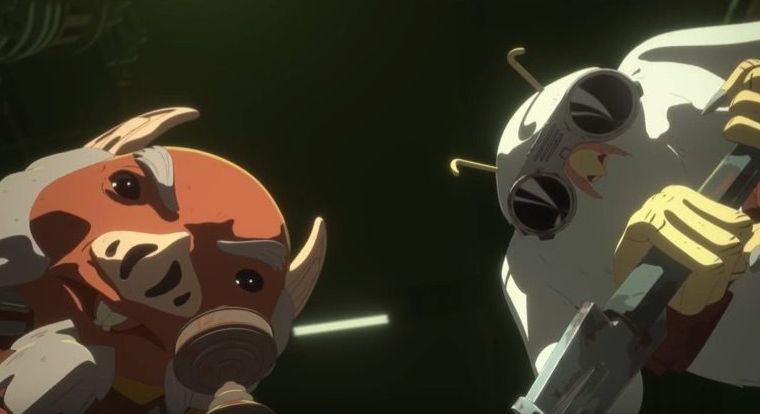 Fans have speculated that the characters—referred to as “partners” who own the “Office of Acquisitions” on the Colossus (the ship where the show takes place)—have been in a relationship, but no one said it officially until now. When asked about it, Moynihan was overjoyed the news was finally out there.

“Oh, I’m so happy we’re allowed to say it,” the actor said with audible relief and excitement. “I have had a sentence prepared for a year and a half if someone would finally ask me. I would say, ‘All I can say is when Flix says ‘I love you,’ Orca says ‘I know.’”

Though the characters are mere support to the main drive of Resistance, here’s a clip—titled “Pay Attention” [see above]—the producer referenced that could have keyed fans into the relationship.

No Time For Love

However, from the looks of the trailer for Star Wars Resistance Season 2, there might not be much time for anyone to have a relationship over the show’s last 19 episodes.

The first episode of Season 2 debuts on October 6.