Speaking of “a sudden chill,” all of this looks downright cool. And frankly, while I am not sure Emma Stone could ever be scary, we’re willing to suspend that verdict.

Stone — one of the most sought-after actors in Hollywood — is in London filming Disney’s Cruella. Despite her star turns in films like La La Land, it seems likely that she’ll leave a completely different impression on the audience after Cruella.

Several publications have picked up on Stone on set.

Emma Stone was spotted in character as the titular, dog-hating villain on Regent’s Street in London on Monday morning, rocking a punk rock-inspired look for the 1980s based flick.

The Hollywood star, 30, continued to showcase her new scarlet locks, wearing a jaunty black beret perched on her head. 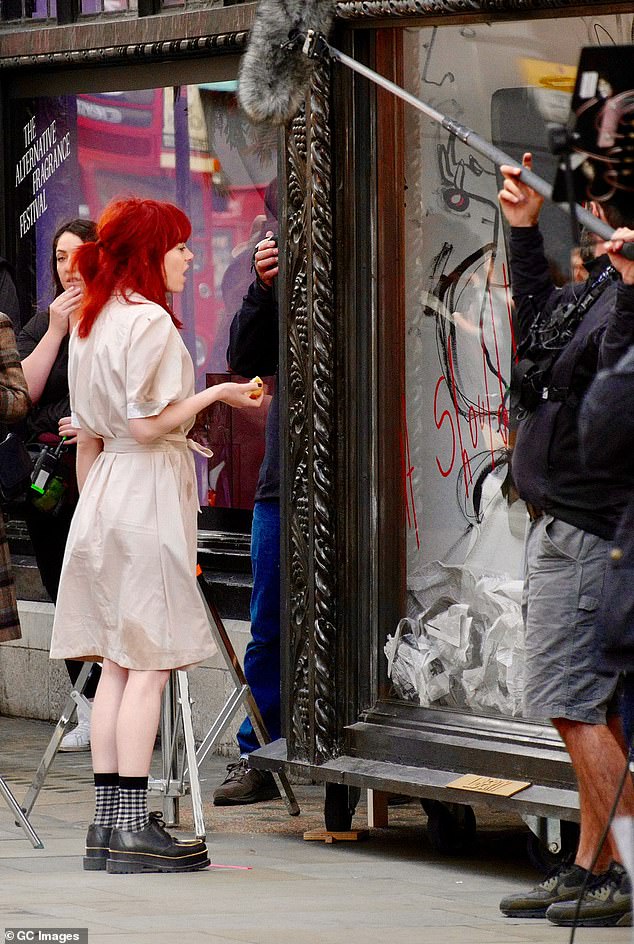 Emma Stone isn’t one to shy away from transforming for a role: For The Favourite, for instance, she wore a corset so tight it literally shifted her internal organs around. And while we certainly expected her to pull off a pretty extreme look for her upcoming role as Cruella de Vil in Disney’s Cruella movie, a spinoff of 101 Dalmatians that puts its focus squarely on the classic story’s central villain, we definitely weren’t expecting this.

De Vil, of course, is known—between kidnapping puppies, that is—for her iconically split-down-the-middle black-and-white hairdo, which Stone has reprised for her title role (albeit with quite a bit more ’80s punky flair). But it seems that’s not the only look de Vil embraced in her day: New images show Stone on set at London’s Liberty department store and in character as Cruella with bright red hair.

Of course, Stone’s signature color is a gorgeous shade of coppery red, but in this case, we’re talking straight-up fire-engine red. (Archie Andrews has nothing on Stone’s de Vil.) Judging by the costume—a little more simple, with an emphasis on practicality instead of drama—it seems like this might just be a look at young Cruella before she goes all-out de Vil. 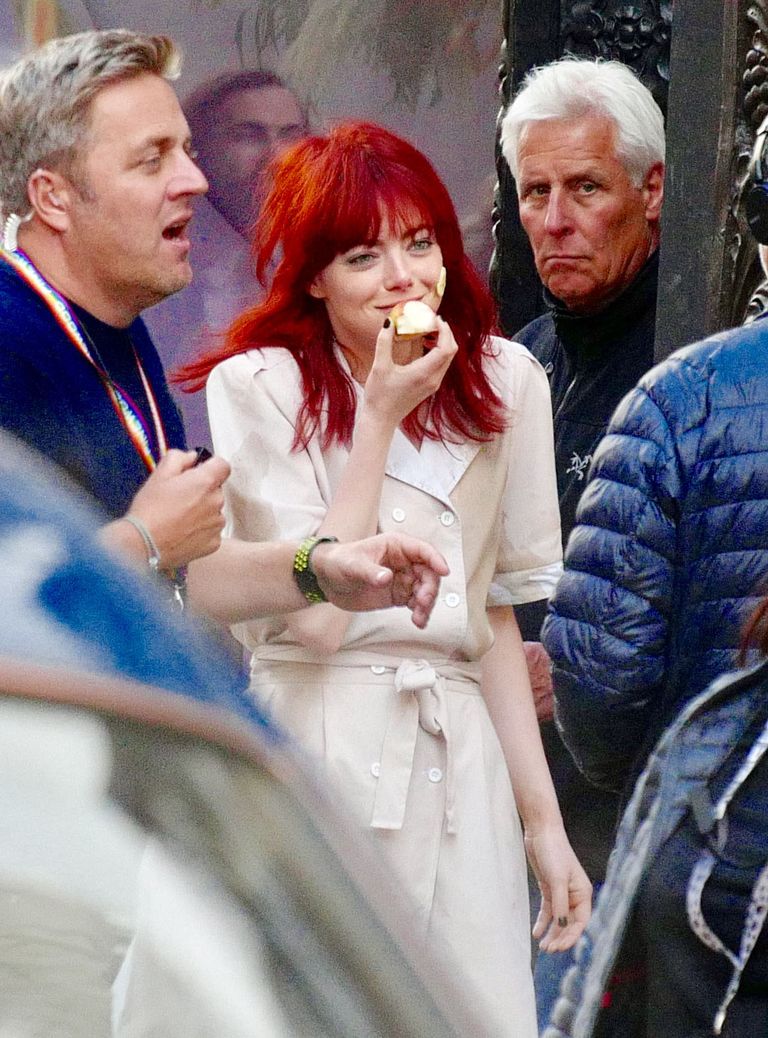 Cruella On The Run 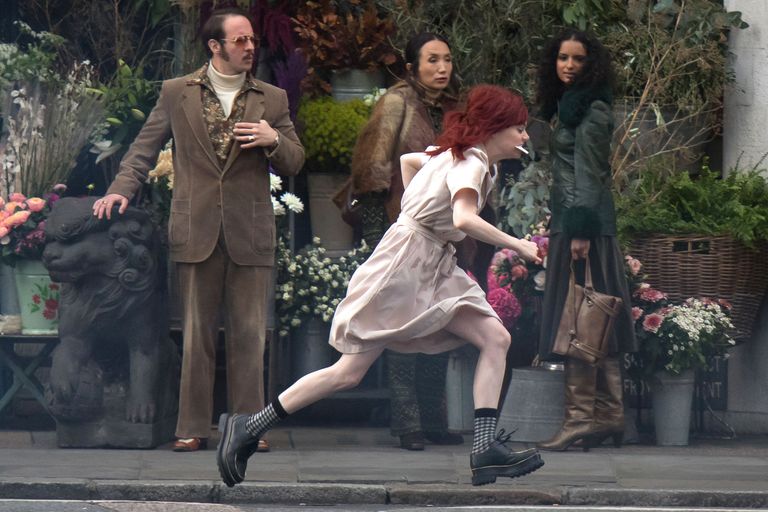 Next up we have Emma’s Cruella on the run, but from what exactly? Dressed in giant black platform boots, this costuming appropriately shows off the movie’s reported “’80s punk vibe”.

Lastly, here’s a closer look at Cruella’s desperate runaway scene – do her clothes give away any clues to her situation?

It’s probably due to the fast motion of her movement, but the actress is looking pretty animalistic too.

It looks to me that Ms. de Vil is wearing a uniform in this scene; possibly a waitress’ frock? 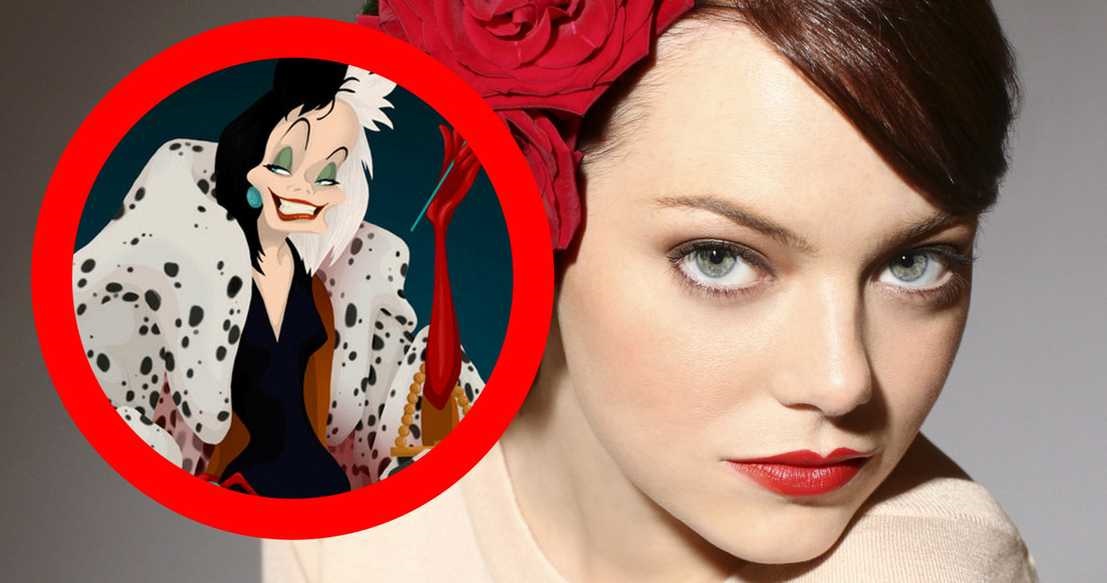 Unfortunately, we have to wait until May 2021 to find out!