All The Exciting Marvel News To Come Out of D23

As expected, D23 Expo held this past weekend in Anaheim was epic when it came to news about the Marvel Cinematic Universe! With so many incredible films, tv-series and streaming events slated for the years ahead we here at MickeyBlog thought we’d give you a quick re-cap of projects you’ll want to be on the lookout for! 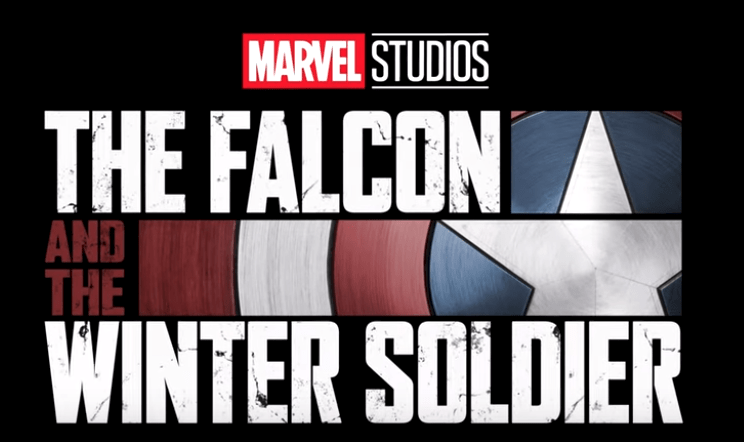 Falcon and the Winter Soldier

Slated to premiere in late 2020 it was announced that Emily VanCamp will be taking on the role of Sharon Carter in the series.  She’ll be on hand to help Sam and Bucky take down Baron Zemo (played by Daniel Brühl.) In another bit of exciting news for the series, Wyatt Russell has signed on as John Walker. It’s assumed that his role will be to hunt down Bucky and Sam.  Fans of both characters can expect the series to provide a more in-depth look at the backstories of the characters post Endgame.

One of the projects that has us the most interested in the Marvel Studios’ Phase 4 line-up is WandaVision. Slated to be released on Disney+ in the Spring of 2021, it was revealed during D23 this year that the show will be half MCU epic and half sitcom. Randall Park, playing the role of Jimmy  Woo called the upcoming show “something totally fresh and weird!”  This is evidenced in the recently released poster. 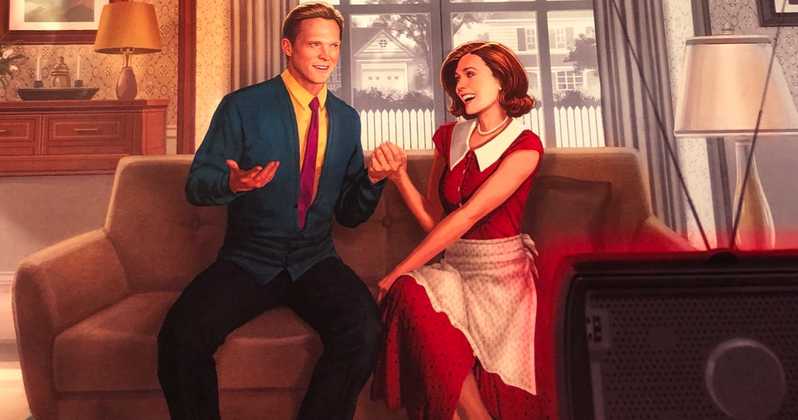 This also echos the words of Marvel Studios head honcho Kevin Feige who said that the concept would only work as a series and not a movie. Other news pertaining to the project is that Kat Dennings will be reprising her role as Darcy from Thor, Randall Park will be back as Jimmy Woo the magic-loving agent from Ant-Man and the Wasp and Kathryn Hahn joins Marvel as a nosy next-door neighbour. 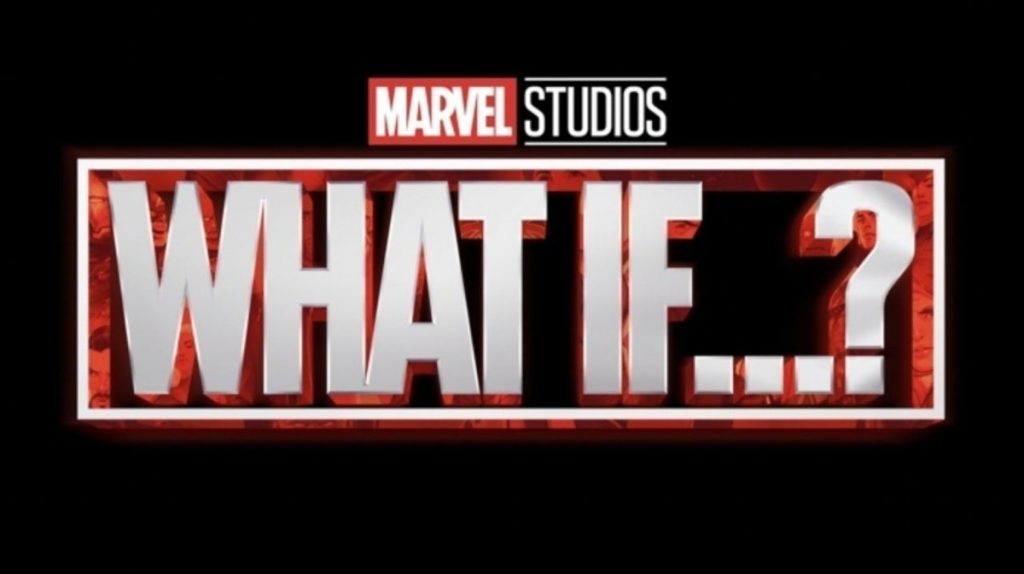 Expected to come out in 2021, the big news surrounding “What if…?” is that Marvel showed a video during the D23 expo with Peggy Carter as Captain America.  According to numerous online sources, the video showed Carter taking the place of Steve Rodgers in a World War II battle. Other highlights from the snippet include a Marvel Zombies episode as well as T’Challa attempting to steal a power sone in the famous Guardians of the Galaxy opening sequence.  The premise behind the show is to explore parallel realities where a single choice can branch into new and exciting possibilities, alternate worlds etc. 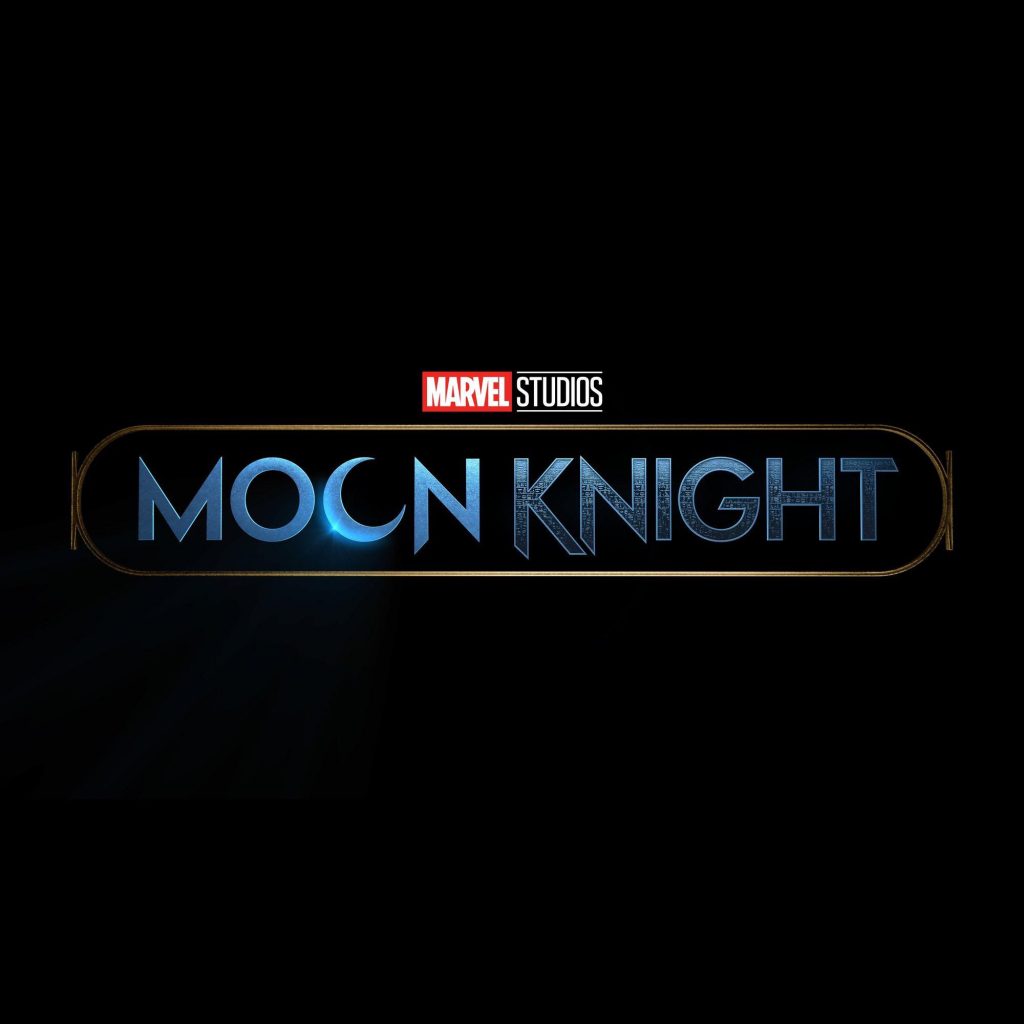 Currently in the works for the Disney+ streaming service is a series that has Marvel fans pretty gosh darn excited.  The program will follow former boxer and U.S. Marine Marc Spector who left the military to become a mercenary.  When a mission goes Awry in Egypt he was offered up to an ancient deity who gave him a second chance at life infusing him with enhanced powers- thus becoming the crime fighter Marvel fans have come to know and love- Moon Knight. 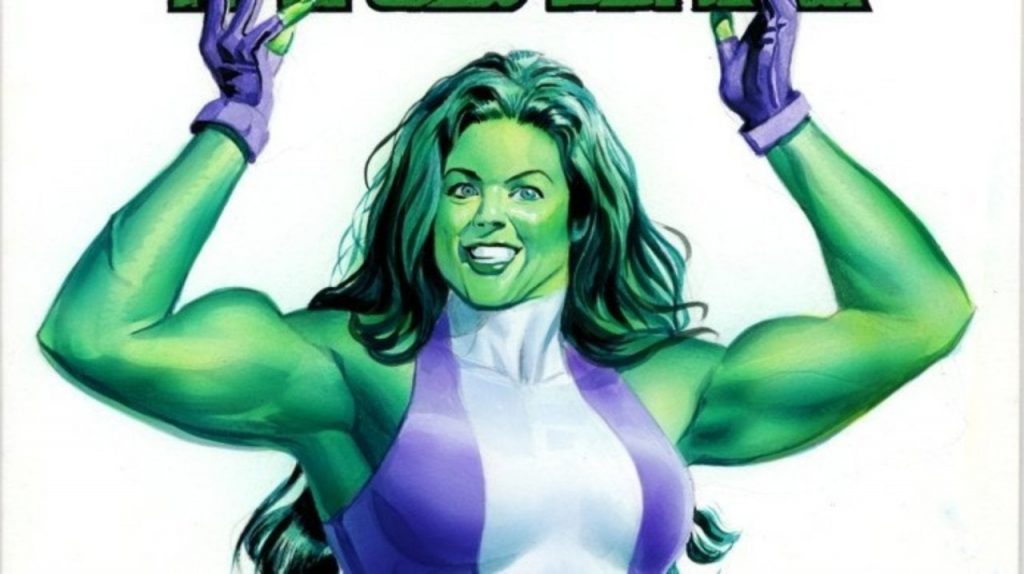 In another surprise announcement, She-Hulk will be getting a Disney+ series of her own.  After getting a life-saving blood transfusion from Bruce Banner, Jennifer Walters develops the same strength and green color as her famous Marvel cousin.  However, unlike Banner, She-Hulk has full control over her transformation powers.
For more information on this exciting new series check out this article. 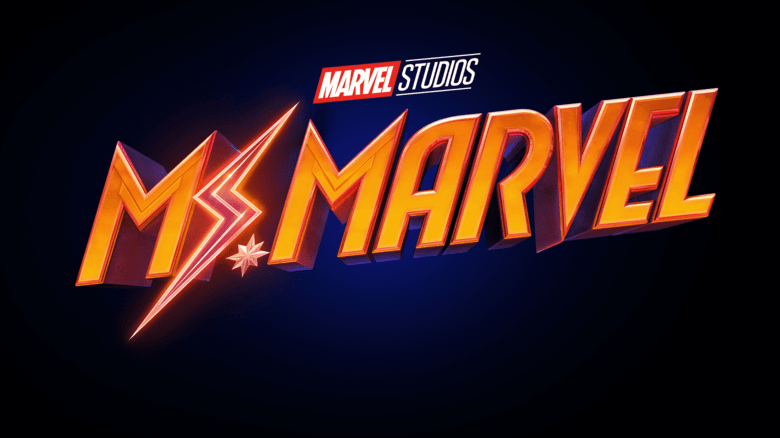 This TV series is one that definitely has tongues wagging. Slated for the Disney+ streaming series it follows the story of Kamala Khan a regular 16-year-old from Jersey City. The first Pakistani-American character was co-created in 2015 by Marvel and represents one of the biggest publishing successes in recent years.  In the series, Khan will gain shape-shifting powers after being exposed to Terrigen Mists activated by the Inhumans. A huge fan of Captain Marvel, Khan creates the alter-ego Ms Marvel in homage to Carol Danvers who is expected to play a key role in the series.  Writer Bisha K. Ali, who helmed Hulu’s Four Weddings and a Funeral series, will be the showrunner.  It has also been confirmed that after the series wraps, Khan will go on to appear in Marvel movies with Captain Marvel 2 seeming like a natural fit. 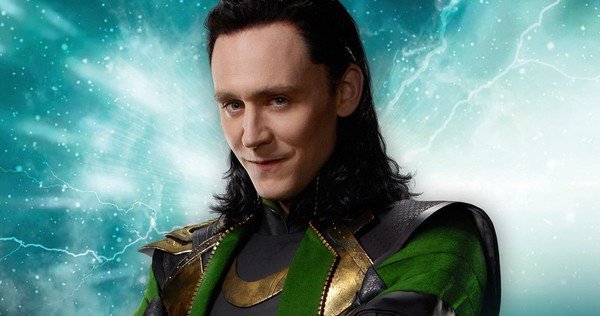 There wasn’t any ground-breaking news regarding this highly-anticipated Disney+ series where Tom Hiddleston reprises his role as Marvel baddie turned fan favorite- Loki. However, we do know that Kate Herron (Sex Education) will be in the director’s chair for all six episodes and that the script was written by Michael Waldron (Harmonquest.)  We also know that the show will focus on a time-travelling Loki making mischief across time and space! No news yet an a Disney+ release date but we’ll keep you posted! 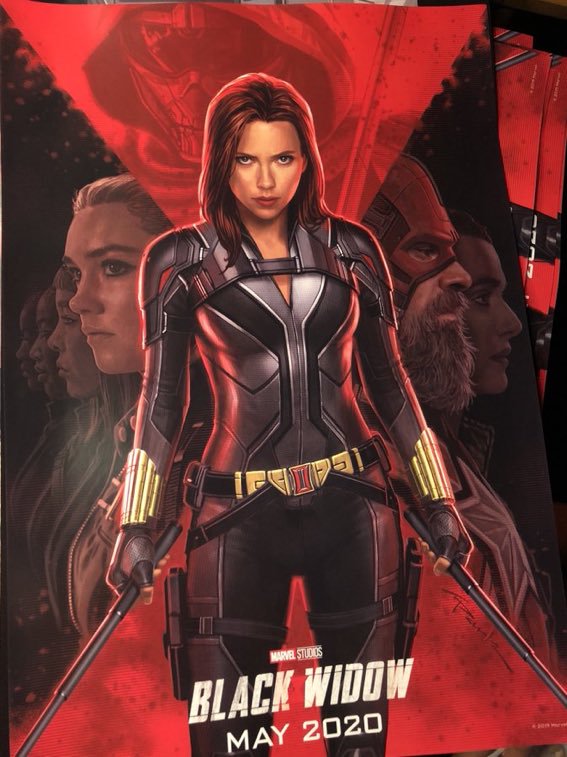 During D23, guests were treated to an extended trailer for this feature flick with Scarlet Johannson back as the title character. Thought the trailer has yet to be released online we can tell you that it begins with a re-cap of Natasha Romanoff’s appearances across the Marvel Cinematic Universe before moving to Budapest. This is followed by an action sequence showing multiple versions of the Black Widow in a fight sequence which suggests that perhaps the agency responsible for creating Natasha are out for revenge.  The trailer also gave guests the first taste of Rachel Weisz in the role of Melina! The film is currently slated for a Spring 2020 cinematic release! 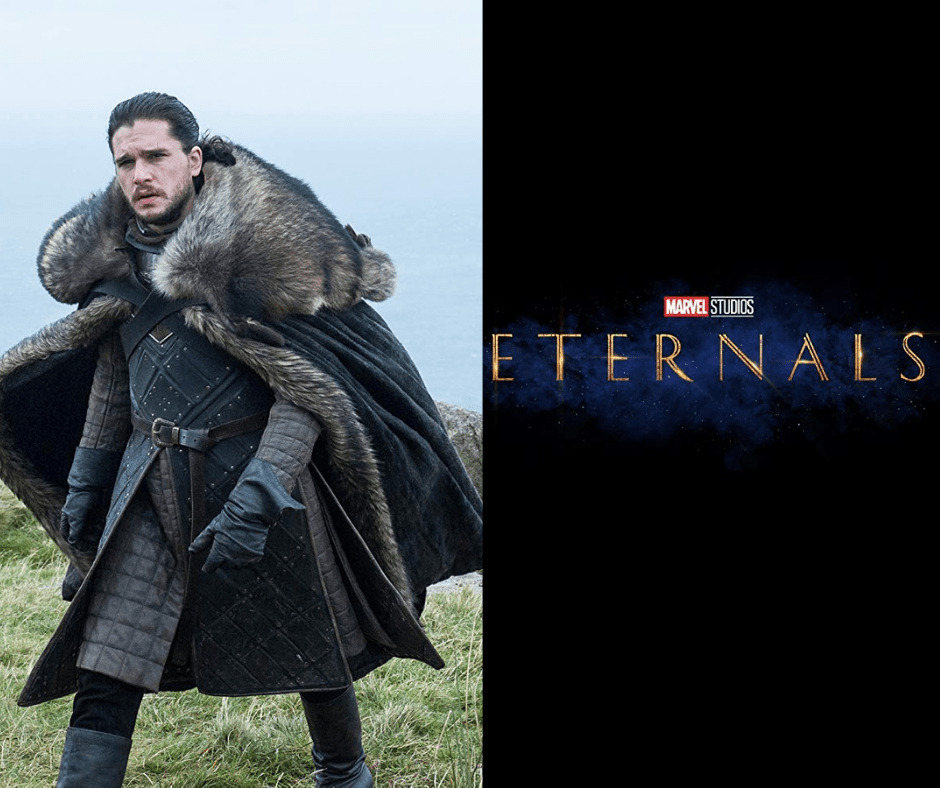 One of the biggest news bytes to come out of D23 is that Kit Harington will be joining the cast of Eternals!  Fiege confirmed that Harington will join (fellow GoT cast member) Richard Madden in the project. He will play the role of Dane Whitman AKA the Black Knight. Known for his skill with a sword and magical powers. Other members of the cast include Crazy Rich Asians actress Gemma Chan and Barry Keoghan (Chernobyl, Dunkirk) as Druig (a manipulator of energy and matter.) The movie is slated for a November 2020 release. 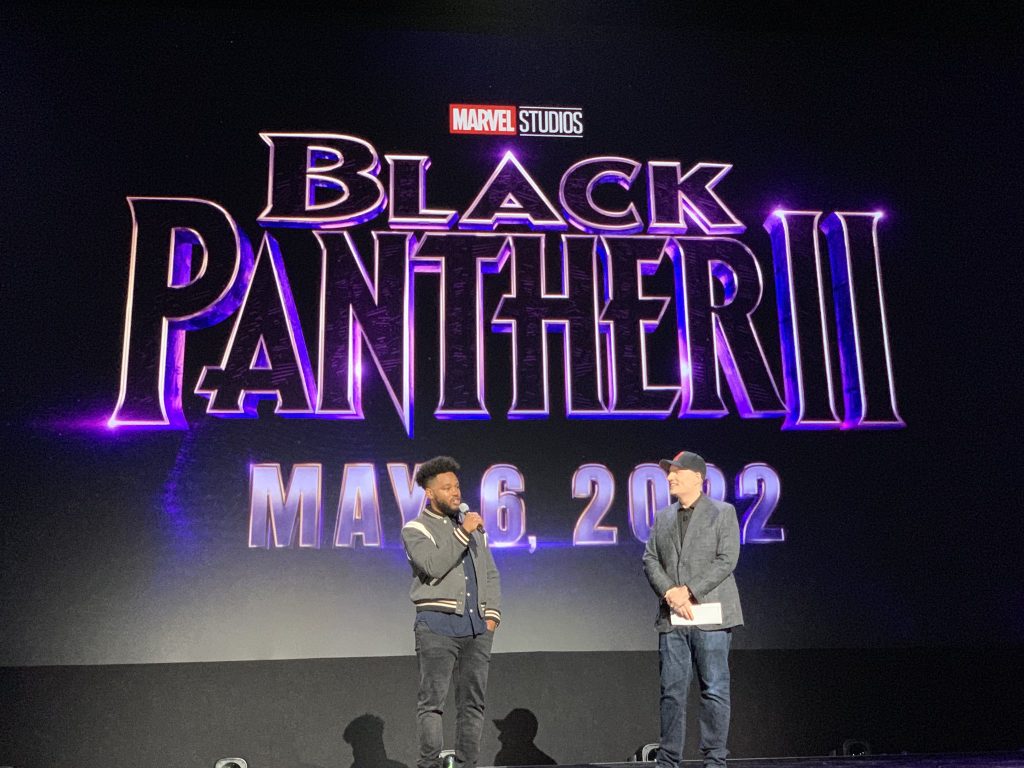 Wakanda Forever! We are delighted to share the news that it was officially confirmed that a sequel to the boundary-breaking Black Panther is slated for release in May of 2022! The sequel will be written and directed by Ryan Coogler. Little was revealed about the plot itself but many fans of the franchise are hoping that Kraven the Hunter, a character that Coogler admittedly has an affinity for will be the baddie! 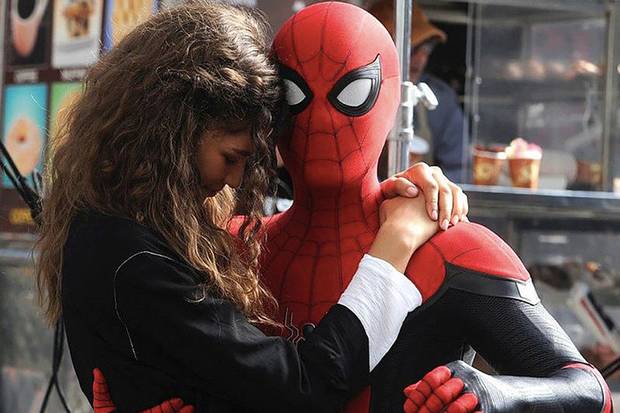 Though all of the news above are tidbits to certainly get excited about, there is one bit of news, that does make us feel a bit sad.  It has been confirmed due to a licensing agreement between Disney and Sony that it’s time to bid adieu to Spider-Man. Though Feige didn’t officially acknowledge the news during his Marvel presentation at D23, he did speak about it after the fact with Entertainment Weekly where he stated that “it was never meant to last forever.” Tom Holland was also on hand at D23 to give an emotional send-off to fans!
For more information about the end of Spidey’s run check out this article.
Readers are encouraged to keep following along with MickeyBlog for the latest Marvel news and updates.