Look Out: She-Hulk Is Coming To Disney+

Perhaps the most unexpected Marvel reveal at D23 was that of She-Hulk. A character created by the legendary Stan Lee, lawyer Jennifer Walters — a.k.a. She-Hulk — fights injustice day and night.

Just announced at #D23Expo: SHE-HULK, an original series from Marvel Studios, only on Disney+. pic.twitter.com/QjrxuWC4Ad

Though few details are available about the project, that didn’t stop anyone from being excited about Marvel’s prospects on Disney+.

One such project includes the launch of a She-Hulk series, finally bringing Jennifer Walters to live-action as the heir apparent to Mark Ruffalo’s take on Bruce Banner / Hulk.

Details are still scarce about the series at the moment, especially because it will likely be a while before the project comes to fruition. The first Marvel Studios series on Disney+ won’t launch until 2020, and their slate for the platform is already loaded until 2021…

She-Hulk will likely be a part of Phase 5 and could help pave the way for the newest storyline for Ruffalo’s character while also introducing a new hero who could leave the future of the MCU. 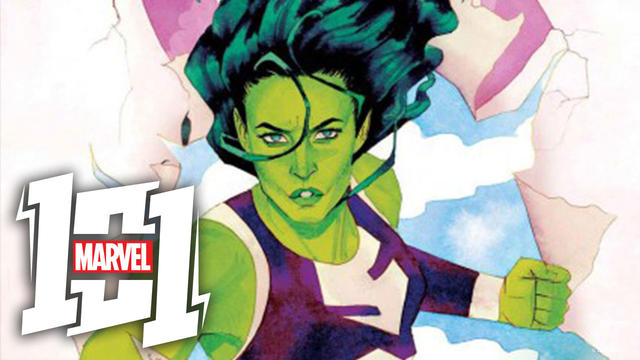 Lawyer Jennifer Walters was transformed into a Gamma-powered Super Hero thanks to her cousin Bruce Banner, and backs up her sensational strength with her savage wit and confidence.

After getting a blood transfusion from her cousin Bruce Banner, Jennifer Walters gained all the powers of the Hulk – and all the problems. But while she gained massive strength, she never lost her passion for justice.