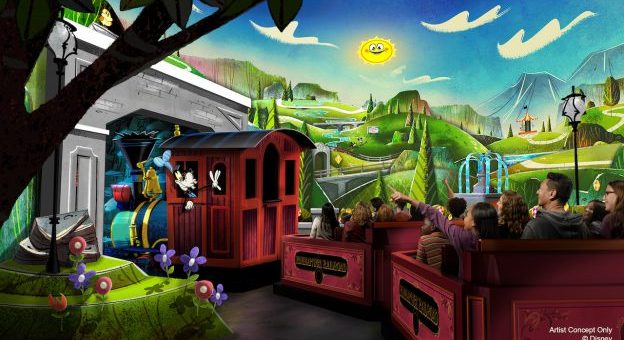 I have both some exciting and not so exciting news to share this afternoon. First off, let’s start with the exciting news: After months of speculation, Disney has confirmed that Mickey & Minnie’s Runaway Railroad will also be coming to Disneyland Park in the Disneyland Resort!

When Mickey & Minnie’s Runaway Railroad opens at Disneyland Park’s Toontown it will actually be the first ride ever dedicated to the Big Cheese himself! The ride will put Guests inside a Mickey Mouse cartoon short where the only thing to expect is the unexpected. During the ride, Guests will board a train featuring Goofy as the engineer. From there, prepare for a wacky, zany adventure full of surprise twists and turns.

Something exciting is coming to Mickey’s Toontown at @disneyland Park. Check out the @disneyparksblog today at 10 a.m. PT to learn about the news!

Once open, Mickey & Minnie’s Runaway Railroad will use a mix of state-of-the-art technology and dazzling visual effects to transform an original cartoon into an immersive and multi-dimensional experience – all set to a lovable theme song.

Mickey & Minnie’s Runaway Railroad in Toontown at Disneyland Park is scheduled to open in 2022. 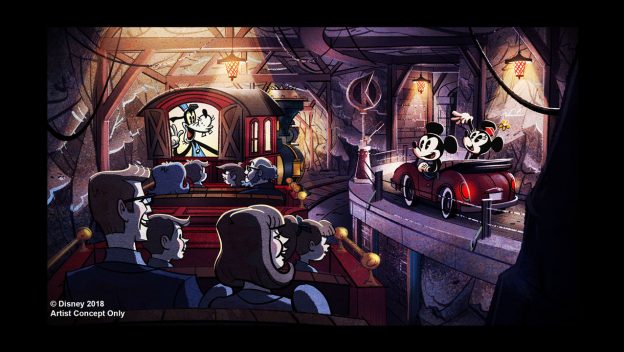 And, now for the not so exciting news. Those of us patiently waiting for Mickey & Minnie’s Runaway Railroad to open at Disney’s Hollywood Studios in Walt Disney World are going to have to wait a bit longer. Disney previously announced that the attraction would open for Guest’s enjoyment in Fall of this year. However, per today’s update, the ride will not open until Spring of 2020.

Are you excited about Mickey & Minnie’s Runaway Railroad? Let us know in the comments below!

Planning a visit to Disneyland or Walt Disney World? Fill out the form below or send an email to Holly@MickeyTravels.com for a FREE, no-obligation quote.  As an agent with MickeyTravels (a Platinum Earmarked Agency), I will be on hand to help you with everything from finding your perfect package to nabbing those hard-to-get dining and FastPass reservations. I work with all Disney Destinations. Best of all, my services are absolutely FREE. Get in touch via email at Holly@MickeyTravels.com or calling 954.401.9577. Also, make sure to CLICK HERE to follow along with my Facebook page for all things Disney and giveaways!