Are These Disney’s 10 Newest Princesses?

By now, you are probably aware of Disney’s $52.2 billion purchase of 21st Century Fox. With the transaction comes a whole new slew of characters that are now Disney characters. And, just like Princess Leia was unofficially coordinated a Disney Princess, Entertainment Weekly compiled the following list of 10 Fox characters that are soon to join the ranks of an unofficial Disney Princess.

She might have been a “Grand Duchess” with Fox but under the Disney umbrella, she is now a Disney Princess! This one shouldn’t be too hard to accept, as many think Anastasia was a Disney movie anyways!

Metamorphic Chanel Oberlin might be top of the class for this list of new unofficial Disney Princesses. She oozes confidence and a keen fashion sense that is a must for any princess.

Annabeth is the daughter of goddess Athena. That’s a princess in my book!

Neytiri should be a shoo-in just like Princess Leia. When Disney opened up Pandora – The World of Avatar at Disney’s Animal Kingdom, Neytiri played by Zoe Saldana in Avatar, was a Disney Princess from that point forward. 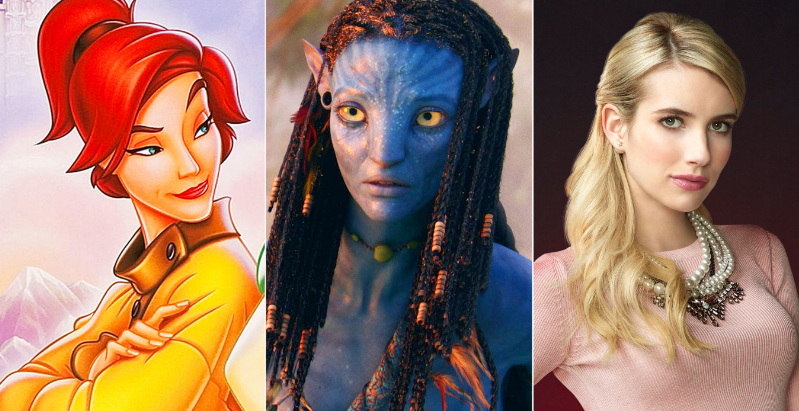 Hang with me on this one – as this one is from a show within a show. Dee on Always Sunny in Philadelphia played the role of the Coffee Shop Princess who fell in love with a tiny boy who became the Dayman. By default, she’s an unofficial Disney Princess too!

Even though she is real and not from an imaginary tale, Crown Princess Tilde of Sweden also has to count in the ranks of new Disney Princesses.

She might not be regal but if you think about it, Edwards Scissorhands might be one of Fox’s biggest fairytales. In the film, Kim is finding a way to escape her provincial, suburban existence which screams Disney Princess in my book.

Ellen Ripley and Mulan could be compared to one another. Both are non-royal heavy hitters. So, since Mulan is a Disney Princess so is Ellen Ripley.

9. Cornelia from Planet of the Apes

There was a royal ape family and if you turn to Wikipedia, the princess can be described as Oaka who is also the wife of Bryn which in turn makes Cornelia the matriarch of the apes.

10. Statue of Liberty from Planet of the Apes

What do you think of this list of potential Disney Princesses? Let us know in the comments below!

Planning a visit to Disney Destination Fill out the form below or send an email to Holly@MickeyTravels.com for a FREE, no-obligation quote. When you book your vacation with me by March 31, 2019, you will receive a Disney Gift Card with your final travel documents! Some restrictions apply. As an agent with MickeyTravels (a Platinum Earmarked Agency), I will be on hand to help you with everything from finding your perfect package to nabbing those hard-to-get dining and FastPass reservations. I work with all Disney Destinations. Best of all, my services are absolutely FREE. Get in touch via email at Holly@MickeyTravels.com or calling 954.401.9577. Also, make sure to CLICK HERE to follow along with my Facebook page for all things Disney and giveaways!