What’s the themed element on a Disney ride that you’re most likely to take for granted? The answer is the one that you sit on. Once you’re positioned in a ride cart, your eyes instantly start gazing at the rest of the attraction. You want to appreciate every precise detail that Imagineers have added to accentuate the ride experience. You tend to forget about the thing that you’re riding in, though. Let’s change that today. Here are the nine best ride carts at Walt Disney World.

9) Viking Boat – Frozen Ever After

What does the Viking Boat look like? Remember that this attraction is technically set in the fictional land of Arendelle. Knowing Disney fans remember when Maelstrom was the pride of the Norway Pavilion, though. That attraction celebrates the legacy of mighty Viking sailors, creating a sea vessel worthy of their name. 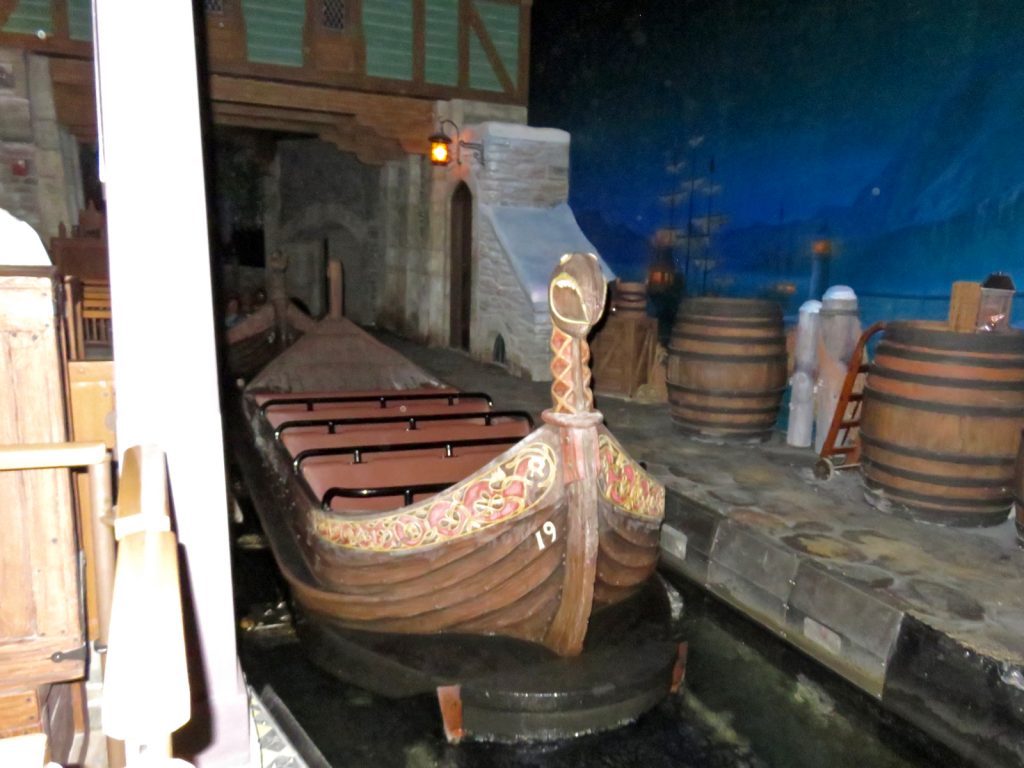 The modified version of the Viking Boat on Frozen Ever After isn’t much different. It’s stylish and sleek but impossibly Norwegian in design. All it needs is a stein of mead to the complete the vibe that you’re a mighty warrior sailing the seas.

The premise of Big Thunder Mountain Railroad is that you’re on a runaway mine train traveling through a ghost town in the Old West. The ride cart on the attraction is part of an extended train, and it’s intentionally bumpy by design. This isn’t a smooth ride experience, so the ride cart does little to cushion your body from the rough terrain. You’ll genuinely believe that you’re in peril due to the realism of your coaster cart. 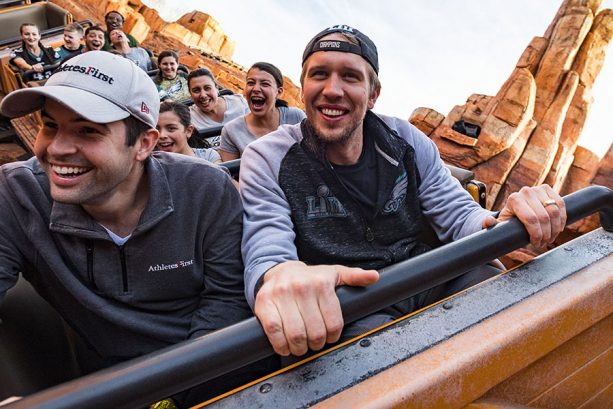 Pixie dust is that special ingredient that makes every Disney trip feel special. On Peter Pan’s Flight, the sensation is more acute, as a cast member sprinkles the magical ingredient on your air boat at the start of your journey. This mystical stardust causes your boat to soar into the air and fly above the city of London on its way to Neverland. While the ride cart doesn’t do much, the sails on the front of it are such a nice touch that it accentuates the entire ride experience. 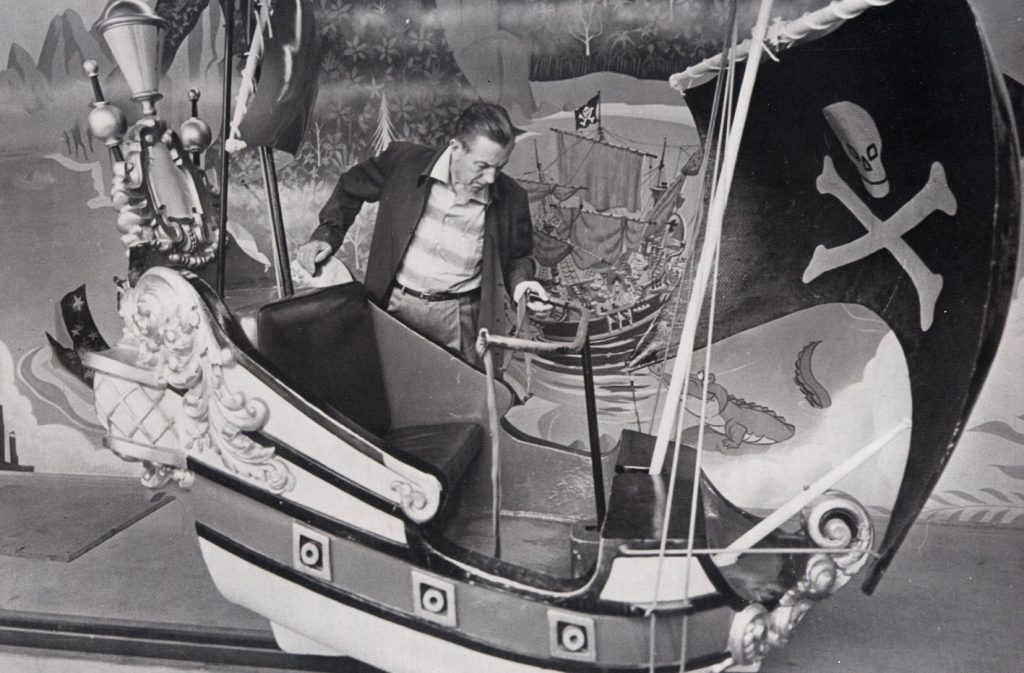 You drive a time machine on this ride! Also, the time machine is rugged and durable enough that it can cover the impossible terrain of the Cretaceous period. That wasn’t an era known for its paved roads. The Time Rover is massive enough to transport a dozen guests at once, and its engine is powerful enough to outrun a falling comet. That last tidbit means that it’s the determining factor in whether or not you survive the ride. Visually, the Time Rover is one of the most engaging ride carts, too.

Then again, the Time Rover can’t compete with the next two rides in terms of aesthetics. They’re the most gorgeous of the bunch. The Test Car is by all rights a true automobile in all ways but an engine…and car doors. It has that look and feel, with a dramatic blue sports car design. The only “flaw” with the ride cart is its beauty. You won’t want to risk such an attractive vehicle in a Test Track simulation.

In terms of good ideas, the Stretch Limousine is top two on this list for me. I adore the fact that some Imagineer had an epiphany about the ride concept. A famous rock band like Aerosmith rides around in limousines. When they want to transport their fans across town, OF COURSE they’ll have spare stretch limousines available for such occasions.

When you board this coaster, you’ll feel like you’ve walked past the velvet rope into an exclusive area. Plus, the harness on these vehicles causes that brief moment of doubt about whether riding the coaster is a good idea. Three seconds later when you’re breaking the speed limit, you still might not have your answer. You’ll be thankful for the harness, though.

3) Mine Cart – Seven Dwarfs Mine Train

The last three attractions deserve acclaim for their beauty. The next two are all about the ride experience. On Seven Dwarfs Mine Train, the ride cart sways back and forth, adding unprecedented motion to the roller coaster. The swiveling enhances the immersive nature of the attraction. You genuinely feel like a miner journeying into the unknown depths and then returning to daylight. The wooden treatment on the ride cart is a nice touch, too.

The Slinky Car on Slinky Dog Dash represents Disney Imagineering at its finest. The bright, colorful carts promise childish delight on the attraction. The interior is spectacular in its attention to detail. The parts bear an uncanny resemblance to cheap manufactured parts, the kind that you’d expect in a toy car.

These are the little thing that Disney thinks about as they plan their rides. And their attention to detail factors heavily into the ride experience, also. The Slinky Car feels like one part of a larger piece, a bit of metal waiting to return to its core. It’s a remarkable feat that exemplifies the best aspects of Disney creativity AND theming. 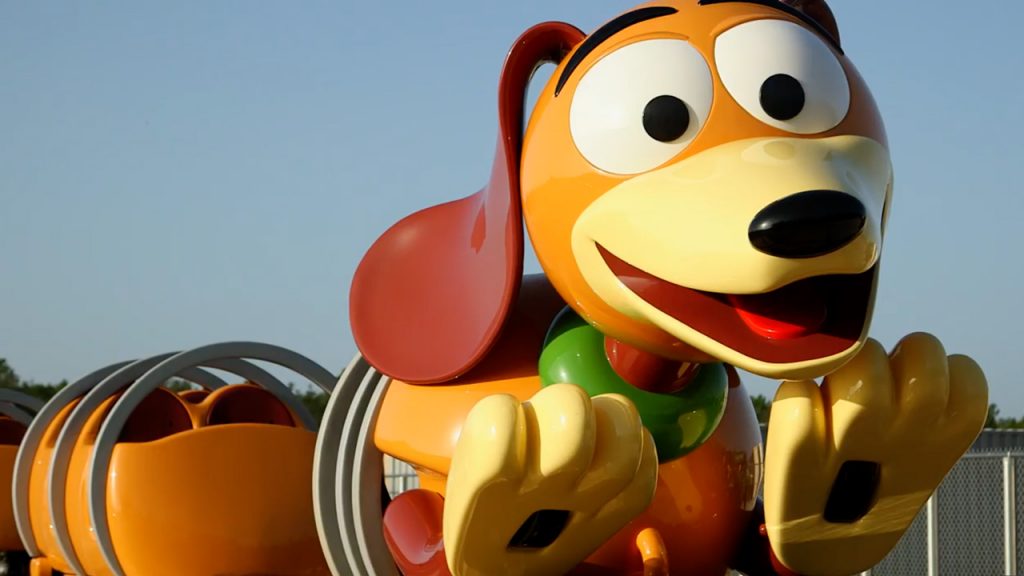 Oh, come on. You knew what was going to win. In Disney theme park lore, the Doom Buggy towers above the rest of the competition. It’s the most memorable and distinct ride cart ever constructed, a kind of mobile tombstone. Isn’t that a terrifying thought? When you board a Doom Buggy, the dark and ominous carriage signifies an unpleasant experience is impending. 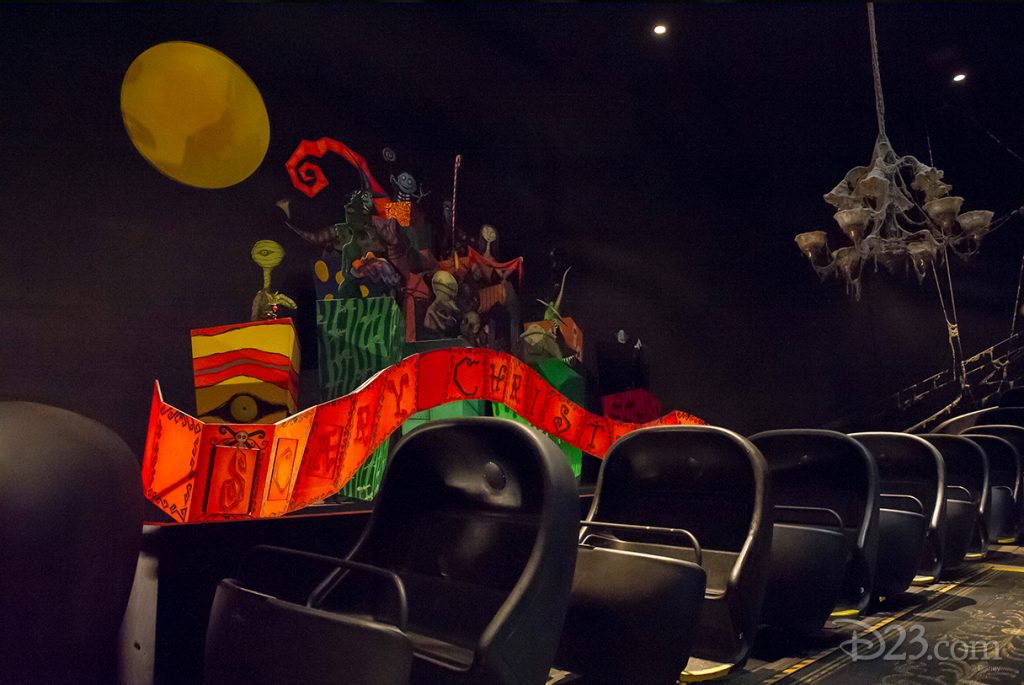 Perhaps the most fitting part is that once you sit down, the ride closes in on you, trapping you in a driverless vehicle. You’re helpless as you enter the Haunted Mansion. Its passenger buggy dooms you to spend the next few minutes with 999 Happy Haunts, all of whom are feeling a bit mischievous. The Doom Buggy is now and always will be the gold standard in theme park ride cart design.