Disneyland Hotel is Decked Out for Disney100 Celebration!

Disney invited MickeyBlog to an exclusive media event and our MickeyBloggers just arrived in Southern California! Upon their entrance into the Disneyland Hotel, they noticed that the lobby is decked out for the Disney100 Celebration!

The Disney100 Celebration officially begins on January 27, 2023. That being said, we’ll be sharing some special sneak peeks with you in the next couple of days, thanks to a special invitation from Disney! Fabulous nighttime spectaculars include Wondrous Journeys at Disneyland Park and World of Color – ONE at Disney California Adventure Park. MickeyBlog will be at the premiere of both events to give you a first look at Disney100’s exclusive entertainment offerings, so stay tuned!

The Disneyland Hotel is a special place at Disneyland Resort. It sits at the end of the Downtown Disney District, allowing Guests to travel to the Parks with ease while getting in some shopping along the way!

Opening in October 1955, just 3 months after Disneyland’s debut, it was the first hotel to bear the Disney name. Needless to say, it holds a special place in the hearts of Disney fans!

Let’s take a look at some of its decorations for the Disney100 celebration! 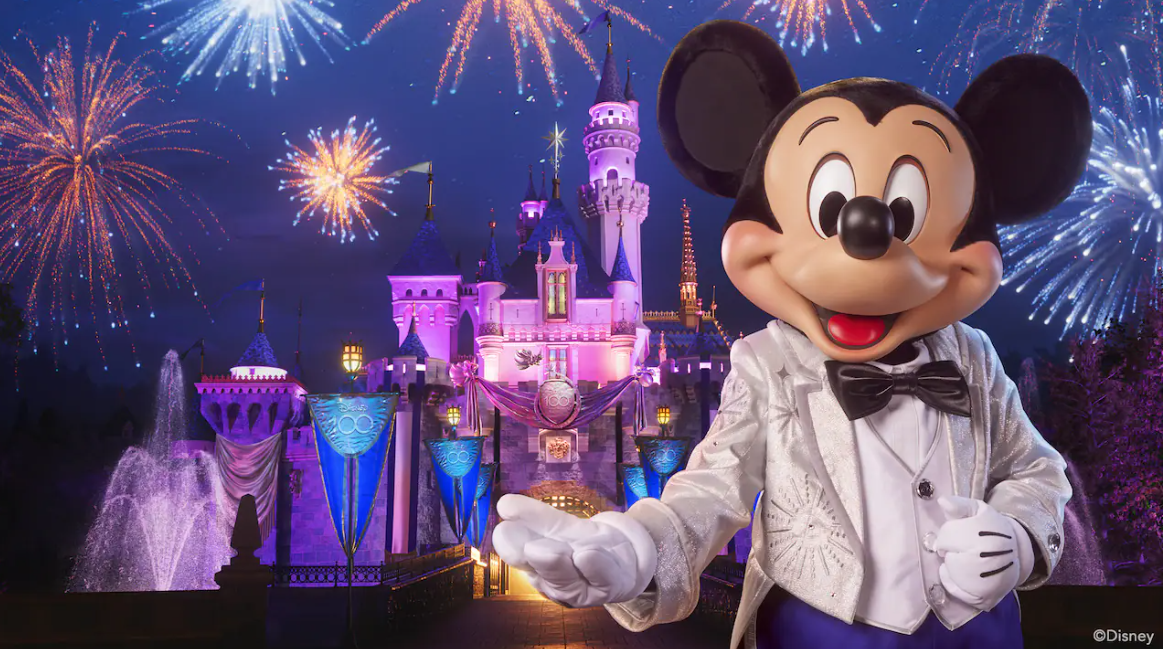 Check out this charming black-and-white backdrop in the lobby! Right away, you’ll notice some classic characters as well as nods to The Walt Disney Company’s history. 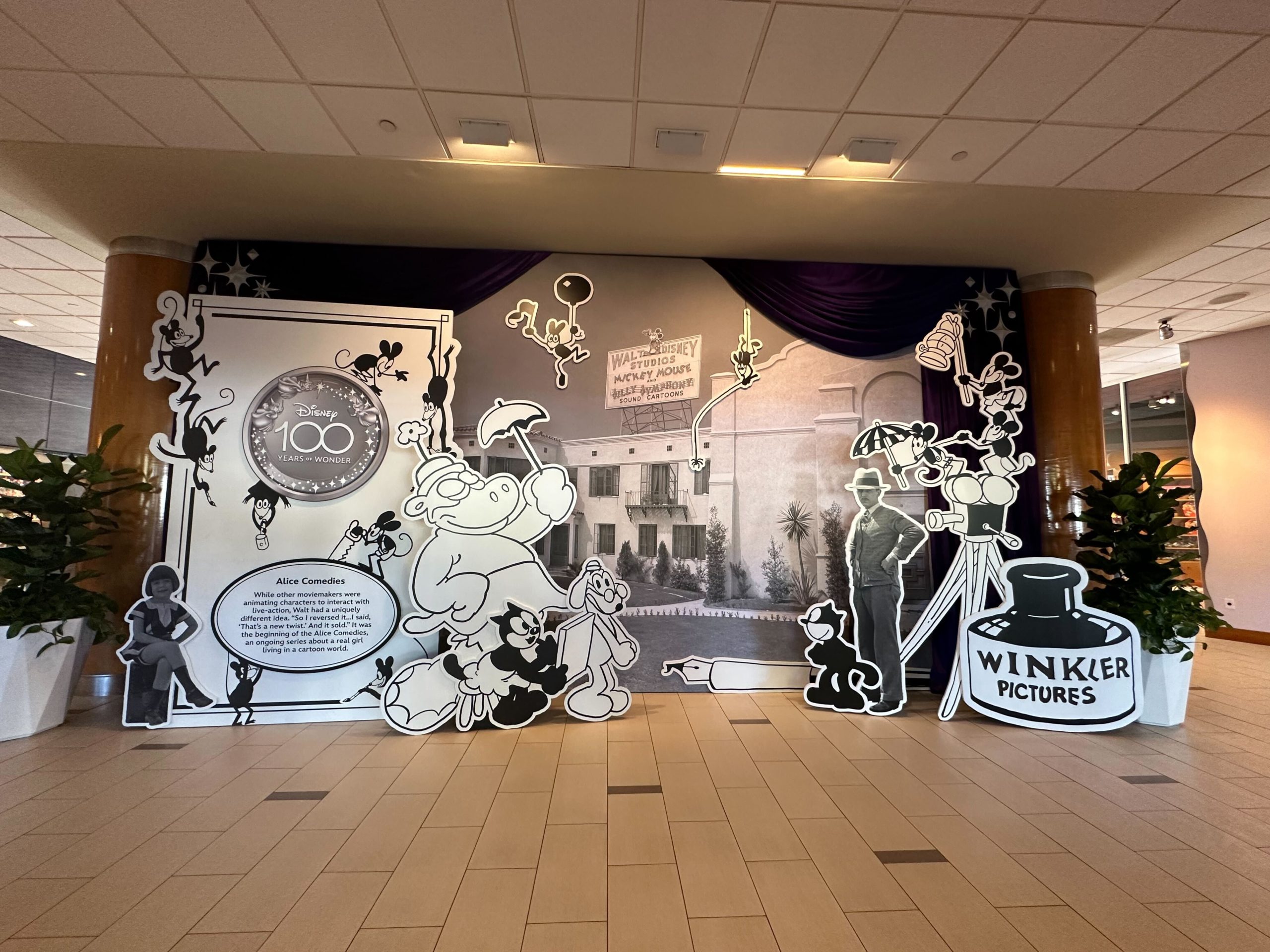 On the left is a Disney100 Years of Wonder logo, complete with a magical touch from Flora, Fauna, and Merryweather from Sleeping Beauty! 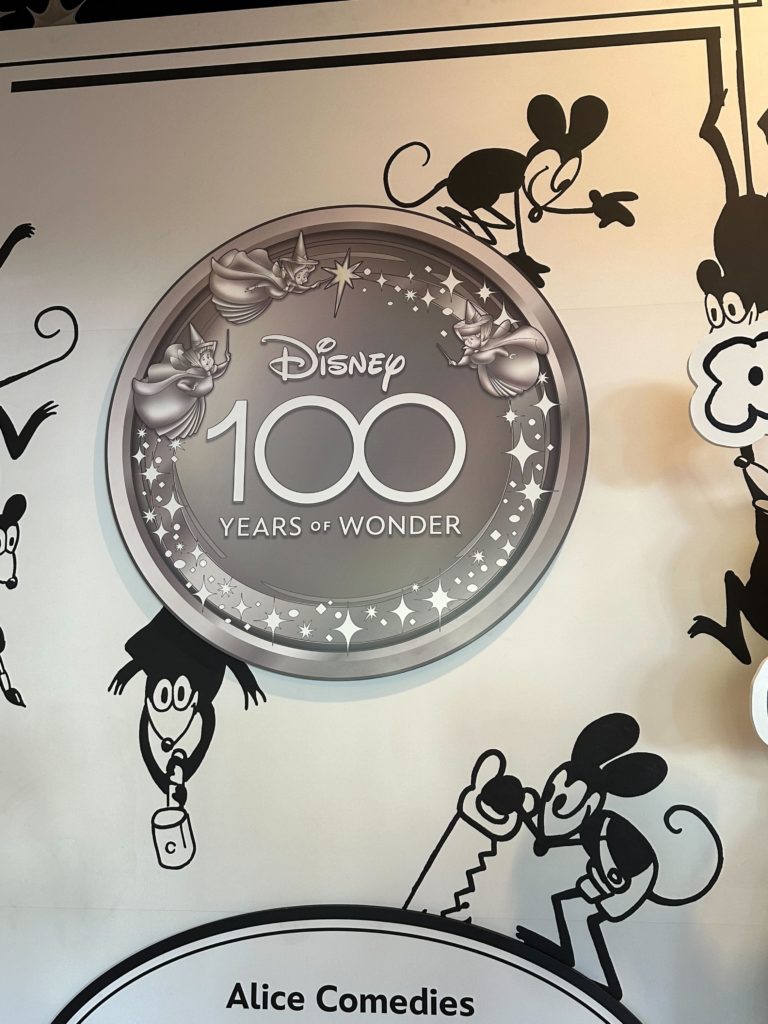 Below, is a blurb about Alice Comedies. 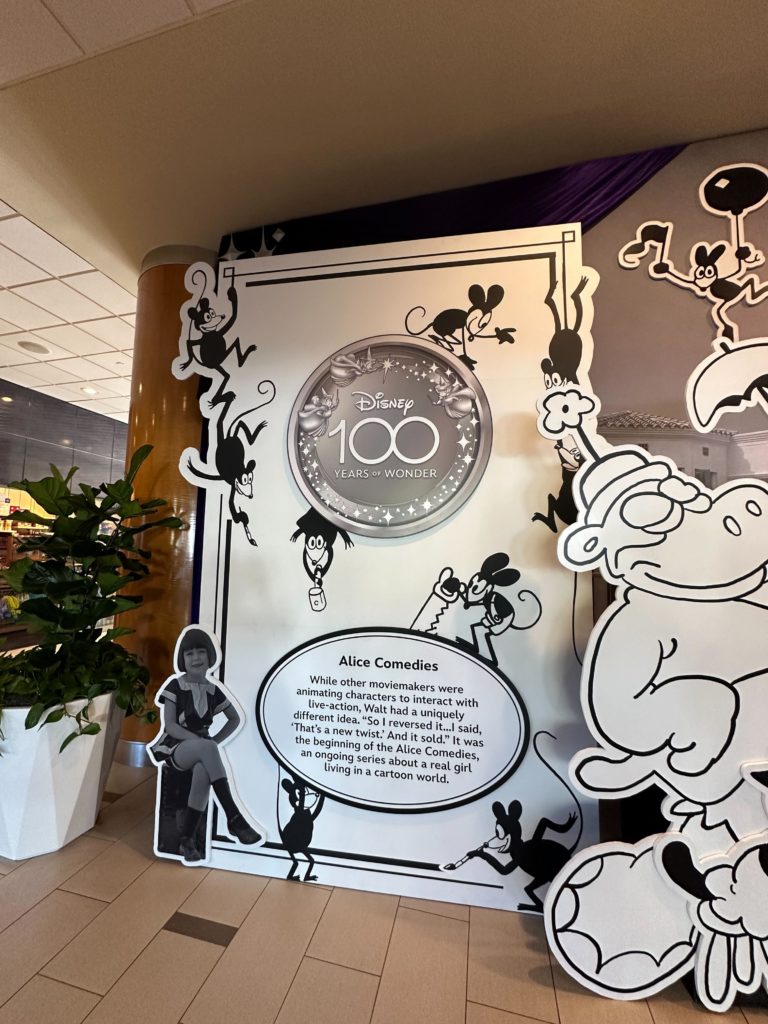 The ongoing series followed a real girl living in a cartoon world. 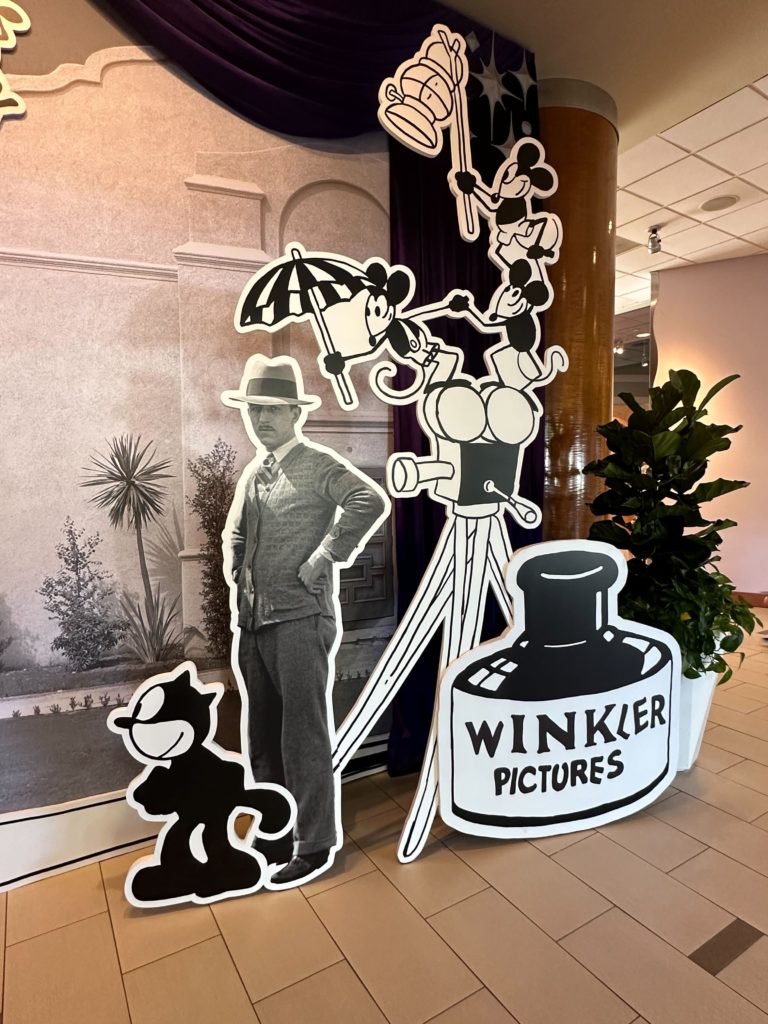 Over on the right is Walt Disney himself! Winkler Pictures was a film distribution company that owned the rights to the Alice Comedies. According to The Disney Wiki, it also “outsourced production for Universal Pictures’ Oswald the Lucky Rabbit series to the Walt Disney Studio.” 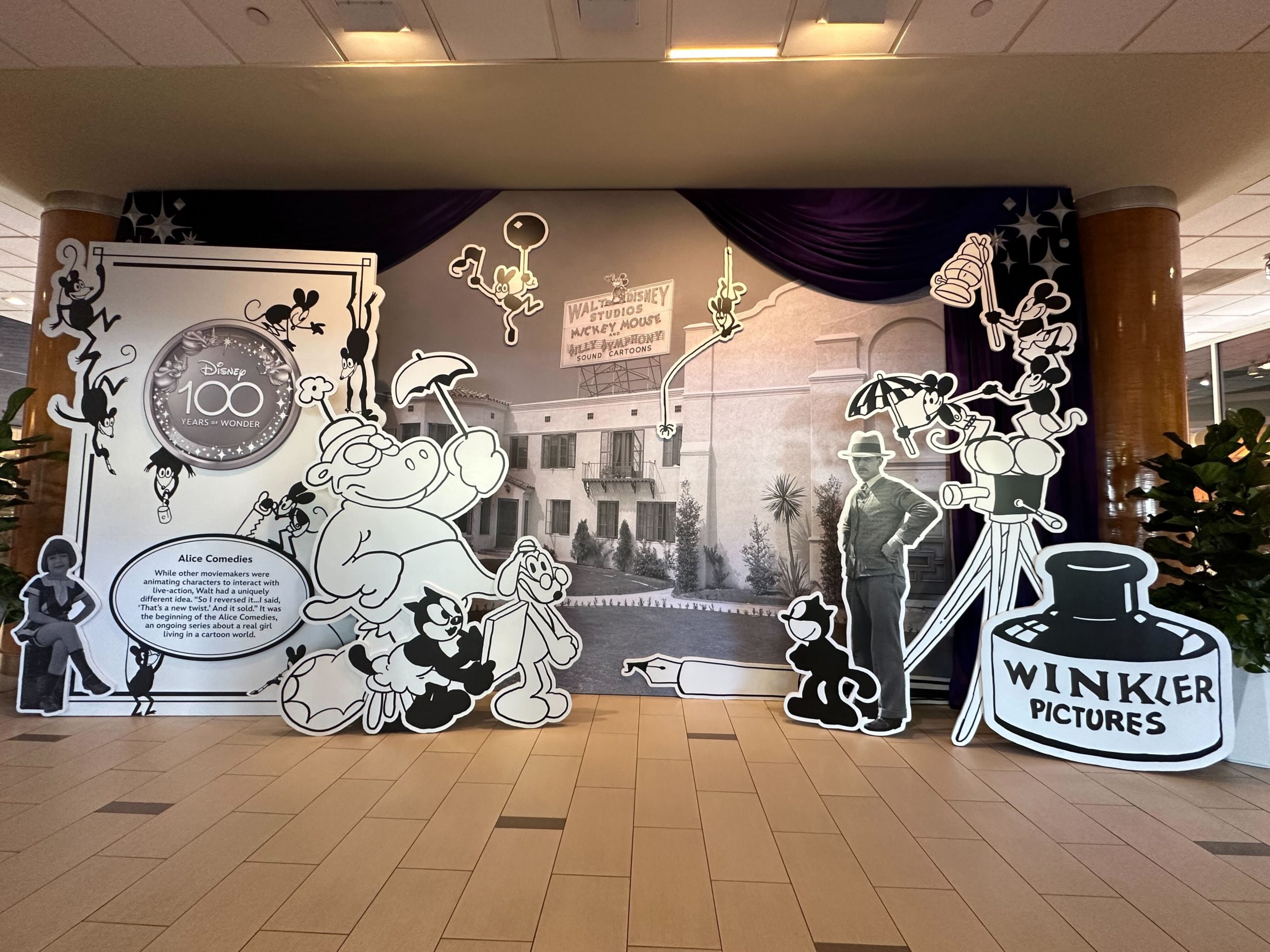 We hope you enjoyed this special look at the Disneyland Hotel! Continue following along with us here at MickeyBlog as we share the latest from Disneyland Resort for the Disney100 Celebration!