Our MickeyBloggers were heading to the Parks today when they noticed something new along the way. Iconic character silhouettes have been added to the Disney Vacation Club blue van billboard!

Located on Buena Vista Drive, the sign was refurbished last September. Scaffolding was initially erected in July 2022, around the formerly red structure. 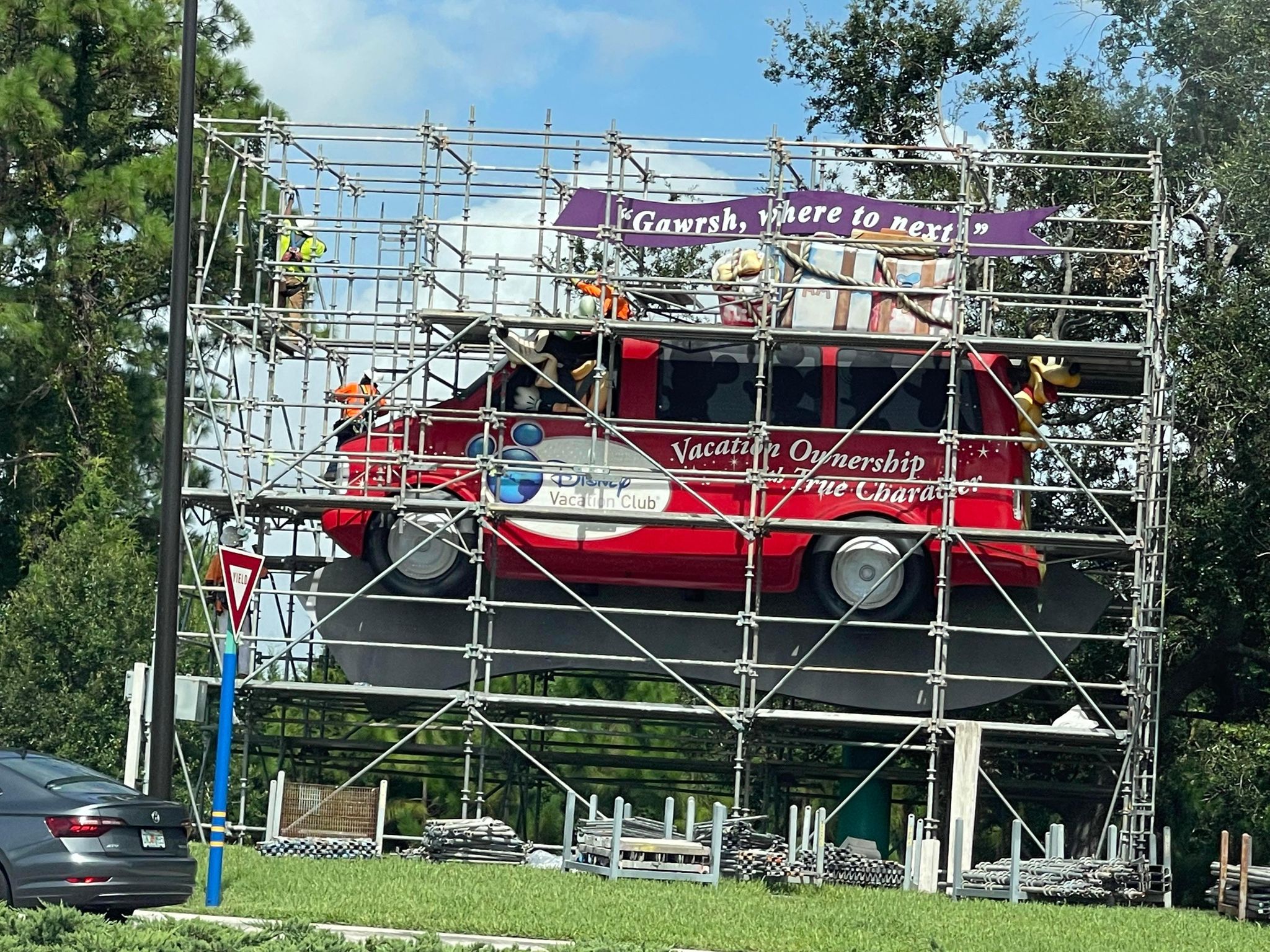 Disney changed the van’s color from red to blue but kept its main characters the same. Goofy’s driving, while Pluto enjoys a ride in the back.

The side of the van says, “Disney Vacation Club” and bears its logo. Overhead, a purple sign says, “Stay Magical Year After Year.” 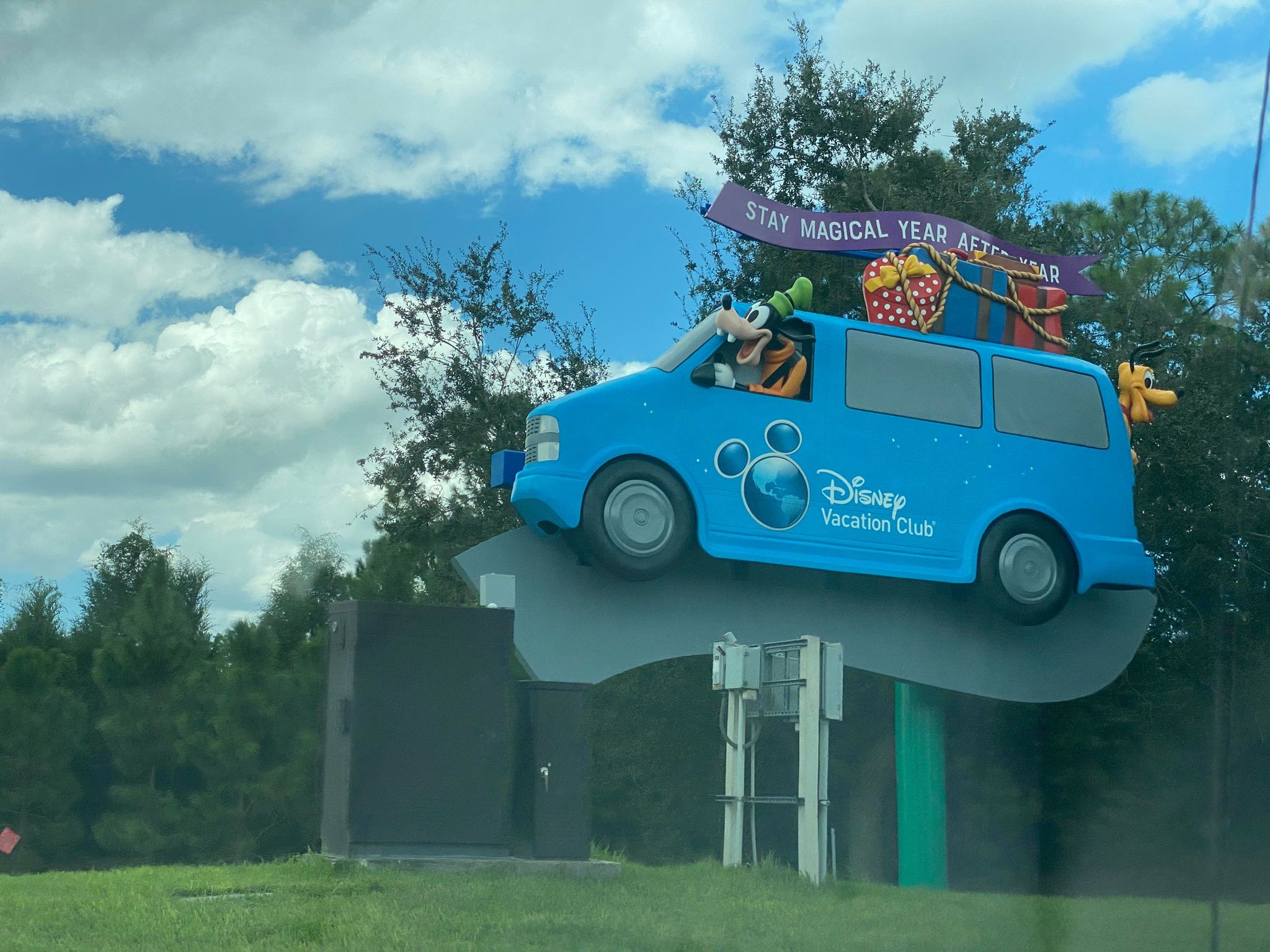 As you can see in the photo above, after refurbishment, the windows were covered with gray. While the red van included silhouettes of Disney characters, they were noticeably absent from the new billboard.

That is, until now! We are so excited to see the characters back in their rightful spots again. 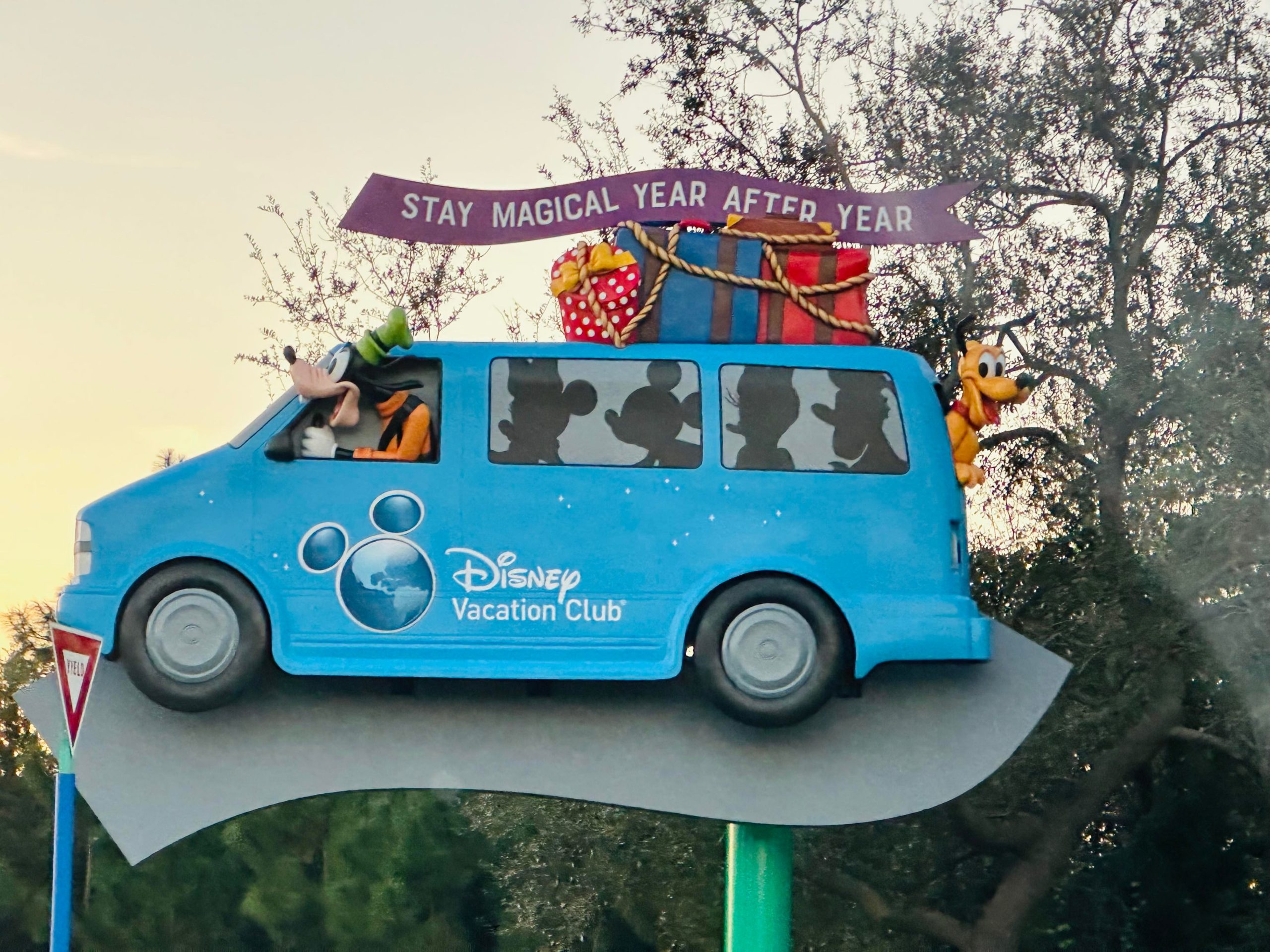 The sensational six add such a magical touch! As you can see, Minnie Mouse is in the front, followed by Mickey Mouse, Daisy Duck, and Donald Duck! 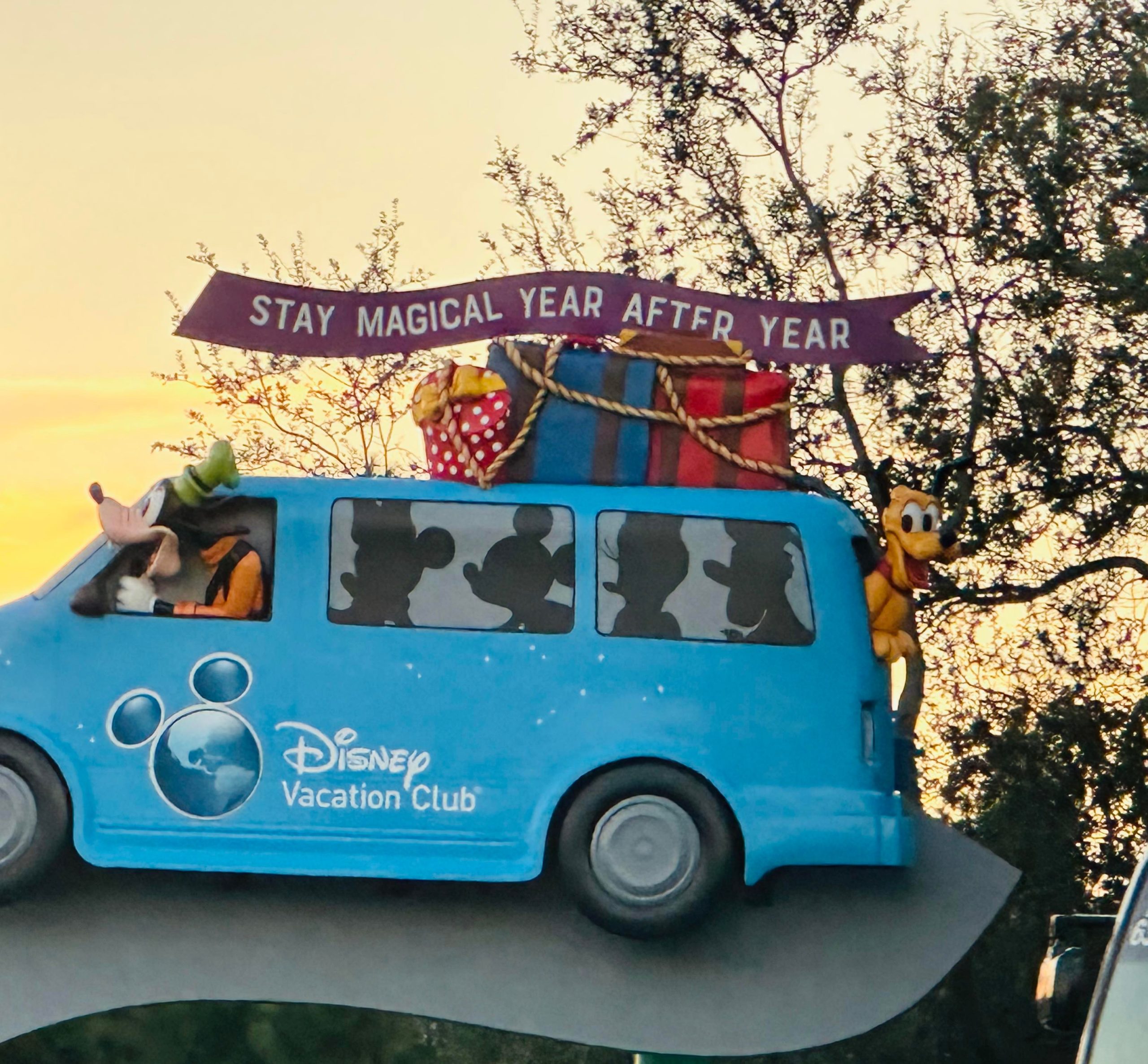 It looks like the friends are heading on vacation! Their bags are packed and tied to the top of the car. 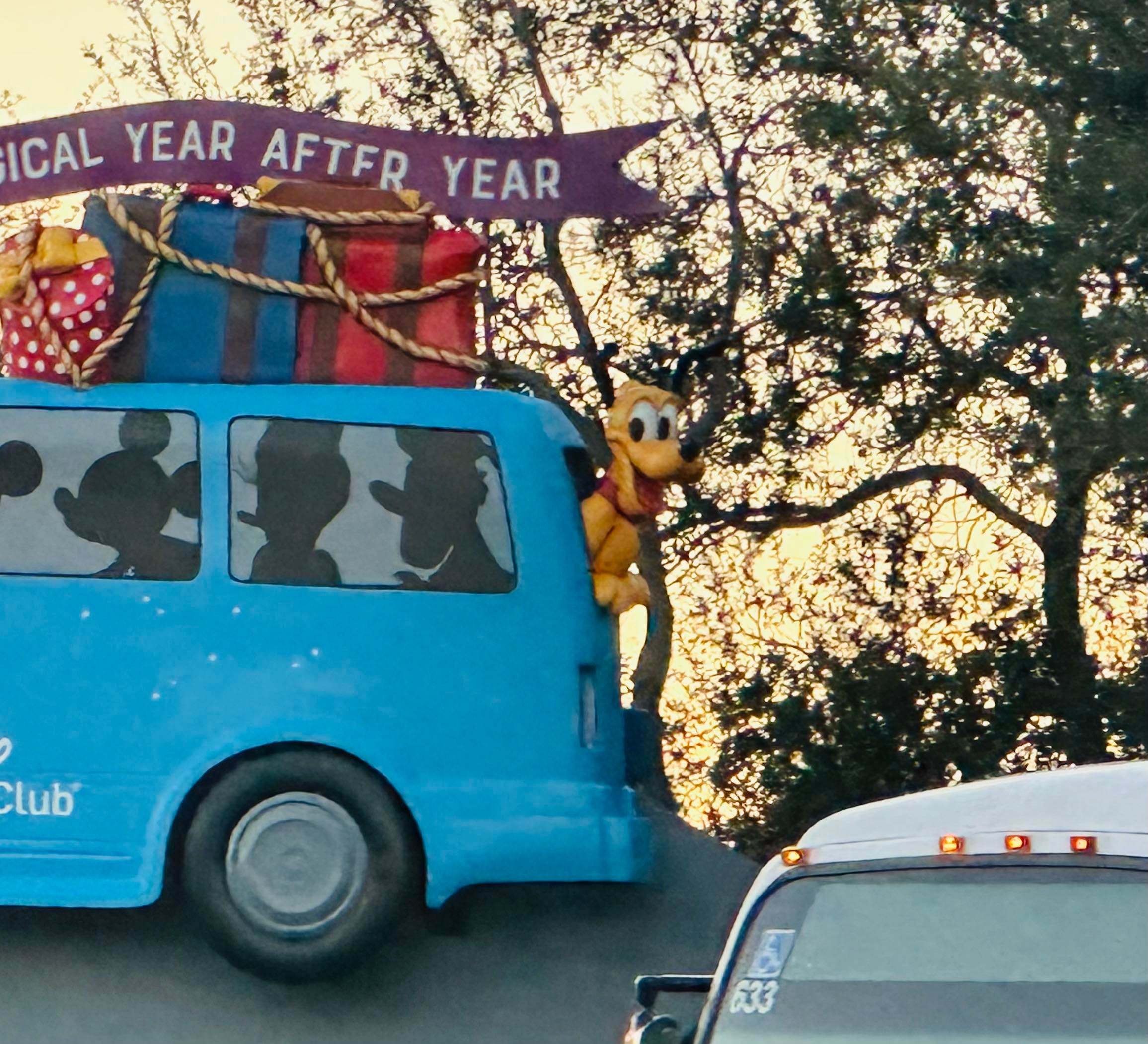 Fans get used to seeing special touches like this. Sometimes, little details make a great impact! 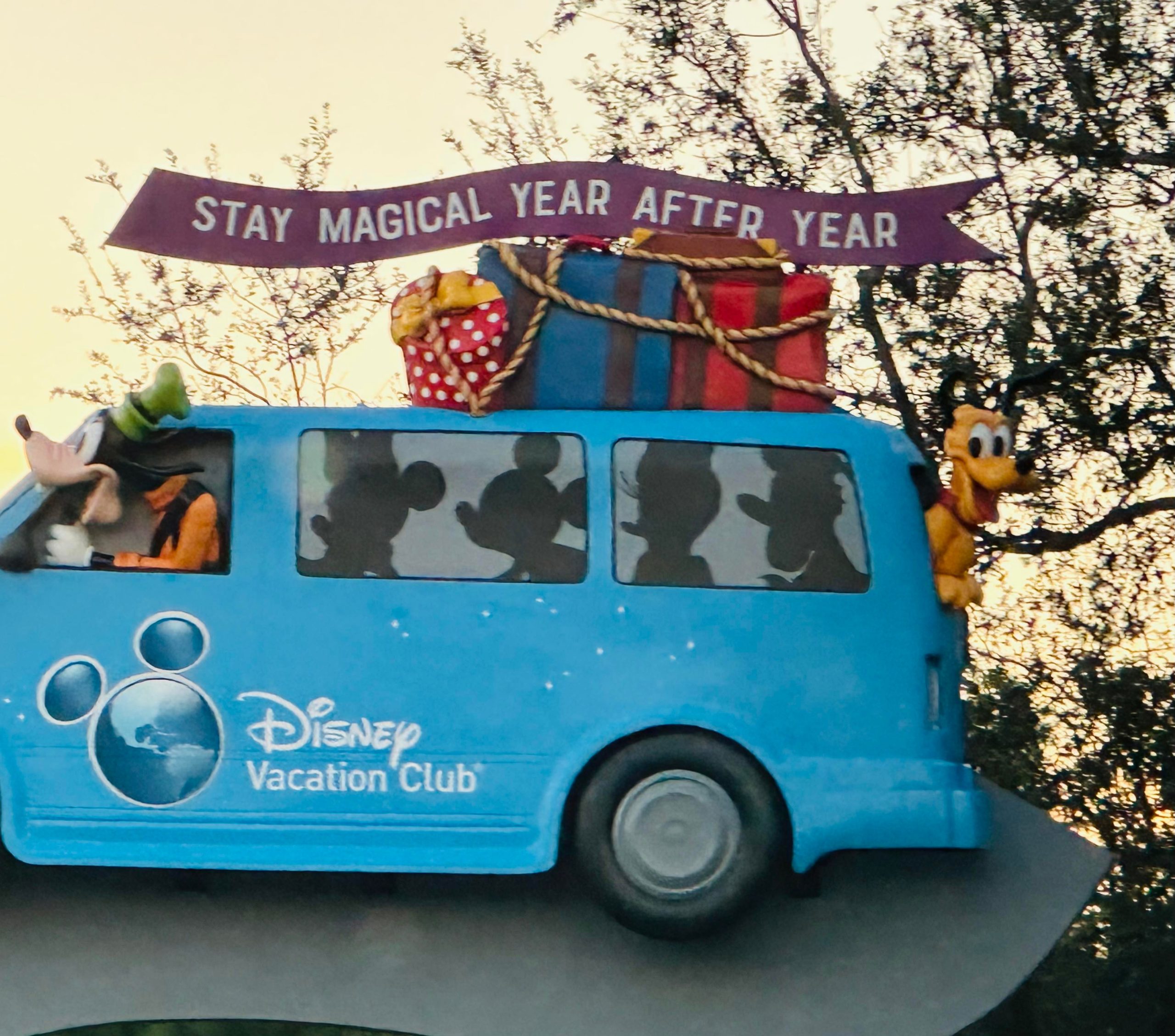 Through Disney Vacation Club, Guests can purchase a real estate interest. The flexible timeshare is represented by Vacation Points.

Points can be used to book amazing accommodations at Disney Resorts and other destinations. DVC offers the freedom to choose when, where, and how often you want to vacation. 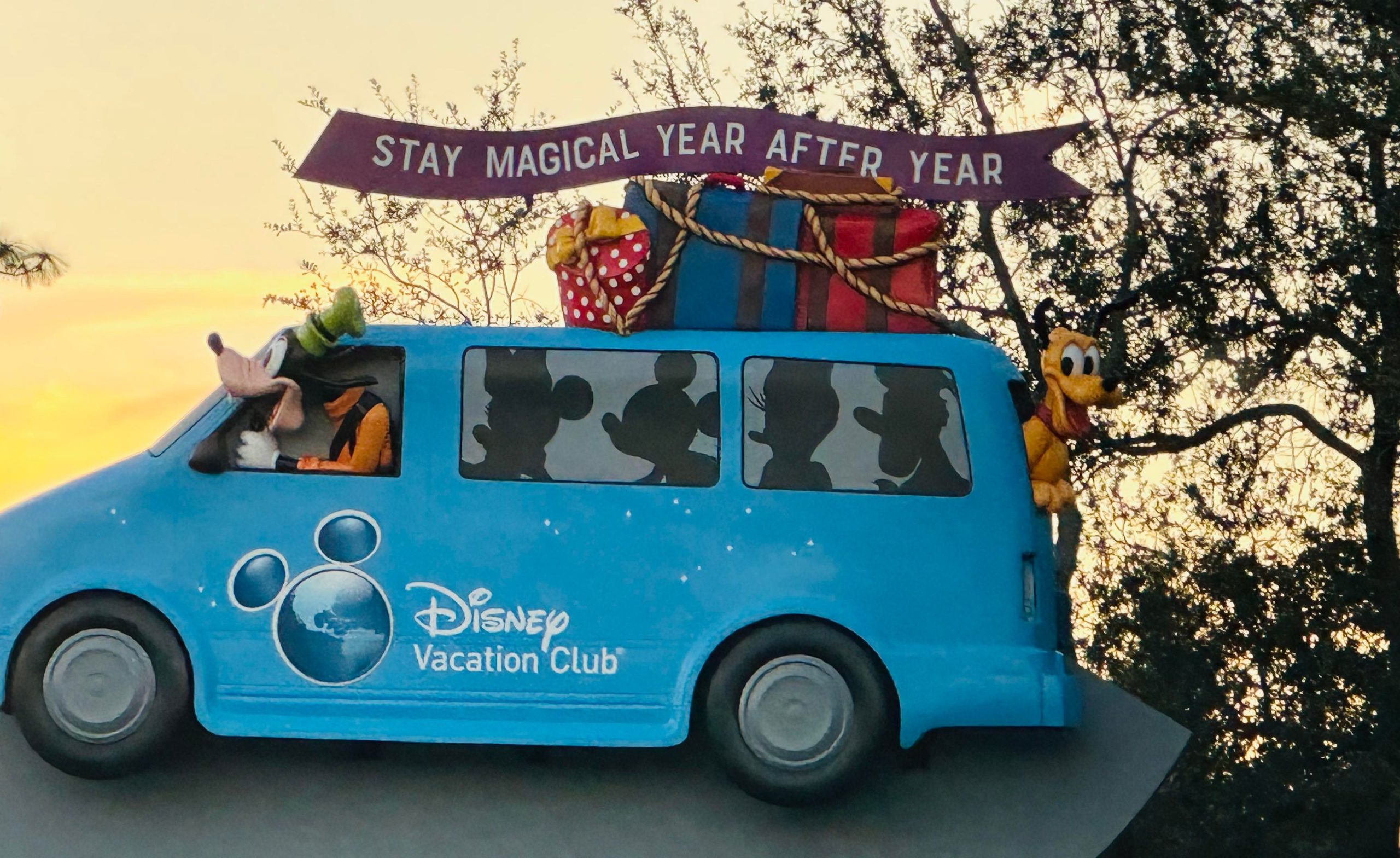 Guests can save up to 50% on future accommodations over the life of their Membership. Disney invites fans to enjoy magical vacations, benefits, and unrivaled Disney service with Disney Vacation Club! 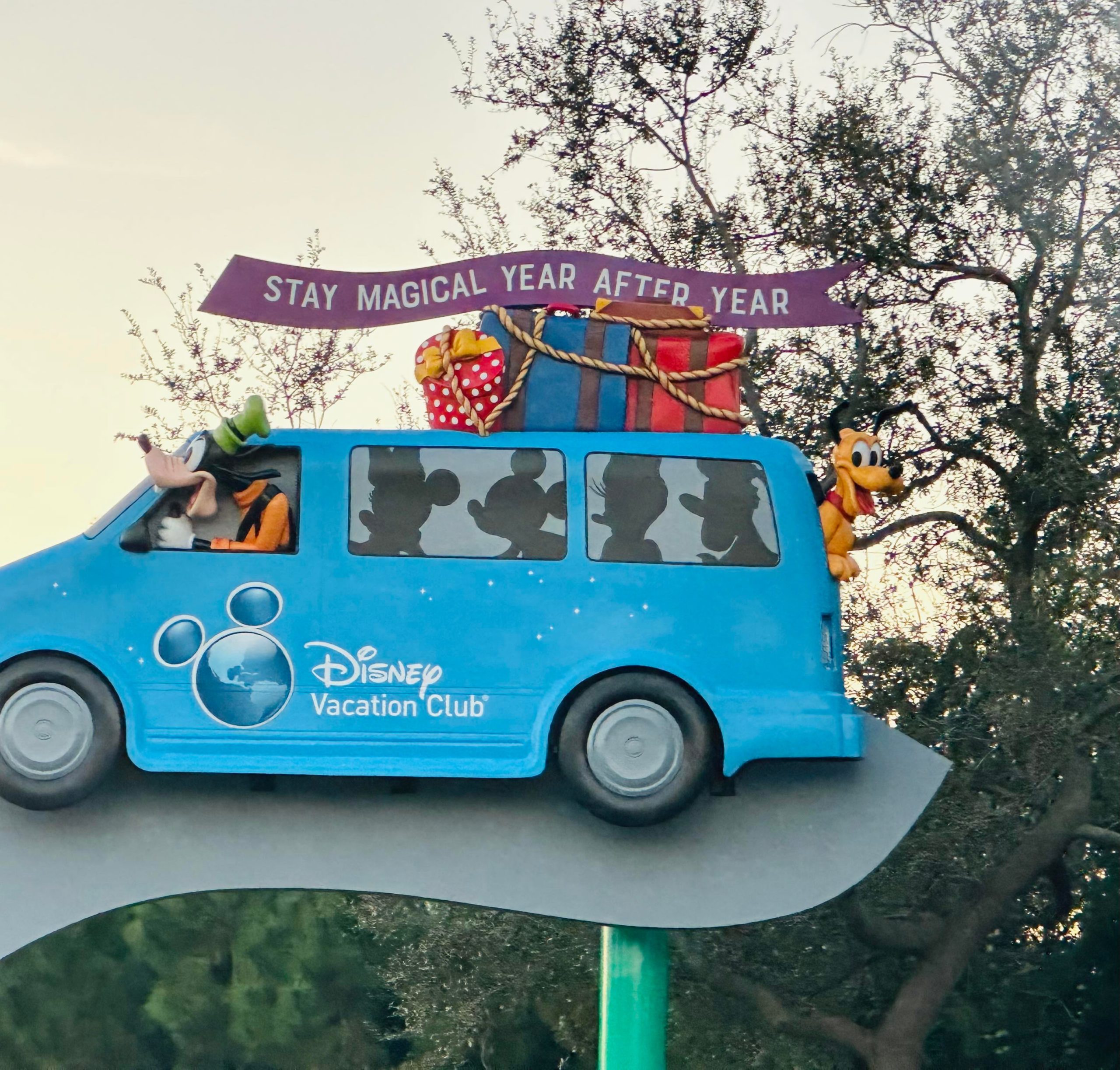 We’re so happy to see the character silhouettes back on the blue van billboard! Make sure to keep an eye out on your next visit to Disney World!