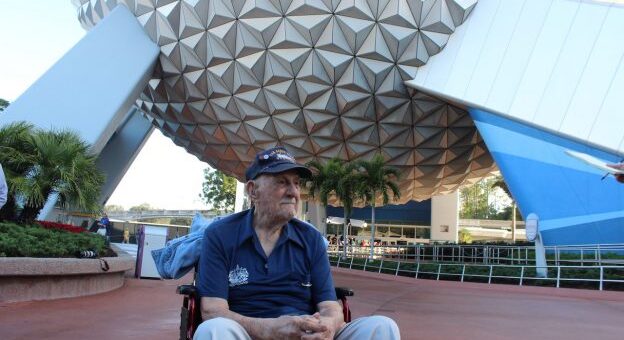 We’ve got a feel-good story for your Thursday night! Walt Disney World recently played host to a World War II Navy veteran who helped build Epcot. Stephen Nemeth, a World War II Navy Seaman First-Class was treated to a backstage tour of the theme park to see how his work continues to entertain Disney guests to this day!

Disney first became reconnected with Stephen during Veterans Day when the parks Veteran Business Employee Resource Group called “SALUTE” hosted their annual special Flag Retreat Ceremony to honor cast members who served in uniform. During this ceremony, Stephen’s daughter, a cast member with Disney shared that her father not only helped defend merchant ships from German U-Boats in the Atlantic Ocean during the war but also helped build Epcot as part of the construction team! 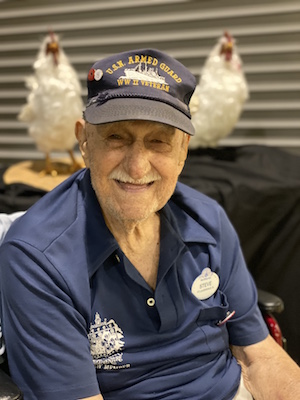 After learning of Steve’s many contributions, Epcot Operations invited him to take a tour of the areas he helped build as a way to thank him for his service to our nation and to Disney.

The tour transported Steve back in time, returning him to many of the places he helped create. He had a hand in working on some of the Audio-Animatronics and other features inside Spaceship Earth, Kitchen Cabaret, The Land Pavilion, as well as the American Adventure attraction inside the American pavilion.

Throughout the tour, Stephen smiled as he recounted details about his work and the many characters he helped bring to life including chickens in The Land, Michelangelo in Spaceship Earth and Frederick Douglas in The American Adventure. Many of which are still in operation today.

“I enjoyed working here … this was the best job ever,” said Steve. “To me, this is my place.”

As the tour came to a close, Disney had a few surprises in store for this seasoned veteran. Stephen was presented with a plaque with work wrench to thank him for all that he did to help build the park. 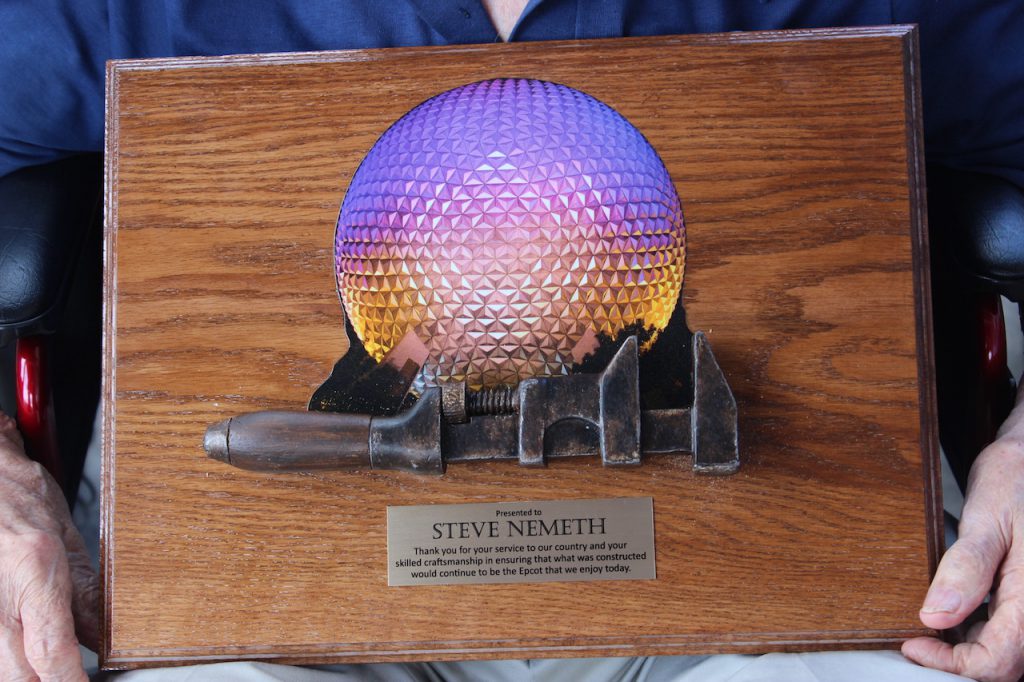 A challenge coin was also given to him by Disney World’s “SALUTE” Business Employee Resource Group, thanking him for his service to our country. 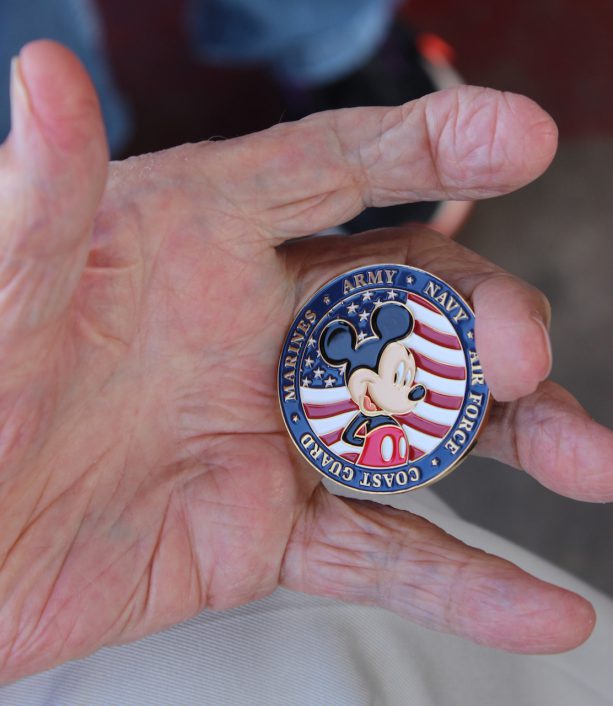 During this holiday season, it’s important to take a moment to be thankful for all that Steve and the countless other Veterans have done in support of our nation.