A quirky, new arrival just landed at Once Upon a Time in Walt Disney World Resort. Alice in Wonderland fans will love the reversible Tweedledee and Tweedledum pillow from Disney’s Hollywood Studios!

Once Upon a Time

This Art-Deco, cinema-style store sells Disney-themed clothing, hats, and jewelry. Our MickeyBlogger is in the Parks today, and headed to Sunset Boulevard to check out the new items! 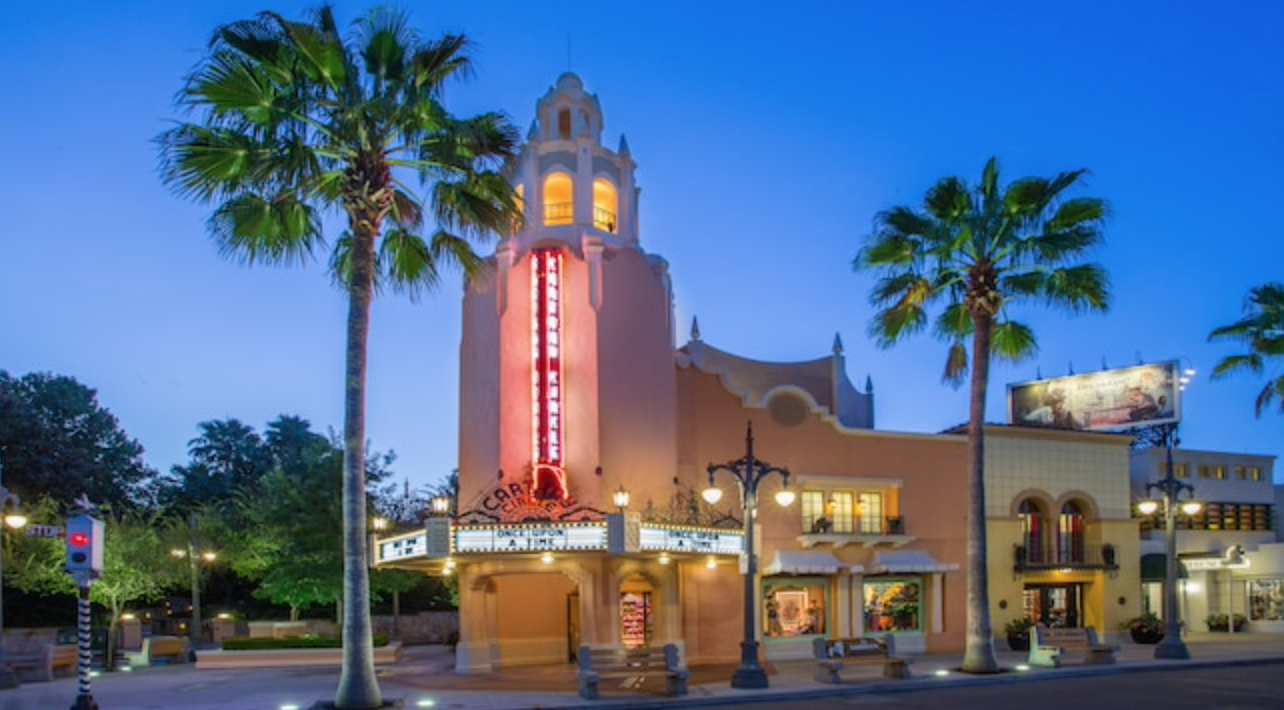 Although they look like two, separate items, there is only one reversible pillow available. Tweedledee dons one side, while his brother, Tweedledum adorns the other. 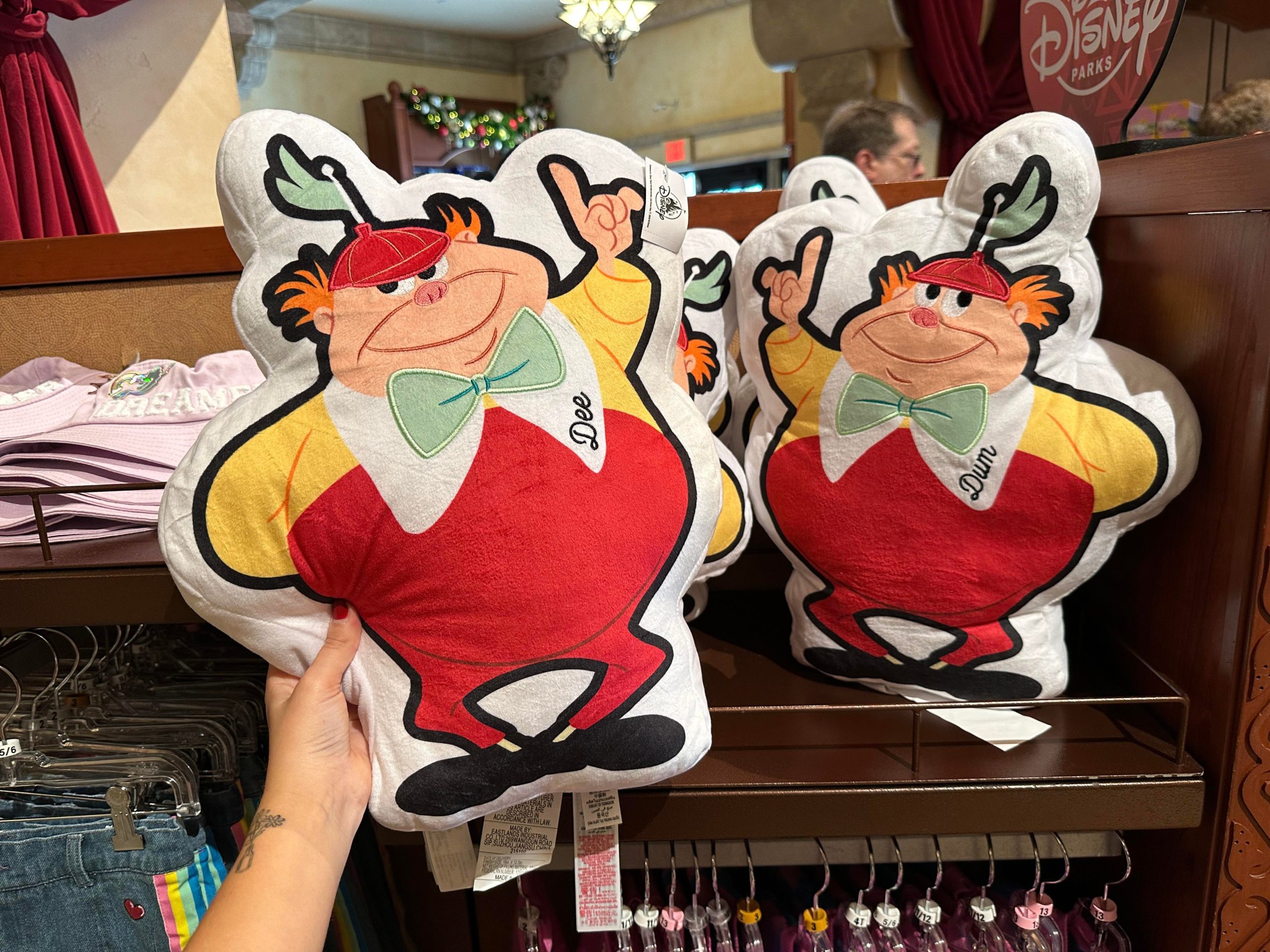 As you can see in the picture, their faces differ slightly. Tweedledee’s hat comes down over his eyes, while Tweedledum’s sits higher on his head. 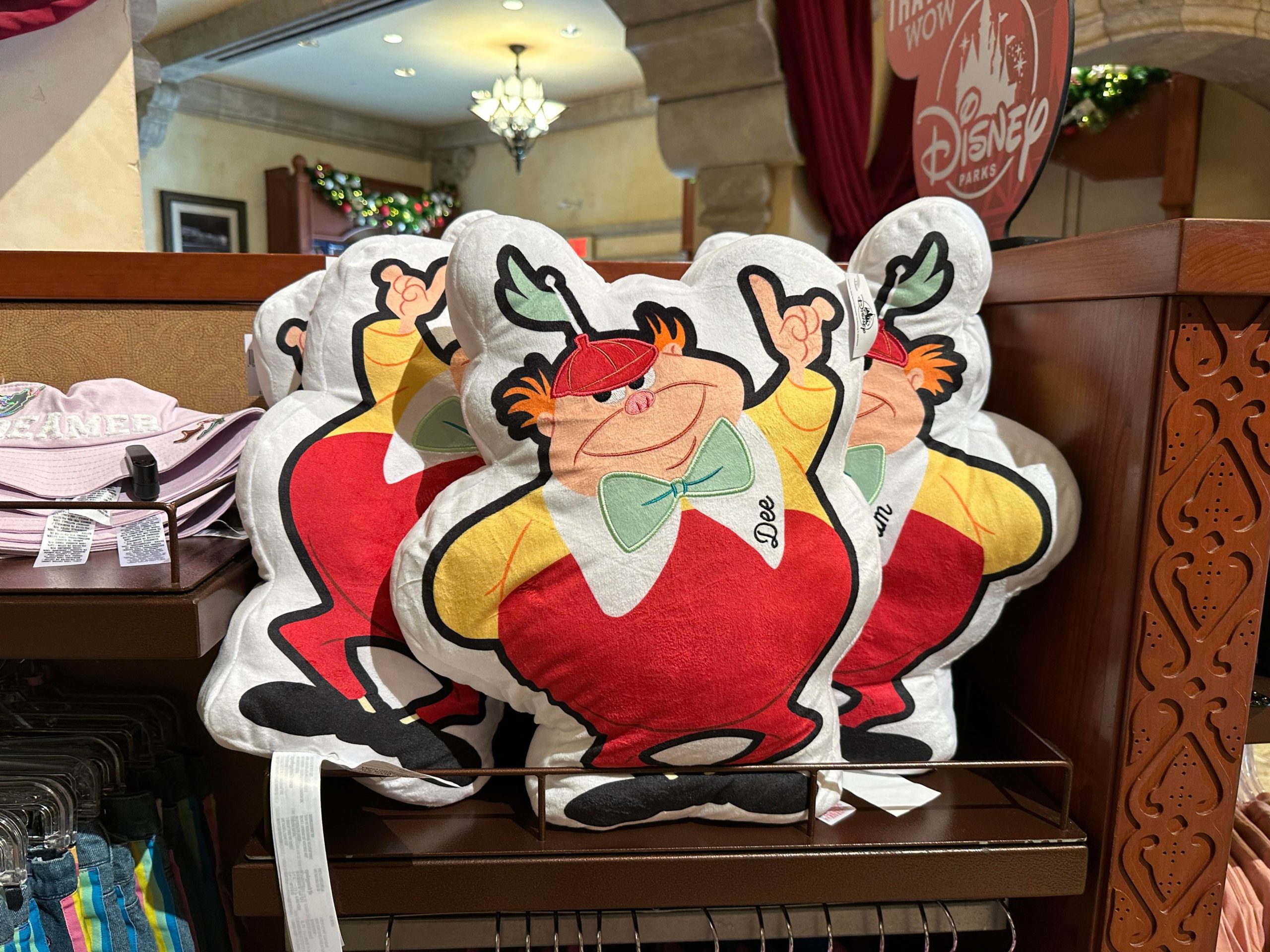 You can tell the brothers apart, by the markings on their collars. One says, “Dee,” while the other says, “Dum.” 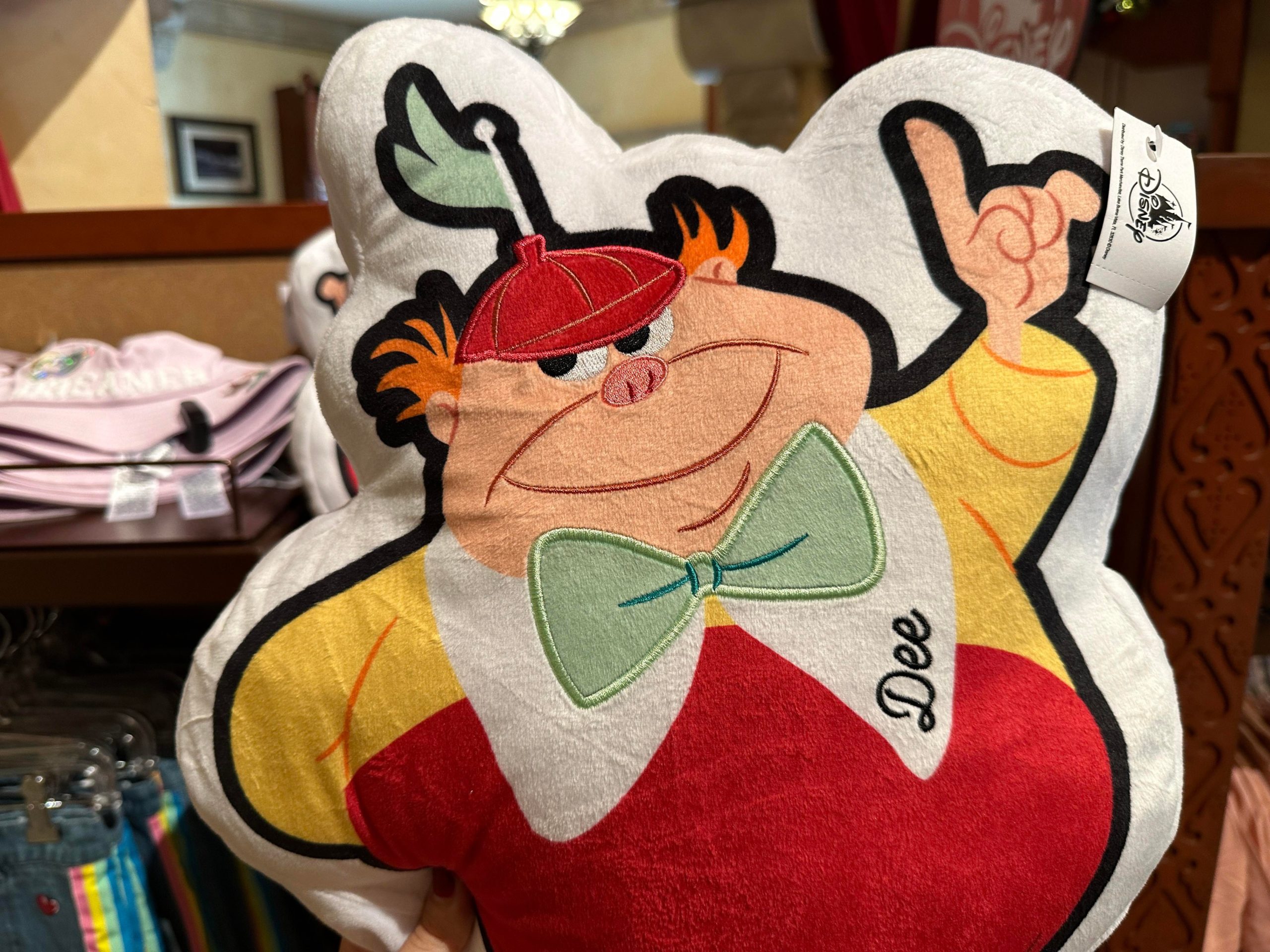 The duo poses with their fingers in the air and share a similar color scheme. Red, yellow, and green make up their nostalgic outfits. 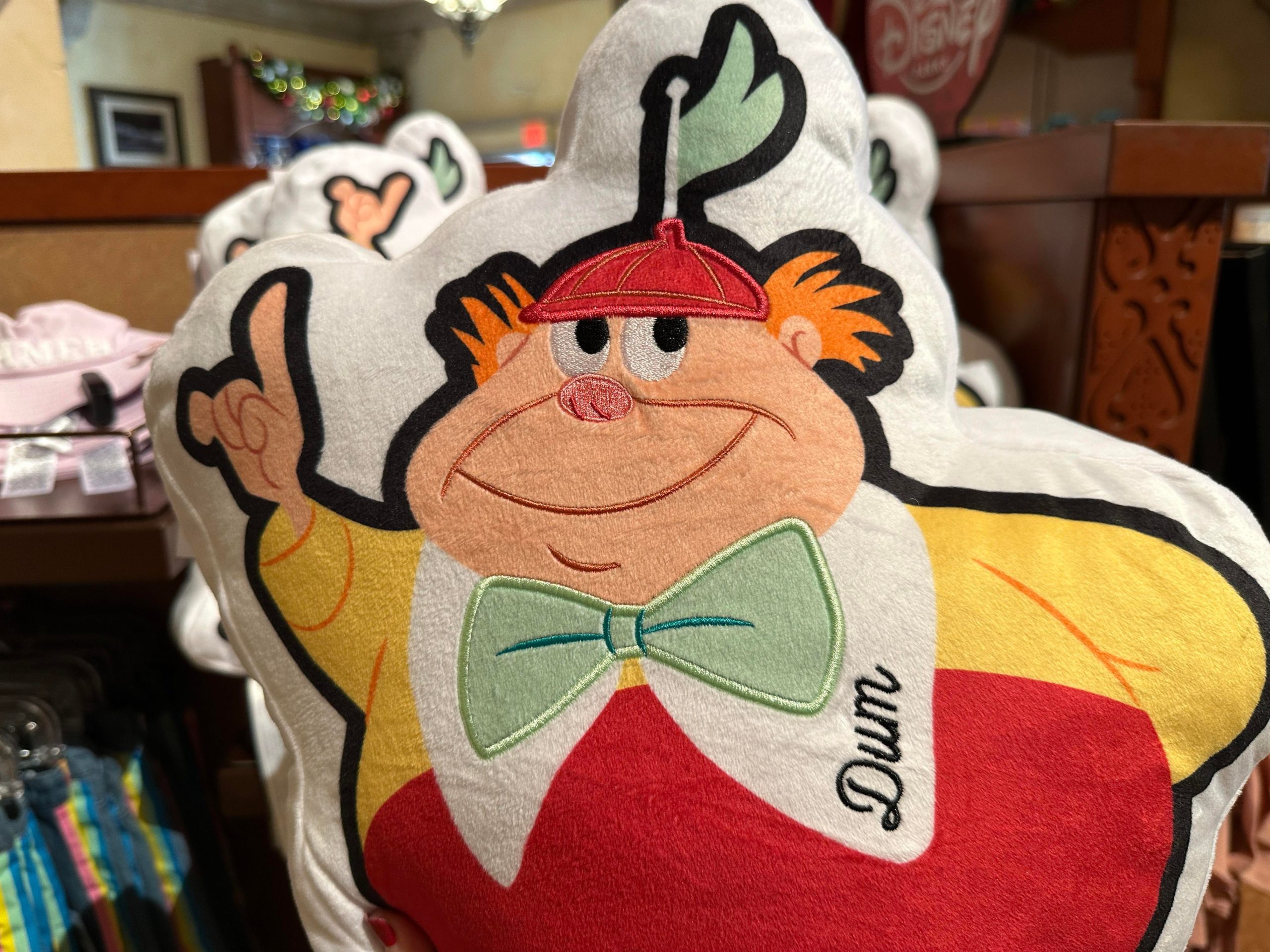 Notice the fuzzy nature of this cheerful throw pillow! Embroidered features and plush fill add to its design. 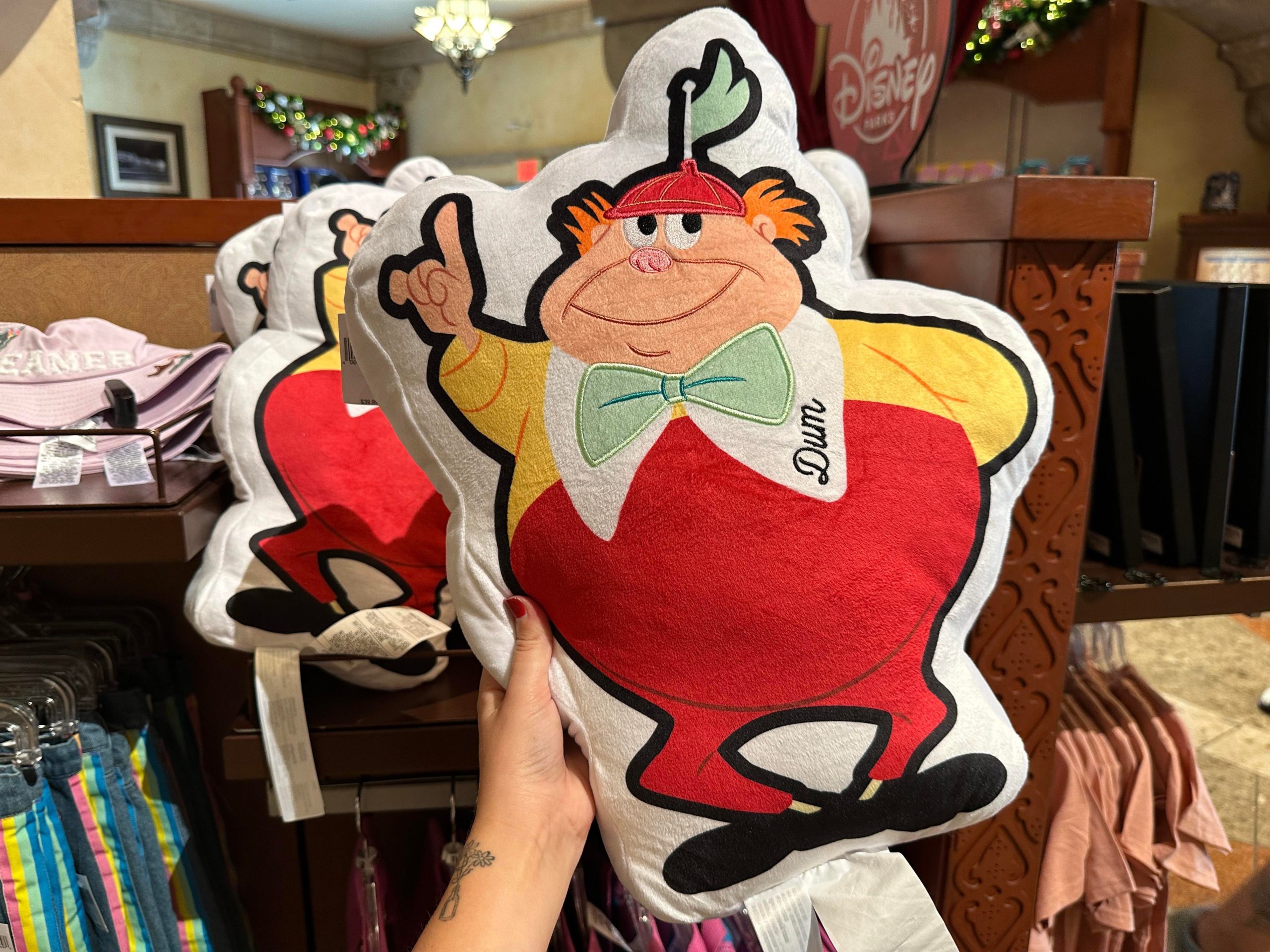 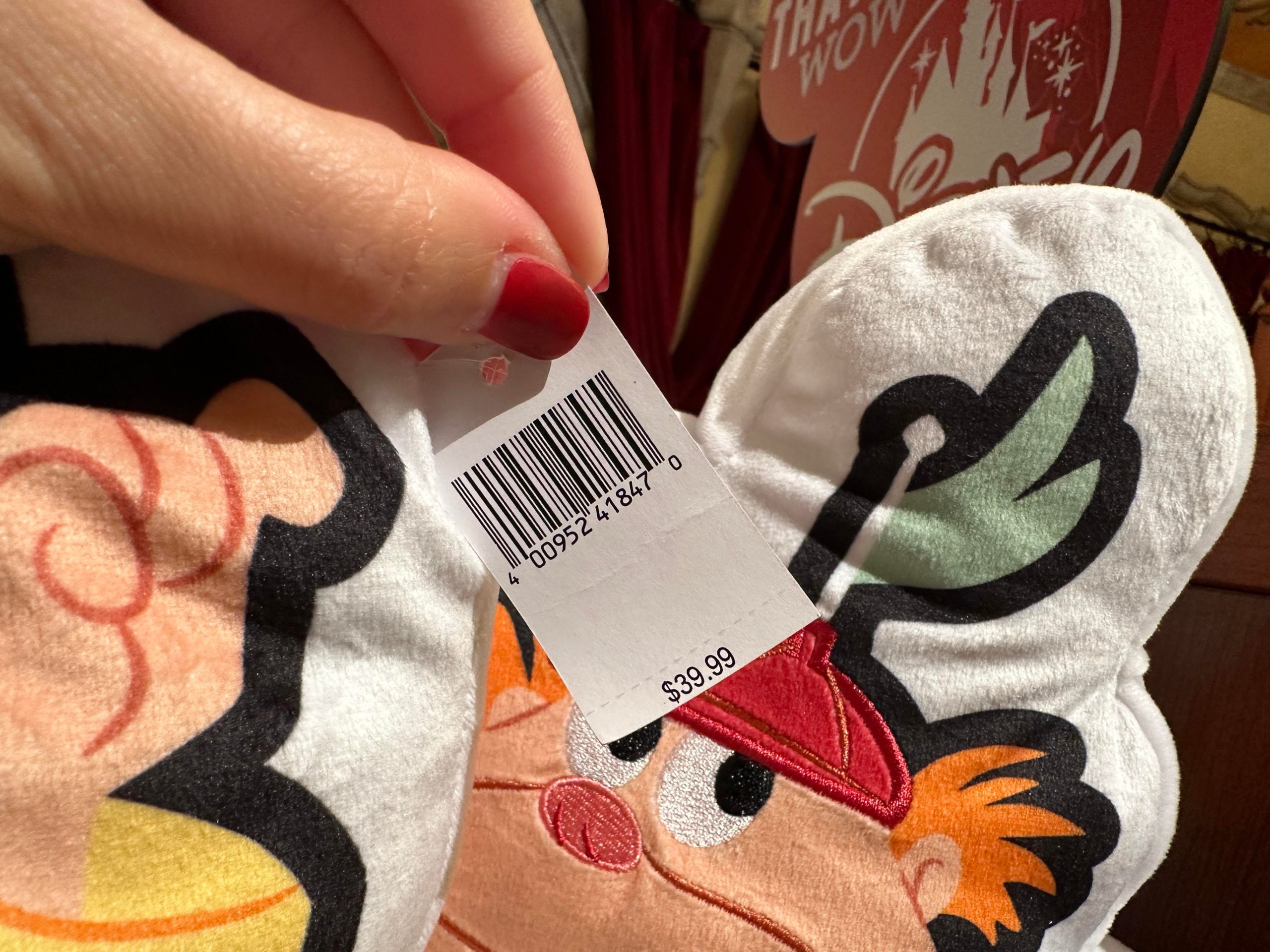 What a unique item! We love that there are two sides to this pillow! 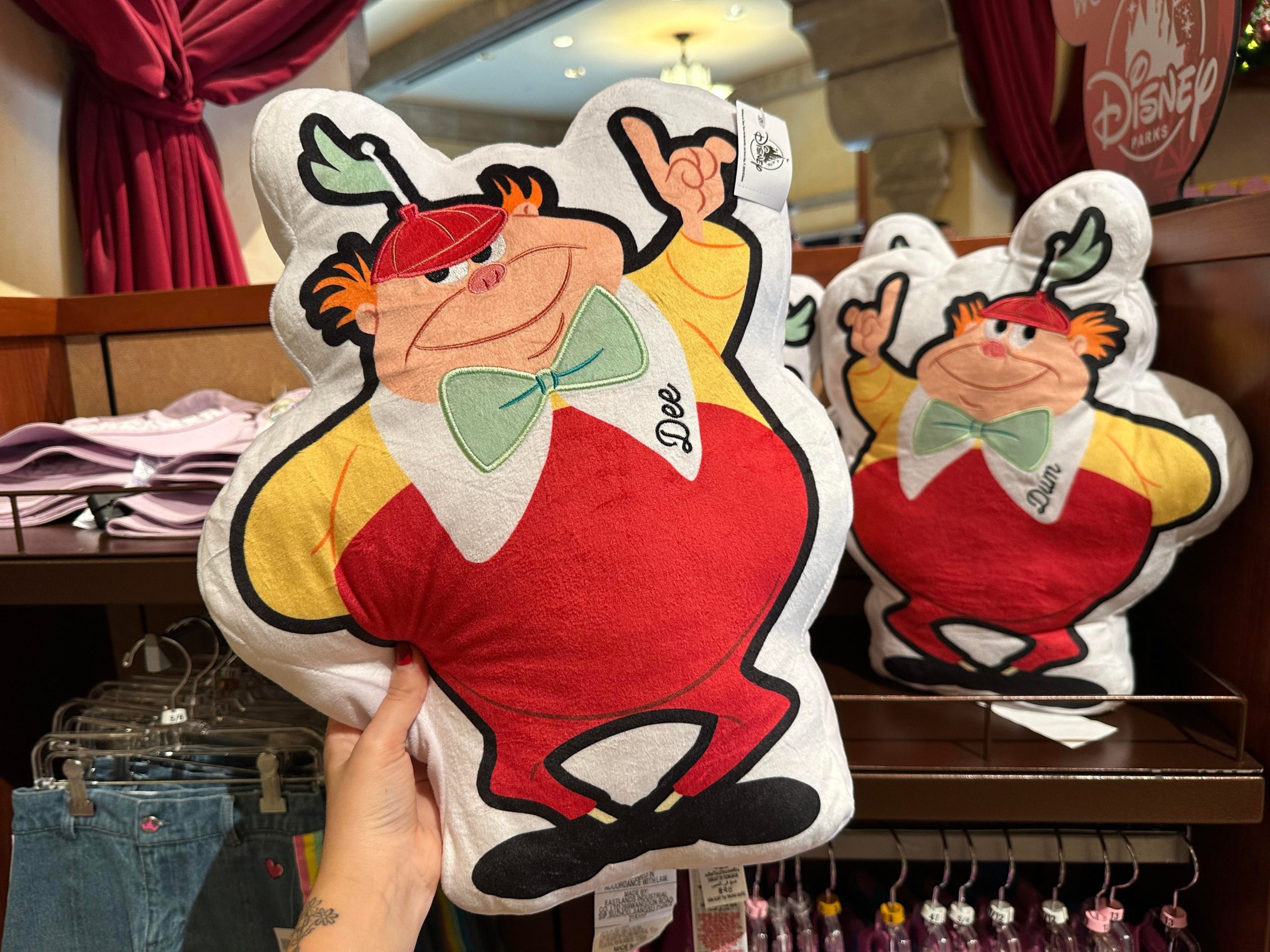 Disney’s timeless classic, Alice in Wonderland, was released in 1951. Based on the Alice books by Lewis Carroll, it was Walt Disney Productions’ 13th animated feature.

On July 26, 1951, it premiered in London, followed by New York City on July 28. Originally intended to be a live-action film, Disney ended up opting for a fully animated version.

Interestingly, the movie was considered a disappointment at first. It became more successful in 1974, upon its re-release.

If you’re a fan of Alice in Wonderland, head to Walt Disney World Resort to pick up this fantastic, reversible Tweedledee and Tweedledum Pillow!