New Collection of Marvel, Muppets, and Halloween Magnets Are Here!

It’s a new season at Walt Disney World, so of course a range of new magnets was bound to pop up sooner or later.

These ever-classic collectibles are always a hit at the parks, so we just had to show you these new designs which our MickeyBloggers spotted earlier this week! 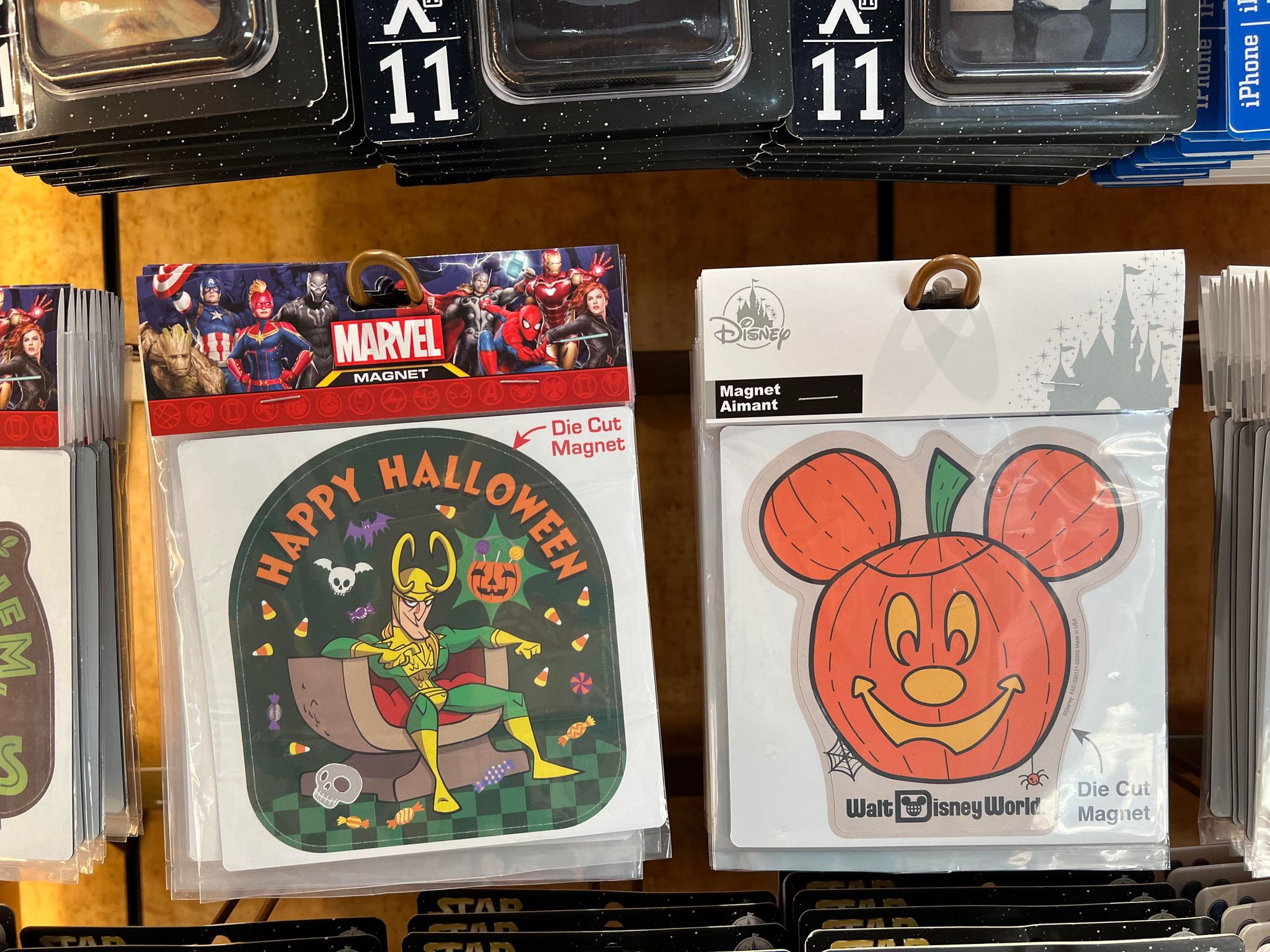 Whether you prefer to stick them to your refrigerator, your car, or even your office whiteboard, magnets are a simple yet fun souvenir to bring home from your Walt Disney World trip.

Most of the magnets you can find across the resort are of this flat, die-cut variety, and come in a whole assortment of shapes and sizes. Plus, with designs featuring almost any Disney character, attraction, or movie, they’re a great way to bring some magic and personality to your home! 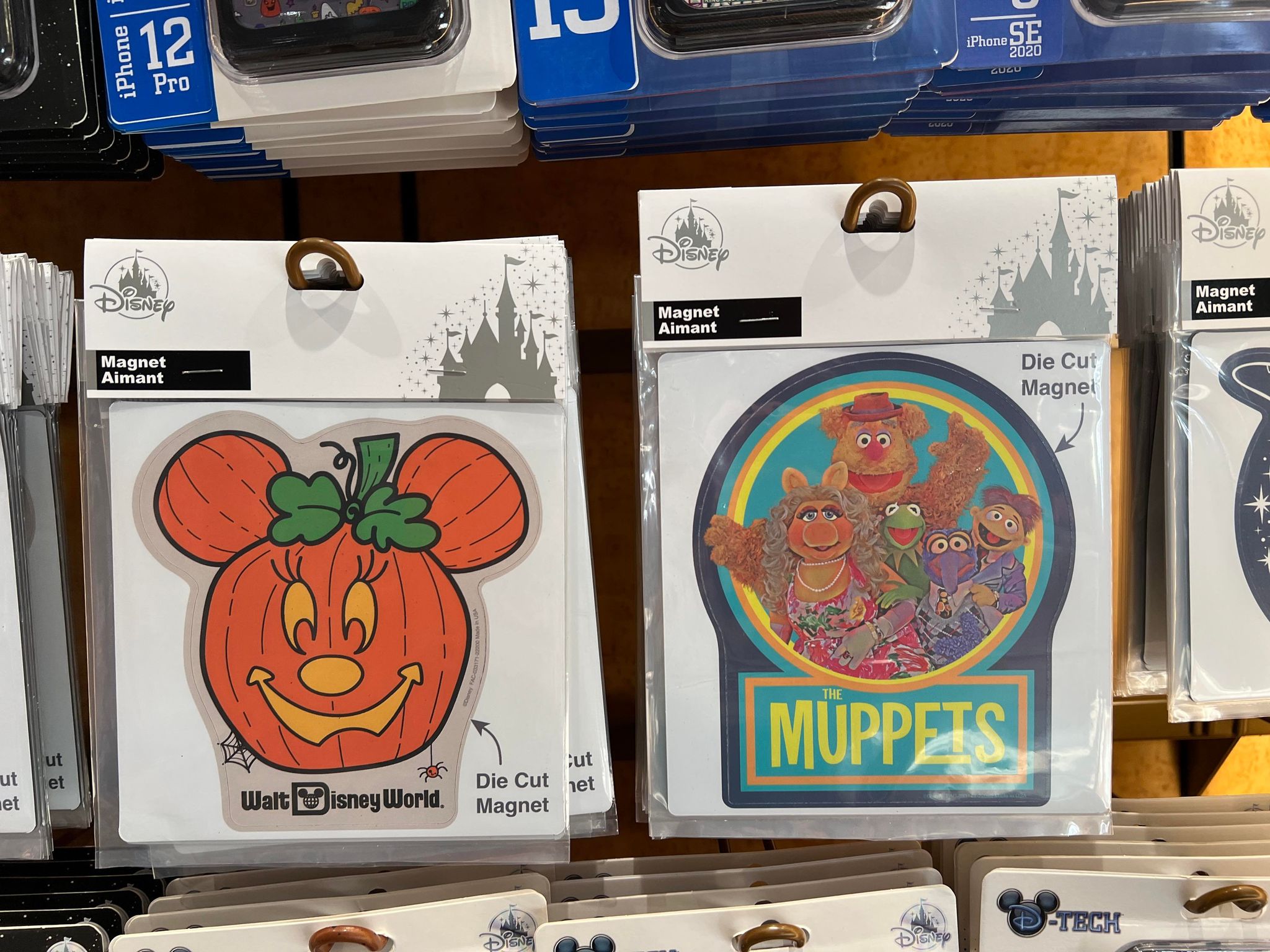 So, right now, we’re over at The Darkroom store in Disney’s Hollywood Studios, where this new assortment of magnets has arrived to brighten up the shelves. Let’s take a look at what’s in-store, shall we? 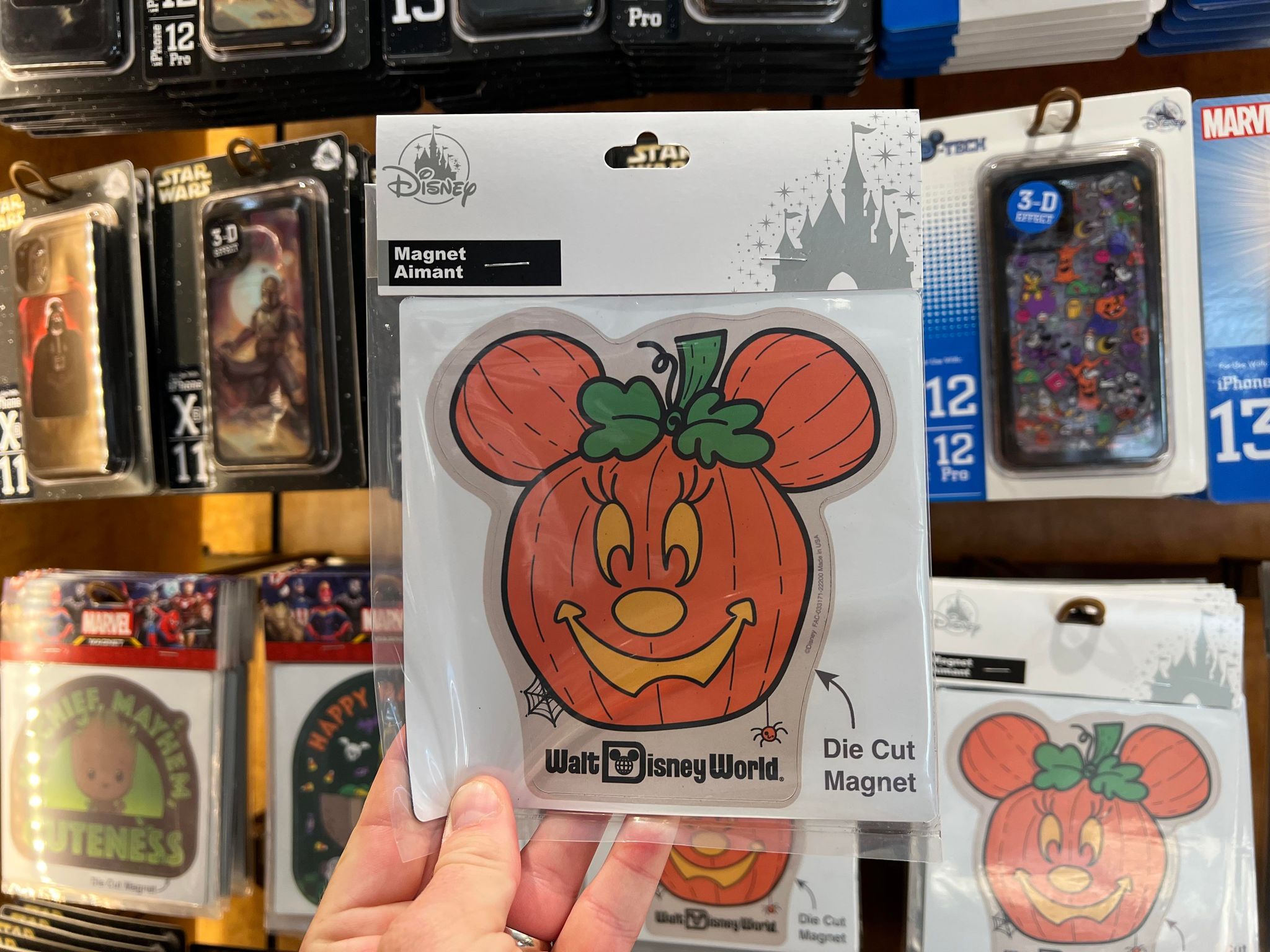 First of all, let’s start seasonal! The first two magnets we spotted were hard to miss, being bright orange in color and grinning out mischievously at us from the store’s rails. 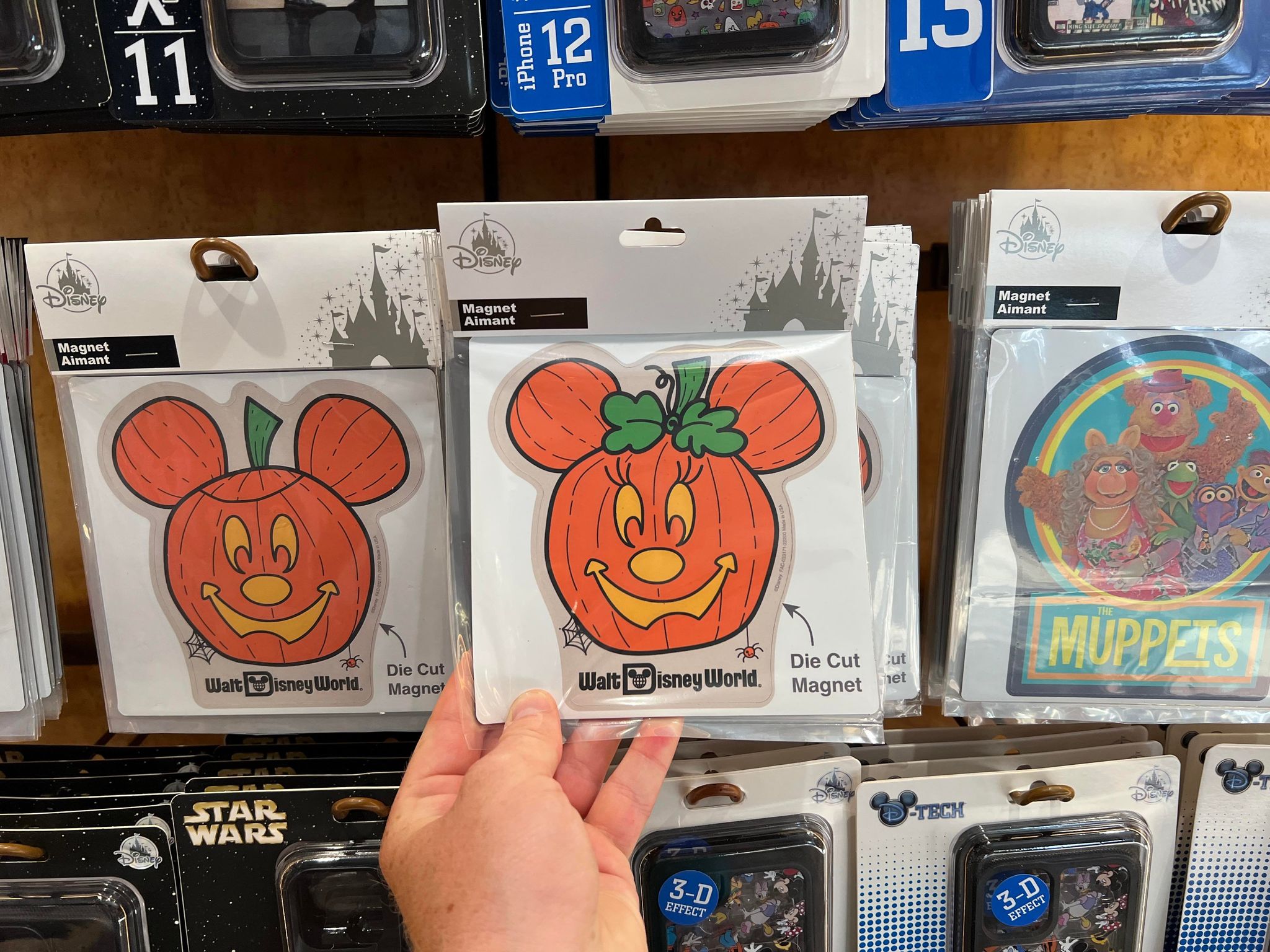 Designed to resemble the iconic decorations that line Main Street, U.S.A. in the Magic Kingdom, these Mickey and Minnie pumpkin magnets are perfect for the Halloween season!

They even include the Walt Disney World logo at the bottom, making a great gift for anyone who knows that fall is the best time of year at the resort. 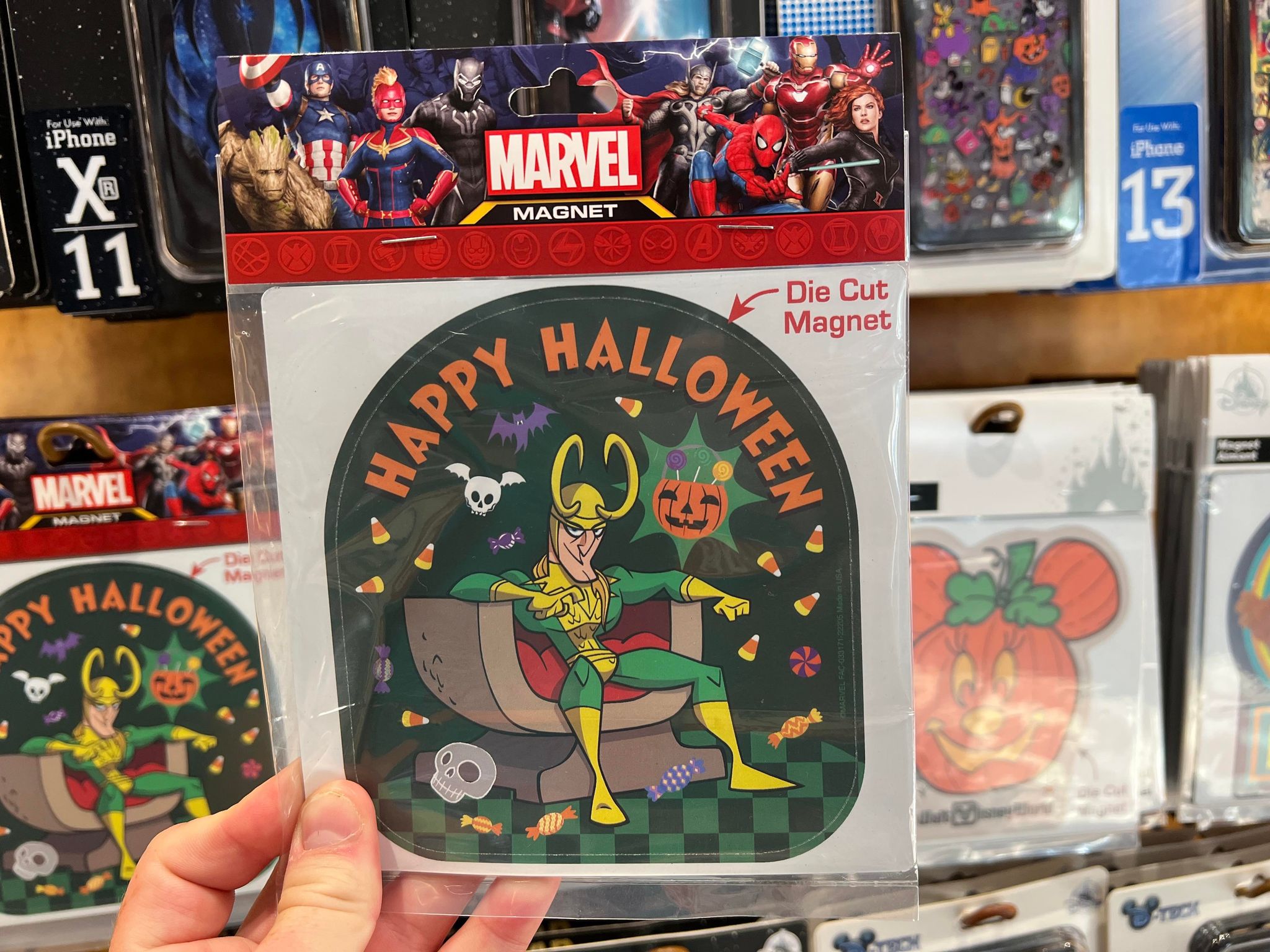 The second magnet we spotted was also themed for spooky season, and features a fun, cartoon graphic of Loki. In the image, he’s sat grinning slyly atop his chair, with an array of candy, bats, and skulls raining down around him.

I reckon he’s plotting what costume to wear for his trick-or-treating adventure this year! 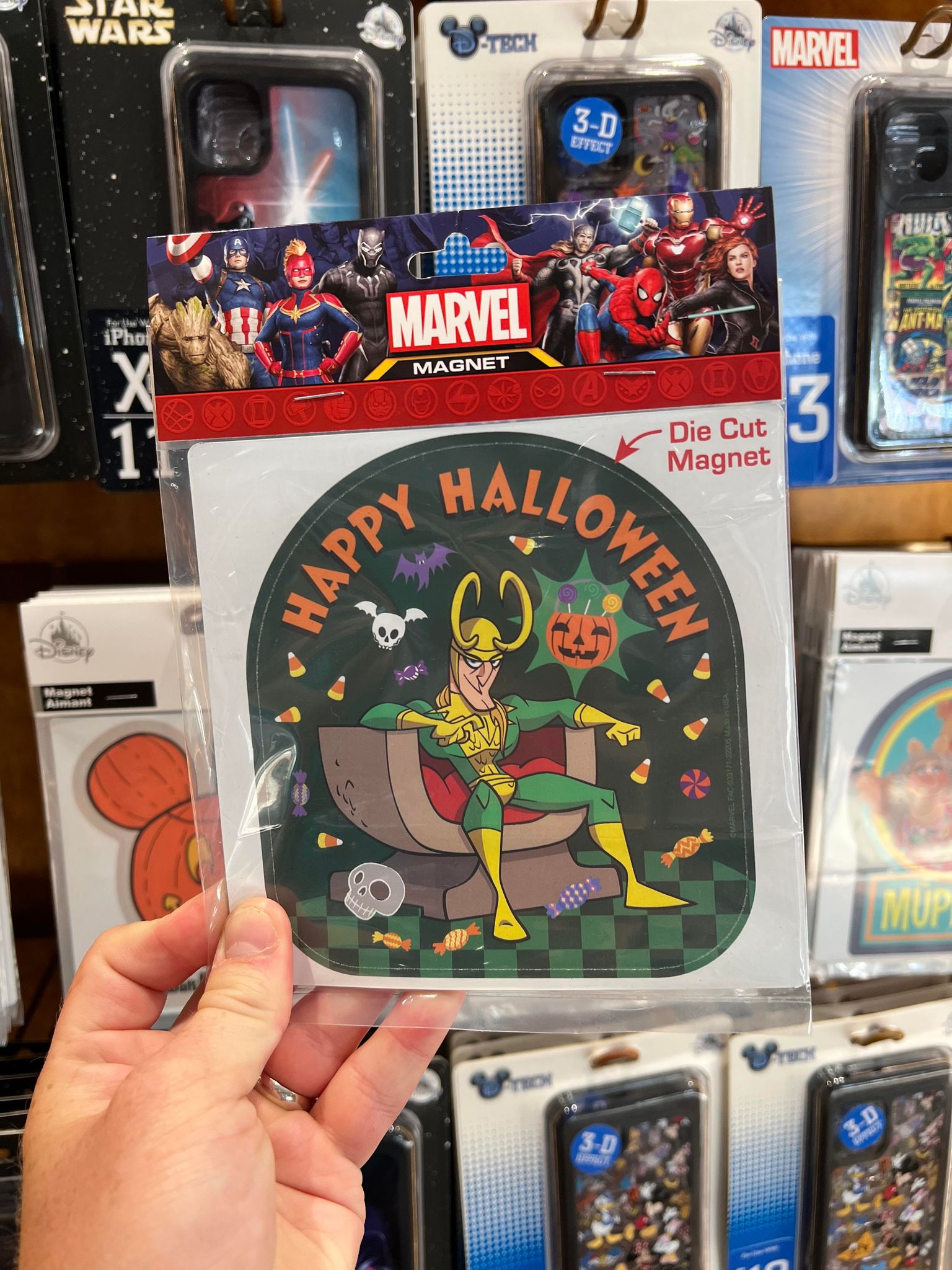 Above the Loki graphic, bold orange lettering spells out the greeting “Happy Halloween.” This magnet would also make a frightfully fun holiday gift for any Marvel fan! 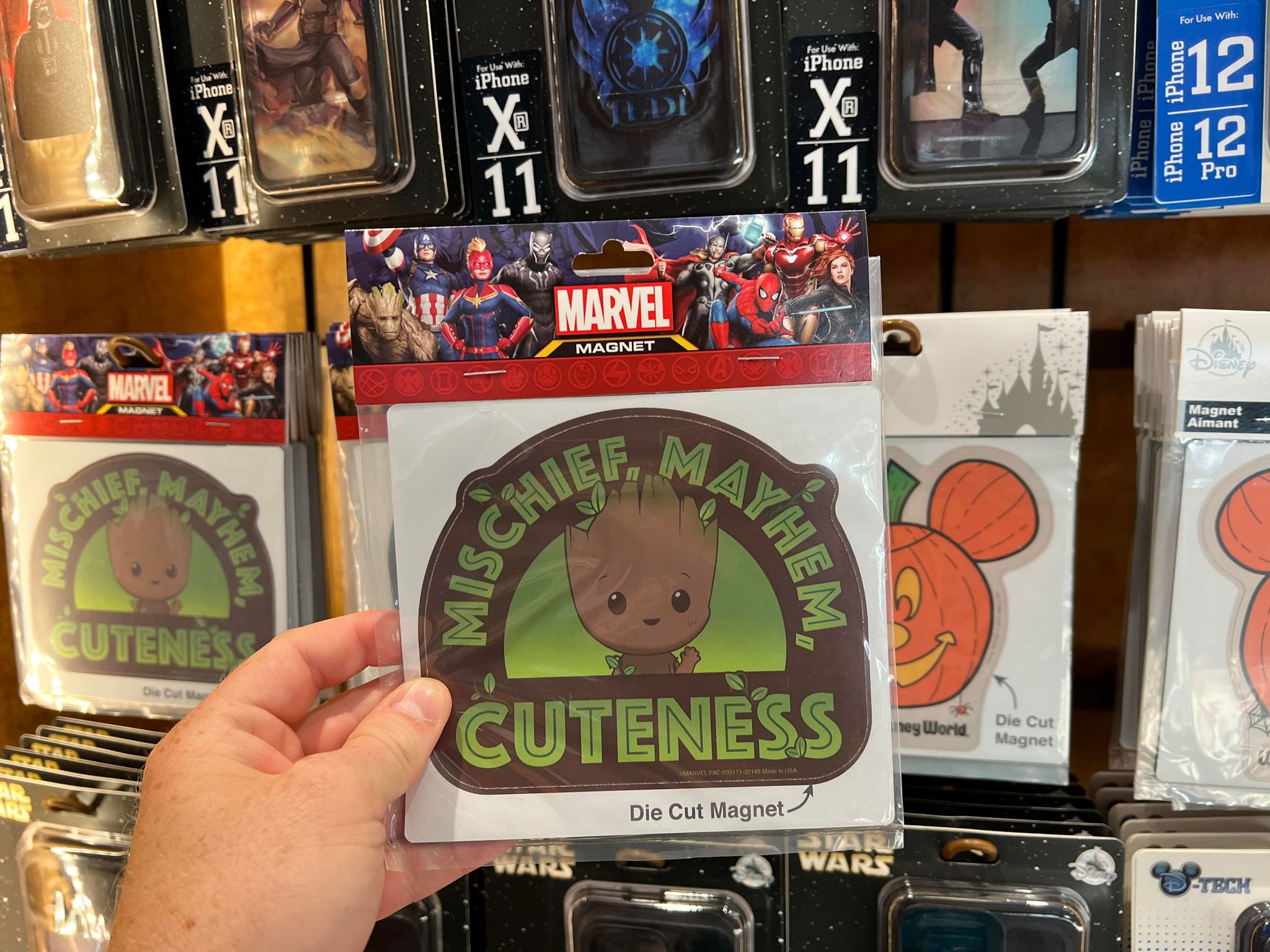 The next magnet we found is also a Marvel design, yet moves away from the Halloween theme. This one features a cute depiction of Groot, waving sweetly out from a window.

Around him reads the slogan “Mischief, Mayhem, Cuteness.” Does these traits remind you of anyone you know? 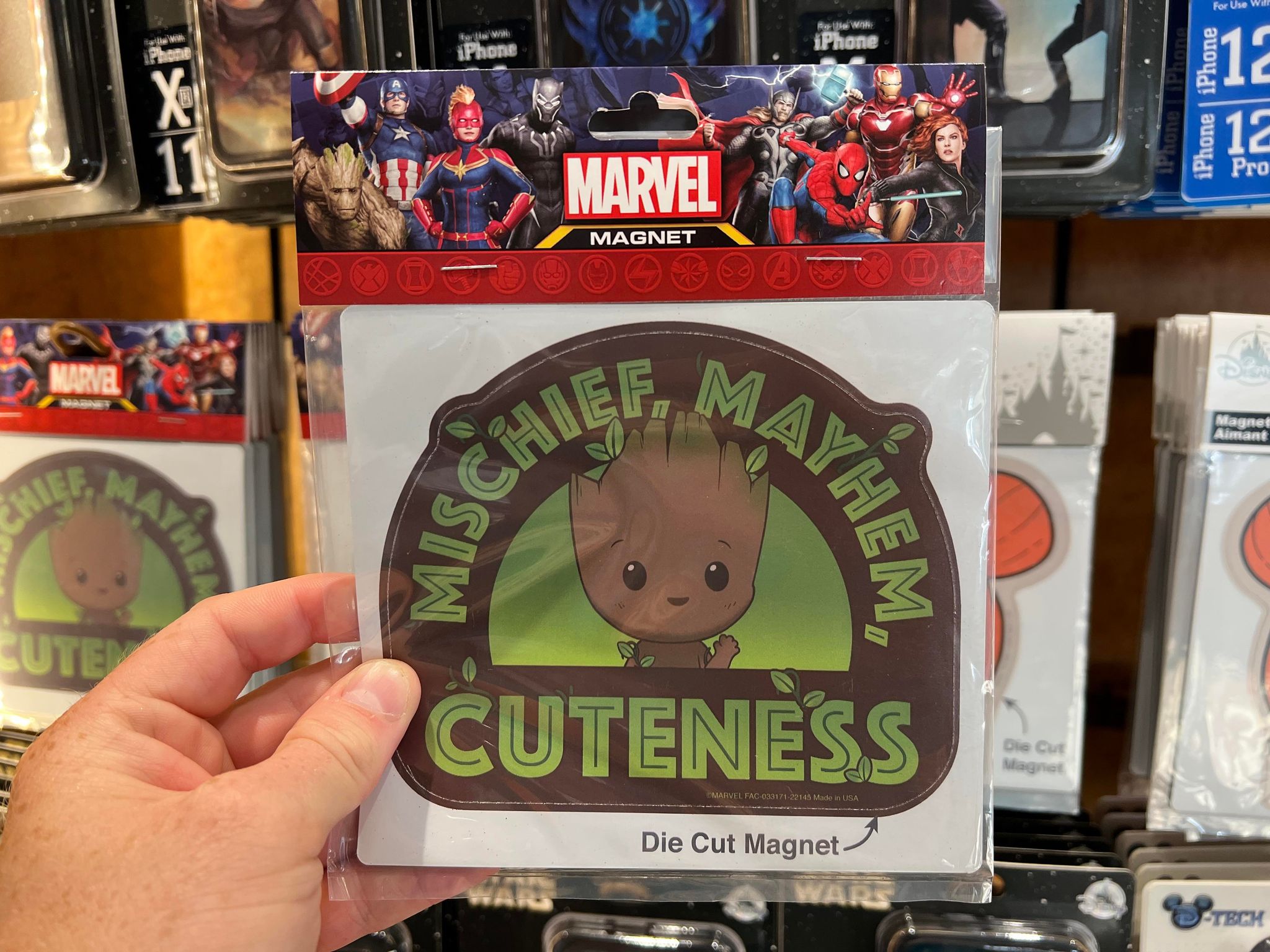 This Groot magnet may be cute, but it isn’t as adorable as this Groot Pumpkin plush, which MickeyBloggers spotted in the Magic Kingdom earlier this week! 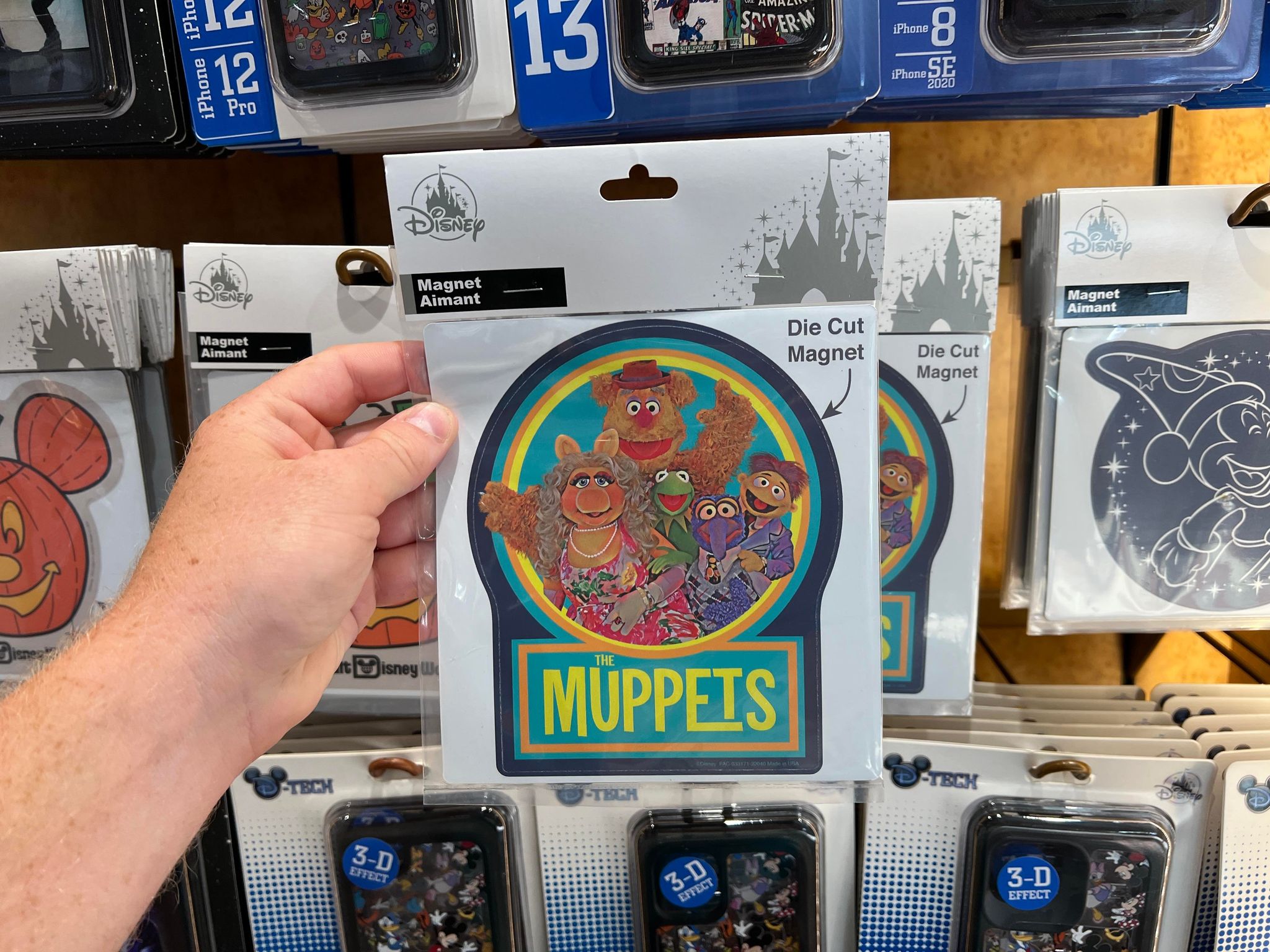 The last magnet we have to show you is this classic design, featuring The Muppets.

In the image, Kermit, Miss Piggy and co. are all smiling out from a bright blue background, with the show’s logo printed beneath them in lime green lettering. For Muppets fans, you can’t go wrong with a magnet like this! 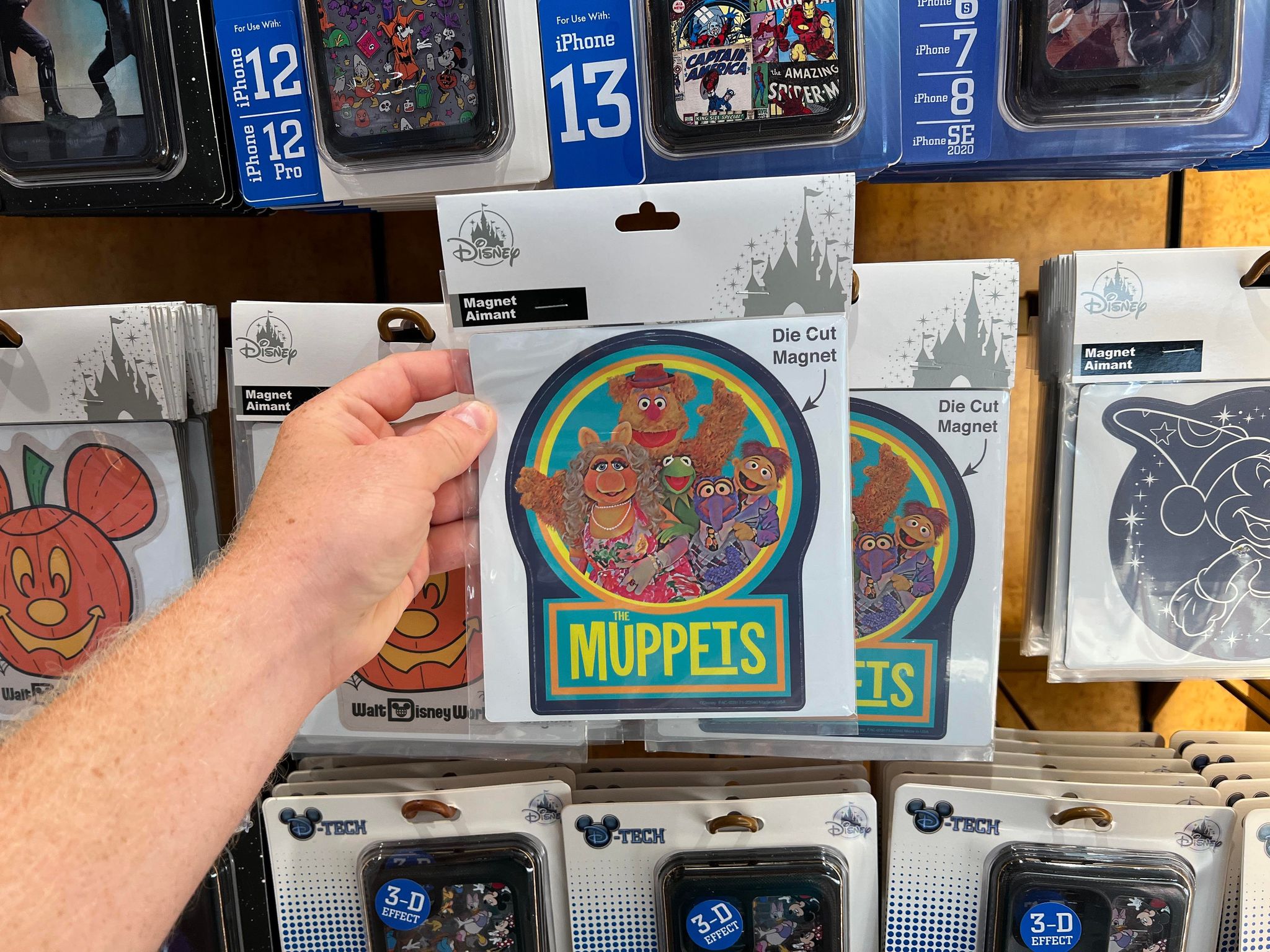 Each of these magnets costs $14.99. Will you be heading over to Disney’s Hollywood Studios to add any of these designs to your collection this season?