With less than two weeks until the incredible debut and christening of our newest Disney Cruise Line ship, the Disney Wish, we are thrilled to share a cosmic new detail about one of the new experiences on board.

Actress Iman Vellani — who stars as Ms. Marvel, the newest Super Hero to join the Marvel Cinematic Universe, in a new series on Disney+ — is joining the star-studded line-up in “Avengers: Quantum Encounter,” an all-new interactive show premiering exclusively at Worlds of Marvel restaurant on board the Disney Wish!

She joins other world-renowned Marvel actors in this first-of-its-kind cinematic dining adventure, including Paul Rudd as Ant-Man, Evangeline Lilly as The Wasp, Anthony Mackie as Captain America, and Brie Larson as Captain Marvel. 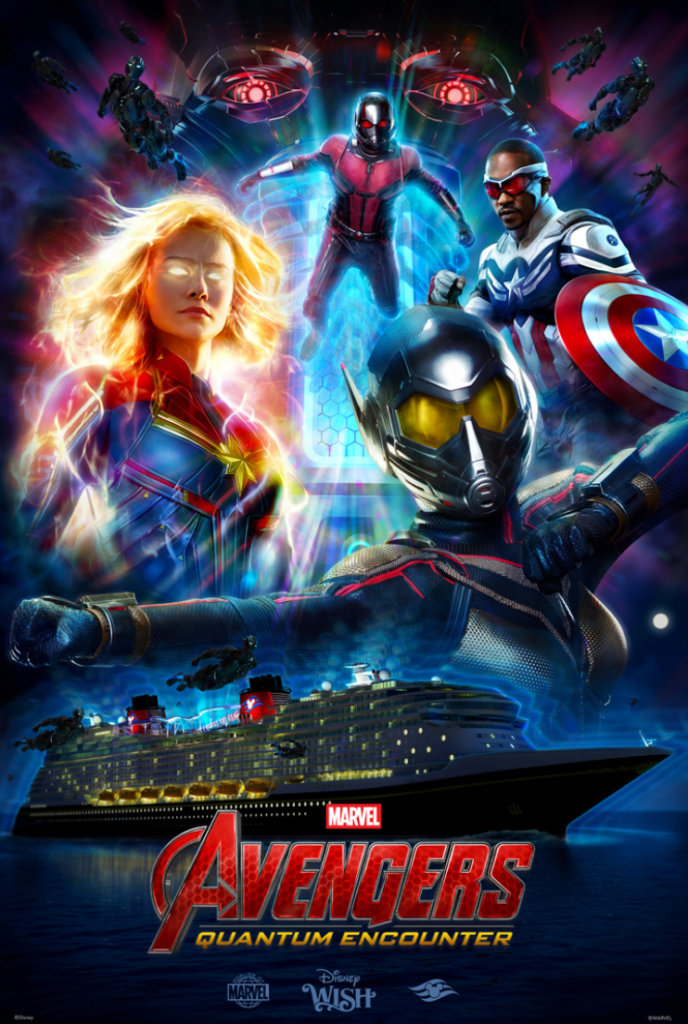 “Avengers: Quantum Encounter” is Disney Cruise Line’s most ambitious dining experience ever. It’s like dining inside an epic Marvel movie! Throughout dinner, Guests take part in a hands-on demonstration of the latest and greatest Pym Tech, the Quantum Core, hosted by Scott Lang and Hope van Dyne (Ant-Man and The Wasp). But this tech is so advanced that it attracts a very unwelcome visitor to the Disney Wish: Ultron, voiced by actor Ross Marquand, eager to get his hands on this powerful quantum technology. 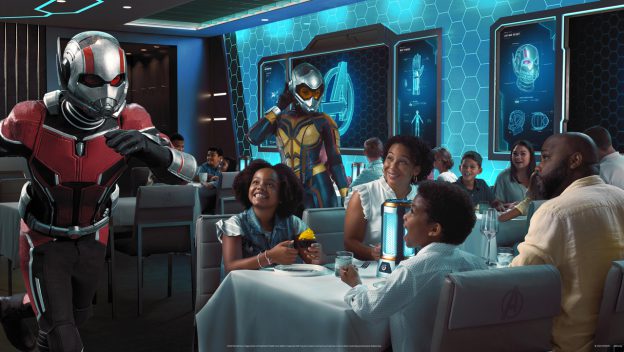 Captain America and Captain Marvel arrive just in time to take on an army of Ultron’s sentries in an Avengers-level battle on the upper decks of the ship. With them is hero-in-training Ms. Marvel, who puts her cosmic powers to the test alongside some of her favorite Avengers … while totally fangirling the whole time.

We are so excited to be the first Disney vacation experience to feature Iman Vellani in this groundbreaking role. Ms. Marvel adds even more humor, heart and heroics to our already action-packed show, and we can’t wait for Guests to experience it for themselves in just a few short weeks when the Disney Wish officially sets sail!

Stay tuned with MickeyBlog for all of the latest Disney news!