Looks like it’s time to grab a board and catch a wave over to the Magic Kingdom, where three awesome new Stitch accessories have just surfed into Tomorrowland! 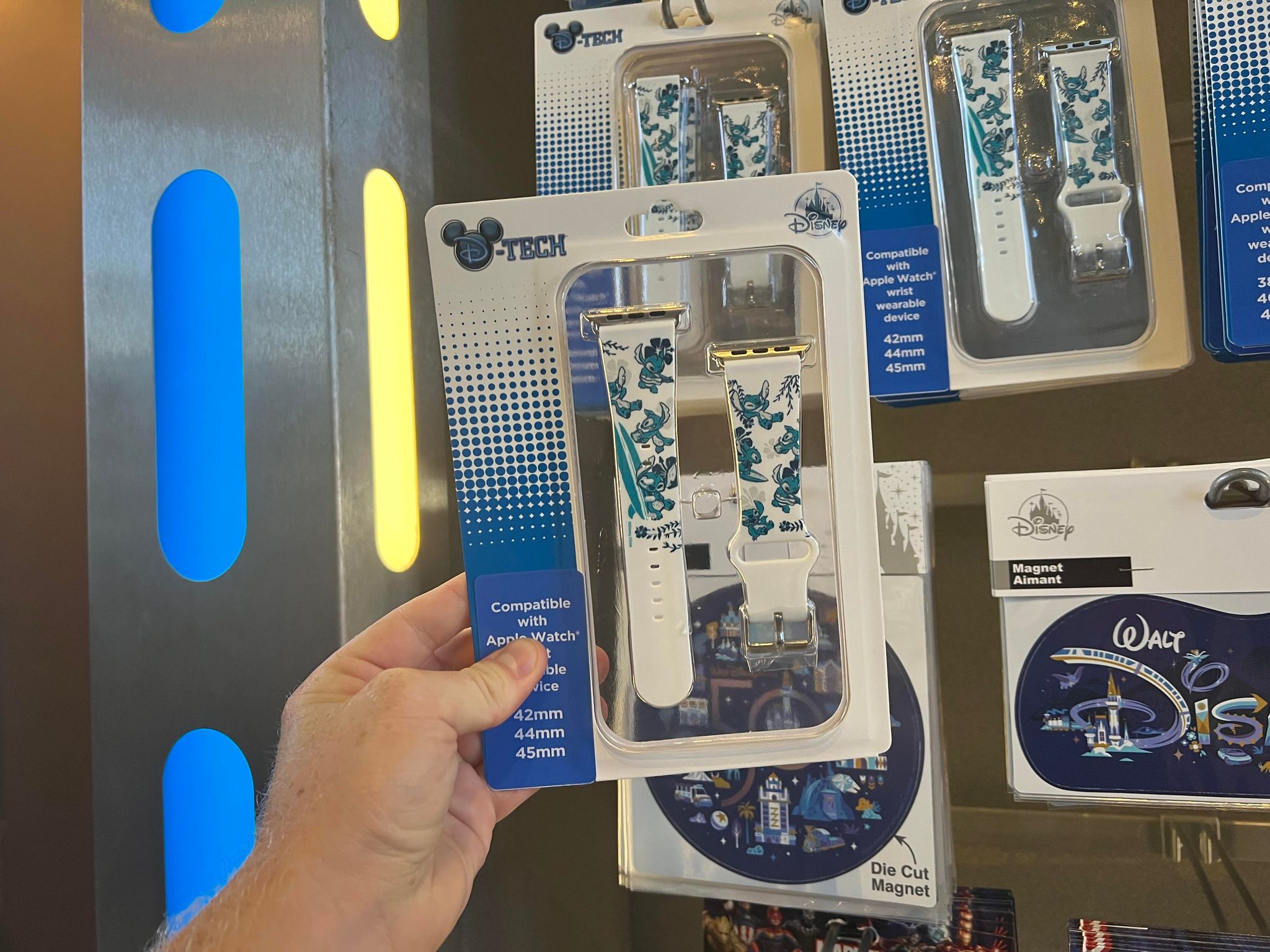 If you have been following along with MickeyBlog over the past few weeks, you’ll probably have noticed that quite a bit of new Stitch merchandise has been popping up all across Walt Disney World recently. And what’s not to love – Stitch is the most feisty yet loveable little guy that we can’t help but smile every time we see him!

So, when MickeyBloggers spotted some cute new accessories over at the Magic Kingdom, we thought we had best share them with you all too. The first  thing we found is this funky new band, designed for Apple Watches! 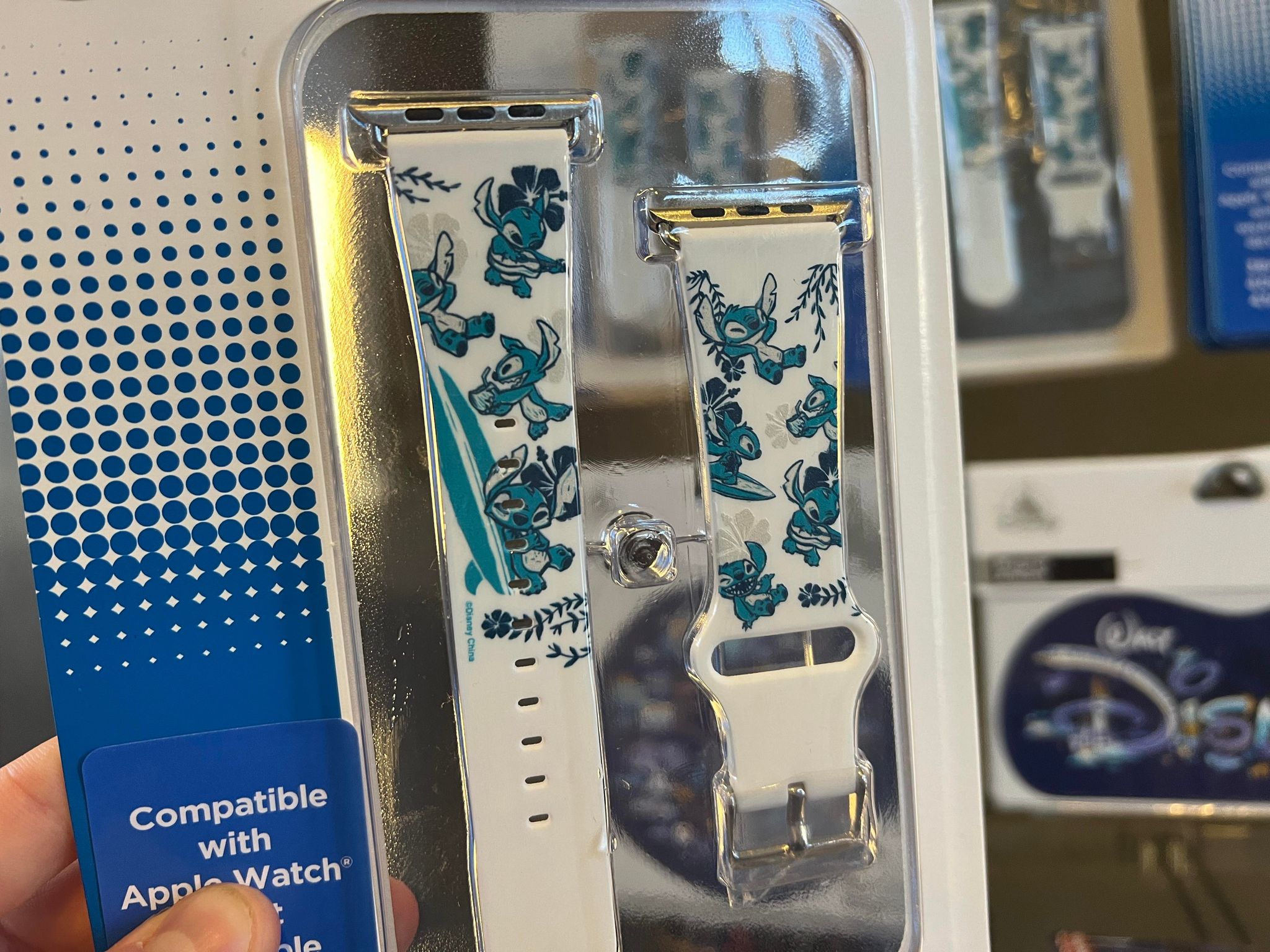 The band is white with silver fastenings, and is covered with cool graphics of Stitch.

In each blue-toned image, the funny little experiment is up to his usual antics, from surfing to playing guitar, to just being generally mischievous! 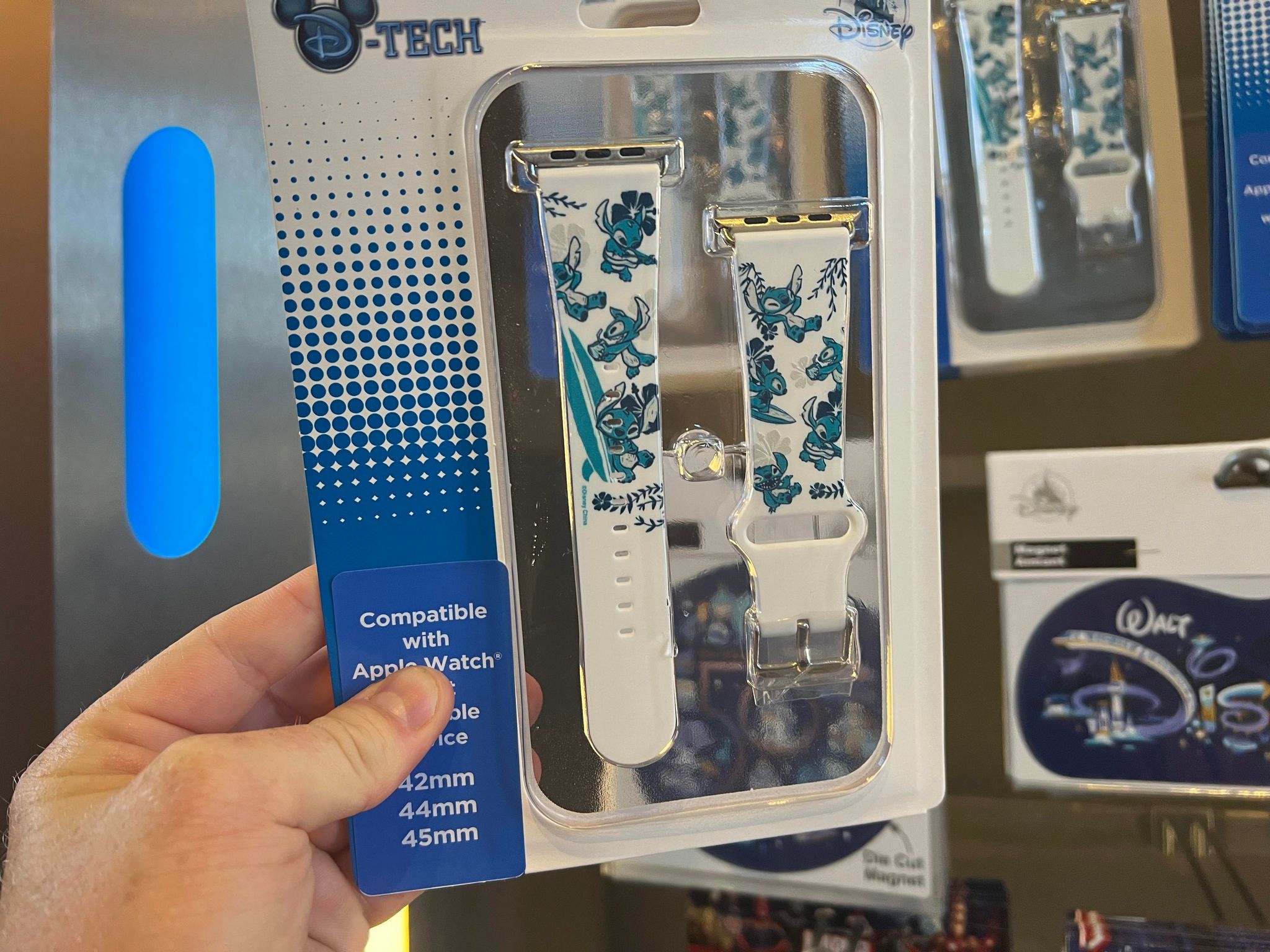 The band cost $36.99, and would look awesome strapped to your wrist this summer! 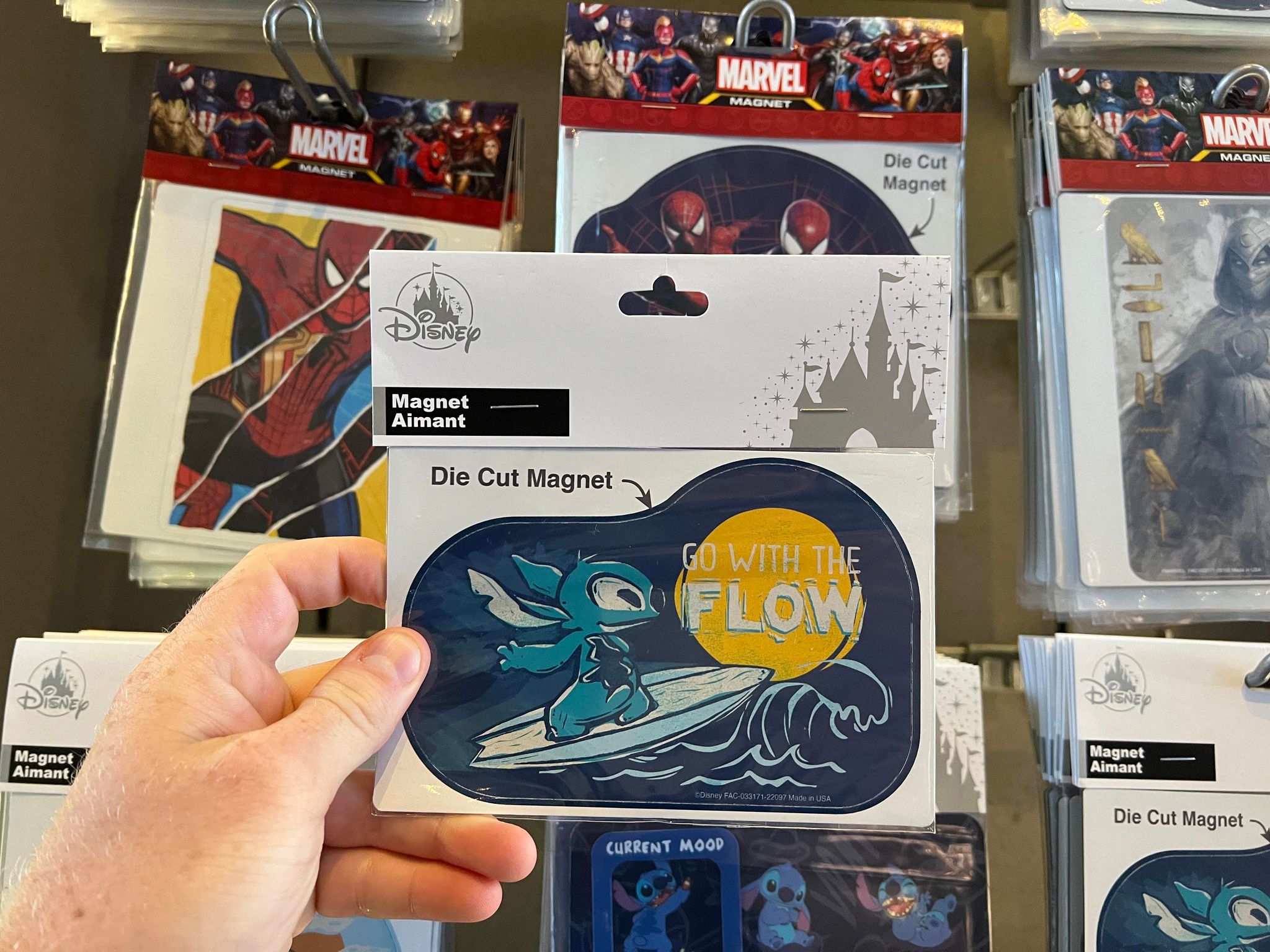 The first magnet we spotted is this cool, chilled-out design featuring Stitch. He’s catching a wave and surfing towards a golden yellow sun, which has the words “Go With The Flow” shining over him. 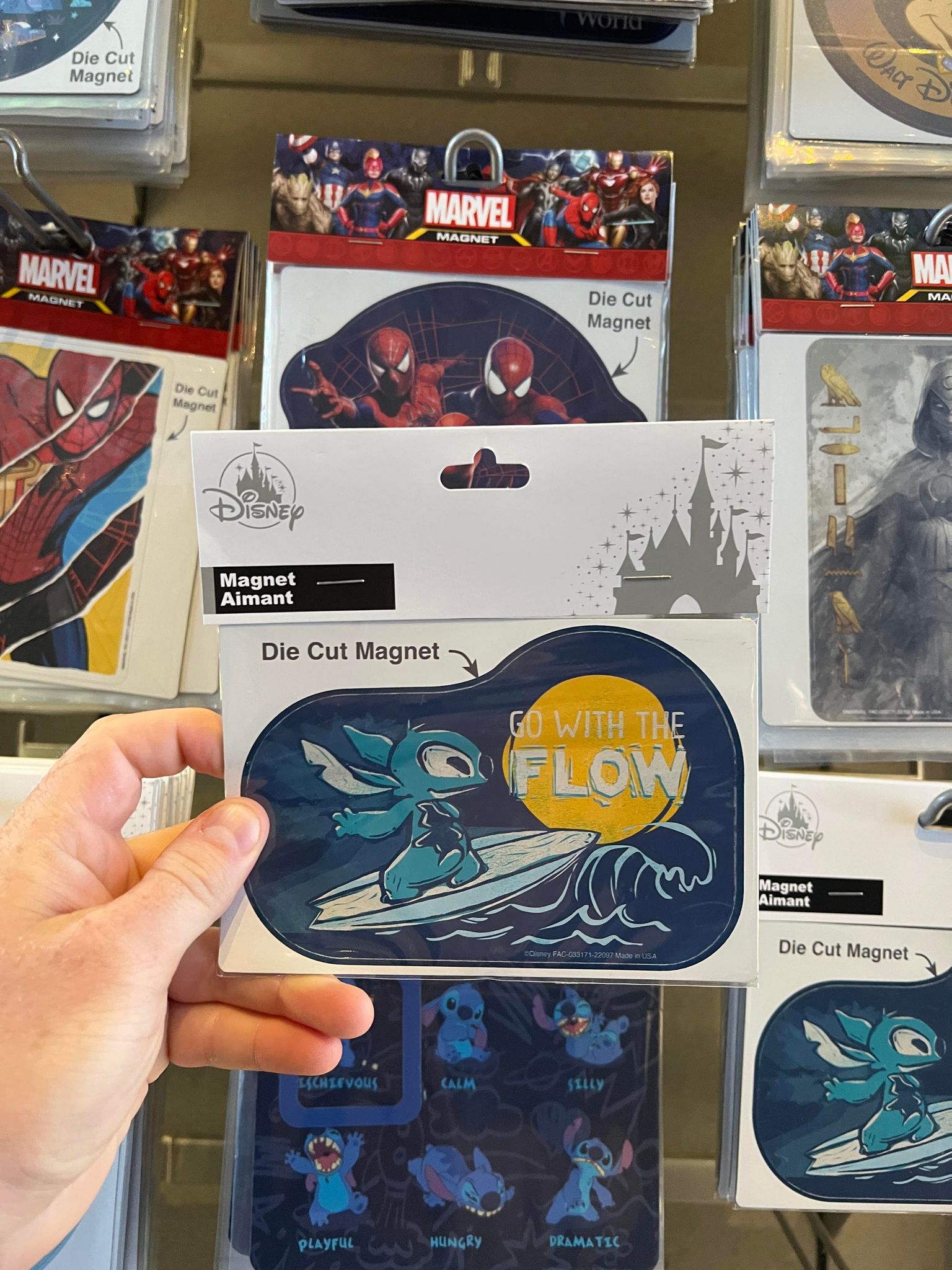 I must say, it is rather awesome that this particular magnet design was released in the same week as the debut of “Finding Nemo: The Big Blue… And Beyond!” at Disney’s Animal Kingdom. If you know, you know! 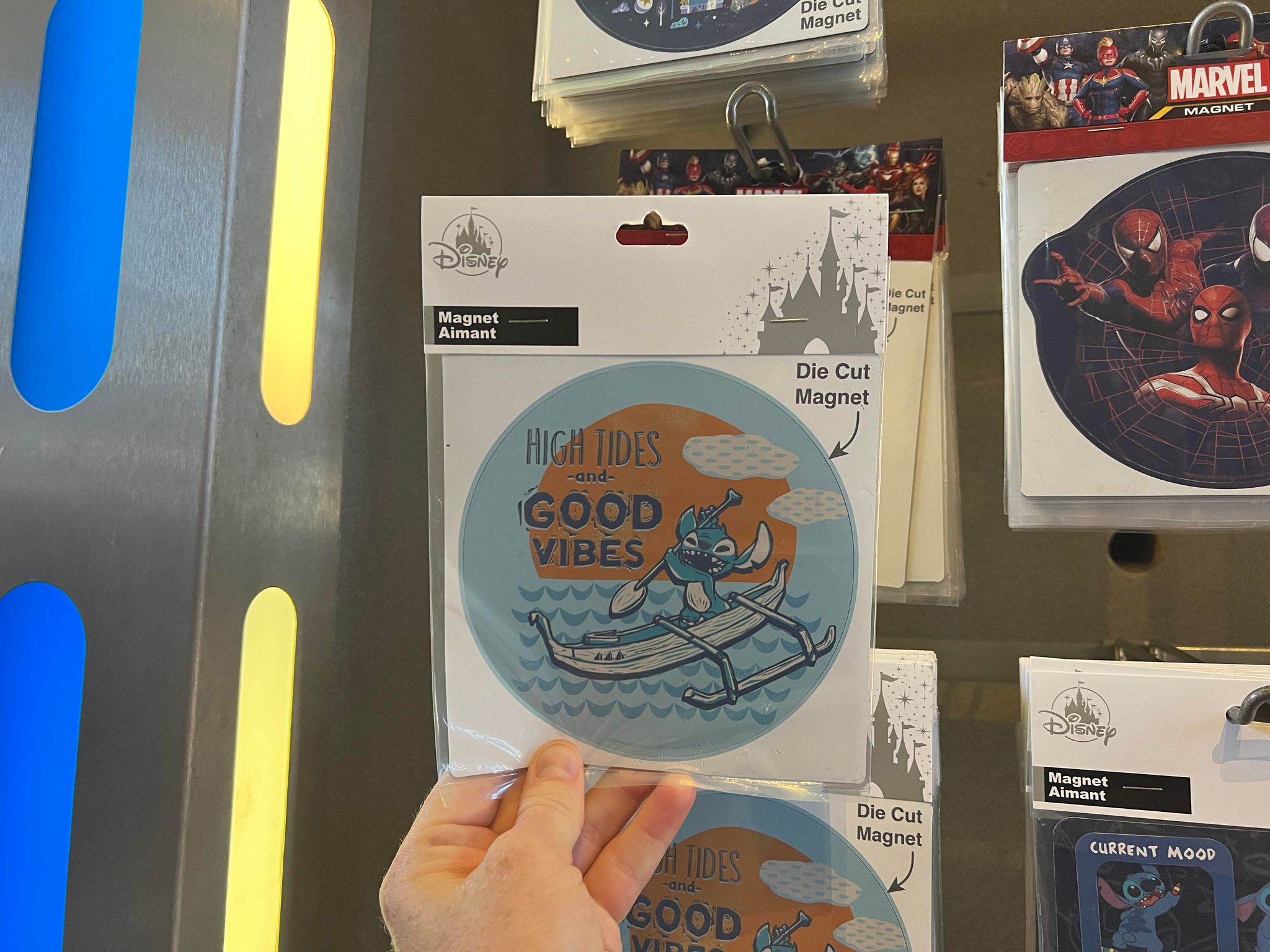 The second magnet is this cute round one, on which Stitch appears to have branched out to a different hobby in water sports and is sailing happily around the sea.

Above him is the relaxed motto of “High Tides and Good Vibes” – the perfect slogan for summer! 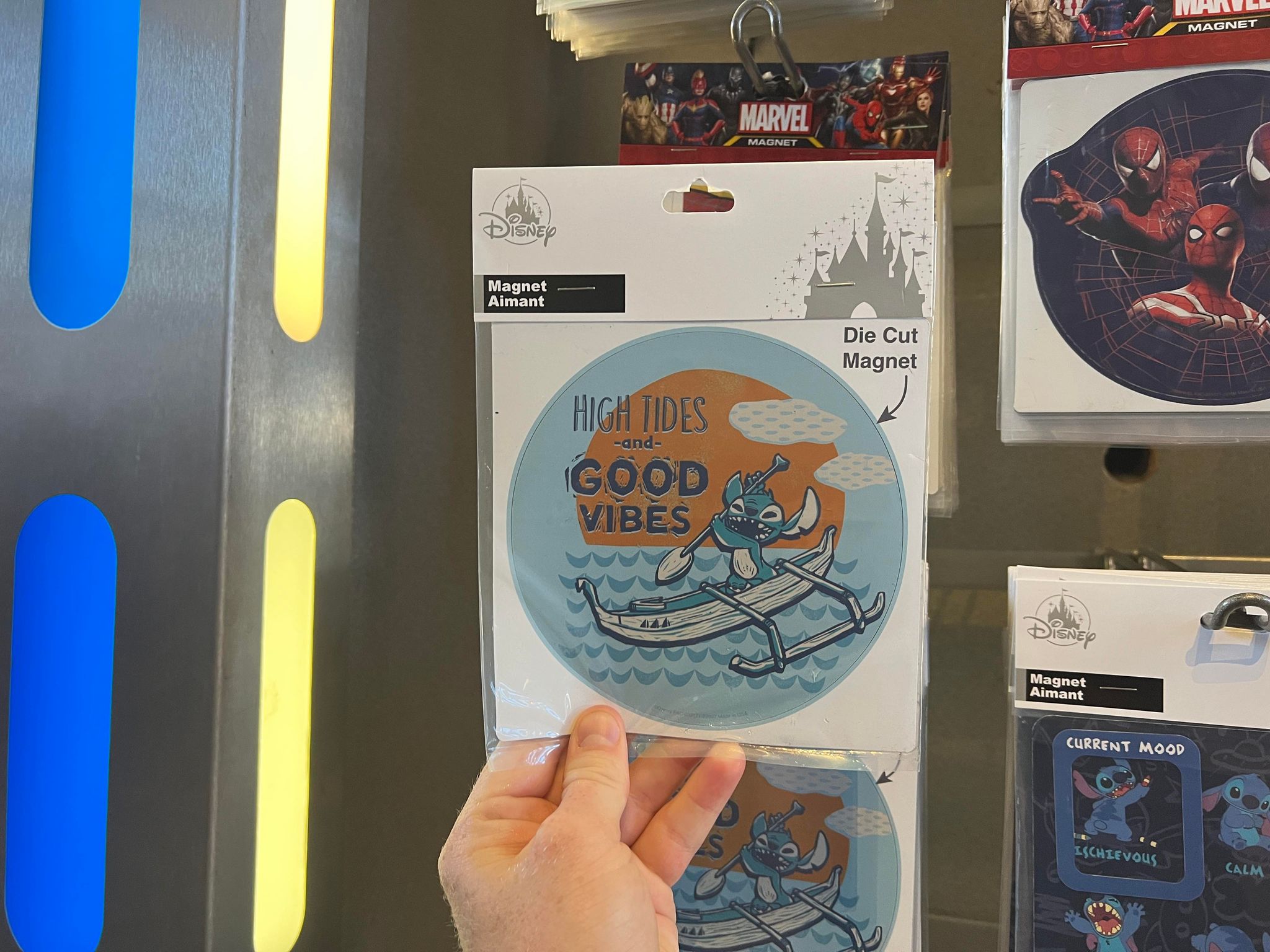 Both magnets cost $14.99 and we found them, along with the Apple Watch band, over at Tomorrowland Light & Power Co. in the Magic Kingdom.

Will you be adding any of these items to your Stitch collections this summer?