Celebrating 45 Years of a Galaxy Far, Far Away…

We spotted several new items of Star Wars merchandise in Creations at Epcot this morning. Surely these new pieces were set out to celebrate the 45th anniversary of the first film’s release.

That’s right, readers. On this day in 1977, A New Hope (Episode IV) premiered in movie theaters. The film and its ensuing legacy lives in the hearts and minds of fans as the franchise continues to grow in breadth and popularity. 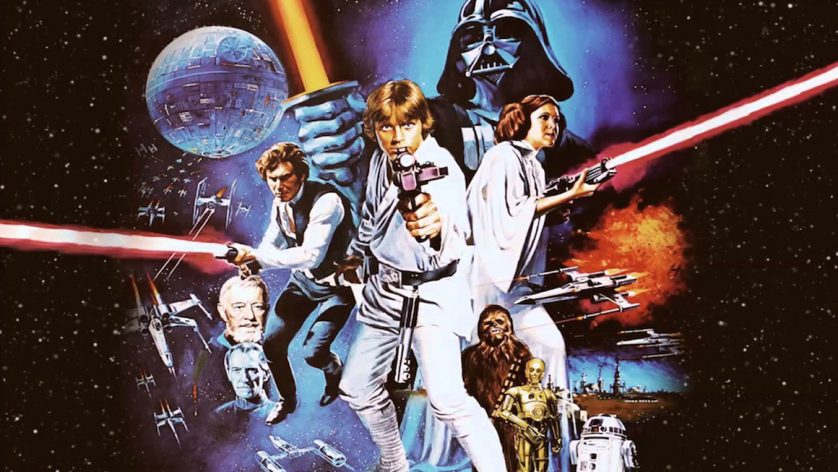 The first of the new items we’ll feature here is a retro backpack by Loungefly. 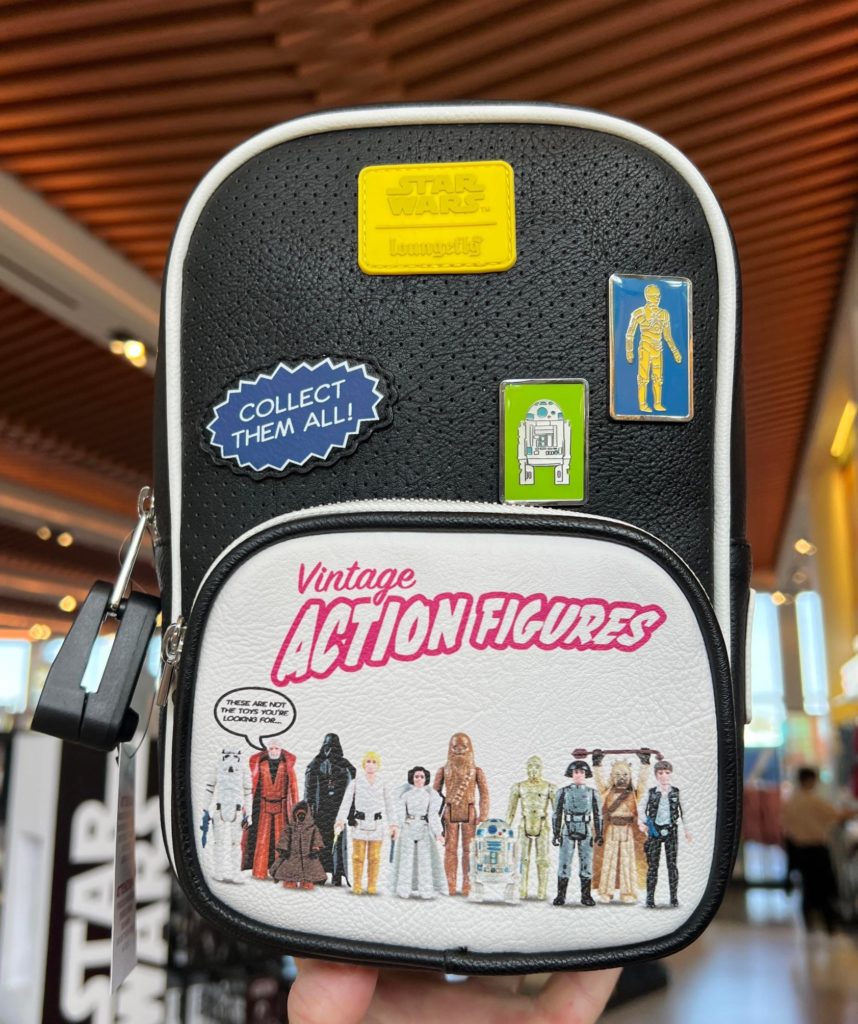 It features vintage Star Wars action figures, including most of the cast from the original film. 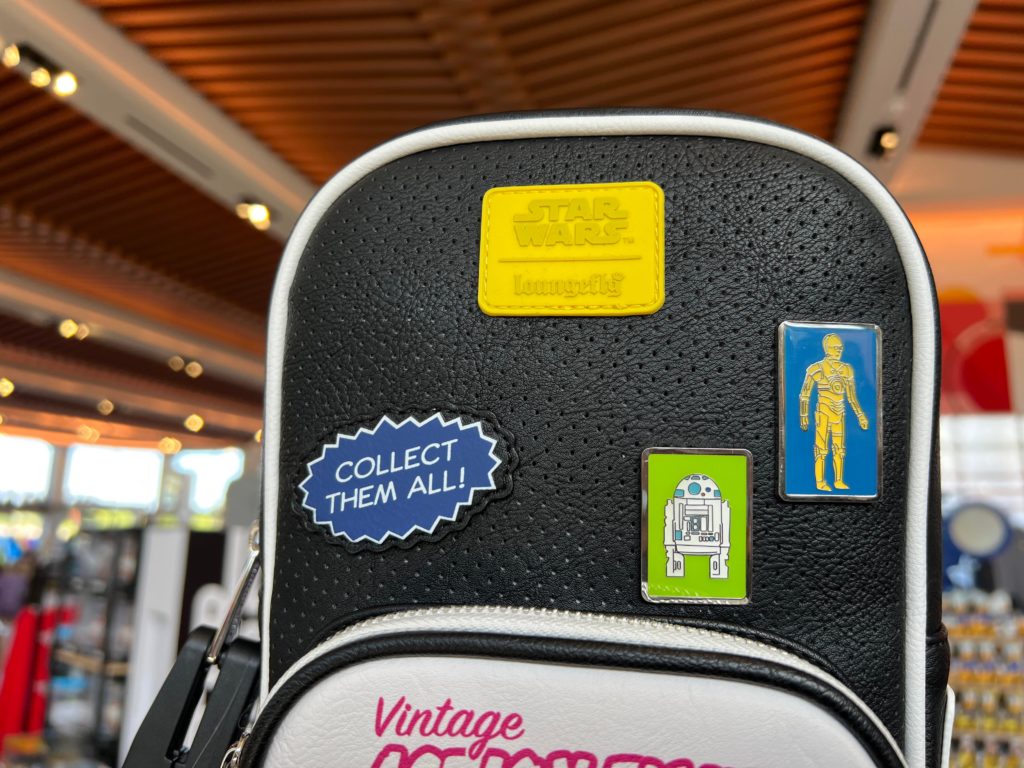 The front of the backpack also has two medallions featuring C3P0 and R2D2. Attached to the bag, they look like collector’s pins. 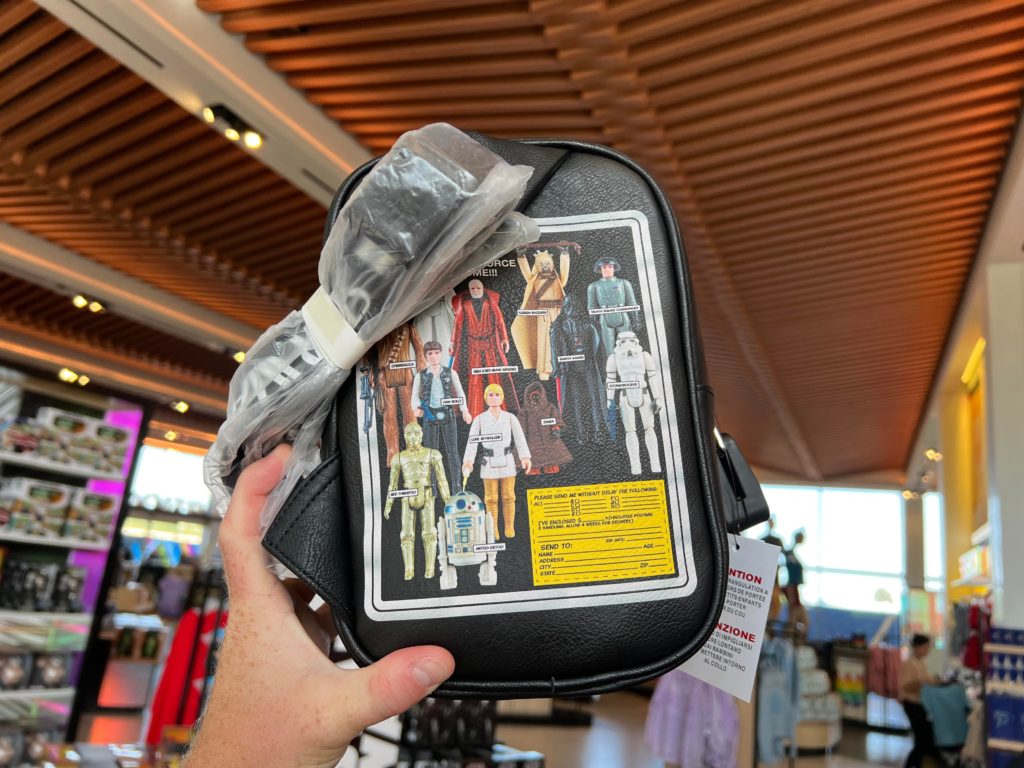 Vintage characters are also featured on the back of the backpack, along with their names. The bag also features a vintage order form that used to be included as part of your action figure purchase. 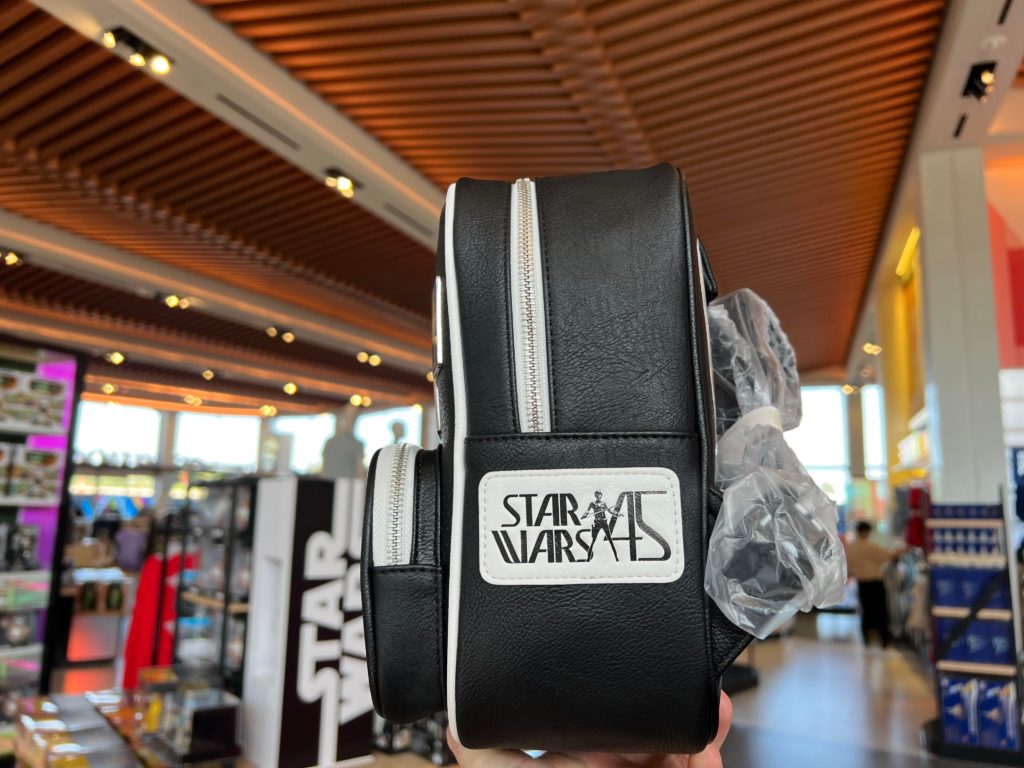 The side of the bag features a “Star Wars 45” logo to celebrate today’s anniversary. 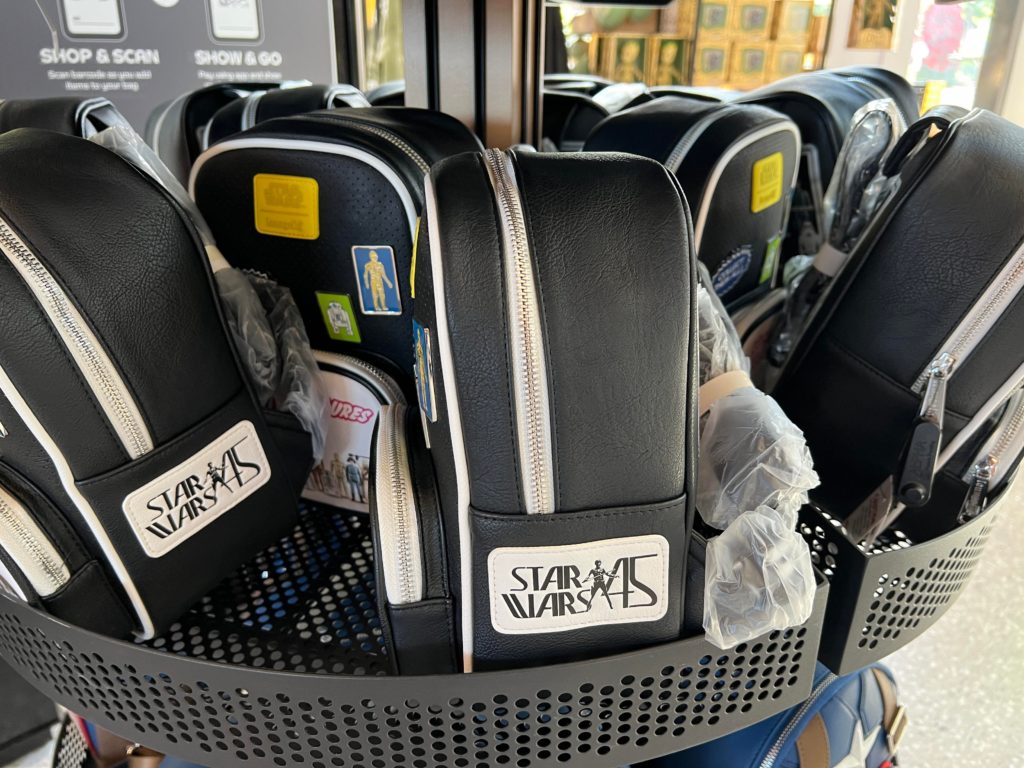 We also spotted a new Darth Vader sipper, featuring a profile of the notorious villain. 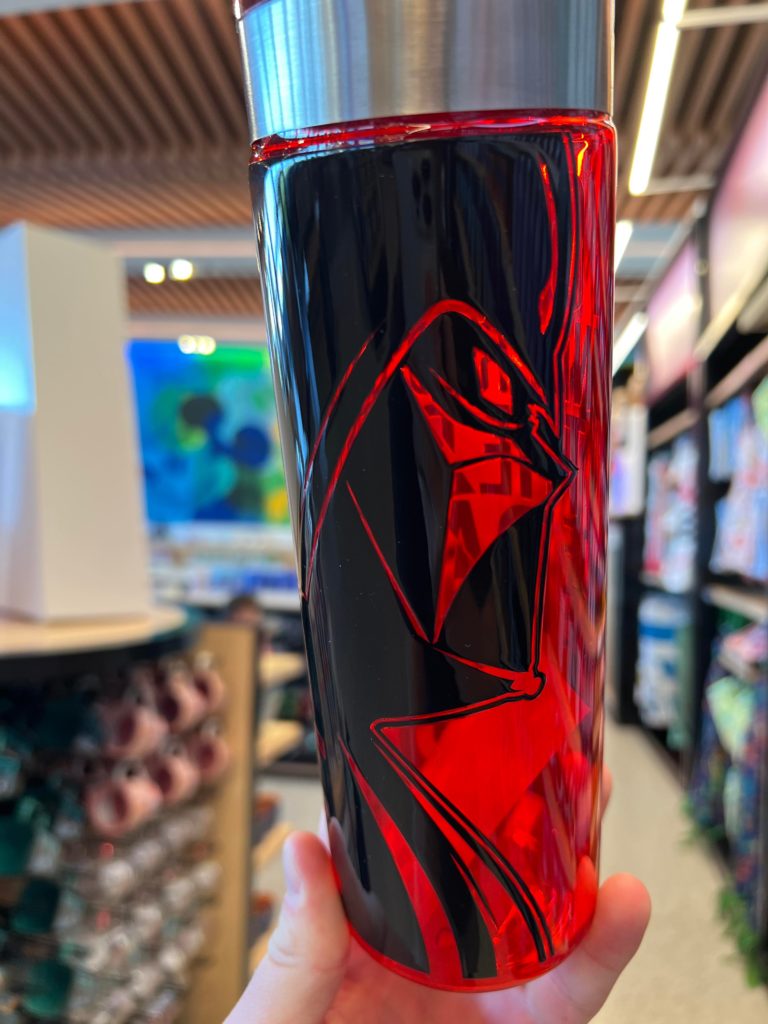 The red, silver and black tumbler also features a notorious phrase from Star Wars: Return of the Jedi (Episode VI). In a climatic scene, Darth Vader and Luke Skywalker face off in a light saber duel.

Vader says: “You underestimate the power of the dark side” – the phrase featured on the new sipper. 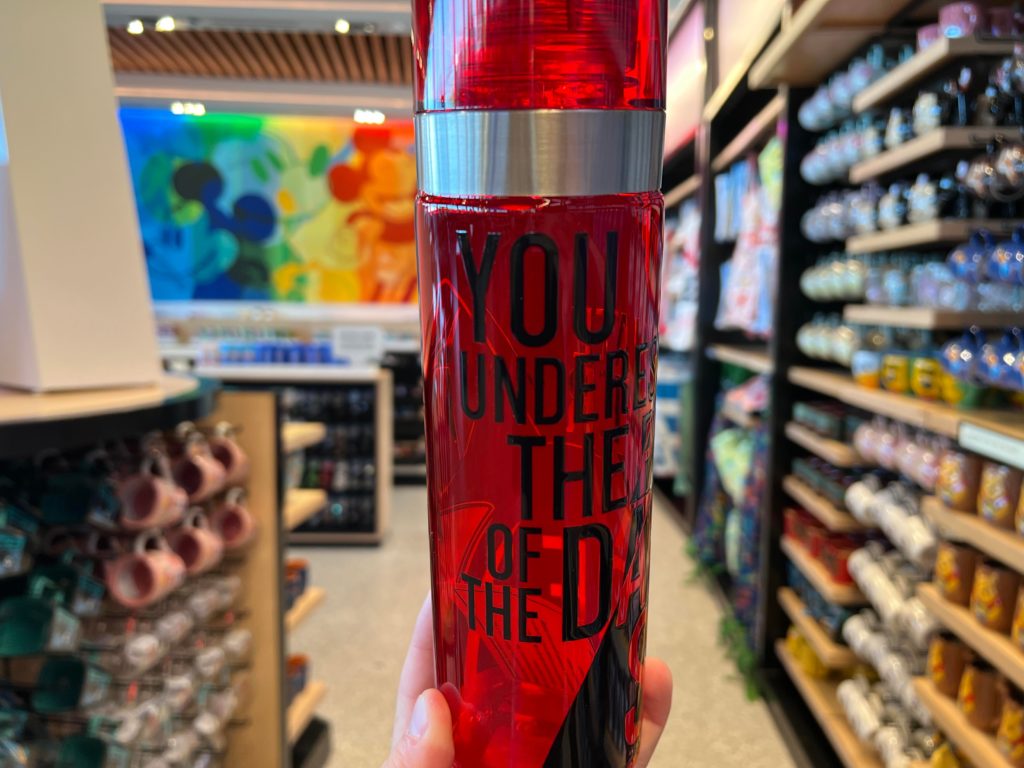 The scene continues with Vader stating “If you will not fight, then you will meet your destiny.” 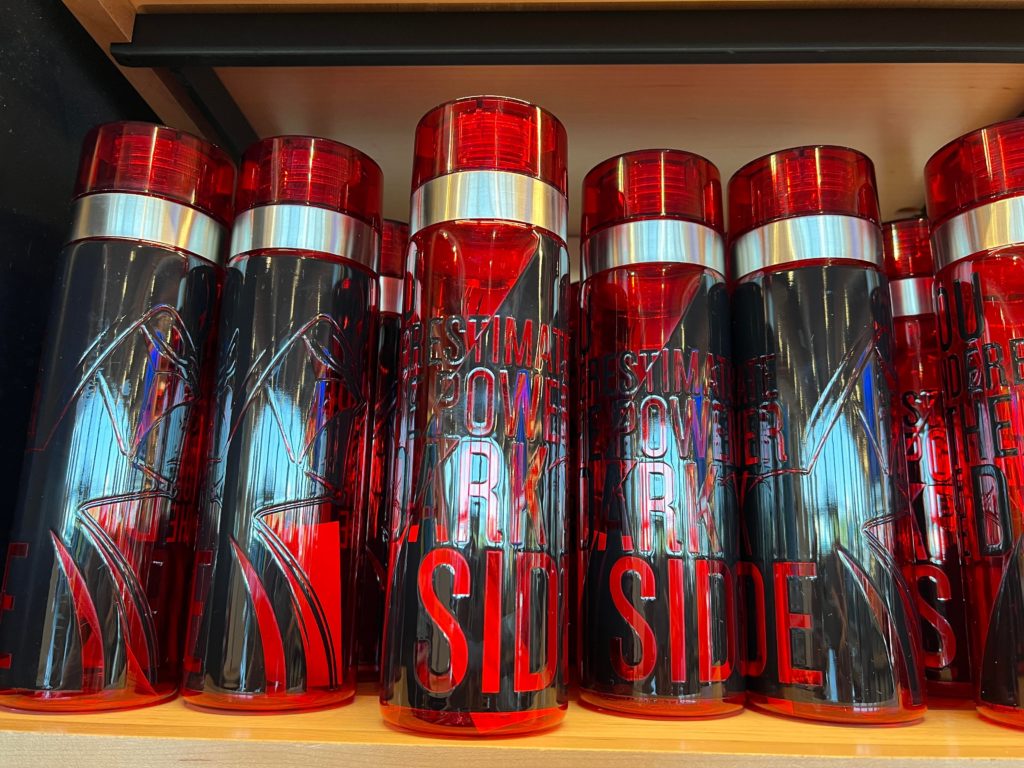 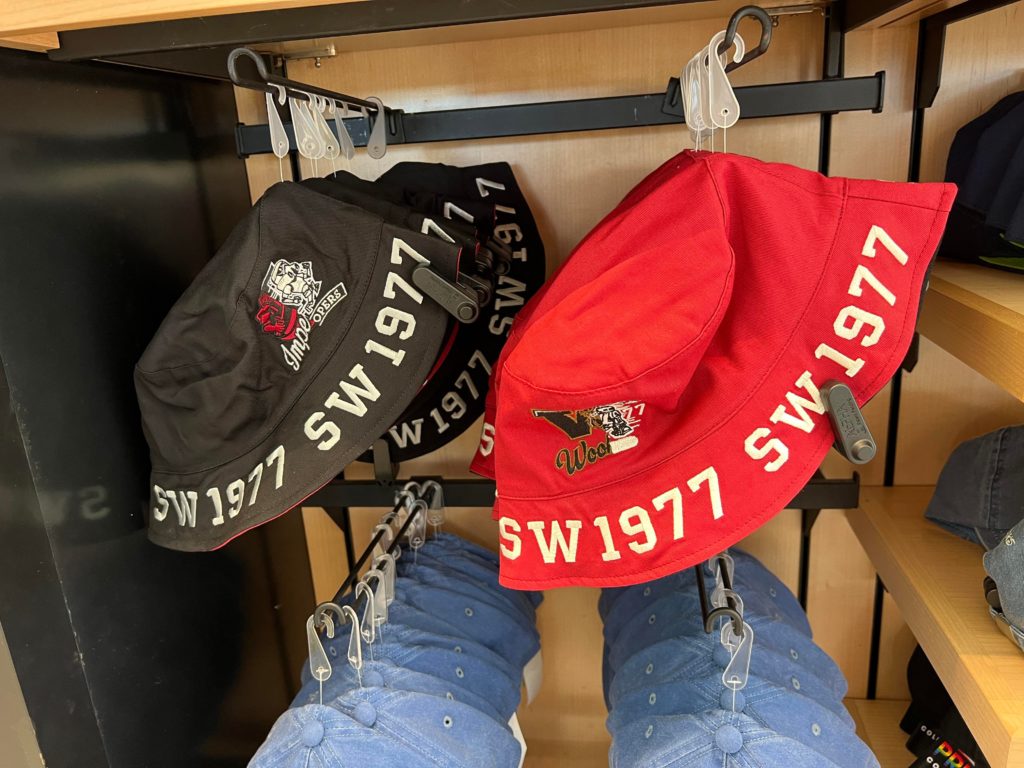 Both hats feature the year of Star Wars film debut, as signified by letters and numbers (SW 1977). Each hat features a “mash up” logo as its central focus.

The red hat features a logo that’s comprised of a Wookie and Rebels design. 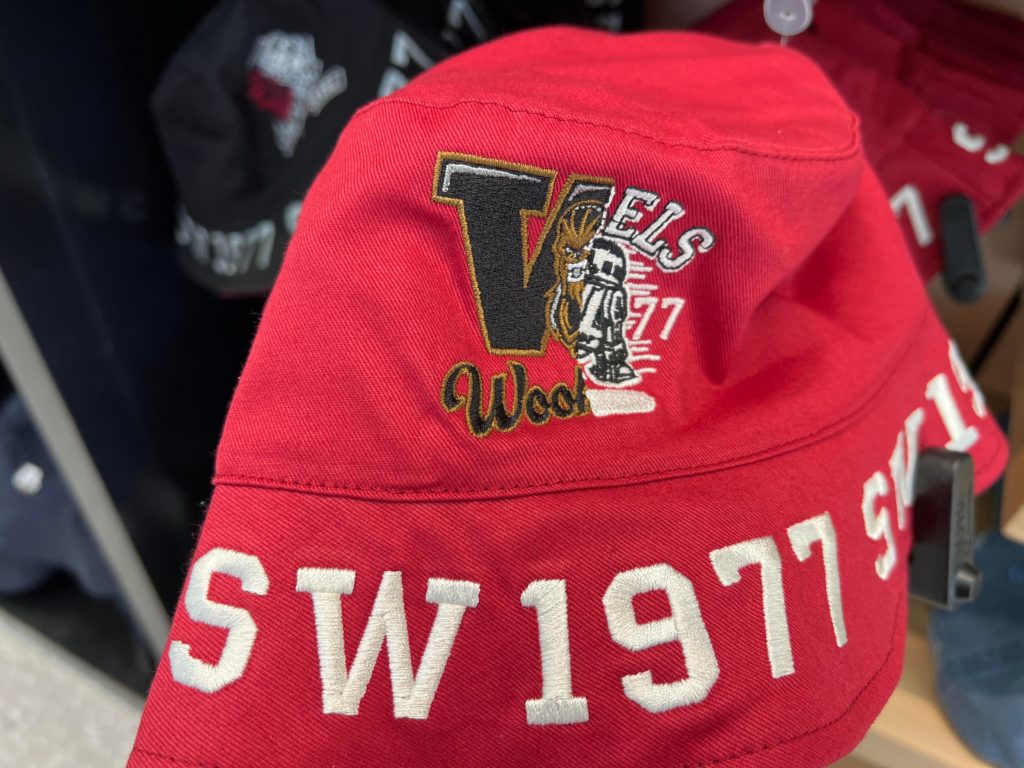 The black hat features a logo with an Imperial forces and Stormtrooper design. 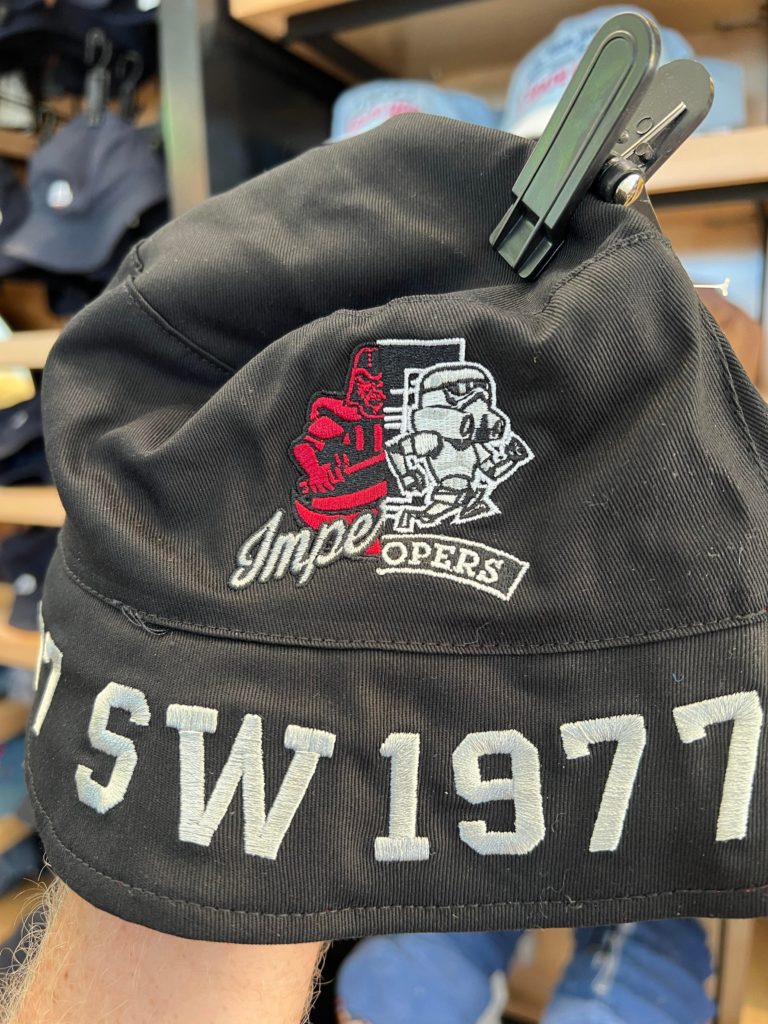 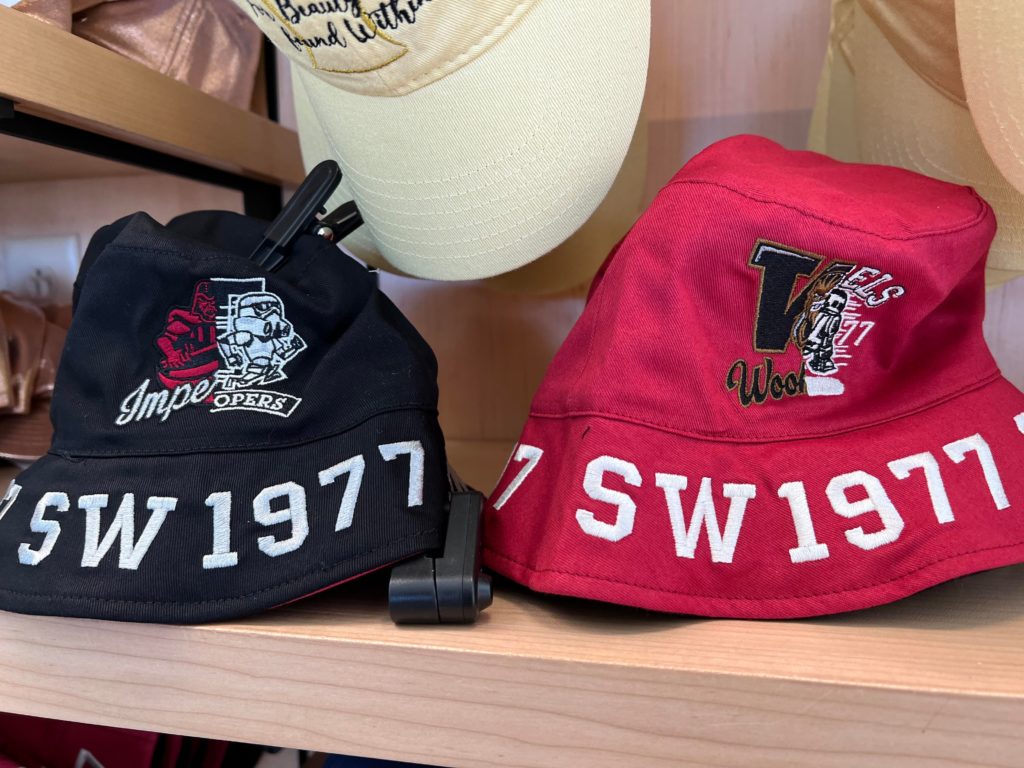 If you are in Epcot today, get over to Creations to snag this new, unique Star Wars merchandise. May the force be with you… today and always!