Which Disney Rides Should Imagineers Reboot?

Change is inevitable at Disney theme parks. Imagineers think in terms of decades, not years, when planning attractions.

Recently, Disneyland has redesigned a 1955 original into Snow White’s Enchanted Kiss. Meanwhile, Maelstrom at EPCOT switched to Frozen Ever After.

Park officials also announced plans for sweeping updates to Spaceship Earth and Splash Mountain, although those may take a few years to complete.

So, we have an obvious question on our hands. Which other Walt Disney World attractions should Disney reboot? I have thoughts… 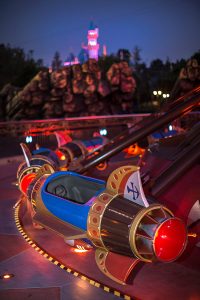 When you gaze at Magic Kingdom from other parts of the Disney campus, you will most likely notice Astro Orbiter, especially at night.

Disney illuminates the planetary structures in a way that they (literally) glow in the dark. 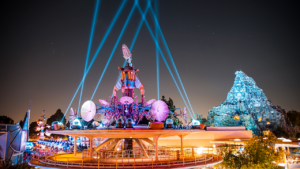 For this reason, I’m always reluctant to project any changes to what is otherwise a subpar attraction.

However, Tron Lightcycle Power Run opens later this year. When that happens, the roller coaster becomes the focal point of Tomorrowland.

At that time, Astro Orbiter no longer serves its primary purpose. So, Imagineers could feasibly take this opportunity to modernize or re-theme the ride. 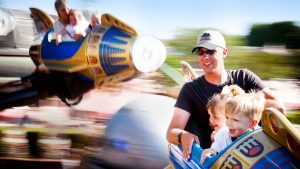 The flaw with this plan is that Astro Orbiter holds a small footprint relative to many attractions. As a result, I’m unsure how Disney could better use the space.

That’s the catch-22 here. Astro Orbiter isn’t an attraction I believe is worthy of the Disney name. I have no idea what could replace it, though. 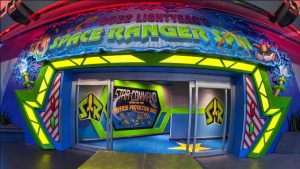 A rumor circulated briefly last month, but it turned out to be a hoax. Some weirdo scammed someone who probably should have vetted better.

Still, the reason why anyone bought into the rumor is that it makes sense. 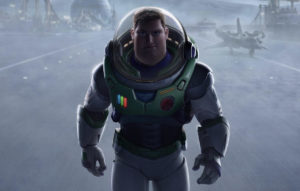 Within the month, Disney will release Lightyear, a reboot of the Toy Story franchise with a Buzz Lightyear origin story.

This tale has nothing to do with a toy, though. Instead, it’s a “real” astronaut who gets catapulted 66 years into the future and tries to survive. 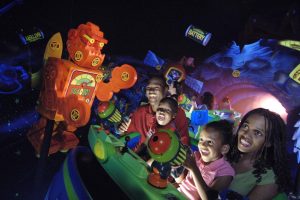 Is that reason enough to believe that Disney may alter Buzz Lightyear’s Space Ranger Spin? On its own, the answer is no.

However, two other Disney attractions have modernized this ride design. 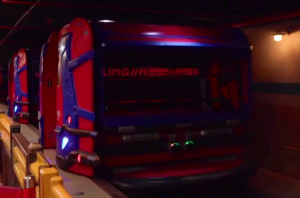 Ant-Man and the Wasp: Nano Battle! and WEBSLINGERS: A Spider-Man Adventure both utilize the same technology in new and better ways.

For this reason, I believe that Disney could make the same decision with the current Buzz Lightyear ride. 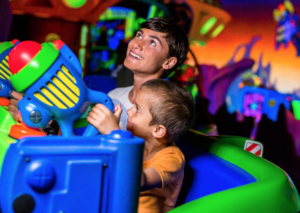 Something fresher would reinvigorate the ride and match the more modern feel of the upcoming Tron Lightcycle Power Run.

Okay, out of everything listed here, DINOSAUR is the attraction I least want Disney to change. I think it’s pretty much perfect in its current form. 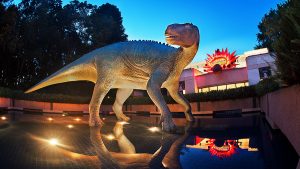 Realistically, that’s not the consensus opinion, though. Many guests despise DinoLand USA and want the whole thing overhauled.

Until recently, I would have argued that Disney wouldn’t break the animal theming at Disney’s Animal Kingdom to make wholesale changes. 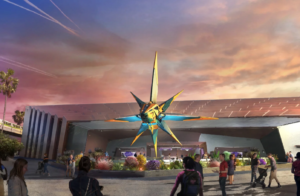 That was before Pandora – The World of Avatar opened, and then EPCOT added the Wonders of Xandar pavilion.

Now, we live in a world where Disney park themes are in air quotes, and management is perfectly comfortable adding intellectual property as needed. 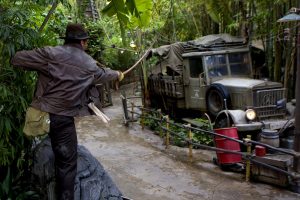 For this reason, I’m accepting that the rumored Indiana Jones themed land could come back into play, depending on how Indiana Jones 5 does at the box office.

If that film is a blockbuster, we could watch DINOSAUR turn into Indiana Jones Adventure, just like at Disneyland. They share ride mechanics but have different themes. 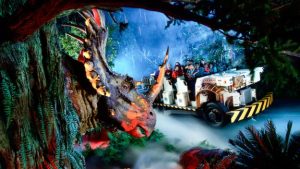 So, this would be a simple conversion for Imagineers that might reinvigorate the other side of Animal Kingdom.

Even as an Indiana Jones superfan, I’d rather that DINOSAUR stay. The rest of the themed land is the problem, not this exceptional attraction. 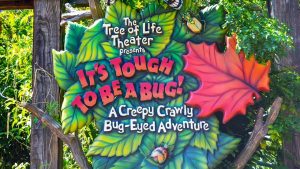 Some of these suggestions come from longstanding rumors or, at the very least, ones that have been bandied about at least some.

With It’s Tough to Be a Bug!, I’m going a different way and using common sense instead. 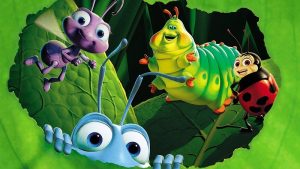 With all due respect to A Bug’s Life, it’s a lesser Pixar movie, primarily because it was the second one. Filmmaking has evolved since then.

If we picked a Pixar story from the 21st century and compared it to A Bug’s Life, the only film that may not win is The Good Dinosaur. That’s an objective fact. 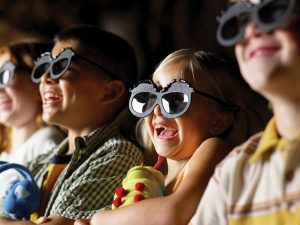 Why hasn’t Disney replaced this attraction? First, it’s a perfectly charming story with some hilarious surprises sprinkled in the eight-minute presentation.

Second, nature themes aren’t the driving force behind many Pixar films. A logical successor would be Finding Nemo/Finding Dory, but it already has a place at EPCOT. 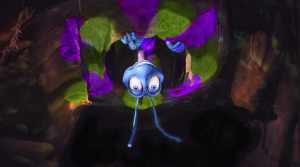 One Pixar story fits the bill, though, and it’s a factor at Disney’s Animal Kingdom as we speak. Russell and Dug from Up host character greetings, while Kevin roams the park and squawks at strangers.

Dug Days also proved immensely popular on Disney+, strengthening my belief that it’s time to replace A Bug’s Life with an Up story at this attraction! 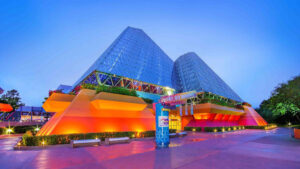 Come on, you knew I’d mention this one. Unfortunately, it’s already been through two revisions, neither of which proved as popular as the original.

For whatever reason, park officials ignore the fans when it comes to Figment and the Dreamfinder. 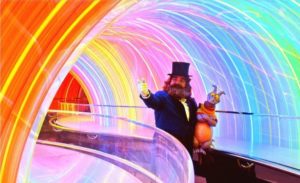 We’ll stand in line for eight hours and pay hundreds of dollars on eBay for Figment popcorn buckets. Disney won’t work to make the Figment ride better, though.

We haven’t had a good one since 1998. I’m not someone who hates the current version, but I’m also a realist who knows it doesn’t compare in quality to the optimism of the original. 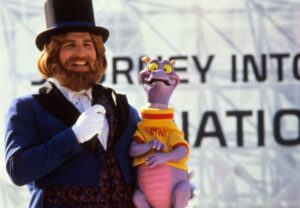 The Figment ride desperately needs a re-theme, and this premise should have been front and center during the EPCOT transition to a more modern park.

Rumors of this attraction’s demise exist for two reasons. First, Disneyland Paris has already re-themed its version to an Avengers experience.

Here’s your first look at the epic TV ad of Avengers Campus at @DisneylandParis! Opening this Summer 💥 pic.twitter.com/JzsuZZAkLg

The other source for speculation involves something arcane, music licensing rights. Aerosmith sold its entire music catalog to an entity that places control under Universal Music Group. 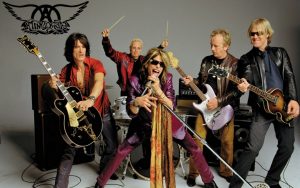 Some people believe that this means NBCUniversal controls Aerosmith’s music library. That’s not correct, as NBCUniversal is a separate entity. Universal Music Group spun off into its own entity in 2021.

Still, the prevailing belief is that Disney won’t renew its Aerosmith license, which may expire as soon as 2022. 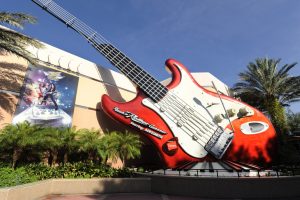 In that scenario, Disney would need to re-theme to something else. I feel like I’ve shot down 75 versions of this rumor over the past five years.

Still, there is some truth to the thought that the Aerosmith license may have evolved into more trouble than it’s worth.

However, Disney cannot re-theme to Avengers due to Universal Orlando Resort’s licensing agreement. 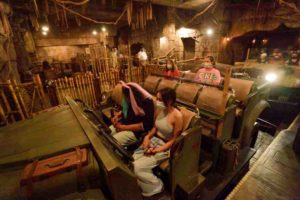 So, the most frequent rumor is an Indiana Jones roller coaster like the one at Disneyland Paris. One’s outdoors while the other is indoors, though.