It’s an exciting time for fans of the Main Street Electrical Parade, which is celebrating its 50th anniversary this year!

The nighttime spectacular is making its long-awaited return to the Disneyland Park tonight, but that doesn’t mean fans on the East Coast have to miss out on the celebrations! 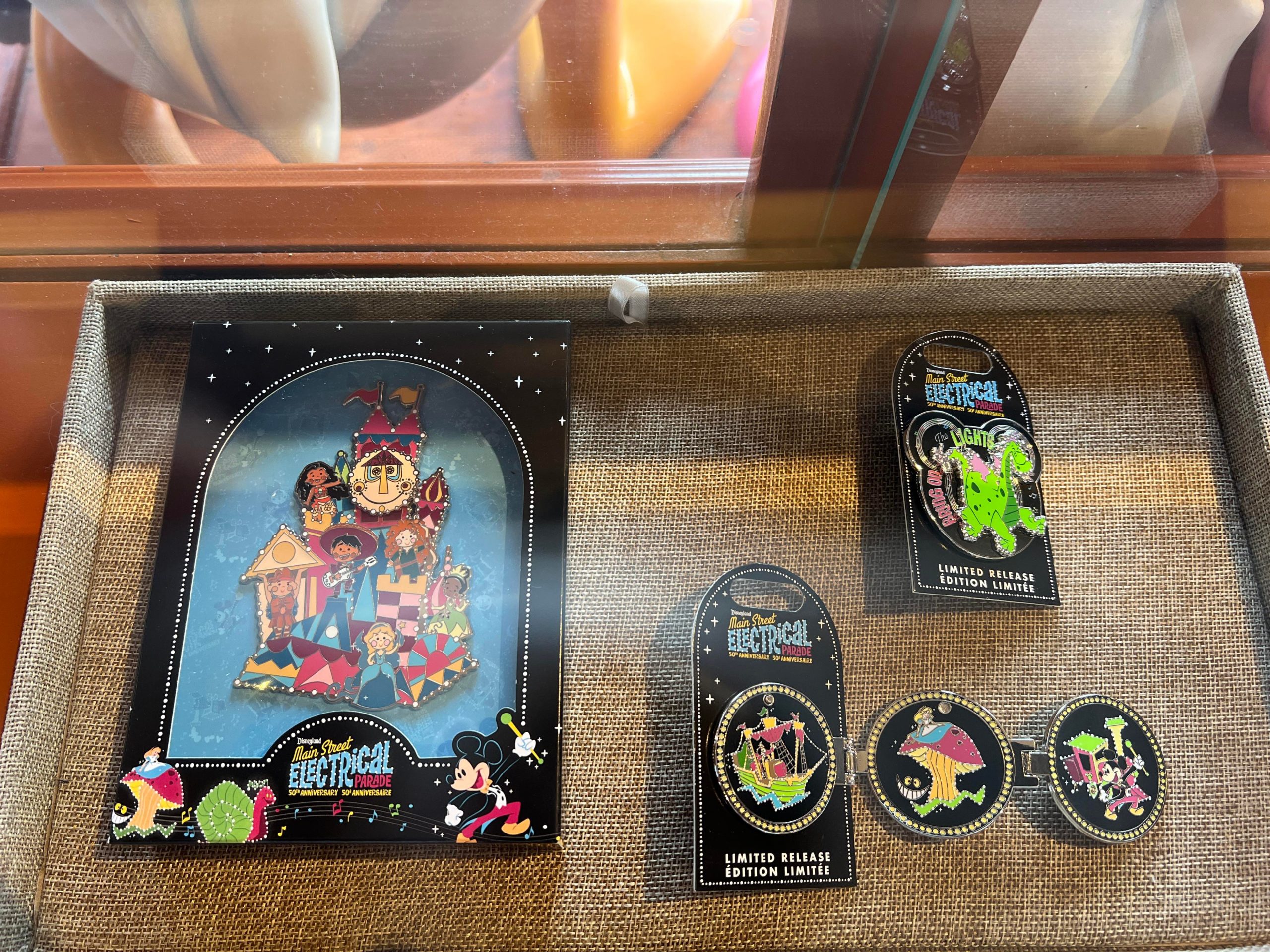 Across Walt Disney World, a highly-anticipated new collection of merchandise has just been released this morning.

We have already found the Loungefly ears and backpacks, both of which are proving to be very popular in the parks. But, now we’re over at Disney Springs, where we have just spotted the special pin releases for the anniversary! 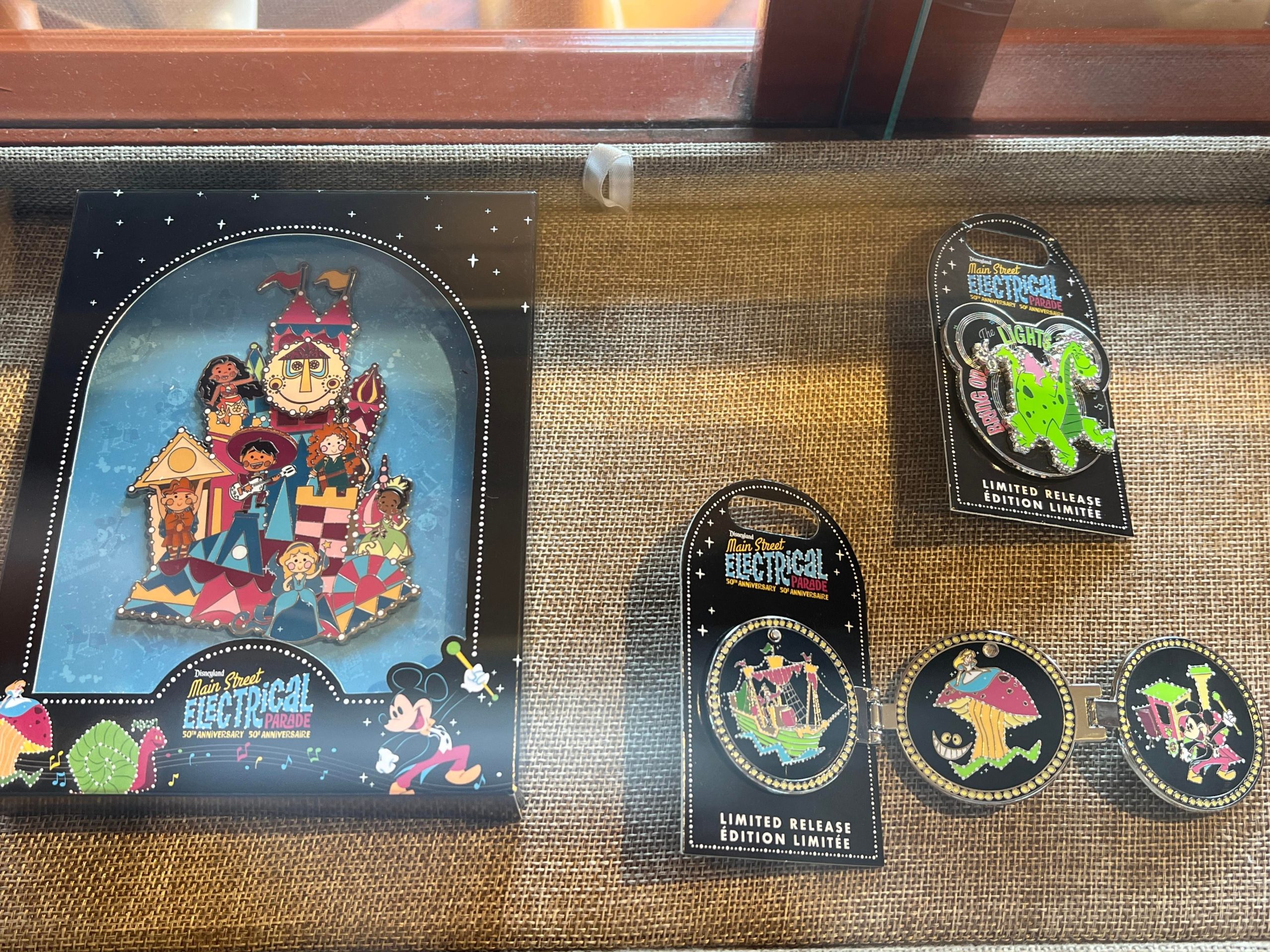 A series of five new pins has been released, all of which limited-edition and full of sparkling magic. Let’s take a closer look, shall we? 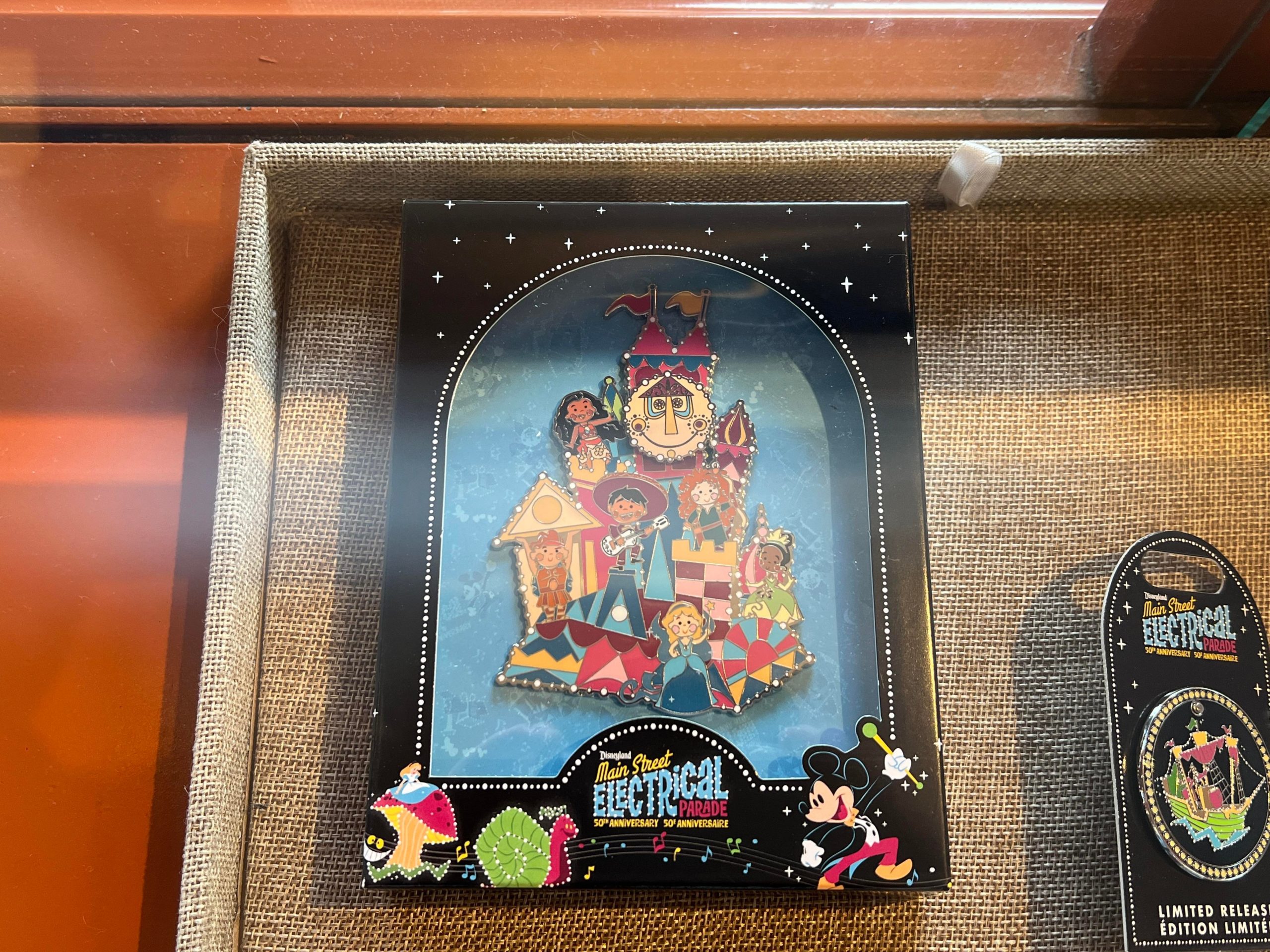 I think we should start by checking out the biggest pin in the set, which is this treasure!

Designed to represent the spectacular finale float inspired by “it’s a small world,” this pin sure is stunning. On the float stand characters from new and classic Disney movies, including Coco, Brave and Moana, all of which are featured in the revived parade for its anniversary. 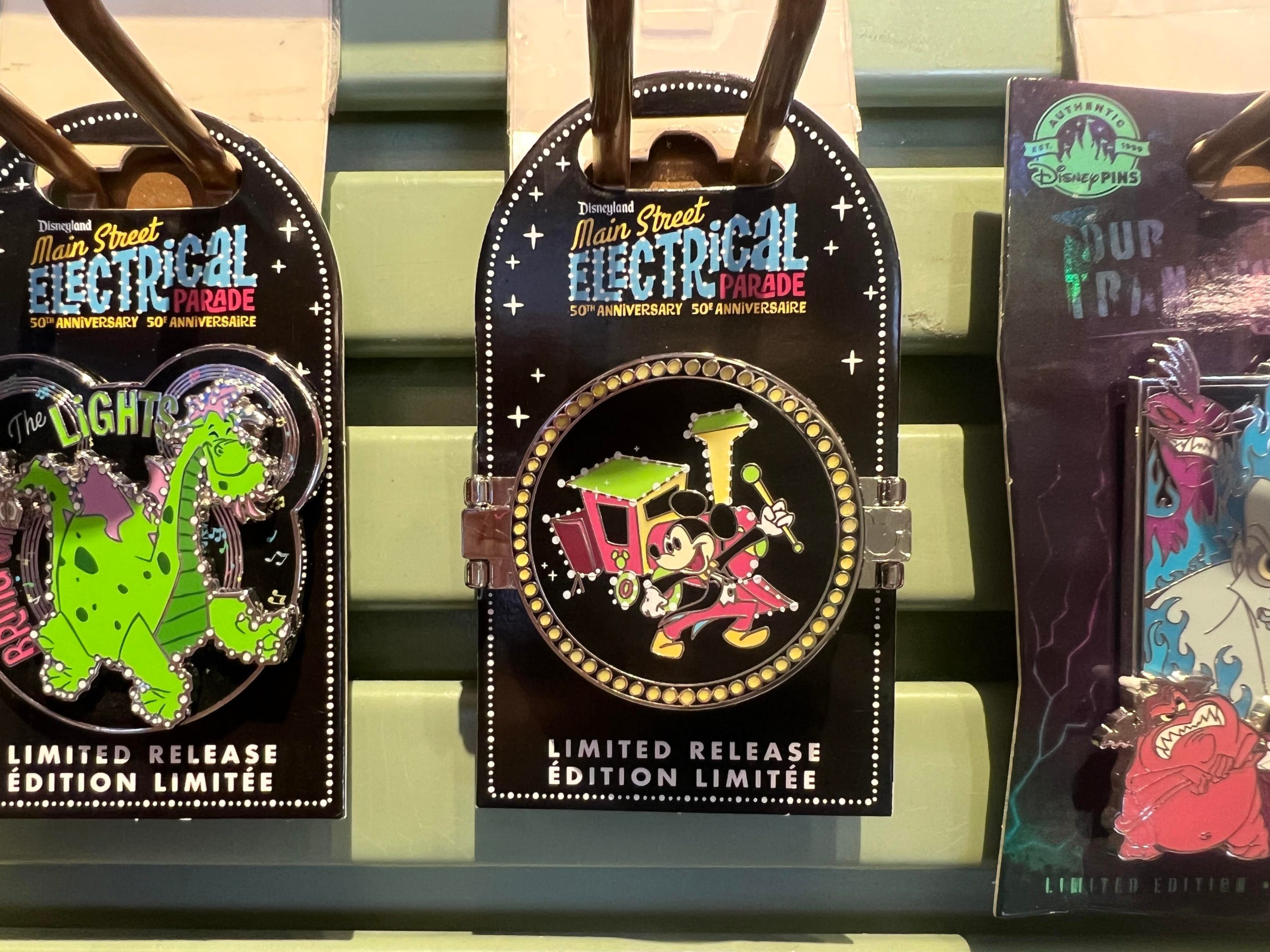 The first of the smaller pins actually extends to be much bigger! The pin is on a hinge, which opens up into three sections to show a series of floats from the parade.

On front is Mickey, marching with his baton and leading the parade in front of his train. 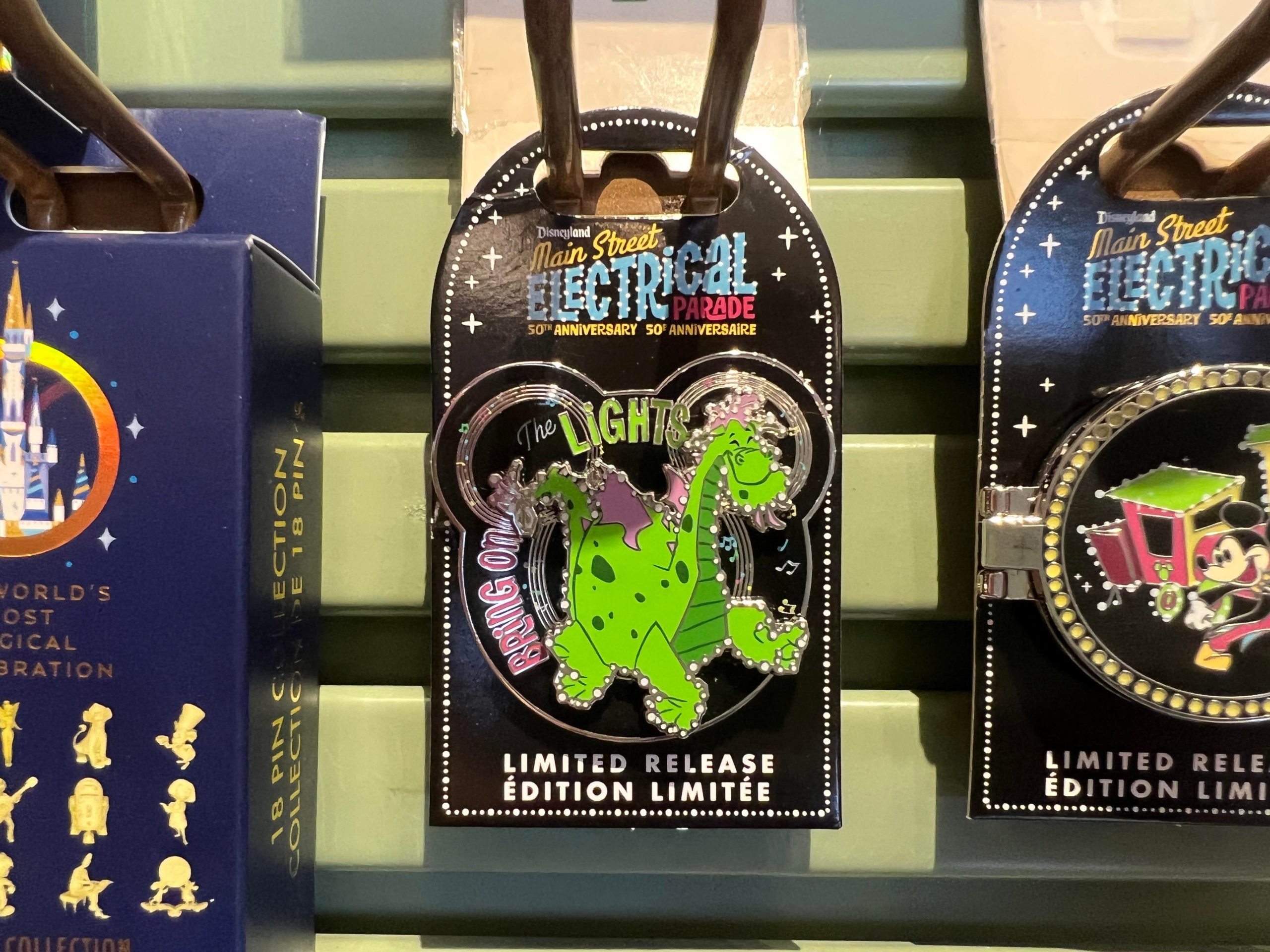 Around the grinning giant are the words “Bring on the Lights”… something everyone will be shouting at the Disneyland Park before the parade’s return tonight! 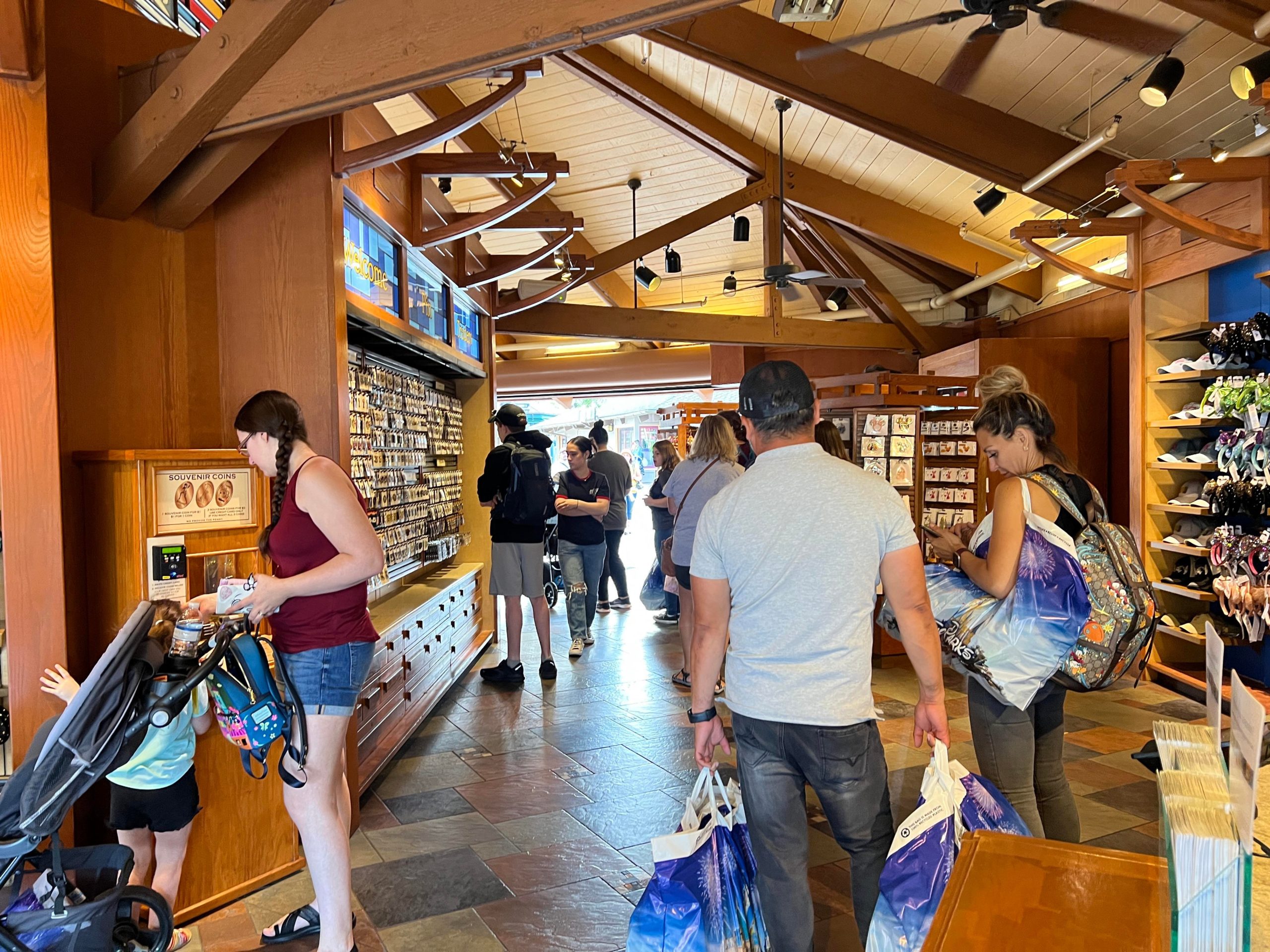 We found these pins over at the Pin Traders store in Disney Springs.

However, these limited releases sure are drawing a large crowd of buyers, so make sure to head on over there soon if you don’t want to miss out! 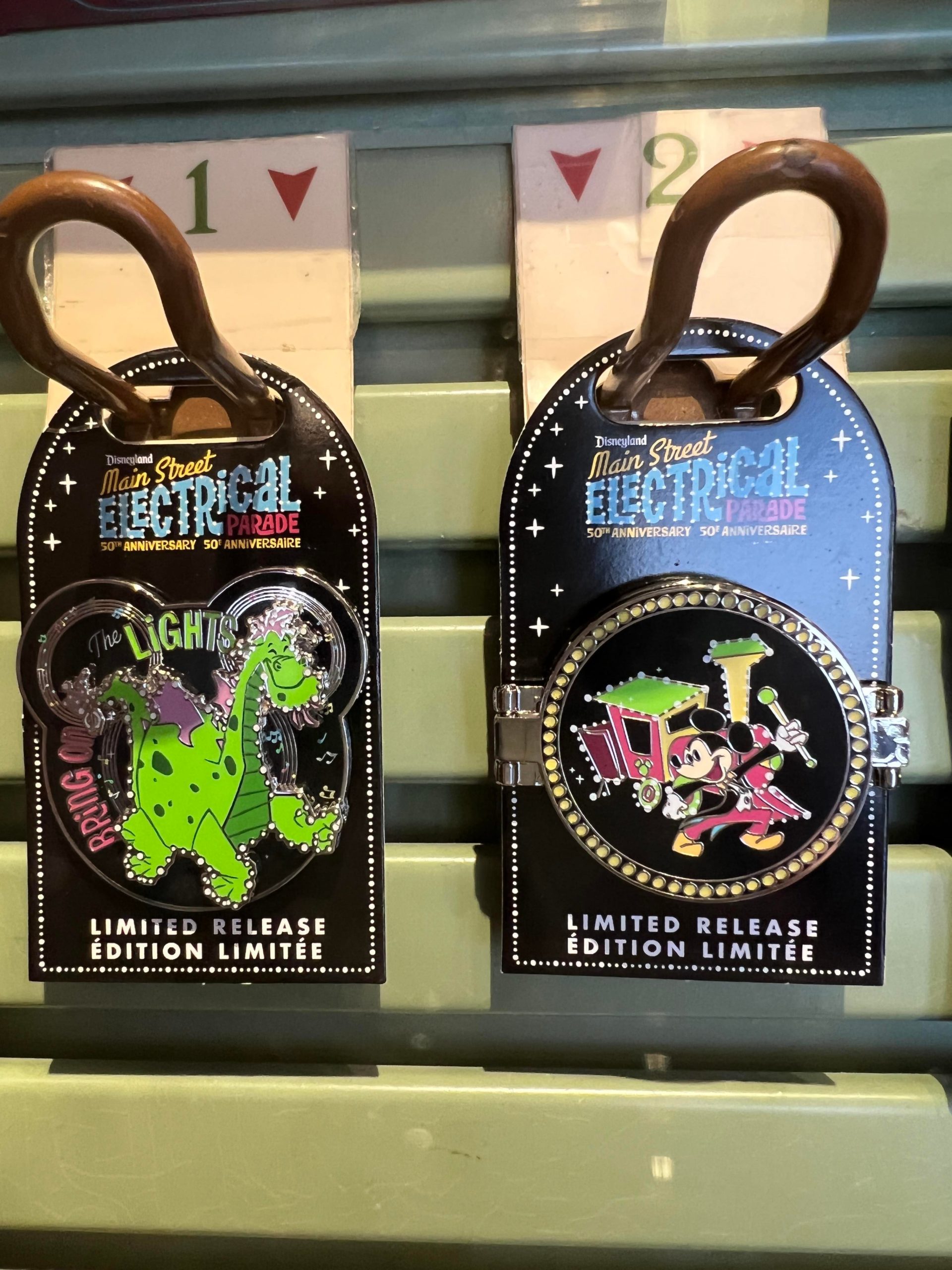