If you’ve been following along with MickeyBlog since Disney World’s official 50th Anniversary celebration kicked off last year then chances are you’ve heard us mention the word “EARidescent” which is the official color story of the anniversary festivities!

With the “World’s Most Magical Celebration” going on for an incredible 18 months, Disney is constantly coming up with new ways to incorporate this metallic pastel hue into a little bit of everything.

The beauty of EARidescence is that if features dazzling hues that shift and change depending on your vantage point.  Walt Disney Imagineers along with other Disney artists have brought this color-story to life in a myriad of marvelous ways from merchandise and sweet treats to the exterior of Cinderella Castle. 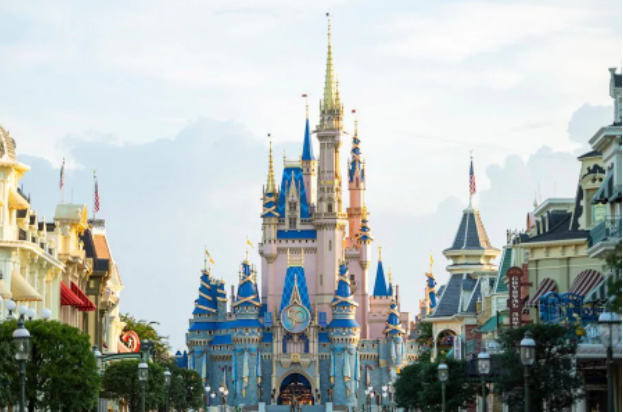 The beautiful makeover the castle received in the lead in to the 50th Anniversary was inspired by iconic Disney Artist Mary Blair. and her vision of the classic film Cinderella.  Walt Disney Imagineer Ben Van Beusekom says that when Blair’s works and the new EARidescent colorway were place on a table side by side it created a “Eureka!” moment.

“We looked and said, ‘that’s it – that’s the summary of the last 50 years of Walt Disney World’ and it also offers a glimpse into our future,” Ben says. 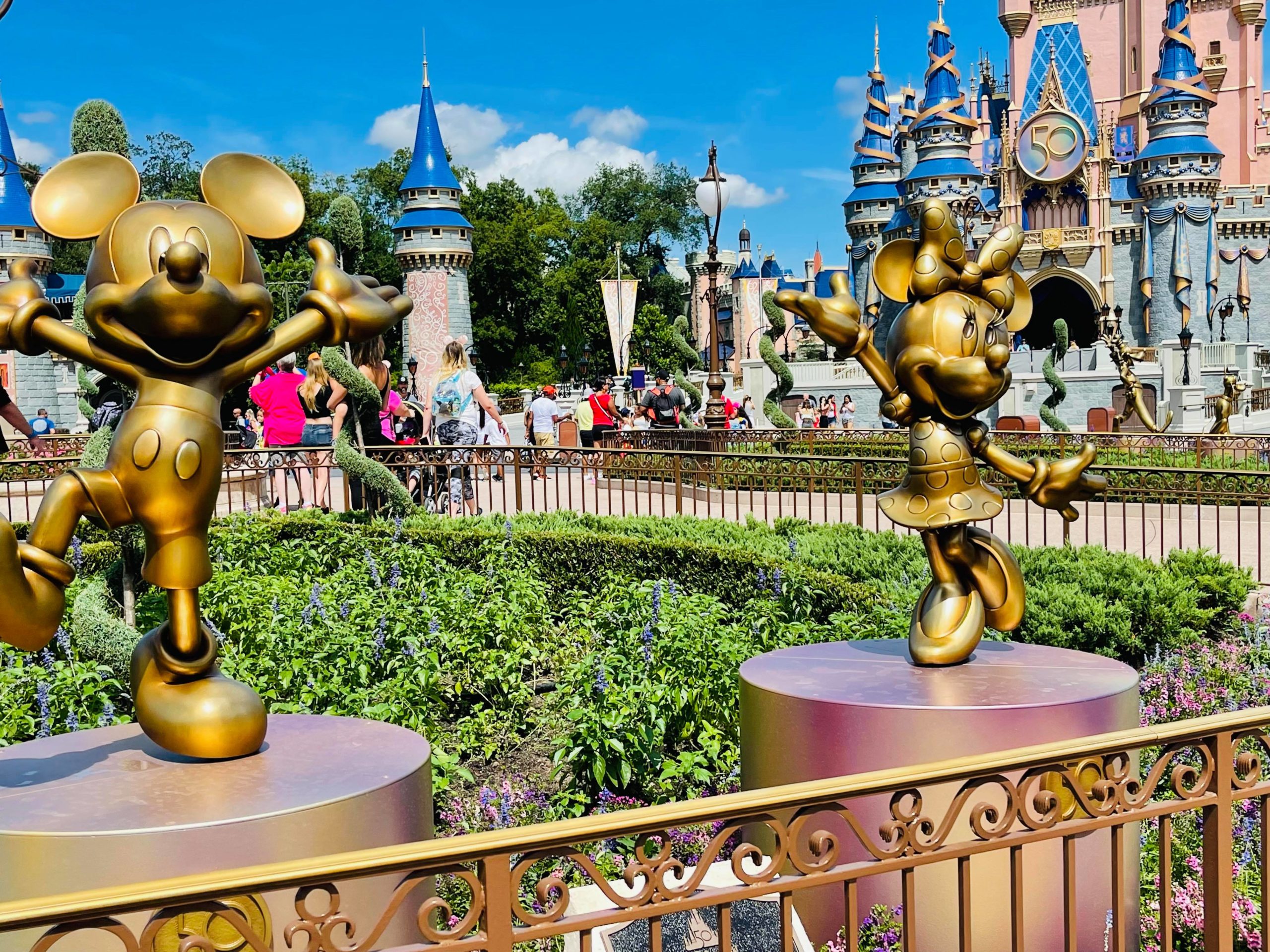 Next time you’re at the parks, take a look at the base of the Disney Fab 50 character statues.  The pedestals shine with EARidescense creating a stunning visual experience as you stroll through each of Disney World’s four theme parks. 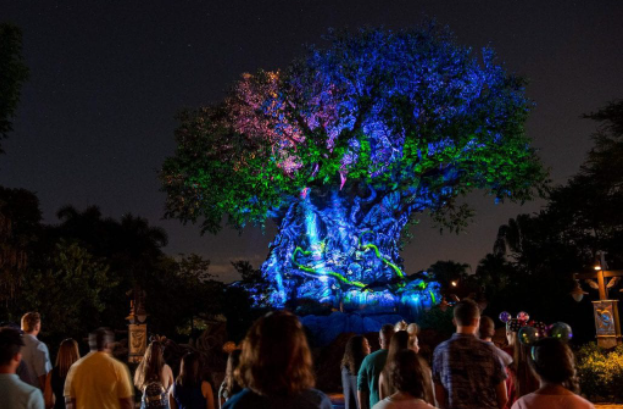 At each of the four theme parks you’ll also find special lighting/projections in the evenings known as Beacons of Magic.  Iconic Disney landmarks including the Tree of Life, Tower of Terror, Spaceship Earth and Cinderella Castle are illuminated in EARidescent hues.  What we also love is that each one is distinctly different. At Animal Kingdom for instance, you’ll notice stunning hues of green inspired by fireflies. 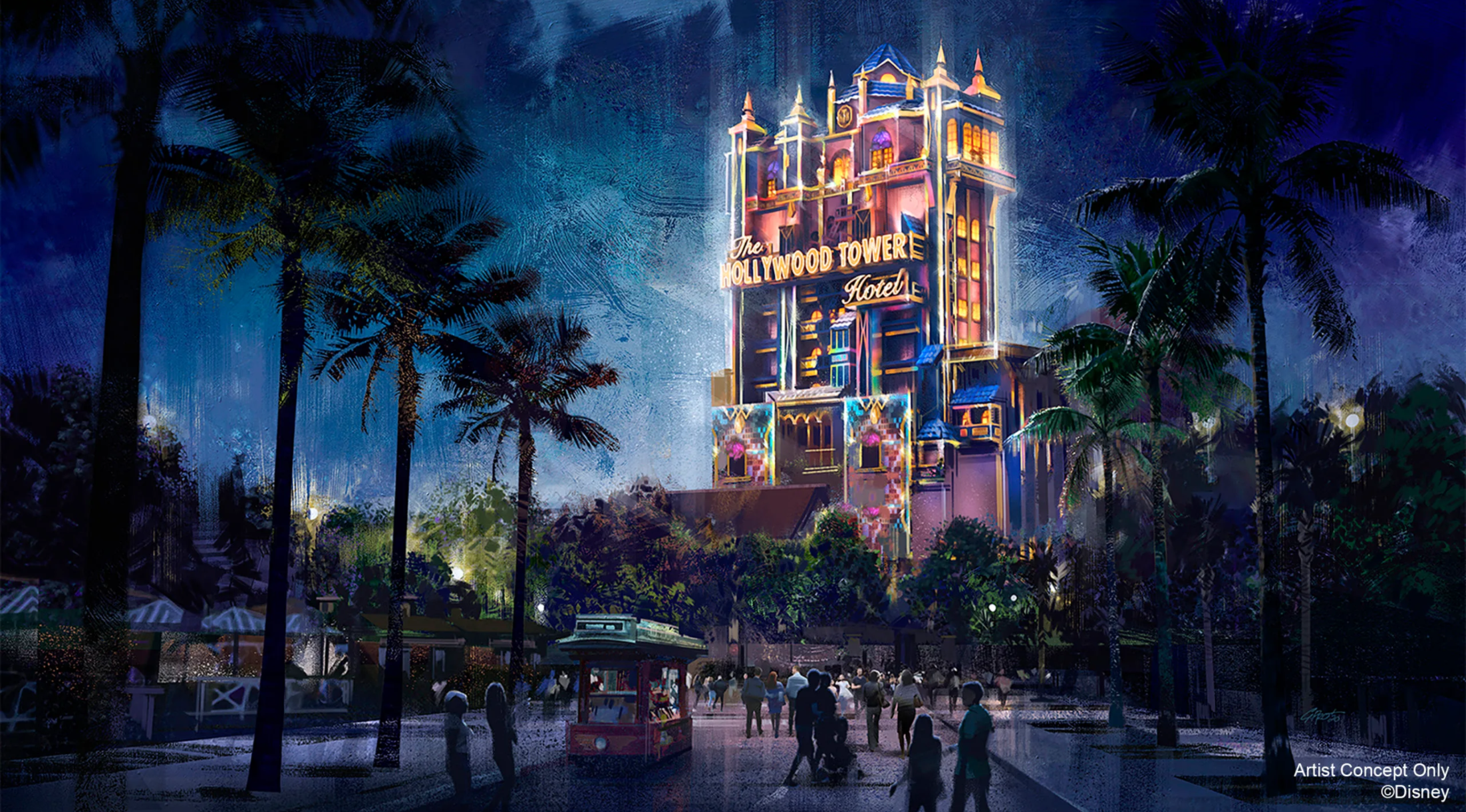 While over at Disney’s Hollywood studios the EARidescent colors are gold and champagne celebrating the Golden Age of Hollywood. 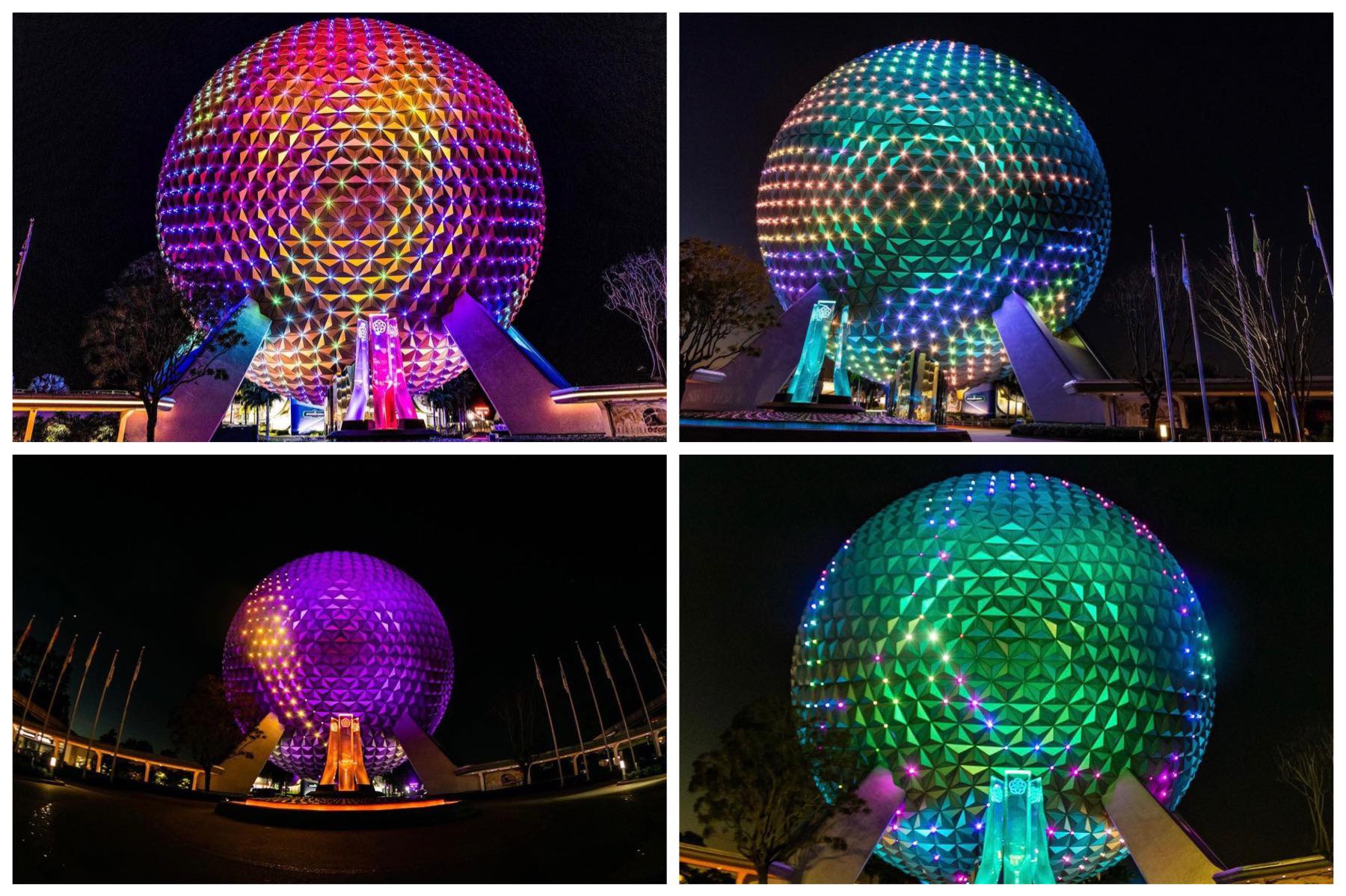 At EPCOT you’ll notice stunning hues inspired by the stardust of the iconic Spaceship Earth attraction.

It is the shifts and the way that each park plays with the idea of EARidescence that really makes the celebration cohesive while at the same time true to each of the parks that make up Disney World Resort. 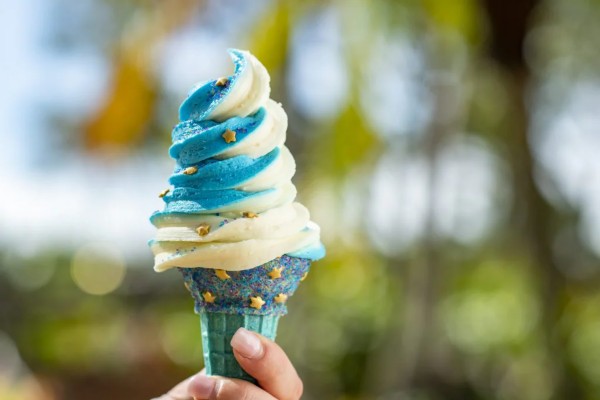 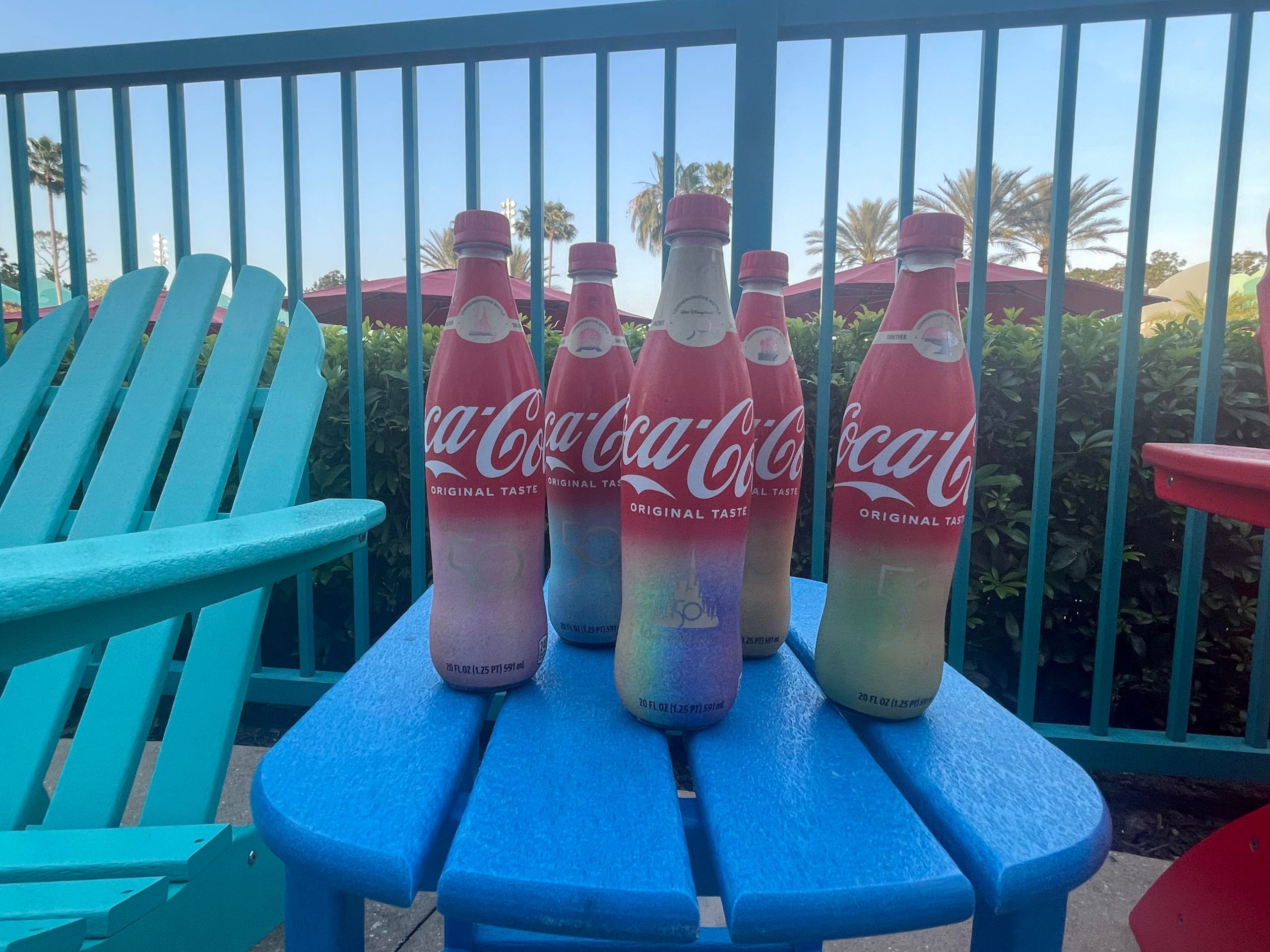 As we shared with you, even Coke is getting in on the fun with 5 specially created Coca-Cola bottles featuring EARidescent hues representing each of the four parks on 50th Anniversary-themed bottles! 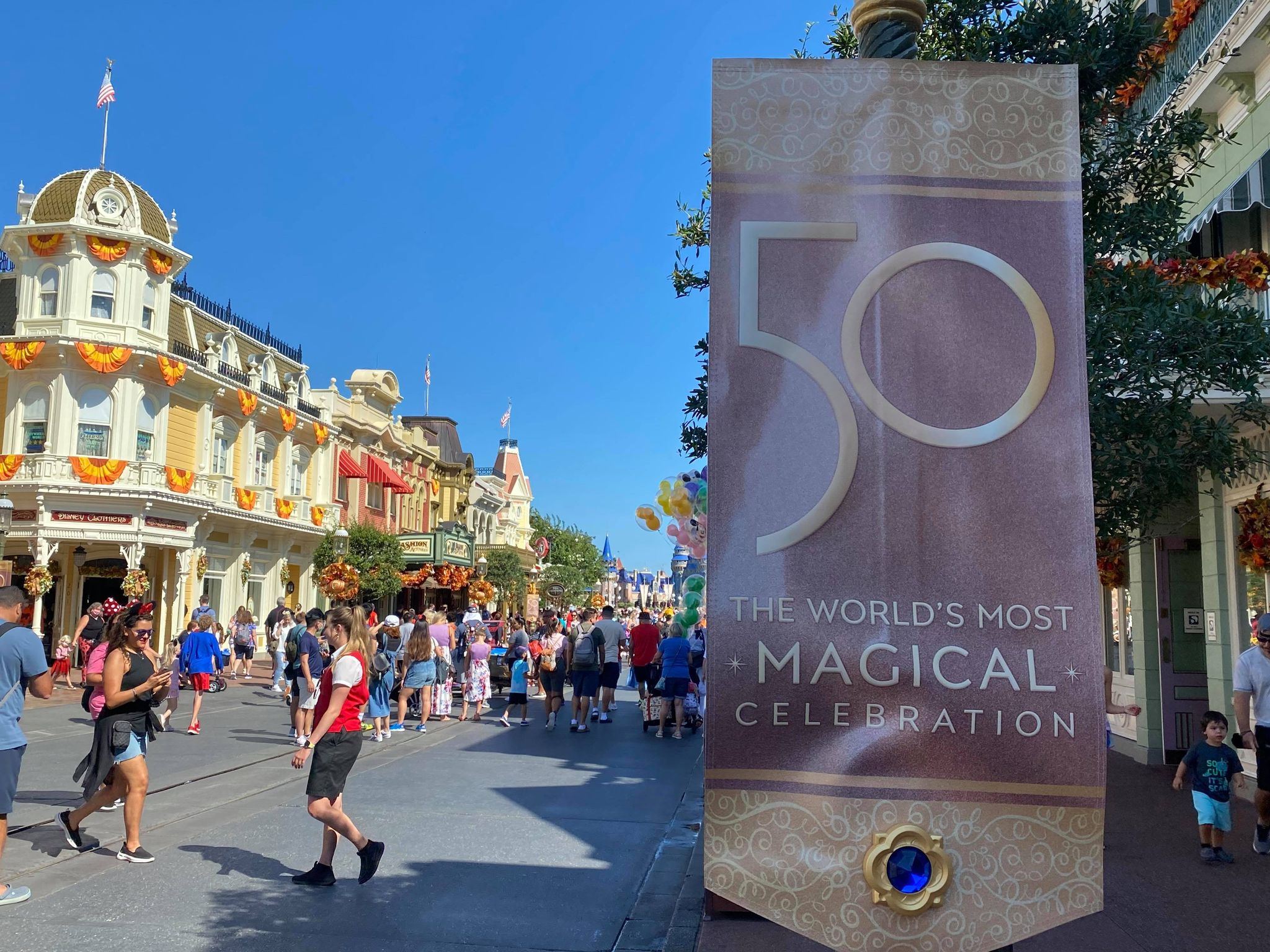 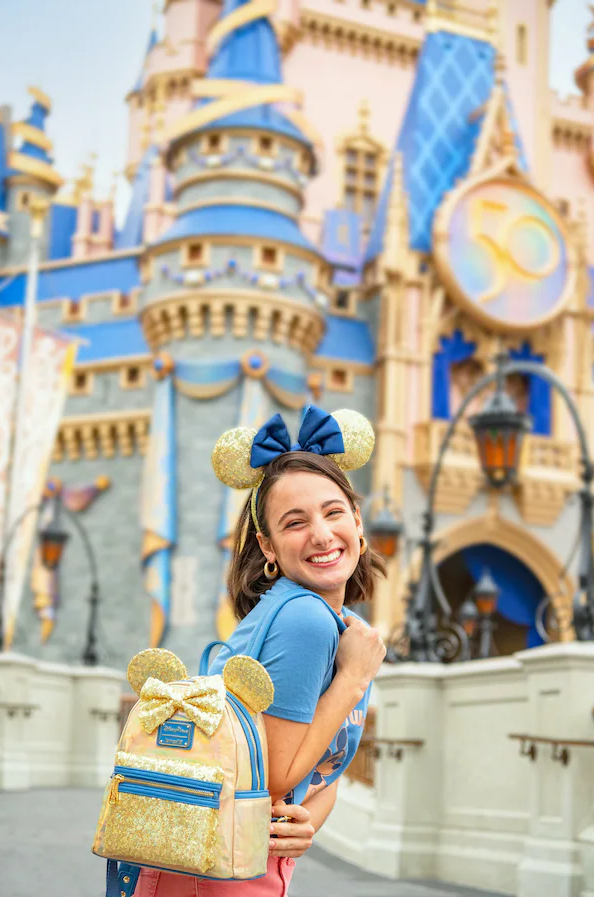 And don’t get us started on the merch! Above is a sneak peek of the new EARidescent Shimmer Collection.  This new line of merch provides a modern take on iconic Cinderella Castle featuring the same blue and gold tones found on the turrets! Items will start to arrive in the shops of Walt Disney World throughout the rest of the Spring so be on the lookout!

Readers are encouraged to keep following along with MickeyBlog for further Walt Disney World and updates. We’ll be coming to you LIVE! from the theme parks each and every week!