The story of the Family Madrigal warmed the hearts of millions upon its debut in November. Tonight, its story of family, forgiveness, and celebrating each others’ gifts took home one of the most coveted awards in entertainment, an Oscar. Just minutes ago, “Encanto” won the award for “Best Animated Feature Film” at the 94th Academy Awards. 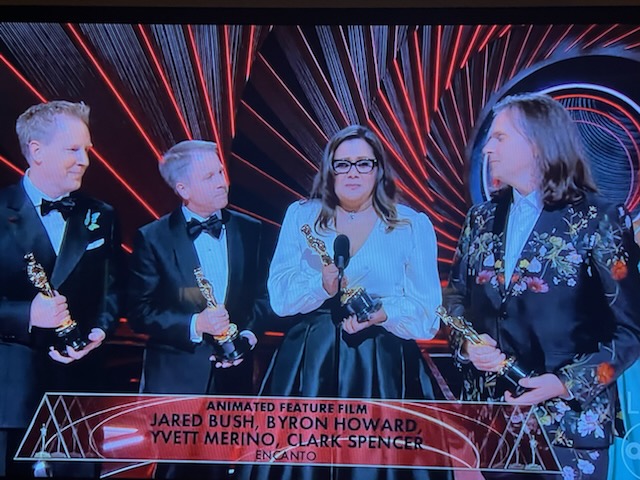 Presented by Disney live-action princesses Halle Bailey, Lily James and Naomi Scott, Producer Yvette Merino took the stage along with directors Jared Bush and Byron Howard as well as producer Clark Spencer to accept the honor on behalf of the entire cast and crew of the film. Featuring the first glasses-wearing heroine in Disney animated film history, “Encanto” tells the story of a unique and magical Colombian family.

As Disney’s first Latino musical, the narrative aspects of the film’s catchy soundtrack helped rocket it to one of the most successful animated feature films made by the studio in decades. Written by acclaimed Lin-Manuel Miranda, “Dos Oruguitas” was nominated tonight for Best Song and performed live. The viral sensation “We Don’t Talk about Bruno” also still needs to take its moment on the stage.

Many also identified strongly with the story of Luisa, the eldest sister of the lead character Mirabel. Luisa constantly grapples with the challenges of being the always-strong oldest sibling, specifically in her anthem, “Surface Pressure.”

🎉Congratulations to the fantastical cast and crew of #Encanto for winning the Academy Award for Best Animated Feature Film! #Oscars pic.twitter.com/lRjkLjiuNt

Aside from “Dos Oruguitas” and the film itself, the film’s composer Germaine Franco made history tonight as the first Latina ever nominated for an Oscar when she received a nod for “Best Original Score.” 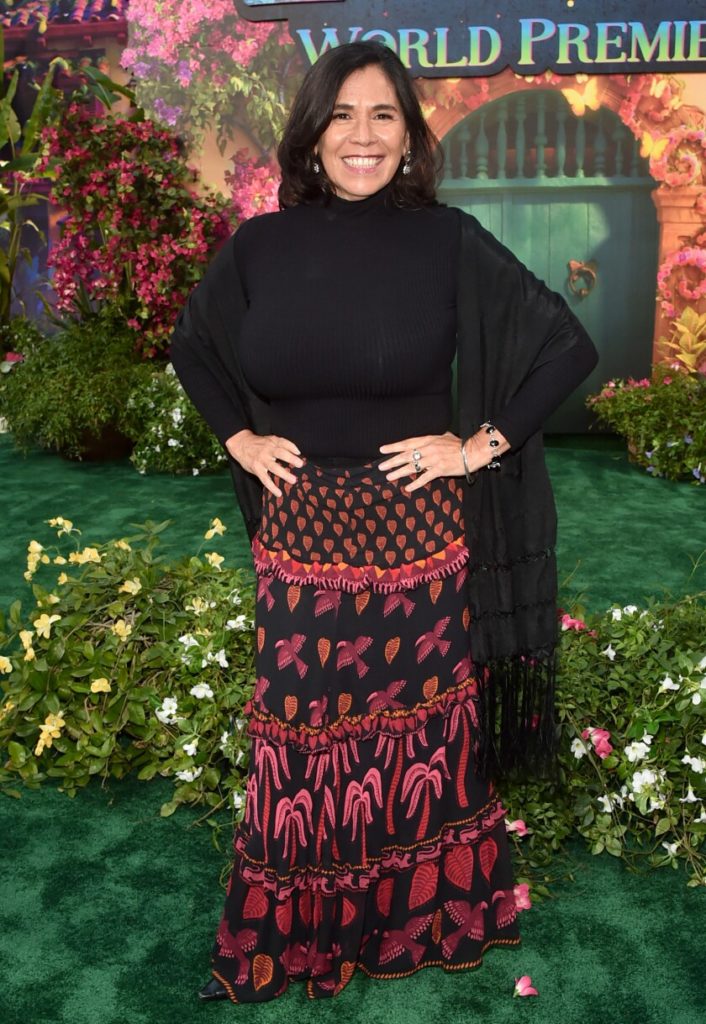 “Encanto” was not the only Walt Disney Company picture nominated tonight in the category. Pixar Animation Studios’ “Luca” also received a nod as well as Disney’s “Raya and the Last Dragon.”