For so many, the magic is truly calling for a trip to Walt Disney World Resort this year to celebrate the 50th anniversary celebration. Now, a new hat released yesterday as part of the “World’s Most Magical Celebration” and its Vault Collection lets guests wear a piece of the magic or should we say the map. 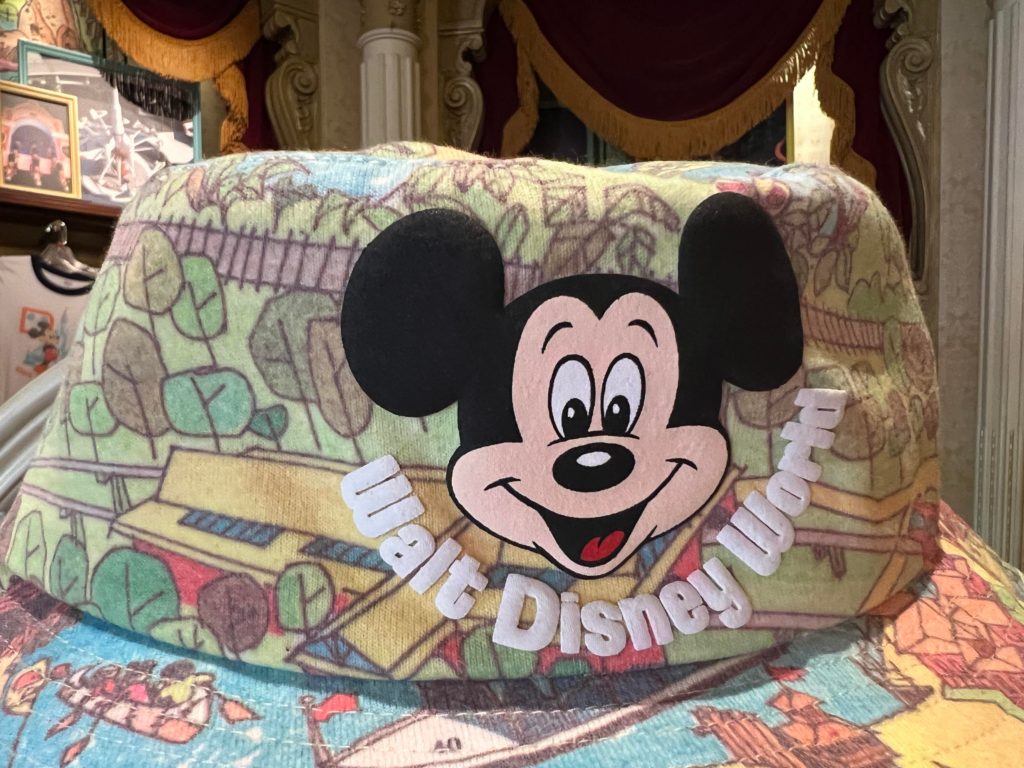 Like the spirit jersey and Crocs debuted before it, the new bucket hat uses images from the original park maps of the 1970s. The fabric bursts with retro shades of red, yellows and an array of greens. The iconic smiling face of Mickey Mouse pops in the front of the hat. Adding to the nostalgia, the original Walt Disney World logo wraps in white, puffy fabric around his cheerful grin. 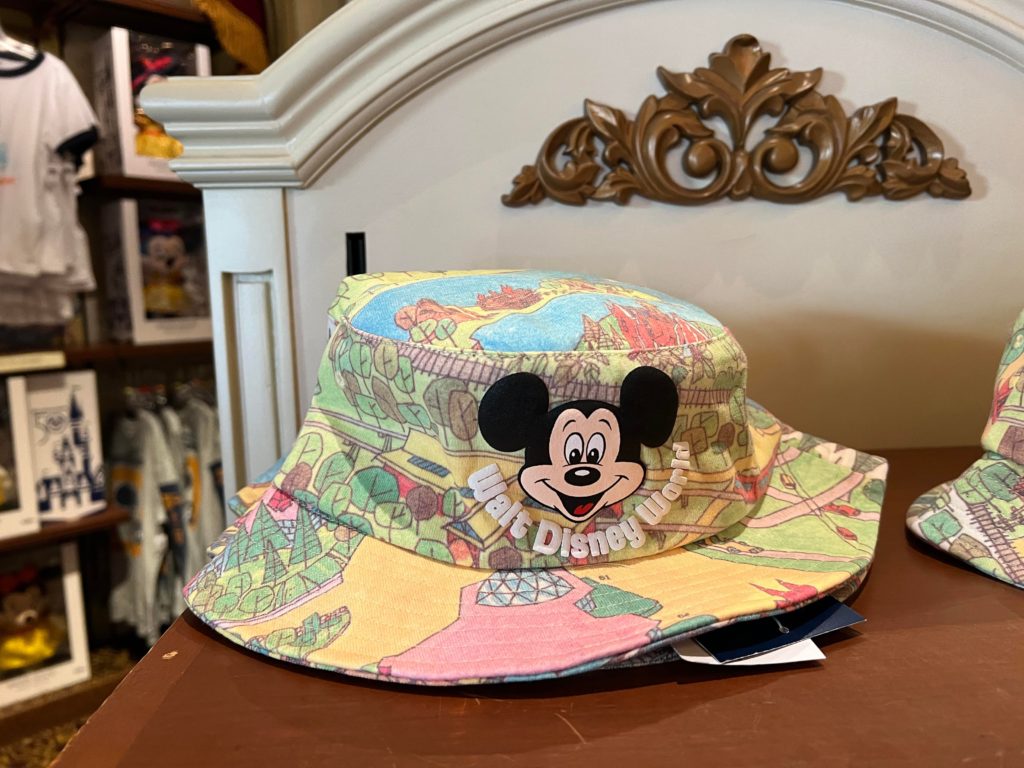 Despite its smaller stature compared to its matching spirit jersey, this hat still captures a variety of Walt Disney World Resort icons. With testing spotted this week, the Walt Disney World Railroad tracks wrap around the design. In a unique spin, each hat features a different pattern as well. 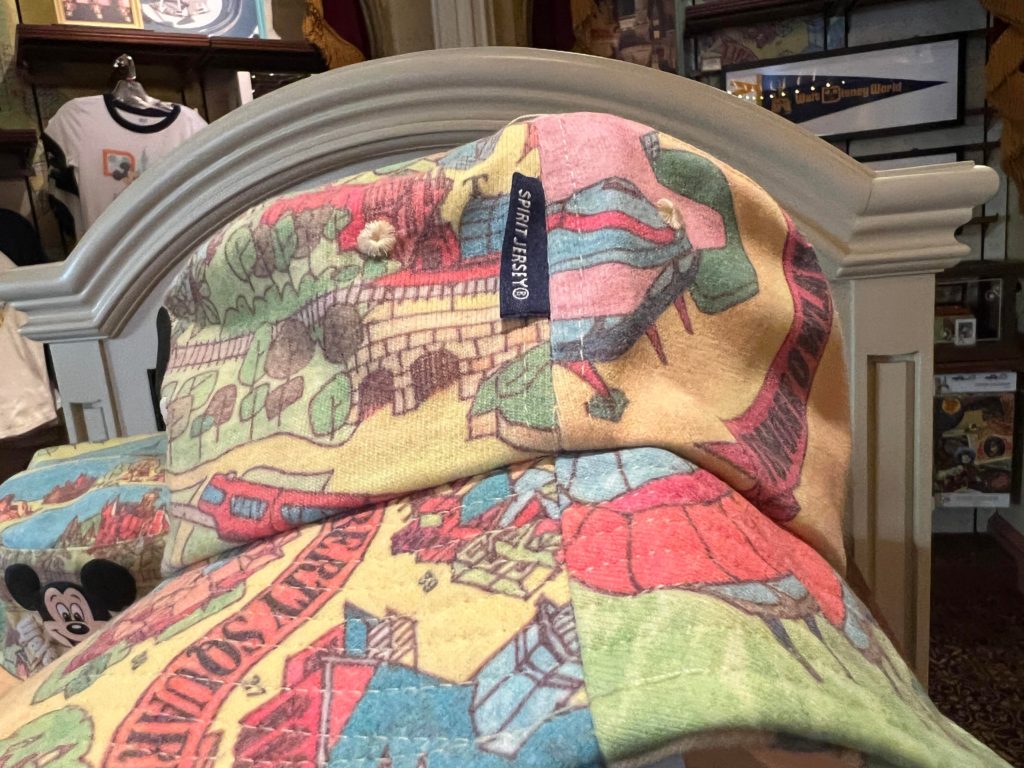 The banners of each Magic Kingdom land swirl in reds throughout the yellow background of the hate. The shade features throughout any version of the accessory with Liberty Square and Tommorrowland shown in the version that we spotted. 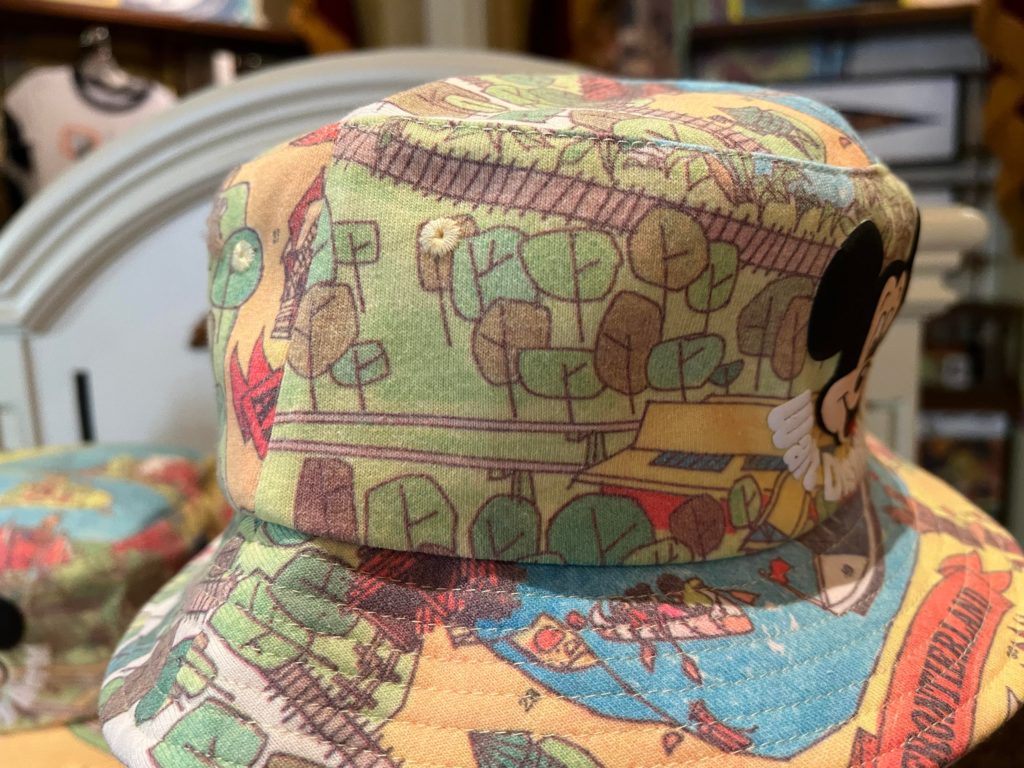 With the Frontierland banner featured on the brim of this hat, the Liberty Belle and Tom Sawyer’s Island find themselves celebrated. Monorail tracks also criss-cross the railroad. Even more, this design captures the tropical allure of Disney’s Polynesian Village Resort. The deluxe resort celebrates its 50th anniversary this year too. 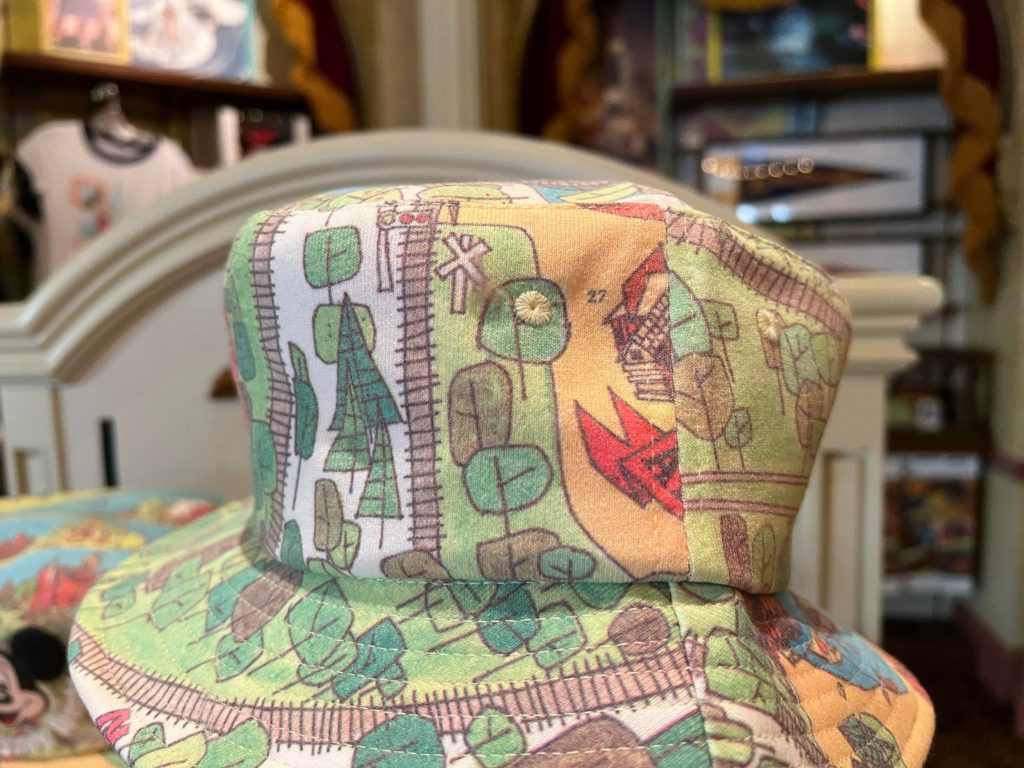 The abundance of retro-sketched trees adds a dynamic variety of green hues to this hat. Other designs feature logos more prominently in their patterning. The bold white shown here between the railroad tracks is the same shade used within the hat’s interior. 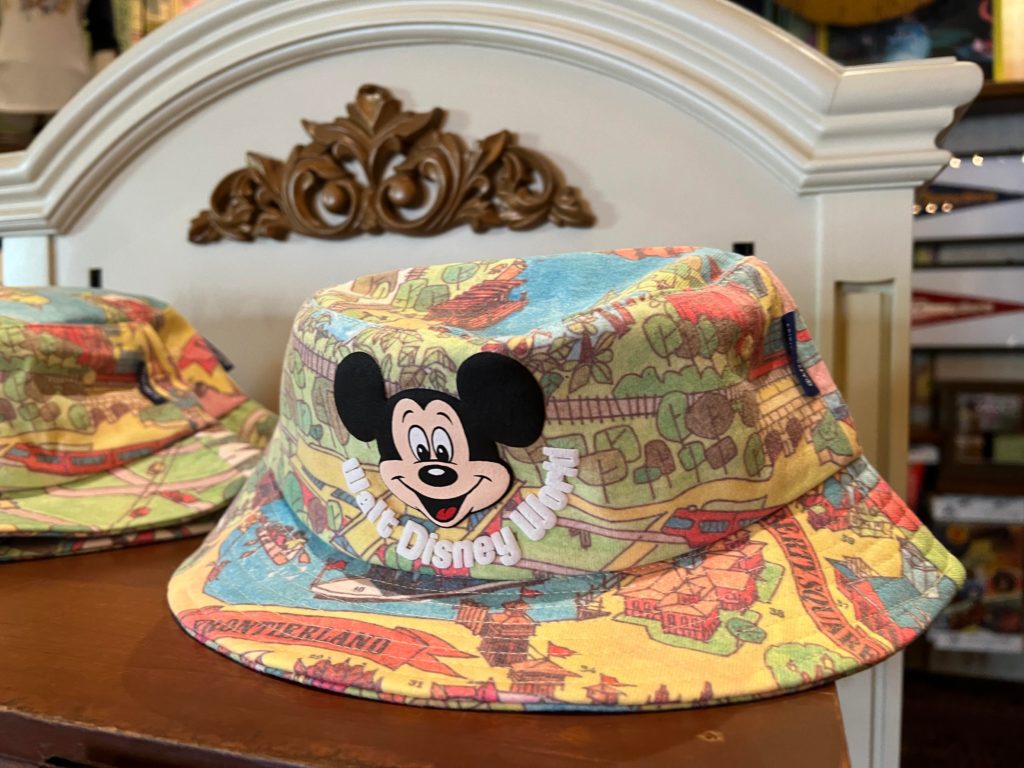 The new Vault Collection Bucket Hat hit shelves yesterday with a cost of $44.99. The collection features at the Main Street Cinema on Main Street U.S.A. in the Magic Kingdom and at Marketplace Co-Op at Disney Springs.