Adventure is calling from the AMC Theater at Disney Springs, where a beloved masterpiece of a movie is heading back to capture imaginations, and take audiences’ breath away… 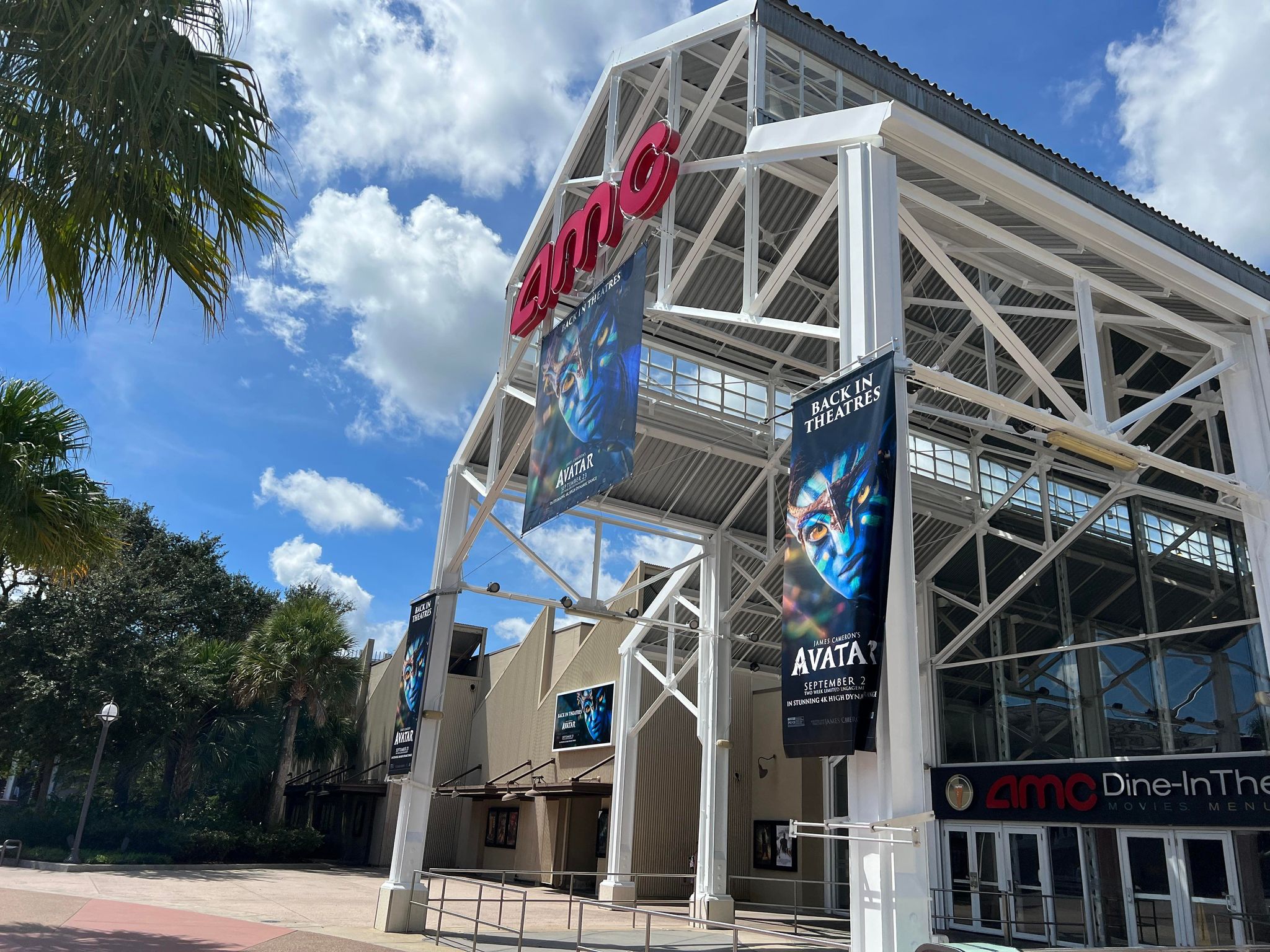 We are, of course, talking about Avatar, James Cameron’s iconic wonder of a movie.

Despite having been originally released well over a decade ago, the movie has been generating quite the buzz lately, which is why we are seeing these impressive banners once again flying outside of the Disney Springs theater. 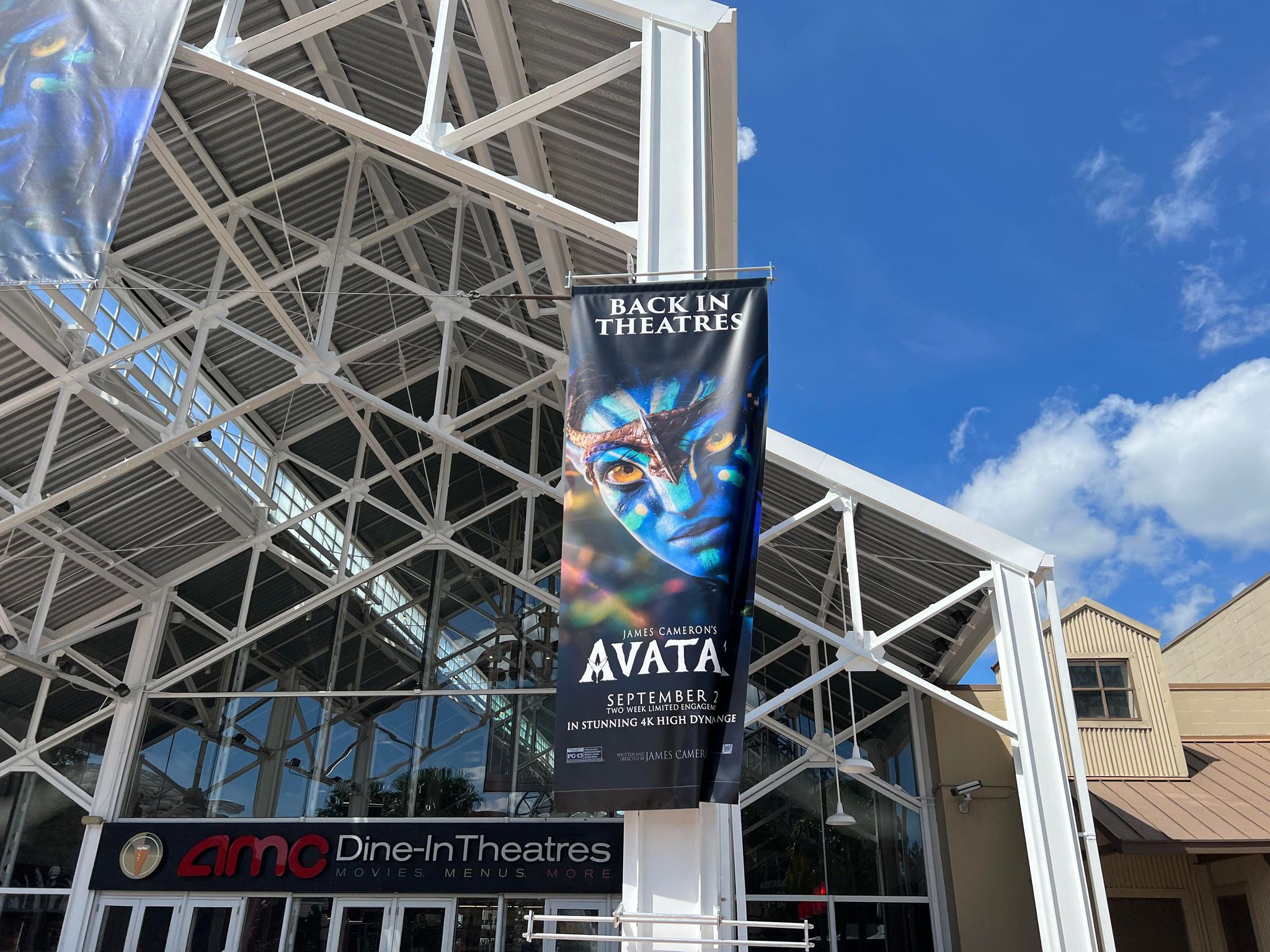 Unless you have been living on a moon even further away from Pandora itself, you’ll no doubt have heard that the sequel to Avatar, entitled The Way of the Water, is set to be released in December of this year.

The trailer for this long-awaited movie generated a huge amount of traction – at a rate of 148.6 million views in the first 24 hours, no less! So, we can safely say that the movie is definitely one to mark your calendars and watch out for. 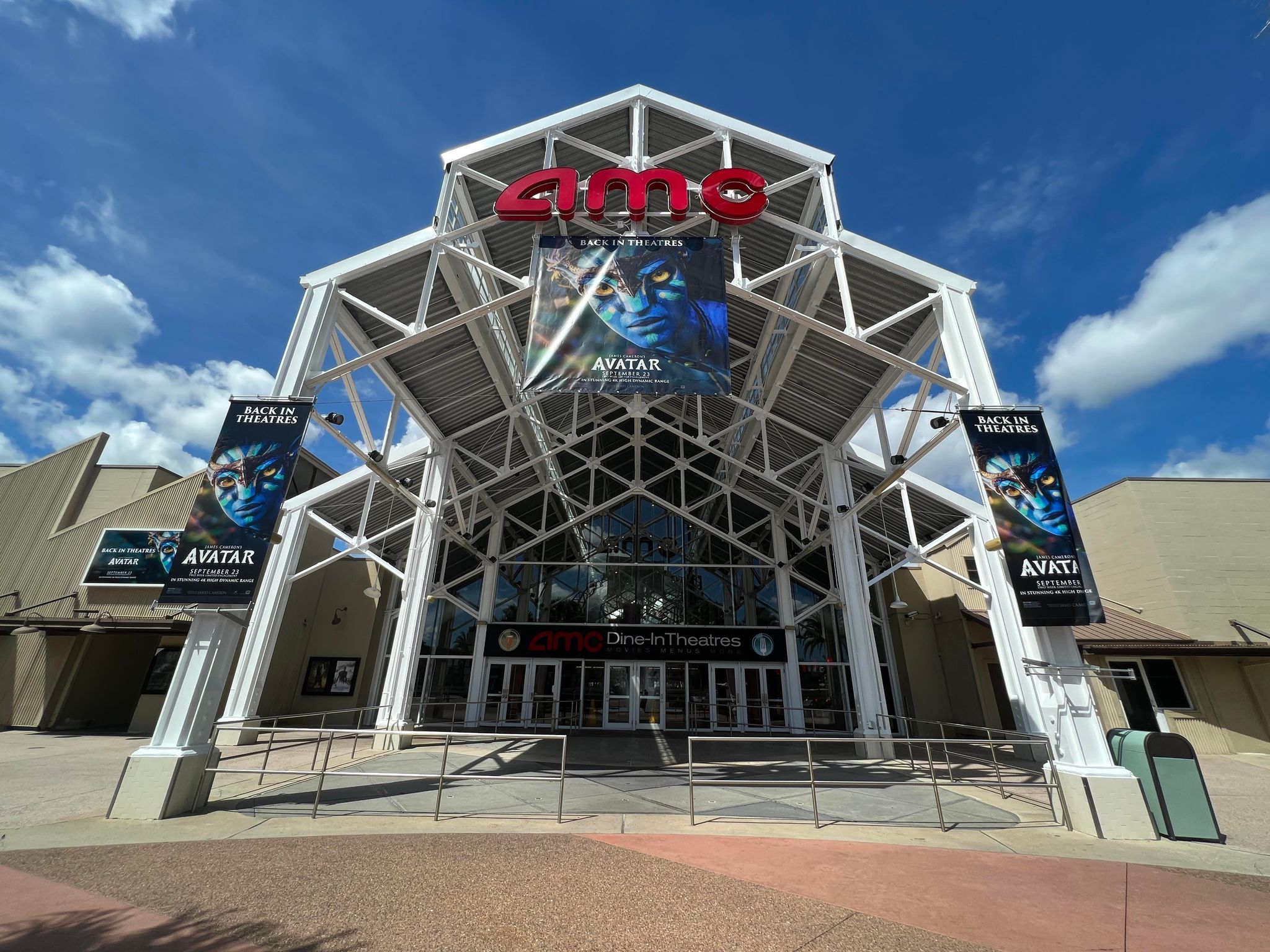 That being said, it’s the original movie from the franchise we’re here to talk about today. To refresh the memories of moviegoers and once again fuel our awe of Pandora, the 2009 Avatar is set to be re-released in theaters this month.

And, as you can see from the banners surrounding the Disney Springs AMC, the return looks set to be celebrated! 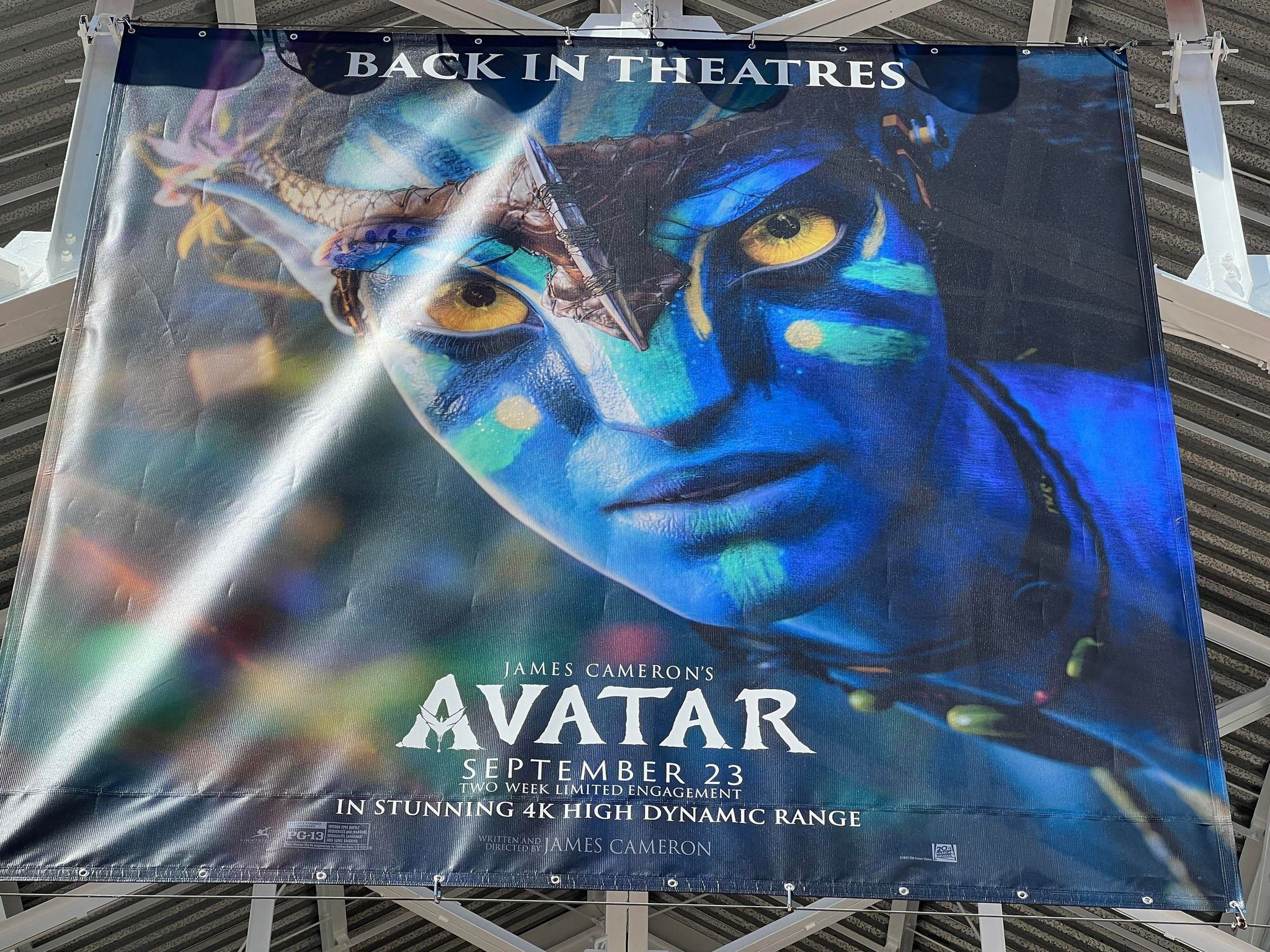 As the banners tell us, the movie will make its triumphant return to the big screen on September 23rd, for a “two week limited engagement.”

Projected in “stunning 4k high dynamic range,” this picture will undoubtedly thrill and delight both new and returning fans of the franchise, and is certainly a cinematic moment not to be missed! 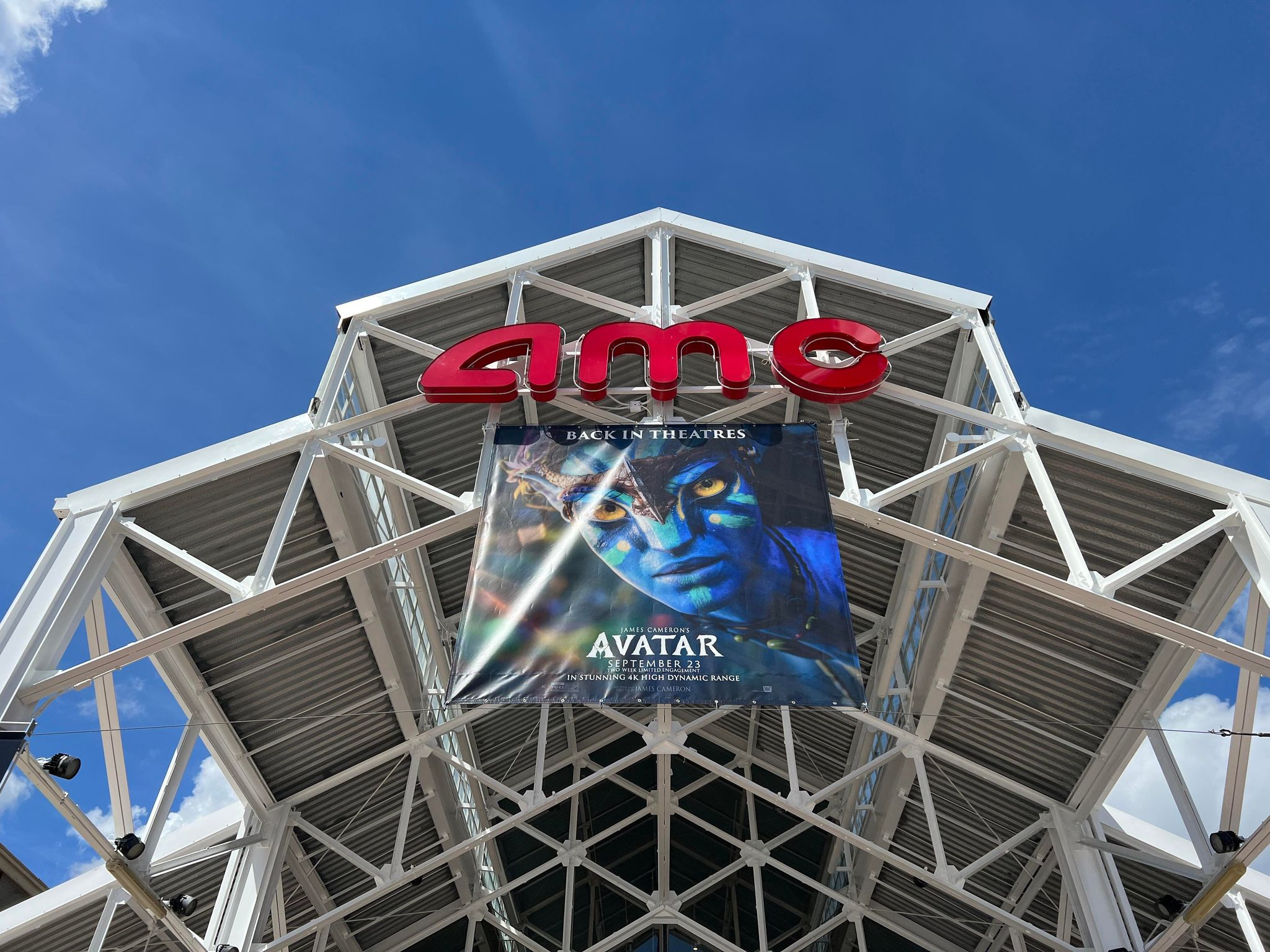 Since Avatar is returning to theaters for this limited time, the movie has been removed from the Disney+ streaming service. We can’t say when it will return, but the fact gives us no excuse not to head to our closest theater to watch it on the big screen! 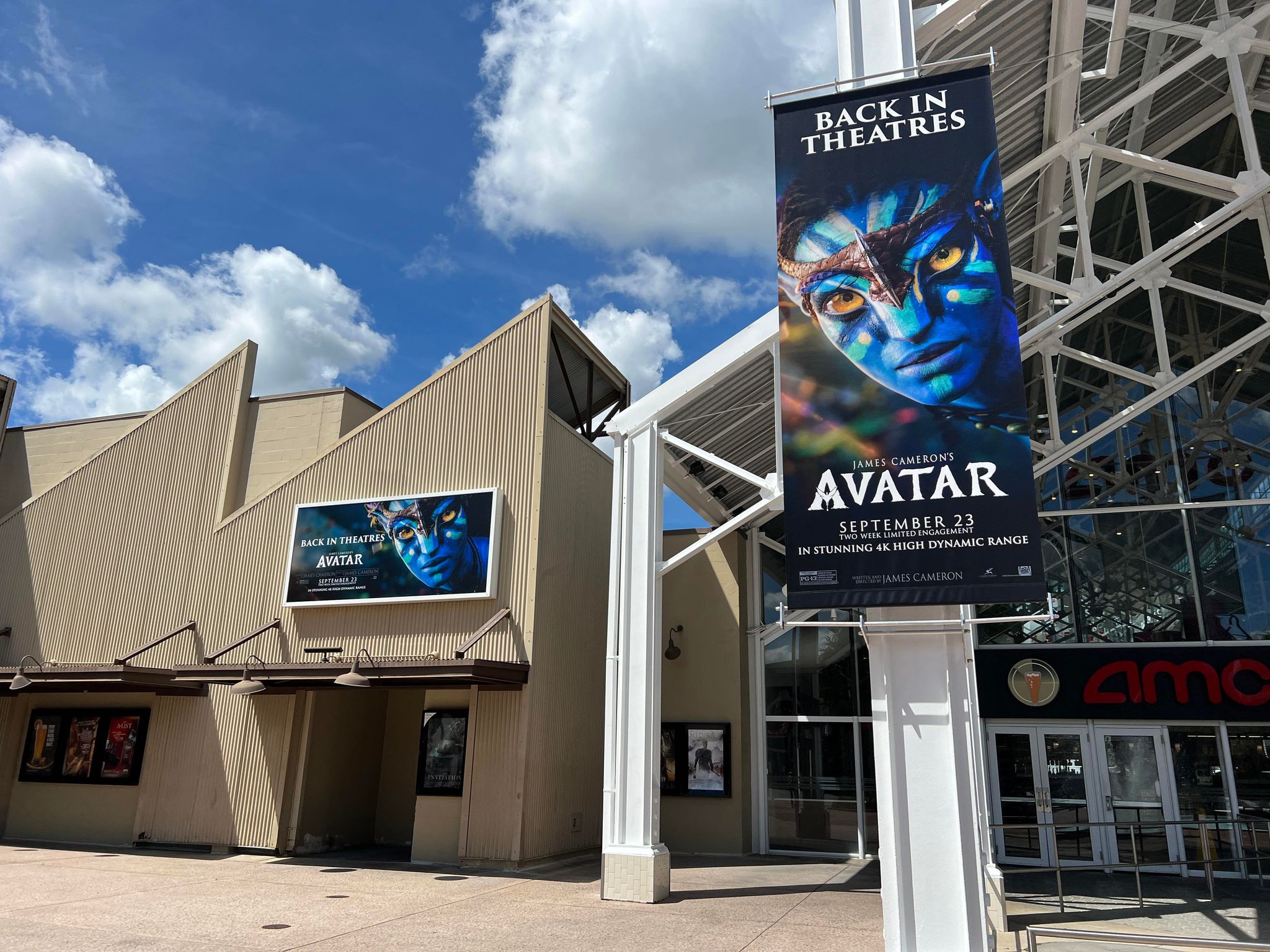 This AMC Dine-In Theater is located on the West Side of Disney Springs. It’s always a fantastic place to head to share epic movie moments with fellow Disney-loving fans, and we’re sure the appreciation for Avatar will be high when the movie returns later this month!