If you’ve been following Disney merchandise trends over the past twelve months, you will likely be aware that a certain little experiment has been busy “crashing” his way through our favorite Disney movies. 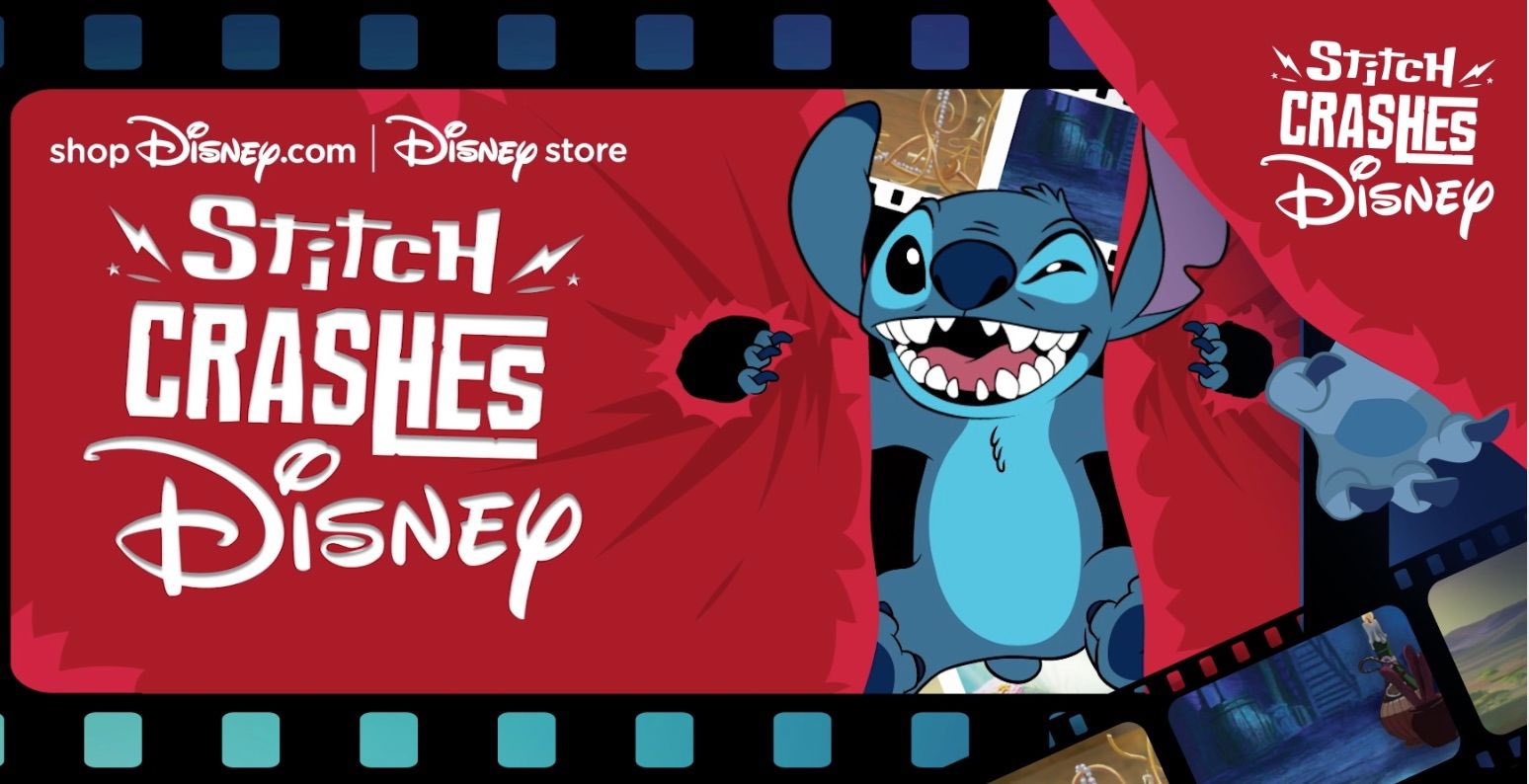 Throughout 2021, shopDisney released monthly series’ of cute merchandise collections, all centred around Stitch. The little alien spent his year dipping into twelve Disney classic animated movies, with each series featuring Stitch stylized to look as though he’d just “crashed” out of each film.

With 2021 being over, we thought Stitch would be back to his own movie ohana, and that we wouldn’t see this movie mashup merch any more… 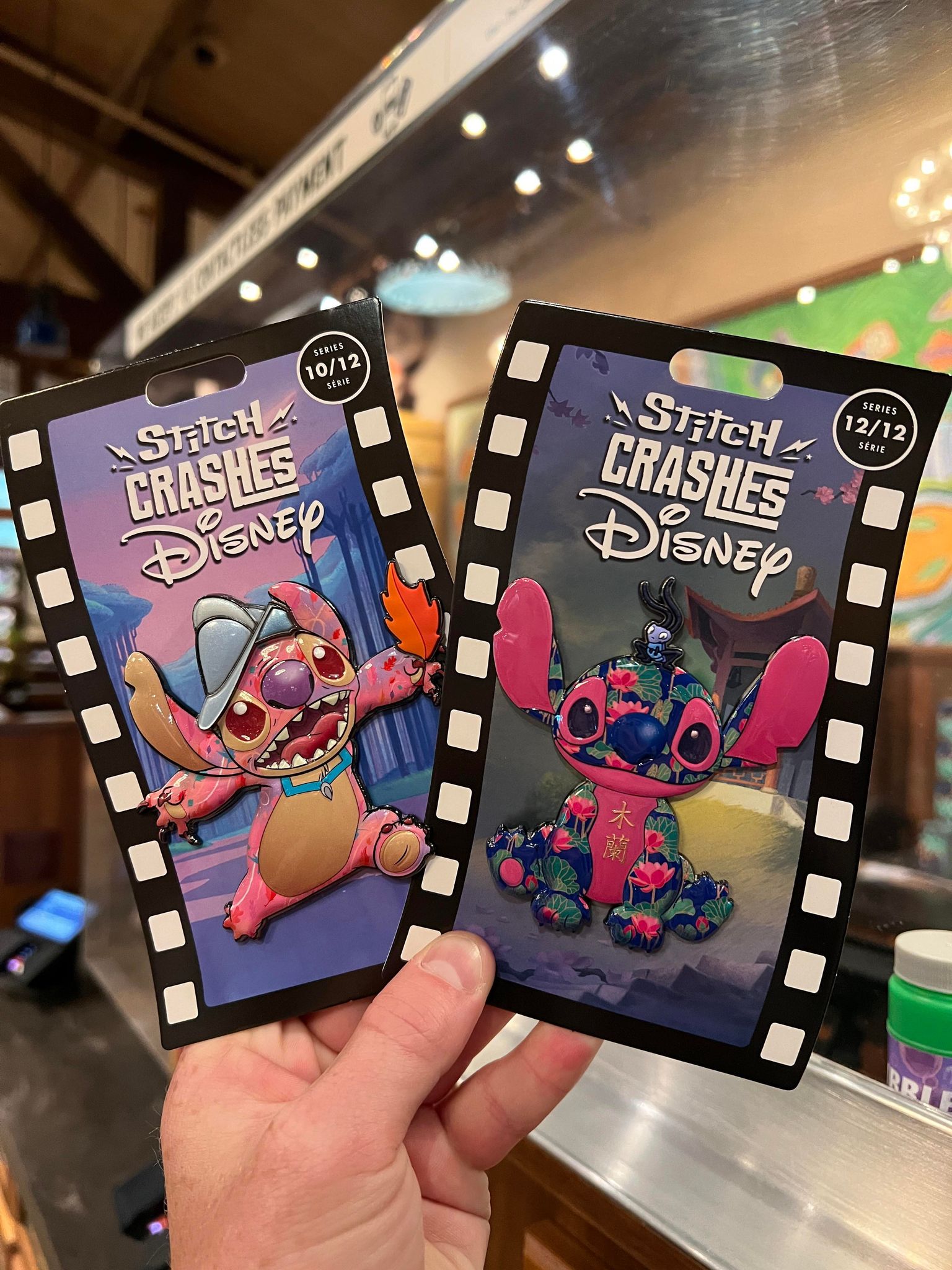 … turns out, we were wrong!

Over in Disney’s Animal Kingdom, MickeyBloggers spotted two different pins from the collection, seemingly left over from the much-anticipated releases of last year. 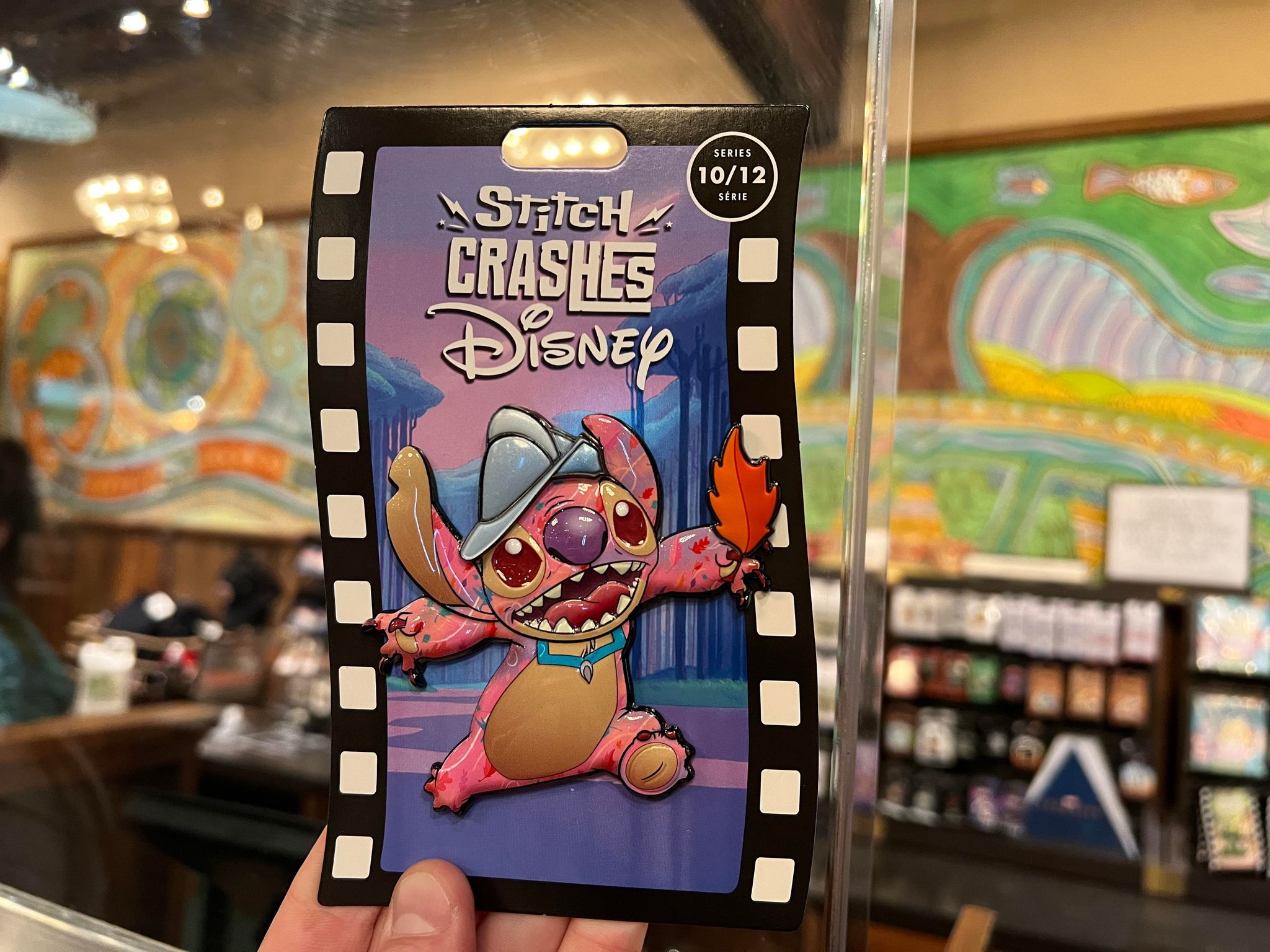 The first pin we spotted was from series 10 of the collection, which would have initially been released back in October. This one features Stitch “crashing” Pocahontas! 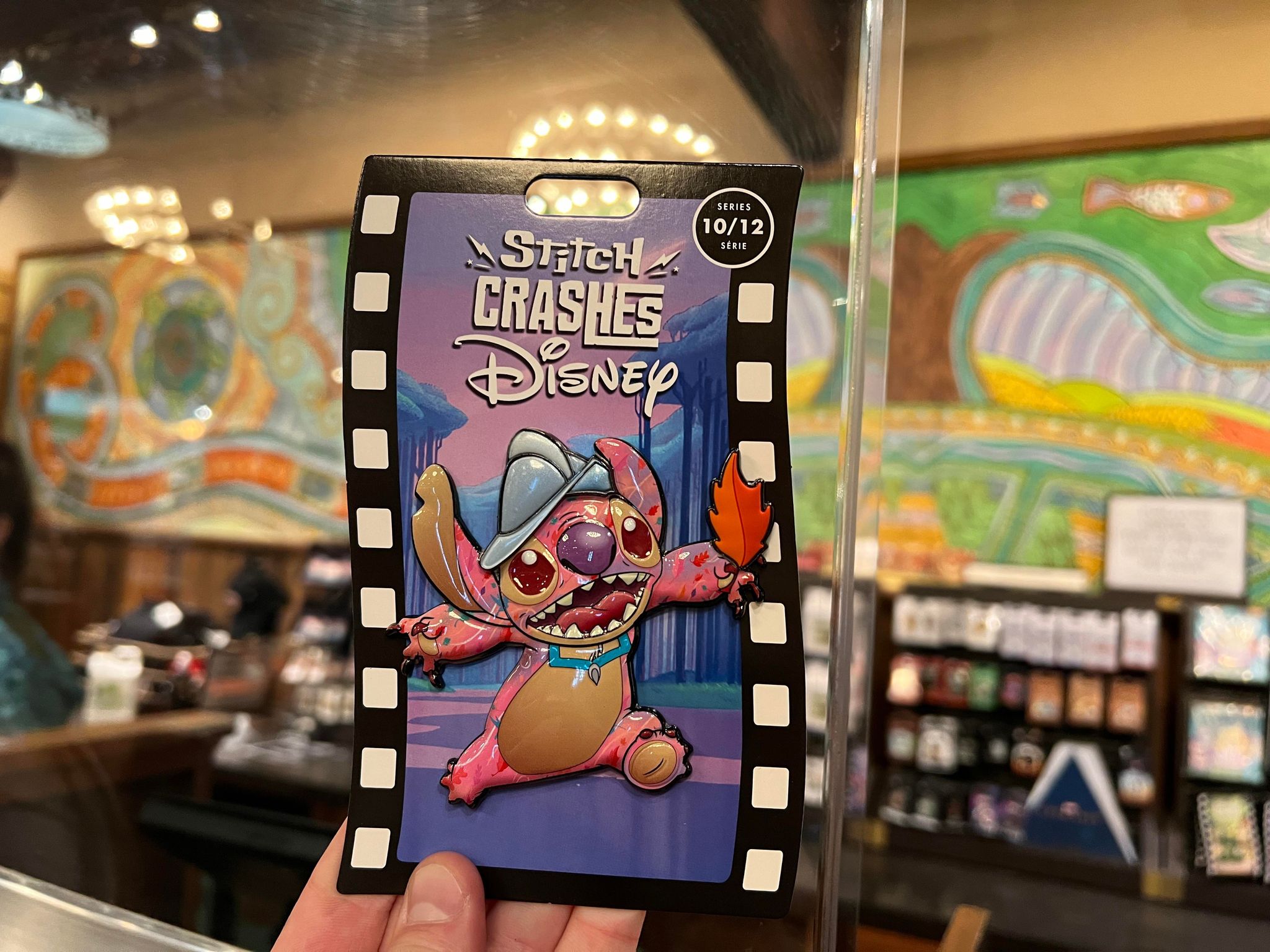 For this limited-release pin, Stitch is painted with all the colors of the wind, and chasing a big, red leaf. He is wearing John Smith’s blue hat, and Pocahontas’ iconic blue necklace. 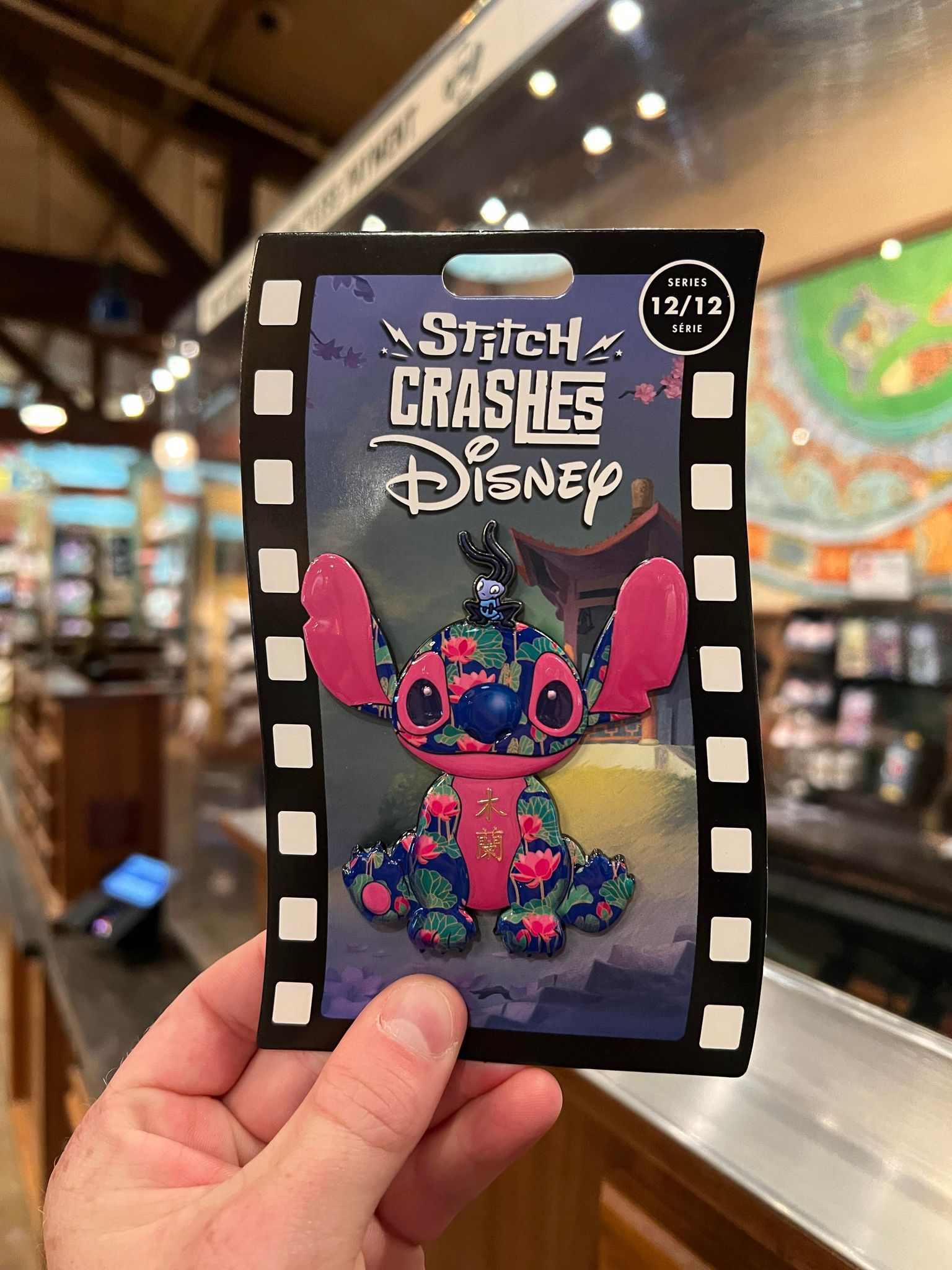 The second pin we found was the release inspired by Mulan, which was released in December. 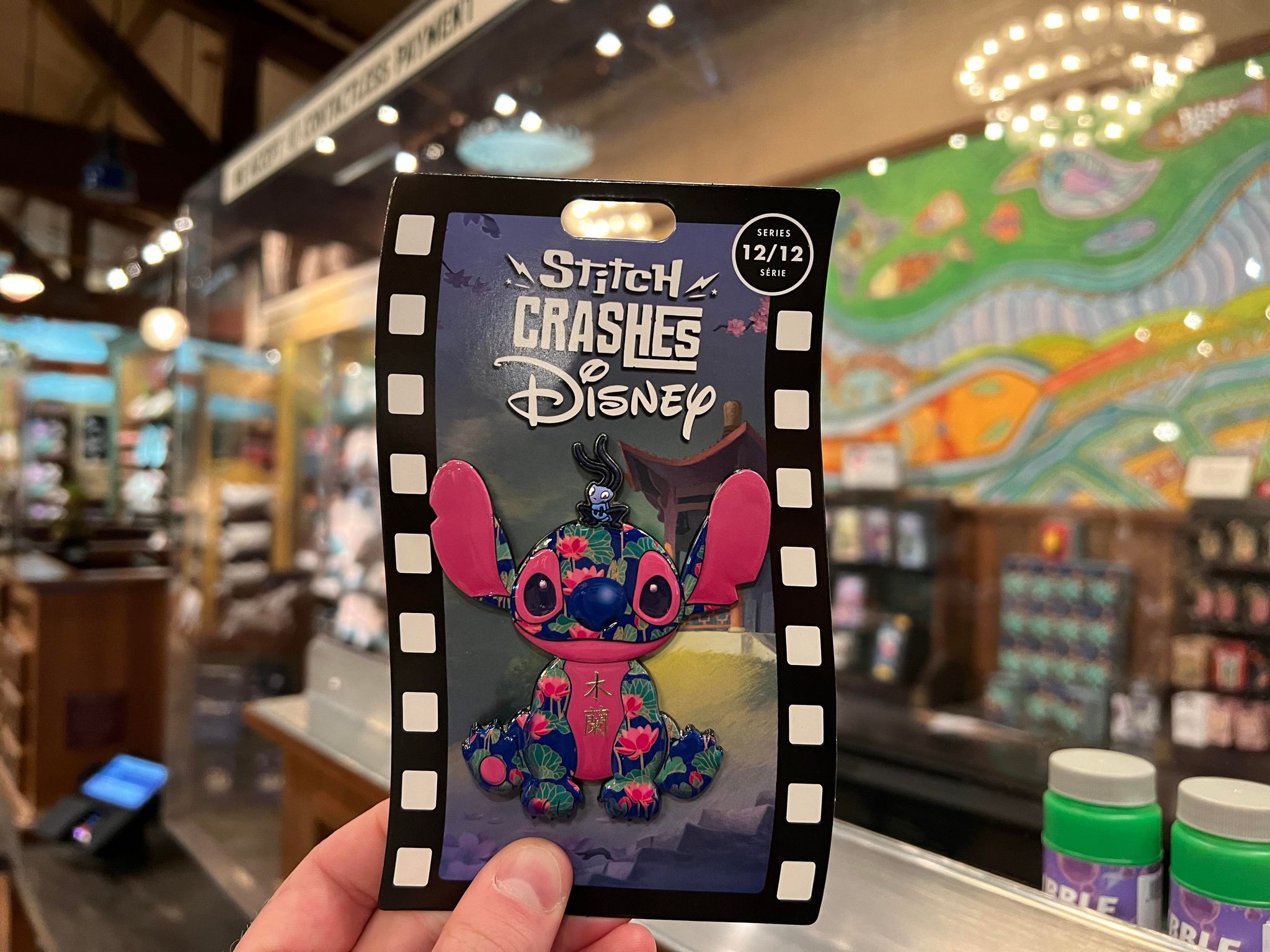 In this pin design, Stitch is sitting rather sweetly with Cri-Kee on his head, sporting luscious colors of deep pink and dark blue. 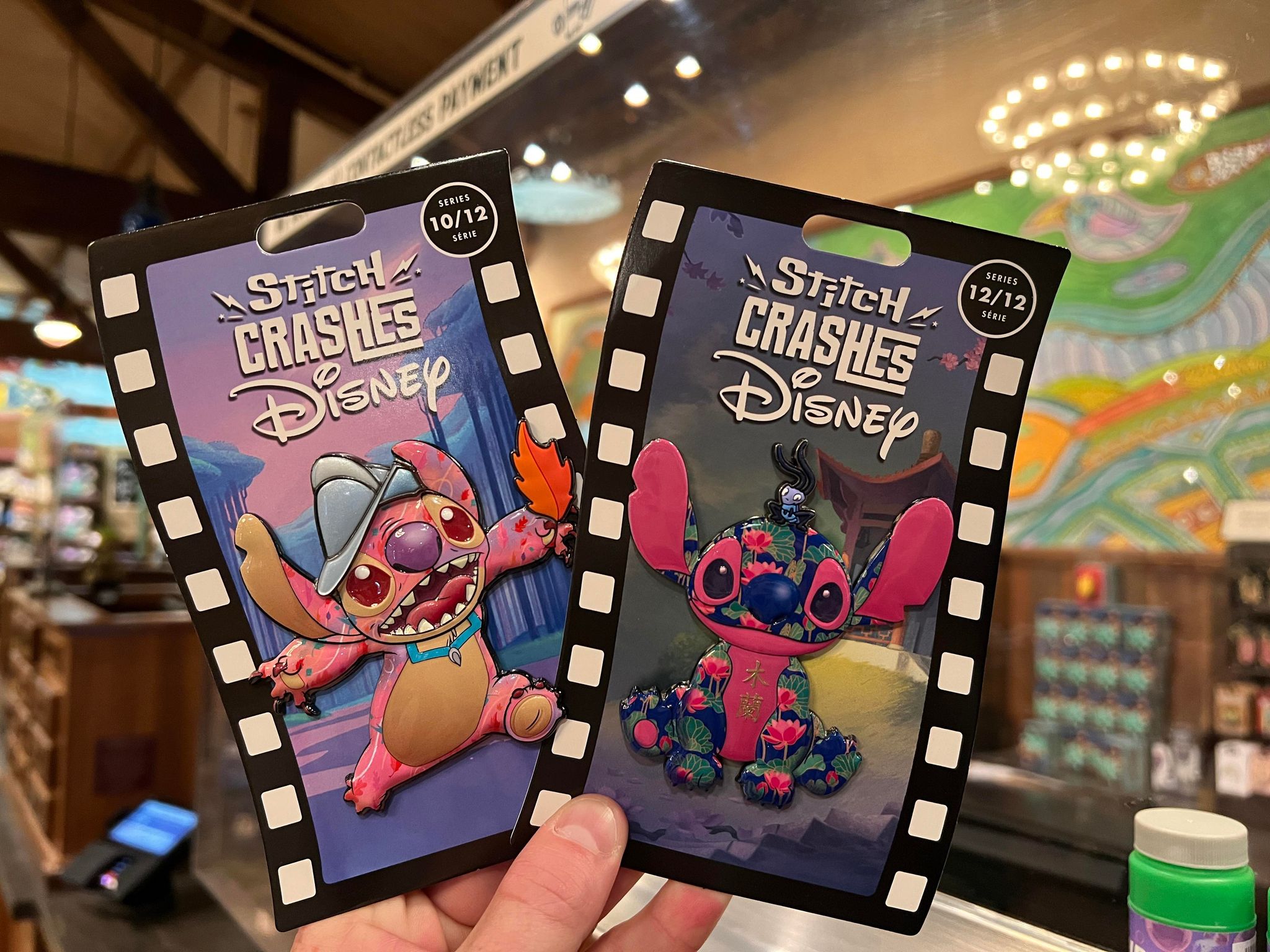 If you’re hunting for leftover items from the Stitch Crashes collection, you’ll be pleased to know that we also spotted the “Stitch Crashes Pocahontas” MagicBand over in the Magic Kingdom this morning.

Who’d have thought that last year’s monthly merchandise releases would turn into this year’s scavenger hunt?! 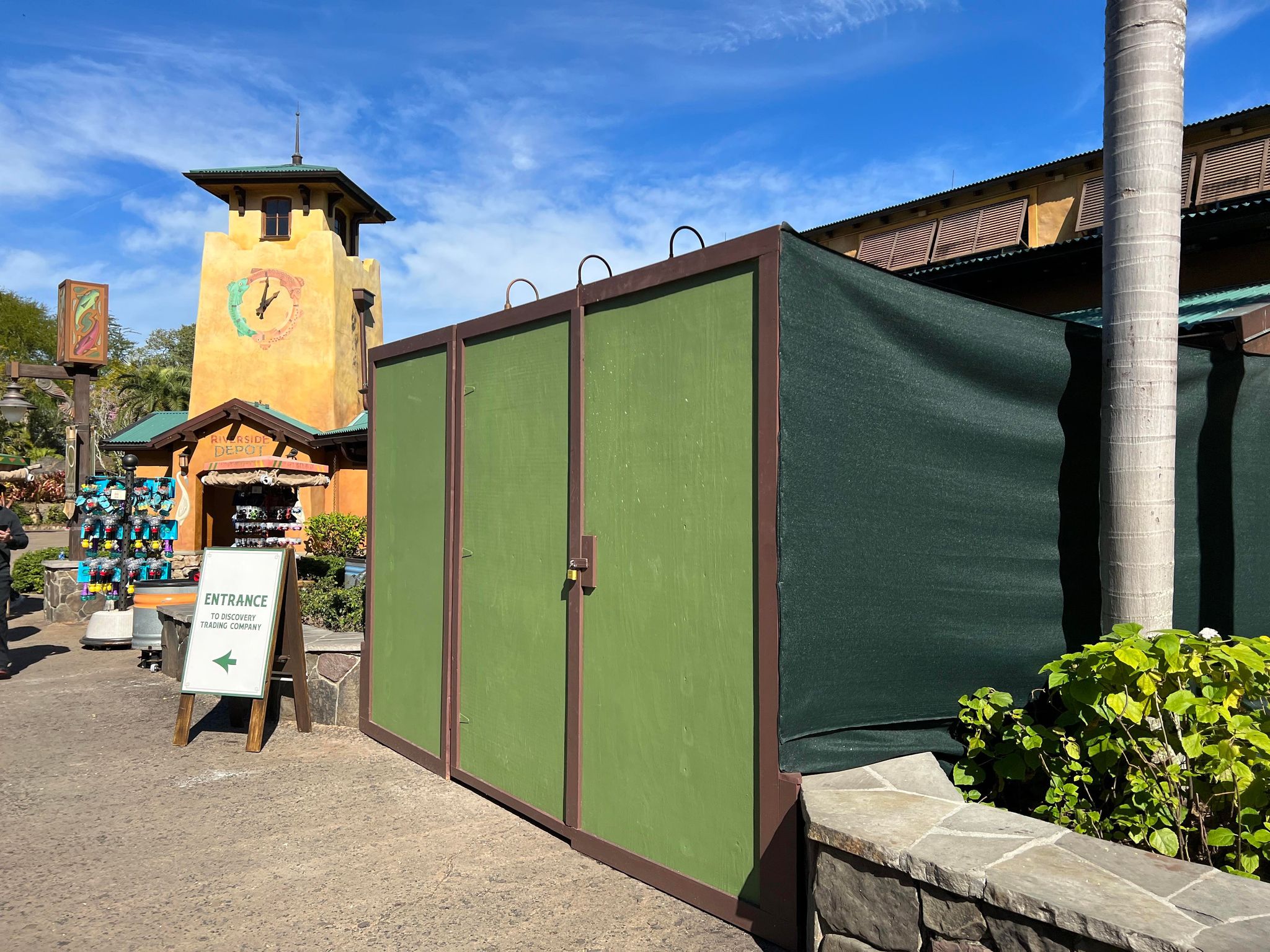 We found these pins over at Discovery Trading Company inside Animal Kingdom.

One of the store’s entrances appears to be undergoing some construction today, so you may have to circle the store a bit if you’re looking to enter and find those pins! 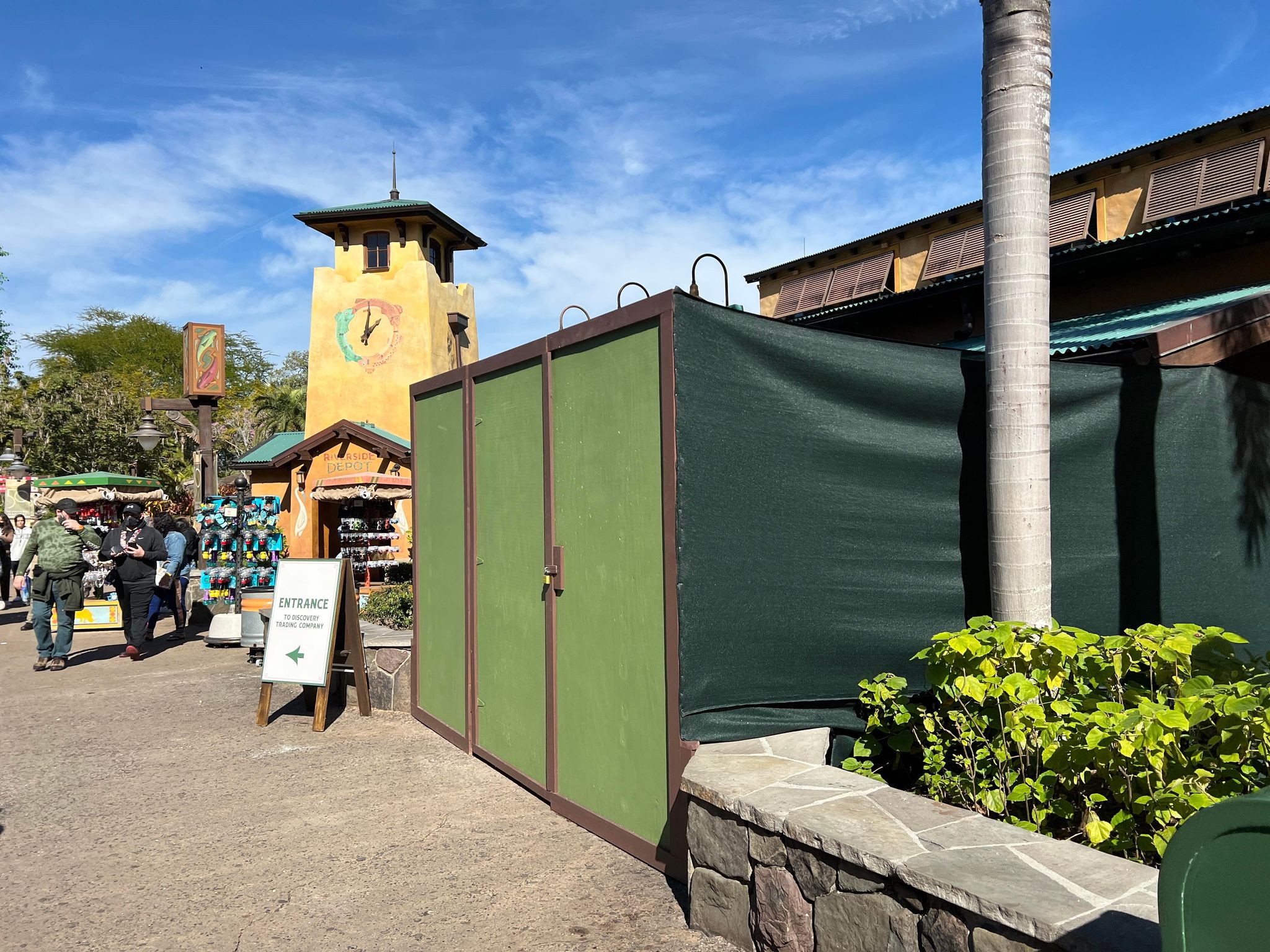 Will you be picking up these sweet “Stitch Crashes Disney” pin releases?