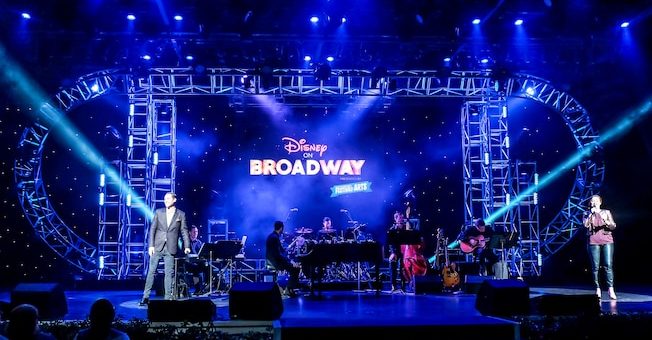 The Epcot Broadway Concert Series is making its grand return to The America Gardens Theatre this evening! After being put on hold in 2021, Disney on Broadway starts return to Epcot during the run of the Festival of the Arts starting tonight, and we’ve got the official times guide for you! 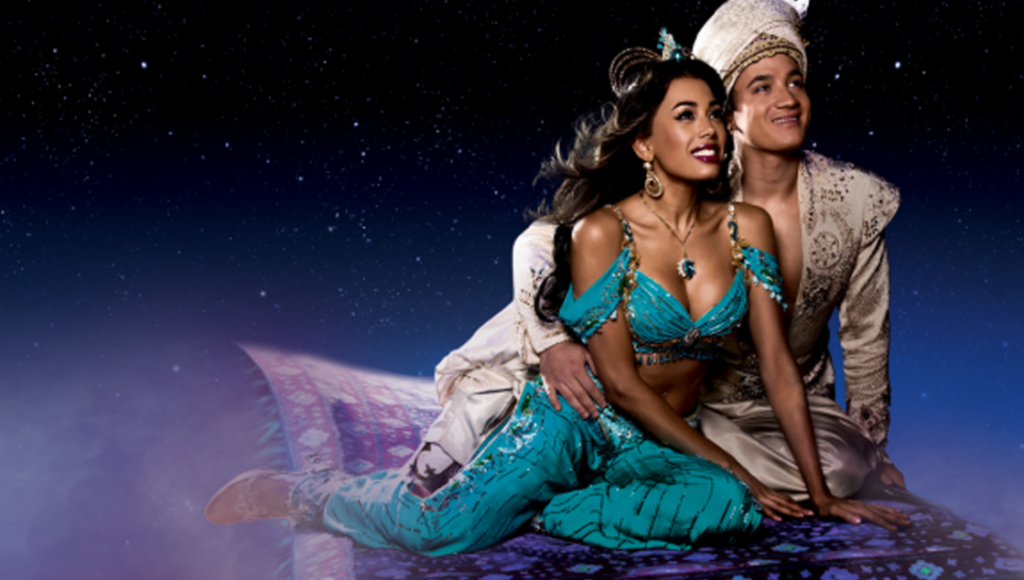 The Disney on Broadway Concert Series kicks off tonight with Arielle and Adam Jacobs, the brother and sister duo who have played Jasmine and Aladdin on Broadway and on national tours! 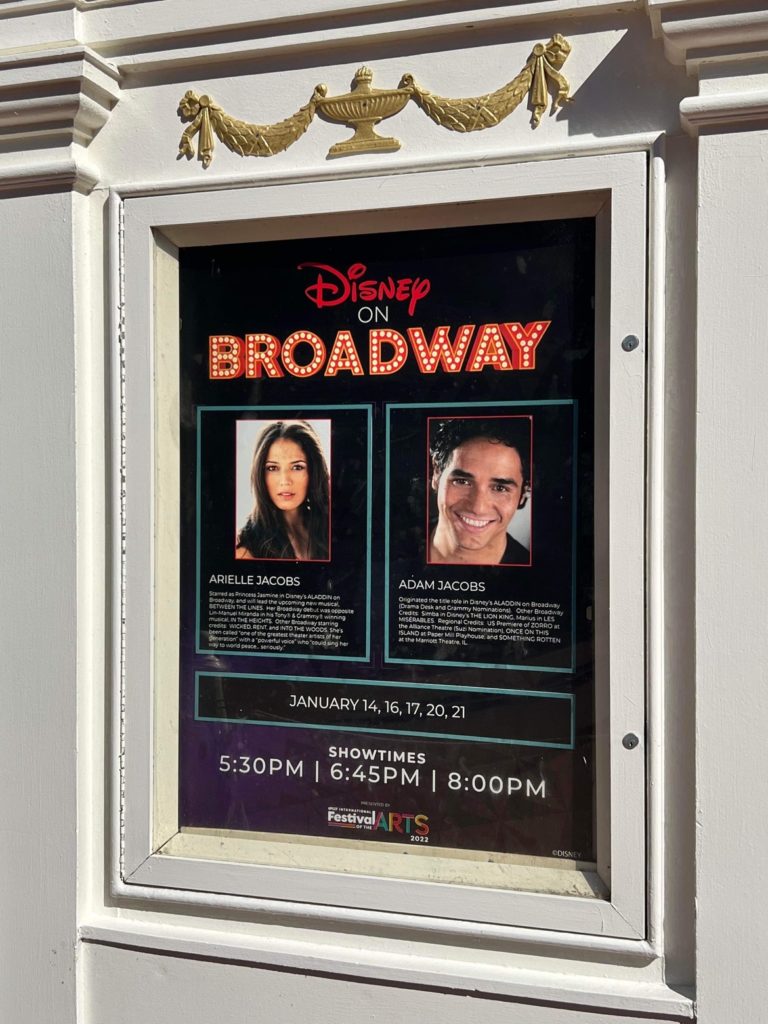 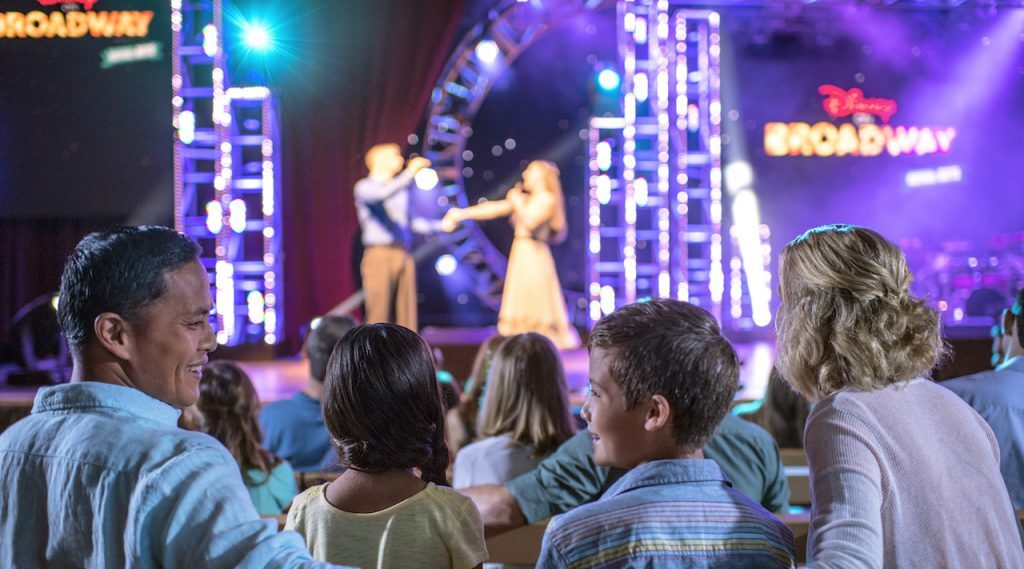 Each show lasts about 30 minutes and features songs from Disney’s varied blockbuster theatrical productions. With a live band backing the singers, these star-studded shows (included with the price of Park admission!) create a true ‘Broadway’ feel right here in Central Florida! It is recommended that you arrive at least 45 minutes before showtime to ensure you get a good seat. 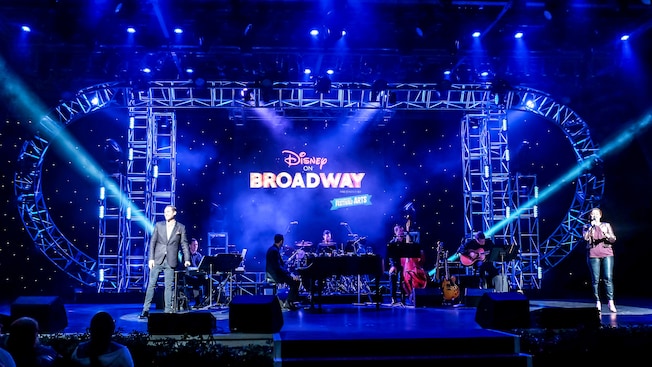 We’ll have photos and videos of the Disney on Broadway Concert Series over the course of the Festival of the Arts 5-week run, so stay tuned right here on MickeyBlog!