If there was ever more of a reason to see why representation matters, it is 2-year-old Kenzo’s reaction to seeing Encanto‘s Antonio on screen.

With the recent release of Encanto on the Disney+ streaming service after its theatrical release, many households across the globe have been watching the movie for the first time. 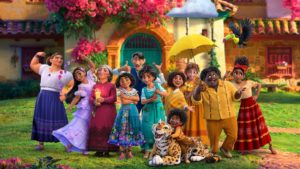 For many in the United States and beyond, this also means seeing a representation of themselves on screen in different forms- whether this is the color of their skin, their heritage, language, or hair texture.

Sometimes people underestimate just how important seeing someone like themselves represented in modern media can be and just how much of an impact it can make. However, looking at Kenzo there is no denying his happiness to seeing Antonio on his TV screen. 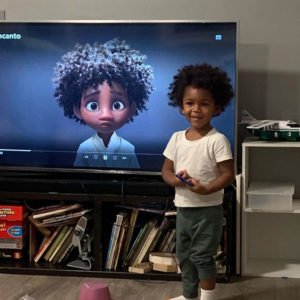 Kenzo’s mom, Kah, shared with POPSUGAR his first reaction to seeing Antonio, a young boy with dark skin and curls just like him, on-screen:

He seemed to be in awe, just smiling and staring at the screen. Then he stood up and looked back at his dad and me, still smiling.

She carries on to say,

For him, I truly believe that he thought he was seeing himself because of the resemblance between him and Antonio. 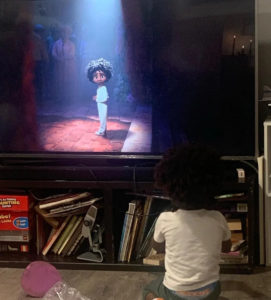 For many, many years, media has shone a light on those that fit into a certain ‘look’, mainly showcasing caucasian people whether that be in animated form or not. We only have to look at the Disney Animated Classics to see how many feature meaningful representation.

However, Kah also notes that it is not just seeing those who look like you that matters, it’s being seen and the impact that that has- especially on young children.

I’m so grateful for moments like this because I’m aware of its impact, especially for brown boys and girls. … There’s power in representation and magic in creativity. 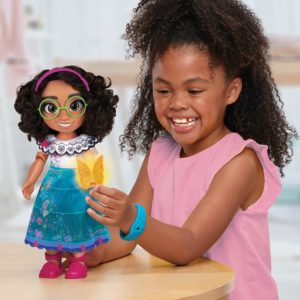 Kah mentioned that Kenzo’s reaction sparked a conversation in her household to which she notes that she never saw characters that looked like her on-screen while growing up, and how the world is changing.

This generation and future generations will experience inclusivity because the film industry is moving in a direction that reflects the true diversity of our world. 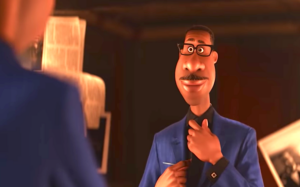 With recent releases such as the aforementioned Encanto, as well as Coco, Soul, and Moana, The Walt Disney Company is beginning to showcase diversity much more in their films.

Not only this, but it also shows that Disney’s inclusion of the Inclusion Key in their key philosophies is actively guiding the company and each individual- and to that, we applaud.