KiteTails is Animal Kingdom’s newest, most high-flying production that we’re pretty sure you’ve heard a lot about since it’s infamous debut. 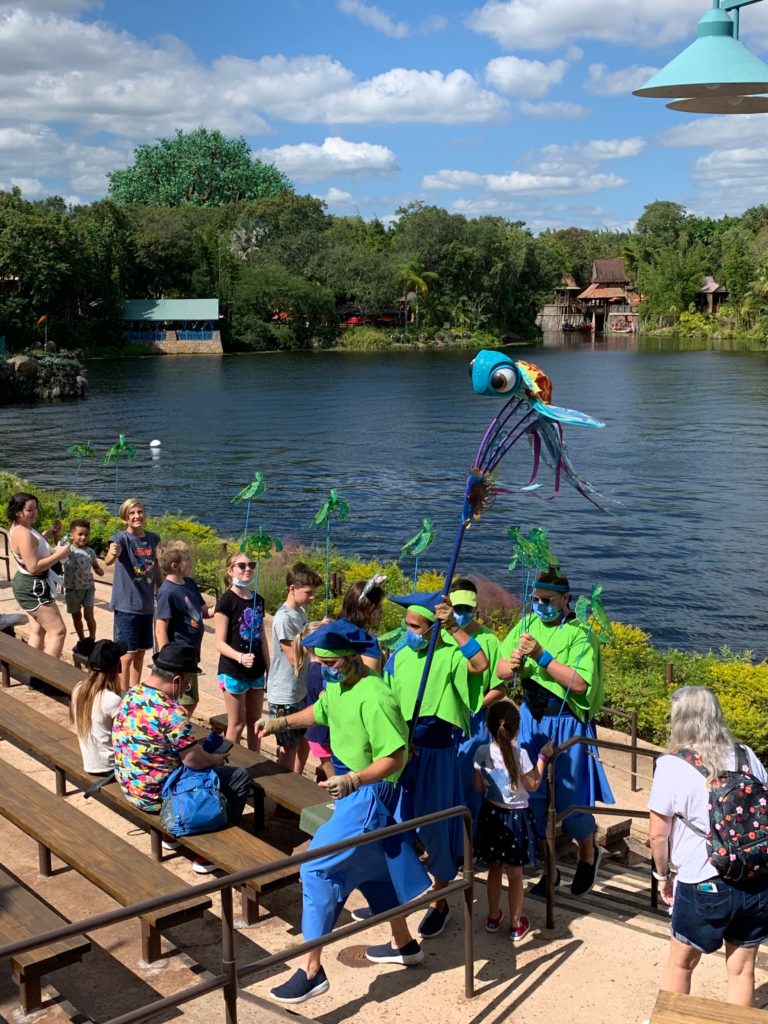 What you probably didn’t know is that your kids can take centerstage themselves and star in the pre-show! 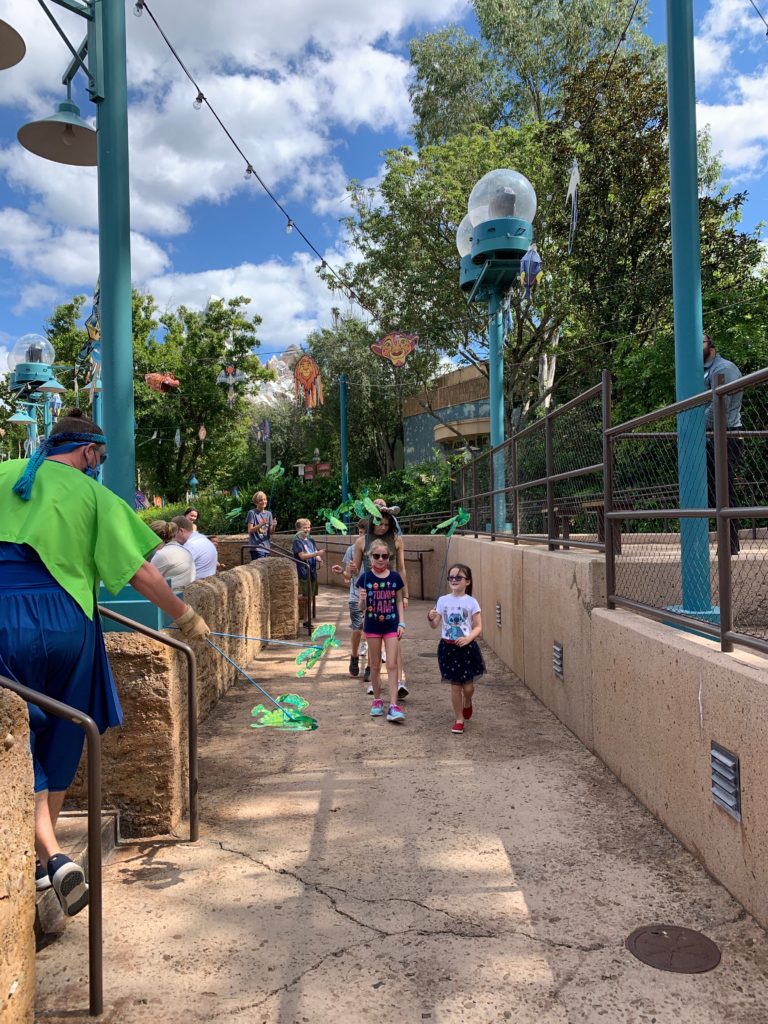 About 10 minutes prior to every performance of KiteTails, Cast Members will ascend the stairs of the amphitheater to begin recruiting kids for the parade. 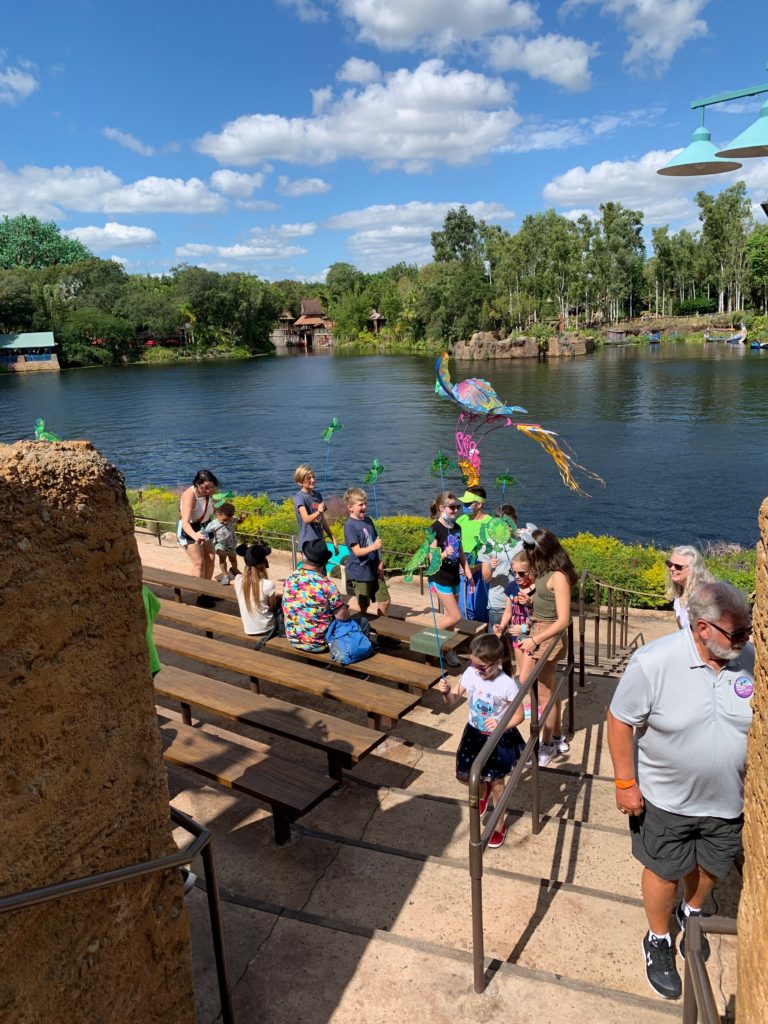 The chosen children are then given their own turtle puppets that they are responsible for controlling. After a quick lesson, the children take off in an adorable turtle parade! The parade travels around the perimeter of the amphitheater. They immediately become part of the show as they are responsible for both puppeteering and entertaining guests! 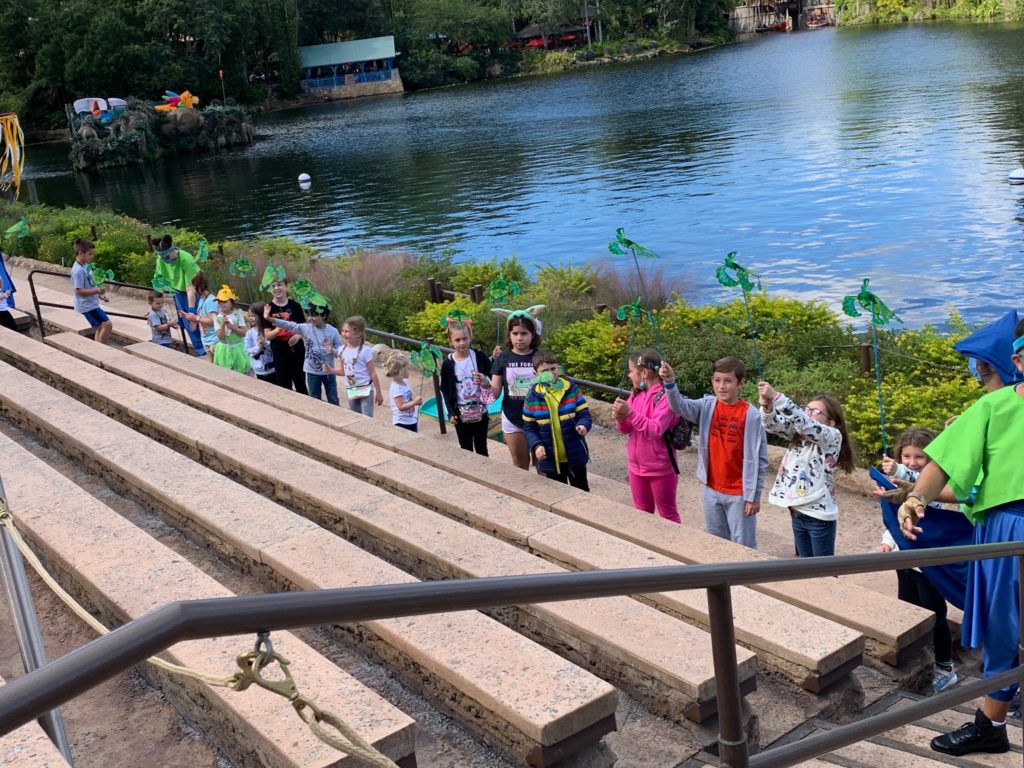 It’s important to note the kids’ Turtle Parade only takes place in the Dinoland portion of the Amphitheater.  You have the best chance at getting your child in on the fun if you find a seat in the frontmost seats of the amphitheater at least 15 minutes before showtime to ensure they are in the best location to be seen by a CM!