There’s a new animated film coming in March of 2022. The trailer for the brand-new Disney and Pixar’s Turning Red debuted this morning! Take a look.

A new poster was just revealed for the film as well. 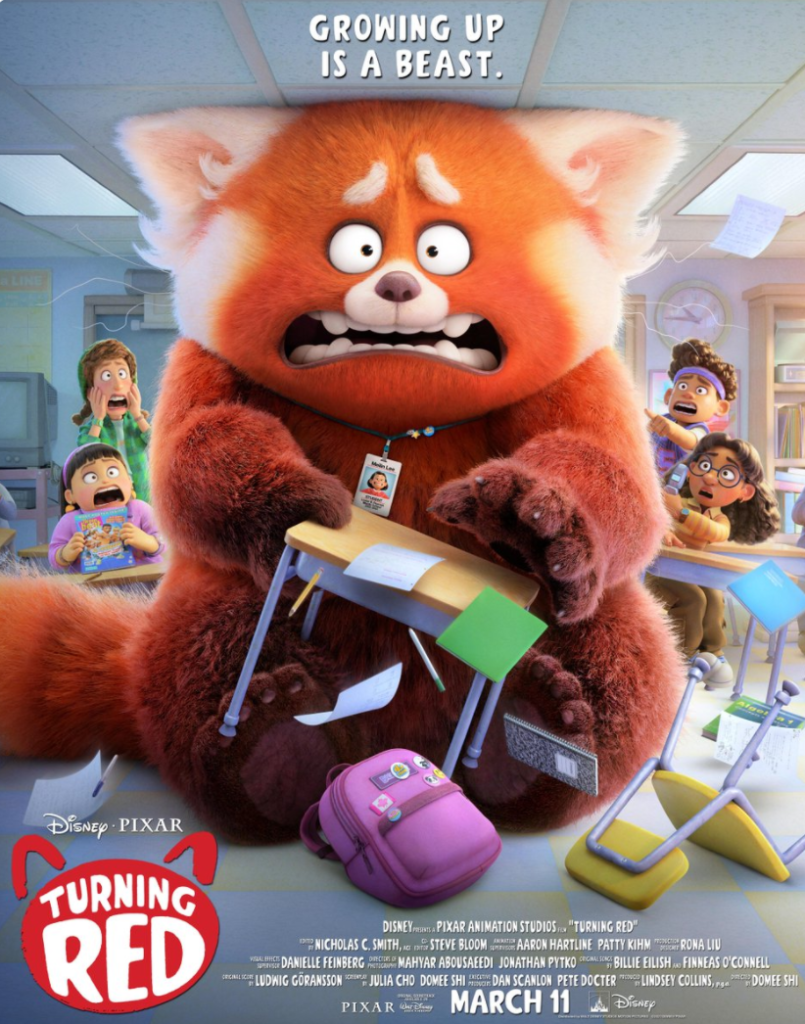 Disney and Pixar’s all-new original feature film “Turning Red” introduces 13-year-old Mei Lee, a confident-but-dorky teenager torn between staying her mother’s dutiful daughter and the chaos of adolescence. And as if changes to her interests, relationships, and body weren’t enough, she also “poofs” into a giant red panda at decidedly inconvenient times. Featuring Rosalie Chiang as the voice of Mei Lee, and Sandra Oh voicing her protective mother.