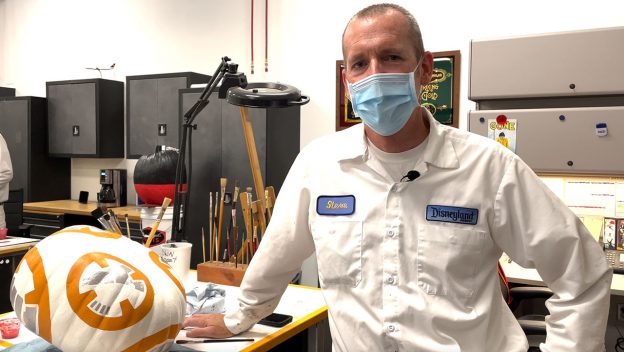 For Cast Member Steve and his fellow artists, they have been busy preparing for the new scavenger hunt by creating the pumpkins that will be used in the hunt.

Steve and his team have painted 13 pumpkins for the offering. Best of all, each of the pumpkins represents a different Disney character. Steve said of the project, “The time to paint each pumpkin varies.” He added that some of the simpler ones take a day and the more complicated up to three days! 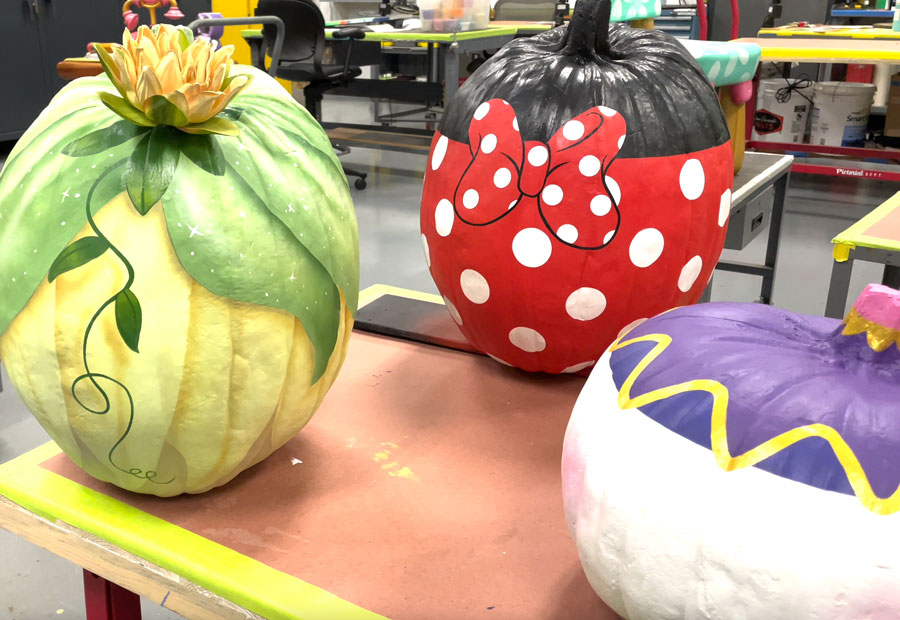 So which ones took the longest?  According to Steve, the most details went into the Moana and Tiana pumpkins.

There were three artists work on this project and they had the daunting task of bringing their masterpieces to life regarless of the shapes and uneven texture of the pumpkins. 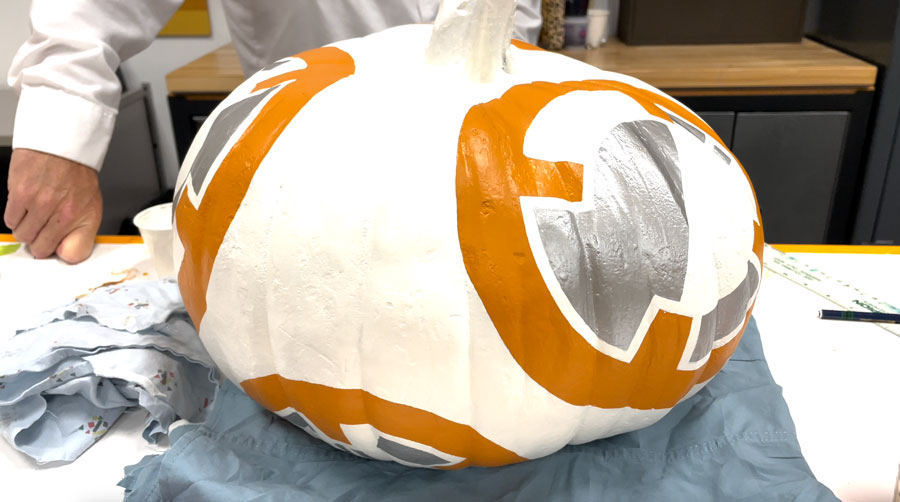 It took two weeks to create all 13 pumpkins. Next stop is Disneyland’s Downtown Disney District. Steve had this to say about the pumpkins’ Disneyland debut, “It feels great to showcase some of the stuff we paint, the guests seem to enjoy it.” 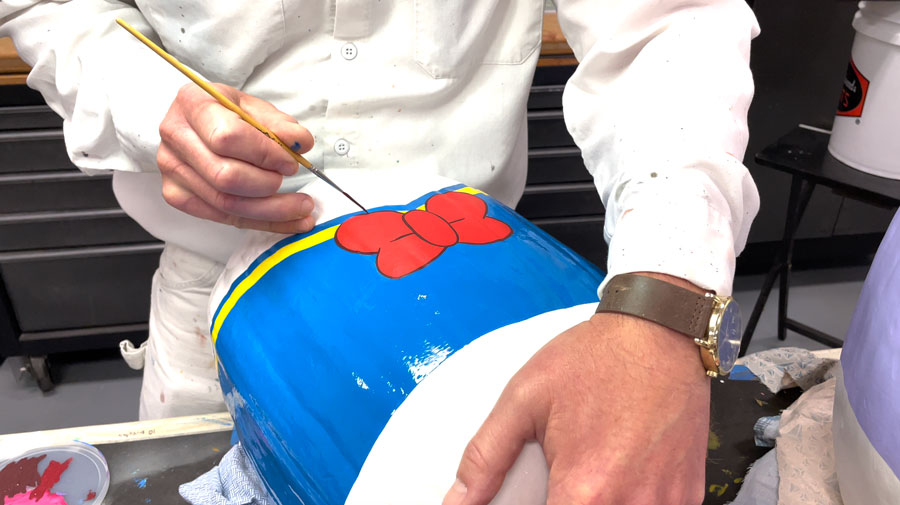 You can see these colorful creations in person starting TODAY! The scavenger hunt will be offered through October 31st.

Have you heard the news!? Walt Disney World packages are currently available through Summer of 2022!  Book your getaway with ME before the end of September 2021 and I’ll throw in a Disney Gift Card!* Plus 1 lucky family will be picked each month to receive a special in-room delivery from Disney Floral & Gifts!  Simply fill out my form below to get your FREE, no obligation quote!