The Disneyland Resort took to Twitter today to tease three new villain appearances at their annual Oogie Boogie Bash and we are collectively losing our minds! 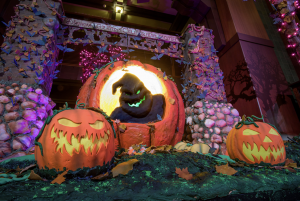 With the event creeping closer, Disney decided to tease guests and not so subtlely announce three new villains that will make an appearance at the event on Disneyland’s Instagram feed.

Fans were quick to guess the three new characters that will be joining the rest of the villains, alongside Mickey, Minnie, and the gang.

Yes, that’s right! Sid from Toy Story, Cruella from the recent live-action Cruella, and Agatha Harkness from WandaVision will all be appearing at Oogie Boogie Bash this year!

Although it is not currently known in what capacity characters will be incorporated into the event just yet, it is safe to assume that it will be distanced meet and greets- similar to what is already happening at the Disneyland Resort. 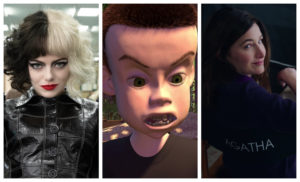 The announcement also confirms the integration of Avengers Campus into Oogie Boogie Bash with the confirmation of Agatha appearing.

Until now, it was not known if the new land was going to be off-limits to the Halloween celebrations due to licensing and integrity- similar to J.K. Rowling not allowing The Wizarding World of Harry Potter to be included in any Halloween Horror Night events at Universal Studios. 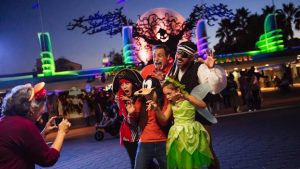 Are you excited about the appearance of these three new villains at Oogie Boogie Bash? Let us know in the comments below!