Behind the Attraction: Everything We Learned about Haunted Mansion

When I wrote Disney Demystified Volumes 1 and 2, I had to do a bit of self-editing. I wanted to include too many stories involving Haunted Mansion.

As a child, I grew obsessed with the dichotomy that drives the story. It’s half-funny and half-scary yet somehow pure Disney.

On this week’s episode of Behind the Attraction, the Disney+ series goes behind the scenes to reveal the unlikely circumstances that led to the duality of Haunted Mansion.

Here’s a recap of all the exciting details about Haunted Mansion you might have missed. 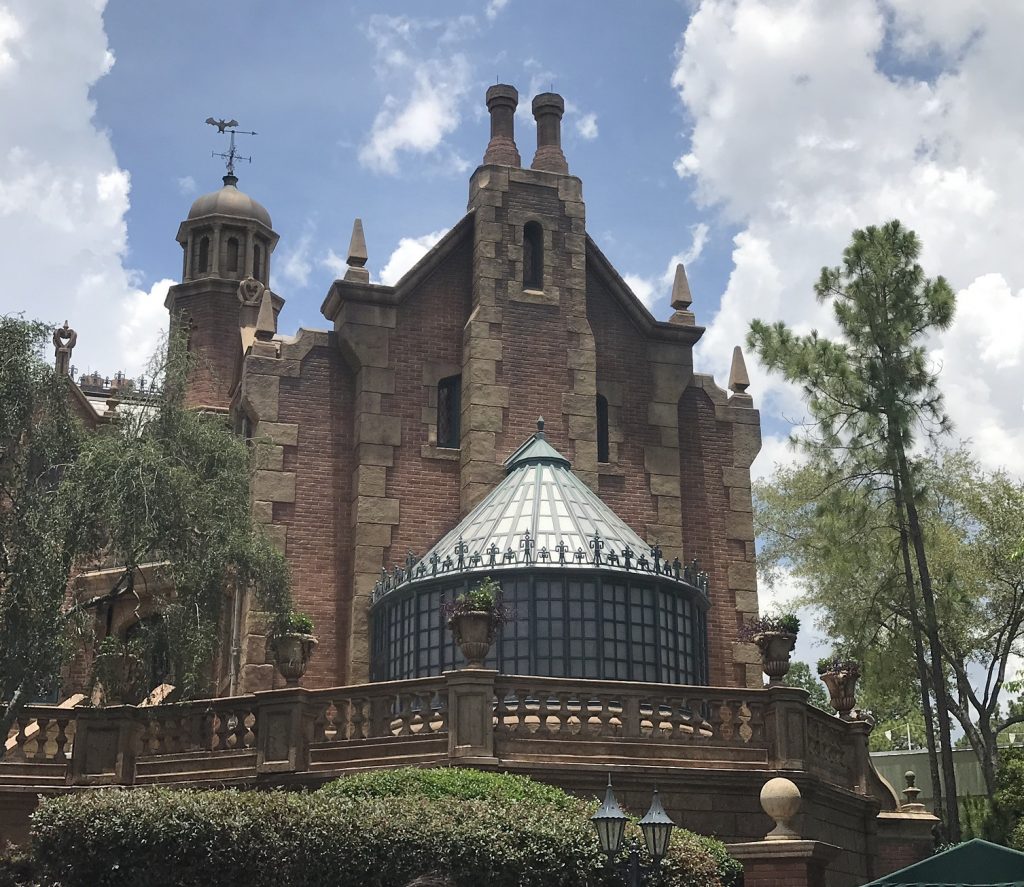 My favorite part of Behind the Attraction stems from the exclusive archival footage during ride development.

This episode starts with Paul Frees asking whether he should deepen his voice to make it spookier. He may very well have done it for laughs.

However, in that moment, Haunted Mansion’s Ghost Host came (returned?) to life.

The recording occurred in 1969, roughly 15 (!) years after Walt Disney originally planned the ride. 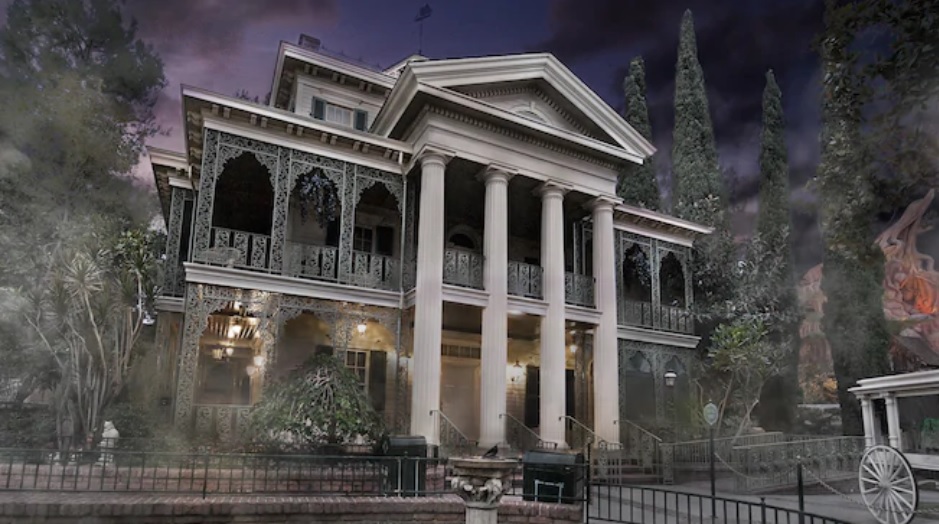 Why did the recording take place so much later? Haunted Mansion stagnated for nearly 15 years, a fact that Behind the Attraction doesn’t try to hide.

If the ride had opened in 1955, Donny Osmond would have only been two in this video!

Yes, that’s Kurt Russell and Barbara Eden in the video, too. I’m telling you. Disney archival footage is spectacular!

Anyway, the point is that Imagineers butted heads with their boss over the Haunted Mansion, and these conflicts started long before the park opened. 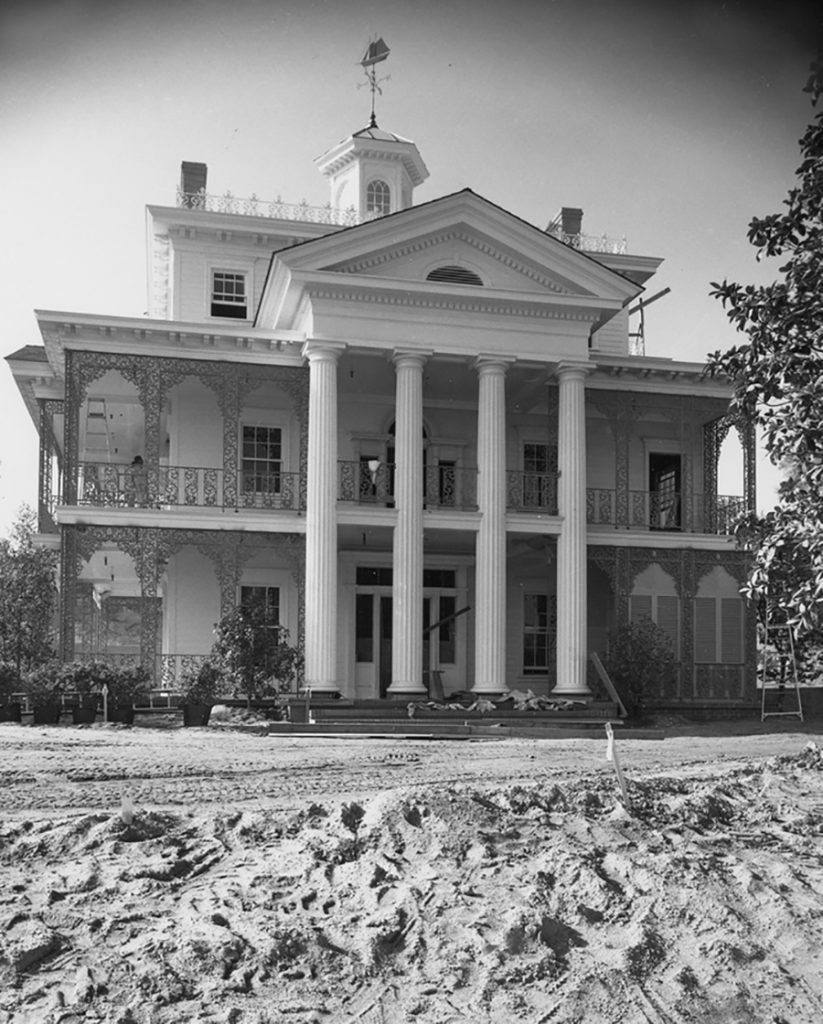 Anderson settled on some famous southern architecture from spooky mansions. Alas, he did too good a joke, as he suggested a dilapidated building. 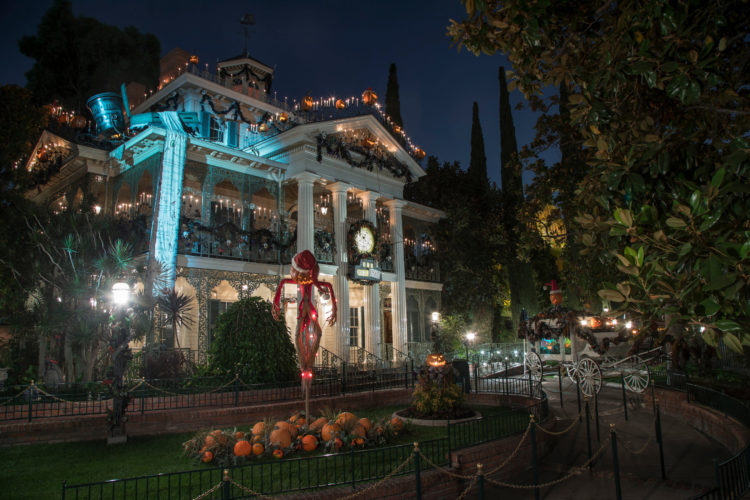 Walt Disney wouldn’t hear of such a blemish distracting guests away from the pristine beauty of Disneyland. No, the Haunted Mansion must look gorgeous from the exterior. 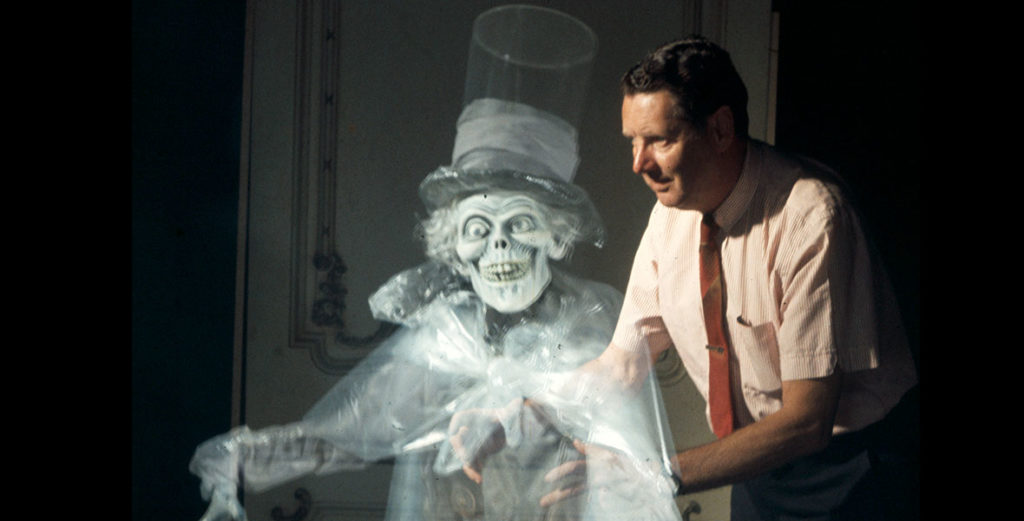 The episode displays the mechanics of Pepper’s ghost, a cunning mirror trick that allows ghosts to appear and disappear.

Uncle Walt also brought in Rolly Crump as a kindred spirit to Gracey. They started a collection of the mystical items for Haunted Mansion. 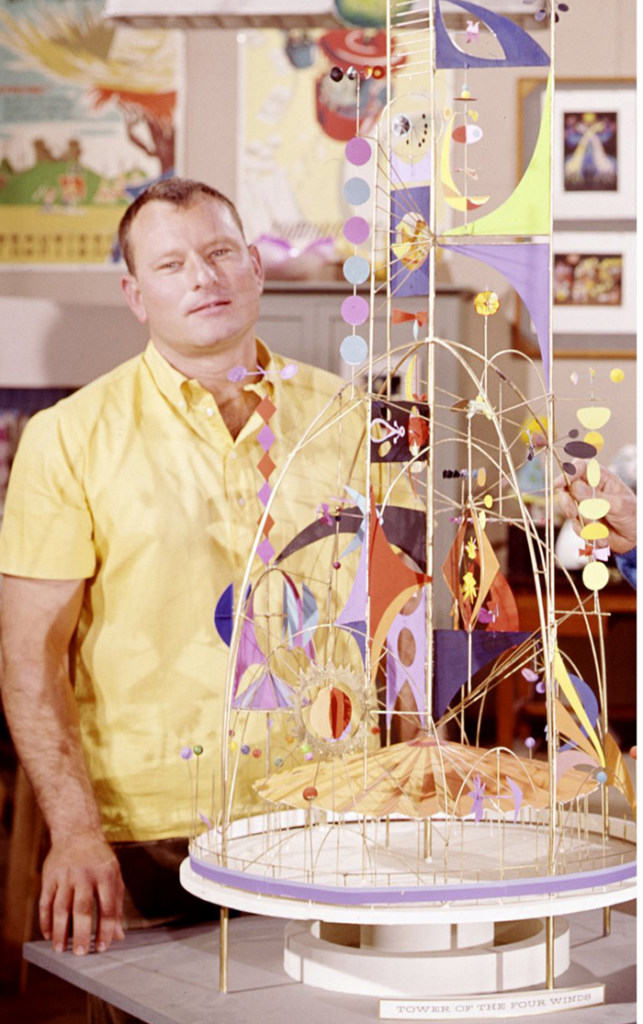 The various Imagineers settled on a design and actually constructed the Haunted Mansion’s ride building. Alas, nothing resided within it.

The funny/scary civil war raged on for long enough that Disney pulled his Imagineers off the project. He needed them working on something bigger. 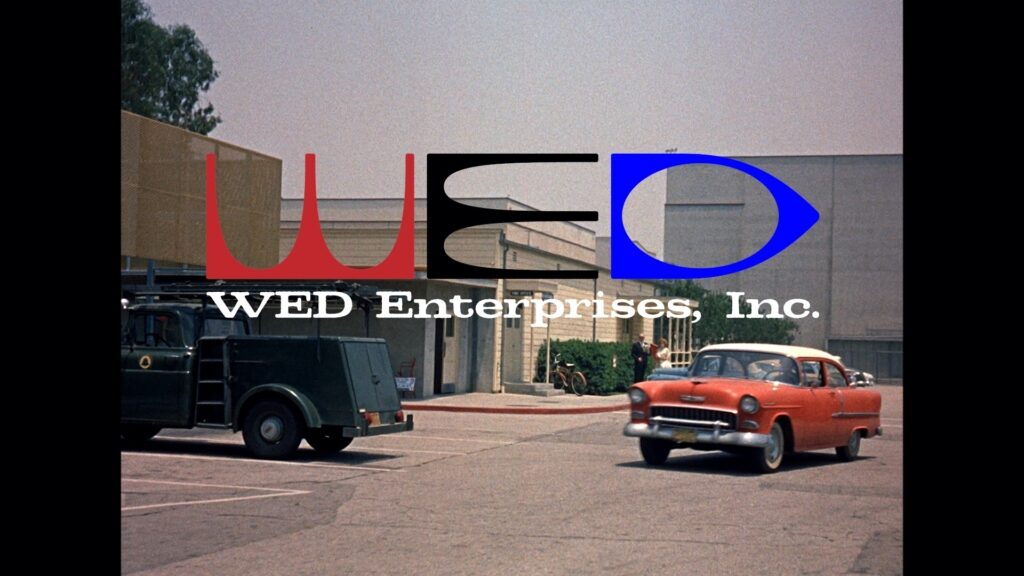 The team at WED Enterprises started in earnest on the pavilions that Disney built for the 1964 New York World’s Fair.

During this time, the Haunted Mansion teased guests with its foreboding menace. Somehow, it was still several years away from opening, though. 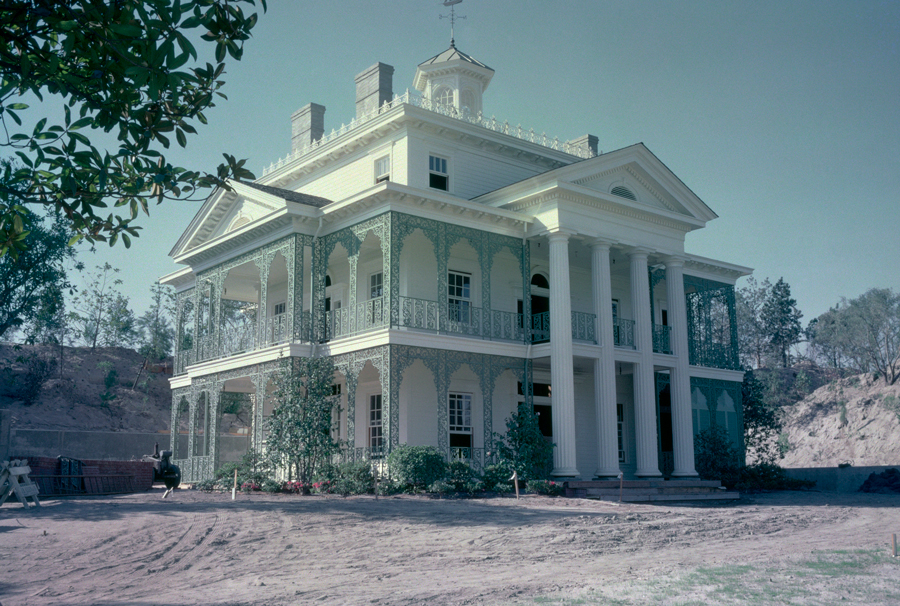 Still, one massive benefit stemmed from the delay. Imagineers developed the Omnimover premise for the World’s Fair.

This innovation would spill over to Haunted Mansion, as the ride added its infamous Doom Buggies. 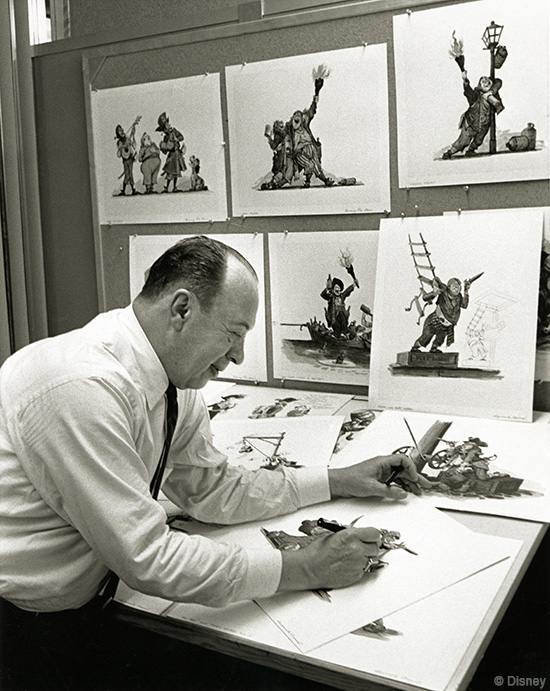 So did Walt Disney. He proved this by hiring a second art director for Haunted Mansion. Claude Coates also joined the team.

While Davis favored humor, Coates had an eye for visuals and preferred a scarier ride experience. 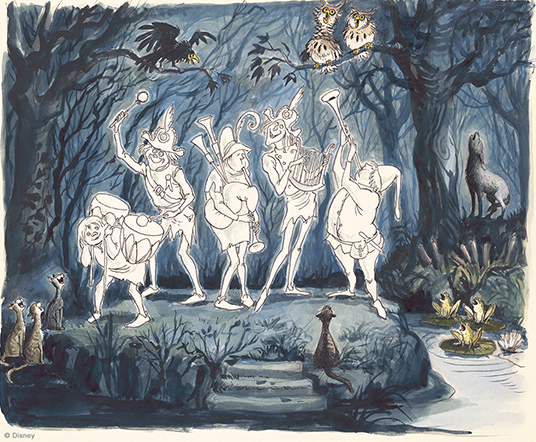 As you can tell, Haunted Mansion possesses parts from several different legendary Imagineers.

The WED Enterprises staff would meet with Disney and try to push him toward an outcome by hiding various ideas they didn’t prepare. 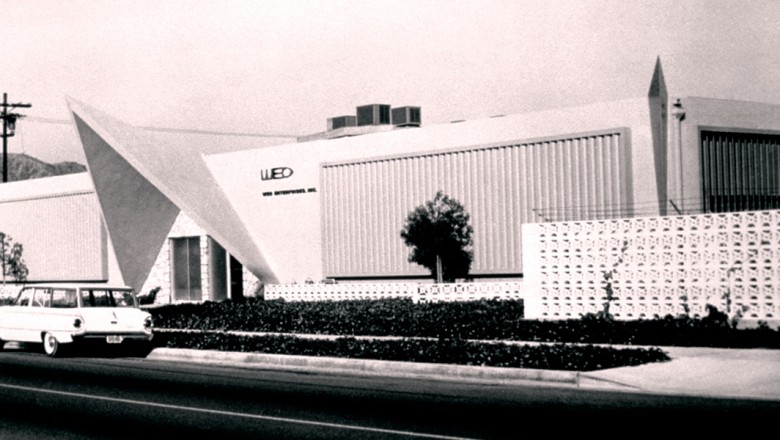 Coates famously unsettled his boss with some creepy trinkets, but Uncle Walt appreciated them enough to come up with a new idea, the Museum of the Weird.

If this version of Haunted Mansion had come to fruition the scary parts of the ride would have comprised a walkthrough museum attraction instead. 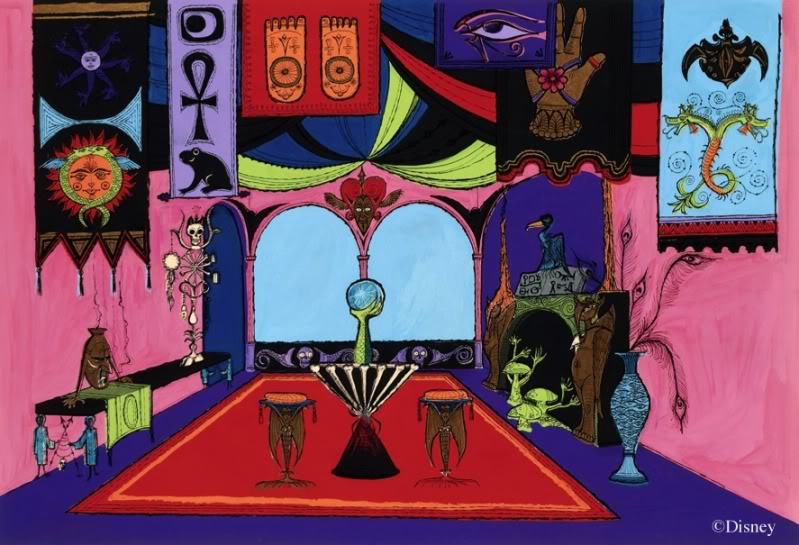 Without their leader, the ride languished a bit more. 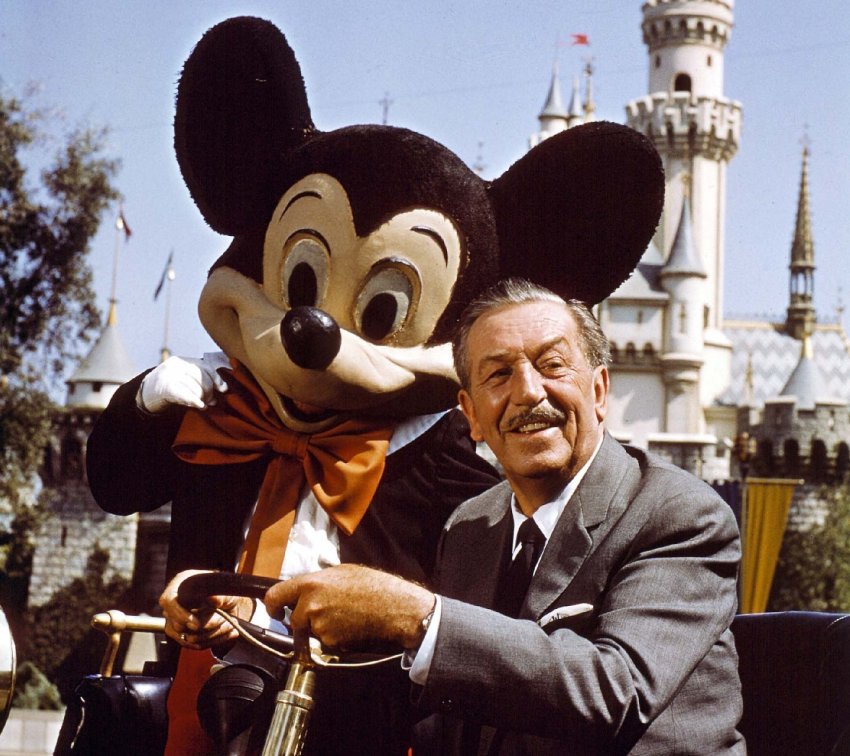 The odd impact of 14 years of hype came to a head when Haunted Mansion debuted in 1969. One of Disneyland’s largest crowds ever until then attended the grand opening.

Once inside, they discovered a combination of spooky and silly features. Most of them worked, though.

Think about the situation from this perspective. Imagineers debated the contents of Haunted Mansion for more than a decade.

By that point, only the best ideas would have stood the test of time. So, the attraction wowed early guests with its multiplicity. 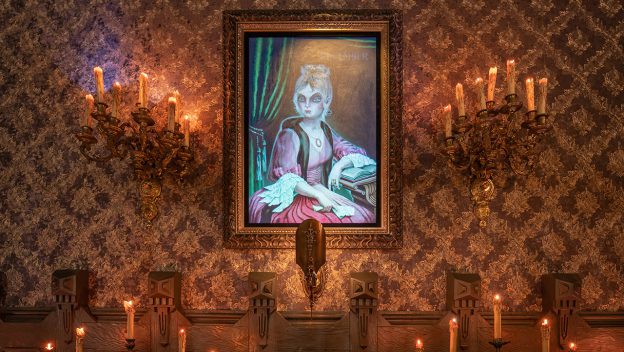 As you know, the biggest surprise occurred at the start, as guests entered a room that started stretching.

Functionally, the Stretching Room served a purpose, as the ride took place on a different floor from the rest of Disneyland. 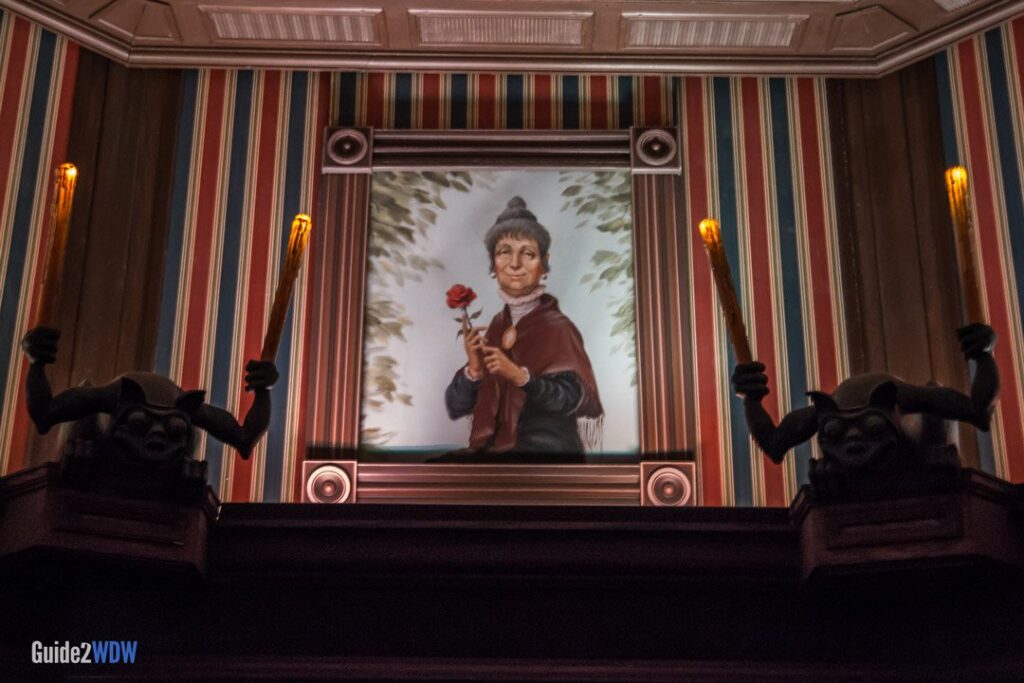 Along the way, guests walked by some of the macabre special effects, including the statues that turned to watch people as they walked by. 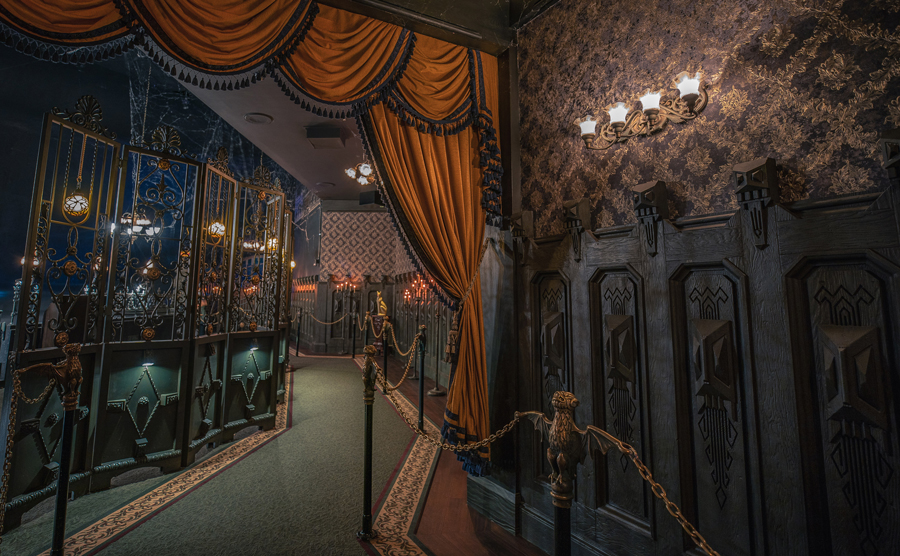 Anytime we talk about the best line queues today, we have Haunted Mansion to thank for the concept.

Of course, the ride comes with a second trick. You walk through the pre-ride segments, controlling your experience. 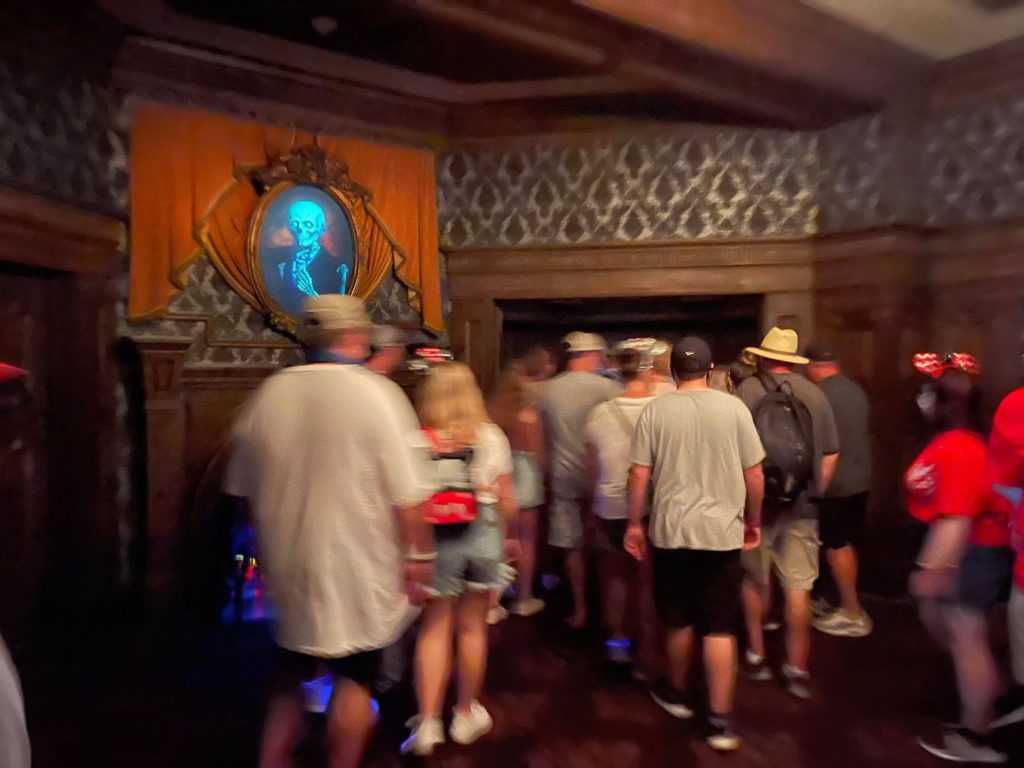 Once you board a Doom Buggy, the Ghost Host takes control! It’s an unsettling change in power dynamics.

The Special Effects of the Haunted Mansion

The episode also explains some of the special effects, including the thought processes behind Madame Leota and the dining room table scene. 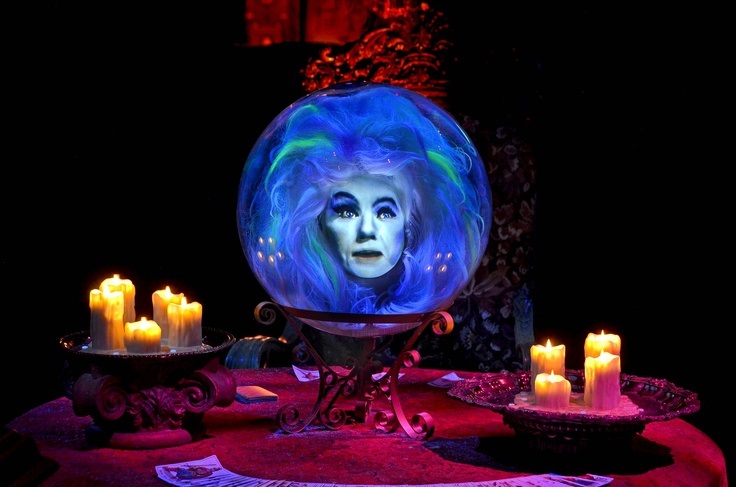 Then, Imagineers recount one of the most fascinating stories from the early days of Haunted Mansion.

Those guests who arrived en masse the first week received an unexpectedly, albeit unsatisfying treat.

The Hatbox Ghost greeted them, although they didn’t appreciate their luck. Imagineers had tested the head-switching technique that defines the ride. 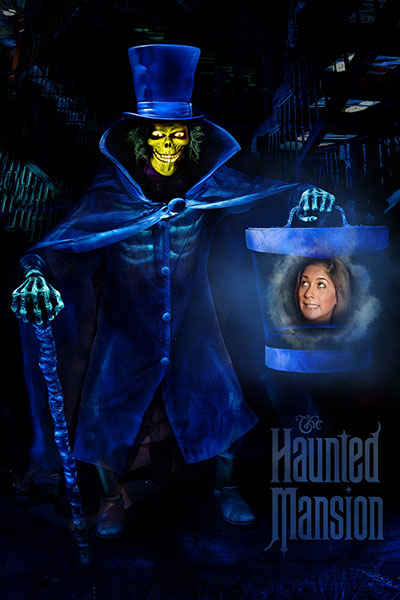 Unfortunately, they’d done so at a different location that utilized different lighting. At the actual set, the Hatbox Ghost didn’t dematerialize correctly.

So, nobody understood the gag, sending the Hatbox Ghost into oblivion for decades. However, I specifically didn’t say obscurity. 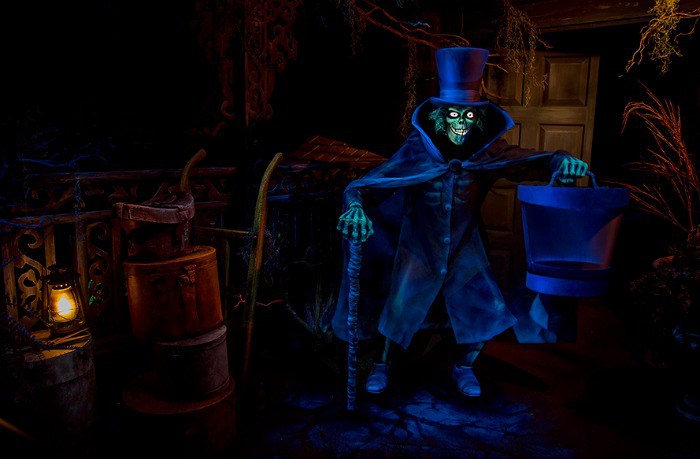 Fans clamored for the return of this bespoke gentleman, and he finally came back in 2015. Yes, Disney took more than 45 years to fix the Hatbox Ghost.

I’d mock them about it, but I’m pretty slow to take out the trash.

The Variants of the Haunted Mansion

While the episode lovingly details the history of Haunted Mansion at Disneyland, it also explores the integration of ride variants around the world.

For example, Magic Kingdom didn’t need a Stretching Room due to its plentiful land, but guests certainly would have noticed its absence. 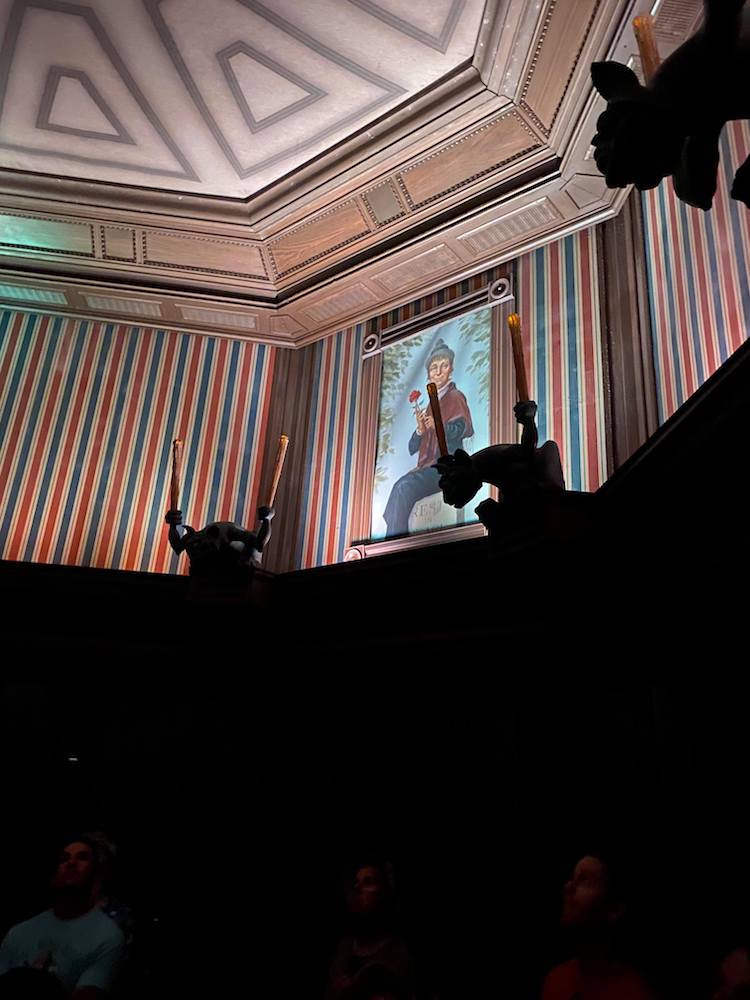 At Tokyo Disneyland, the ride mirrors the original save for one small problem. The Japanese theme park lacks a New Orleans Square, the location for Disneyland’s version.

So, Japanese officials huddled and eventually settled on Fantasyland, close to…Dumbo the Flying Elephant and It’s a Small World. That’s probably messed up some kids over the years. 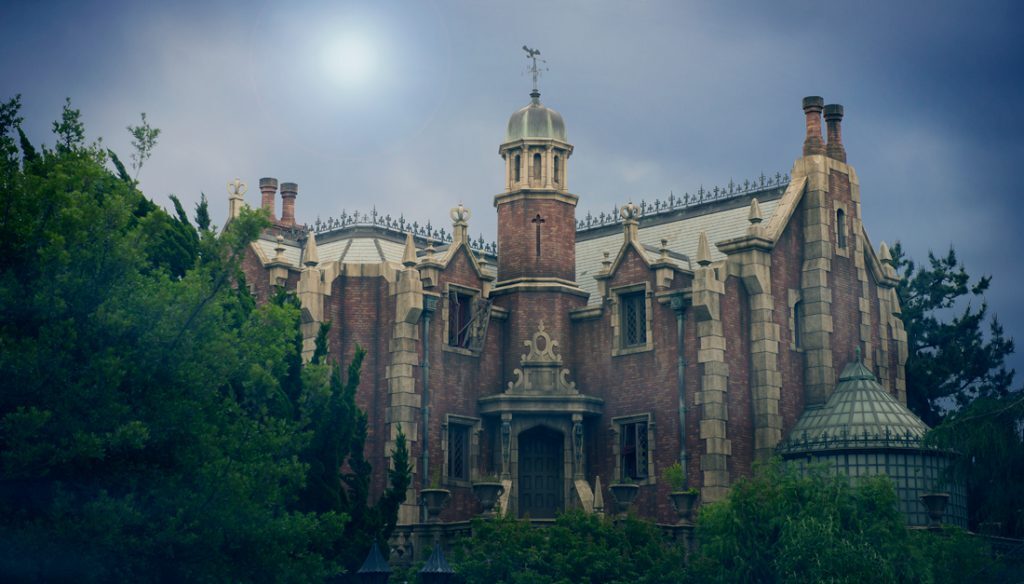 Of course, Disneyland Paris took an entirely different approach. Phantom Manor at Frontierland possesses a different name because it tells an original story.

An abandoned bride lost her husband on her wedding day for…reasons. They never seemed clear until Disney modified the ride in 2019 to explain it better.

Next, the show relays the details of the creation of Mystic Manor, the most whimsical of the Haunted Mansion variants.

I love this version and always recommend that people watch its ride videos.

I’m happy to report that the episode also briefly delves into Haunted Mansion Holiday and other holiday overlays.

Overall, Behind the Attraction encapsulates more than 65 years of Haunted Mansion history in a tight, entertaining 40-minute package. 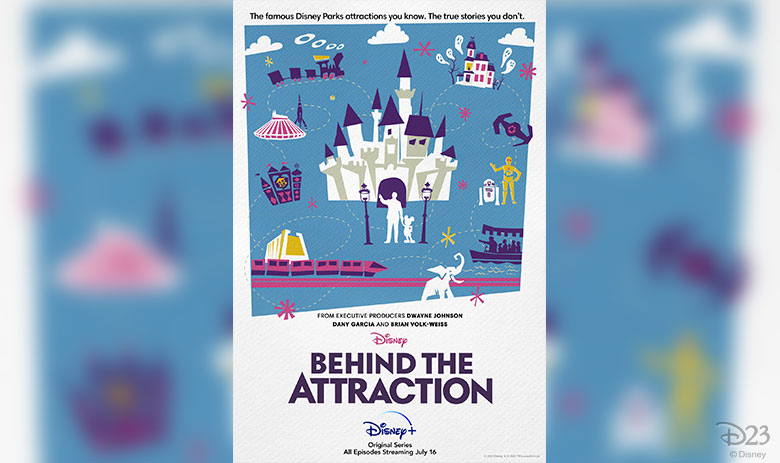 I plan to make watching this a new Halloween (or at least October) tradition.