Inauguration of the Serendipity at Give Kids the World!

Yesterday, MickeyBlog was invited out to Give Kids the World Village for the christening of their brand new attraction- The Serendipity pirate ship! Give Kids the World is a non-profit organization that welcomes families of critically ill children 365 days out of the year. 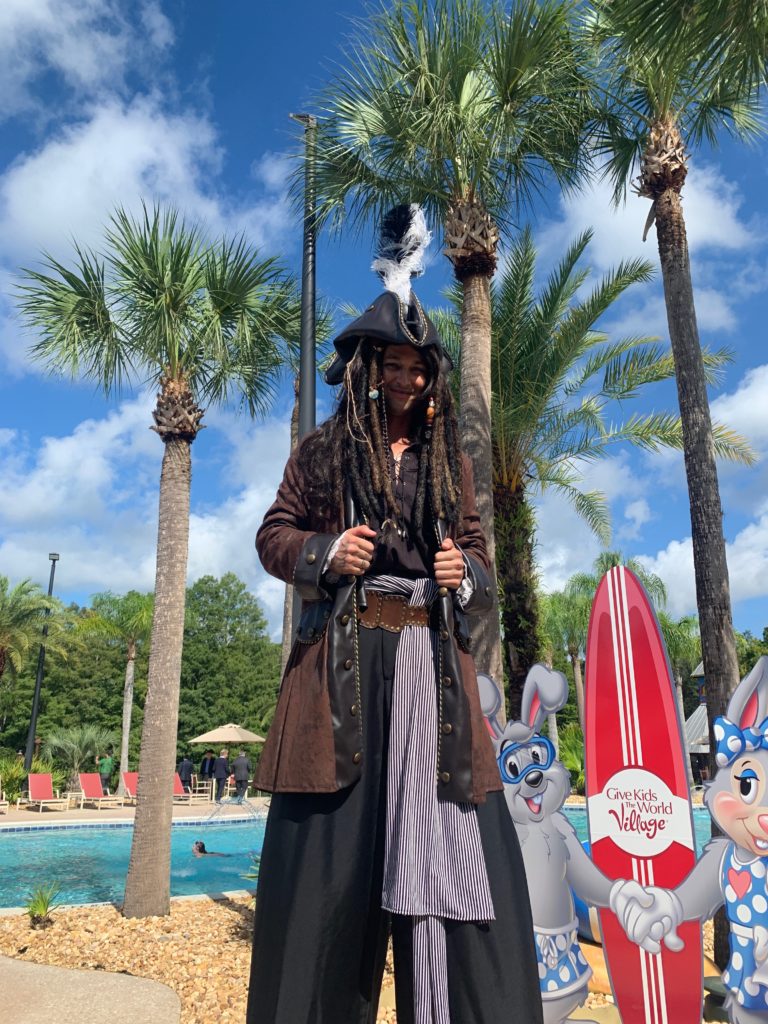 For one magical week, the children and their families are invited to immerse themselves in ALL of the Central Florida Theme Parks while enjoying a stay at the whimsical Village…all at absolutely no cost to the family. 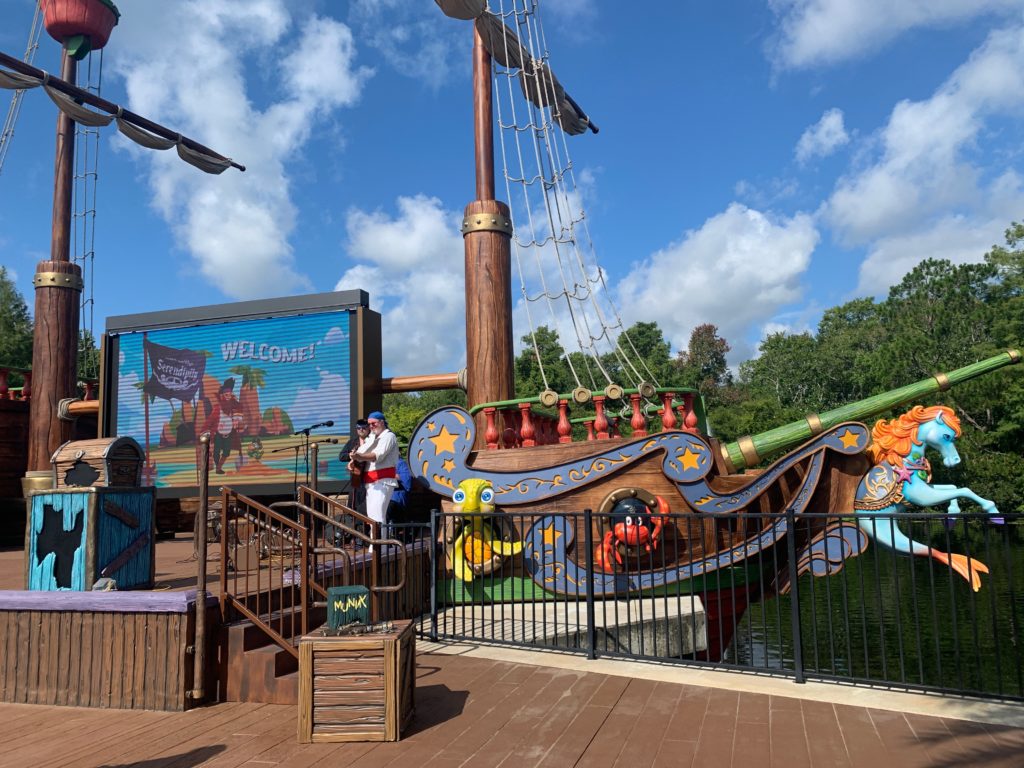 To help make their weekly Pirate and Princess nights even more fun, GKTW commissioned a brand new pirate ship with some pretty special features! The Serendipity is now officially complete, and we were on hand to take in all of the fun! 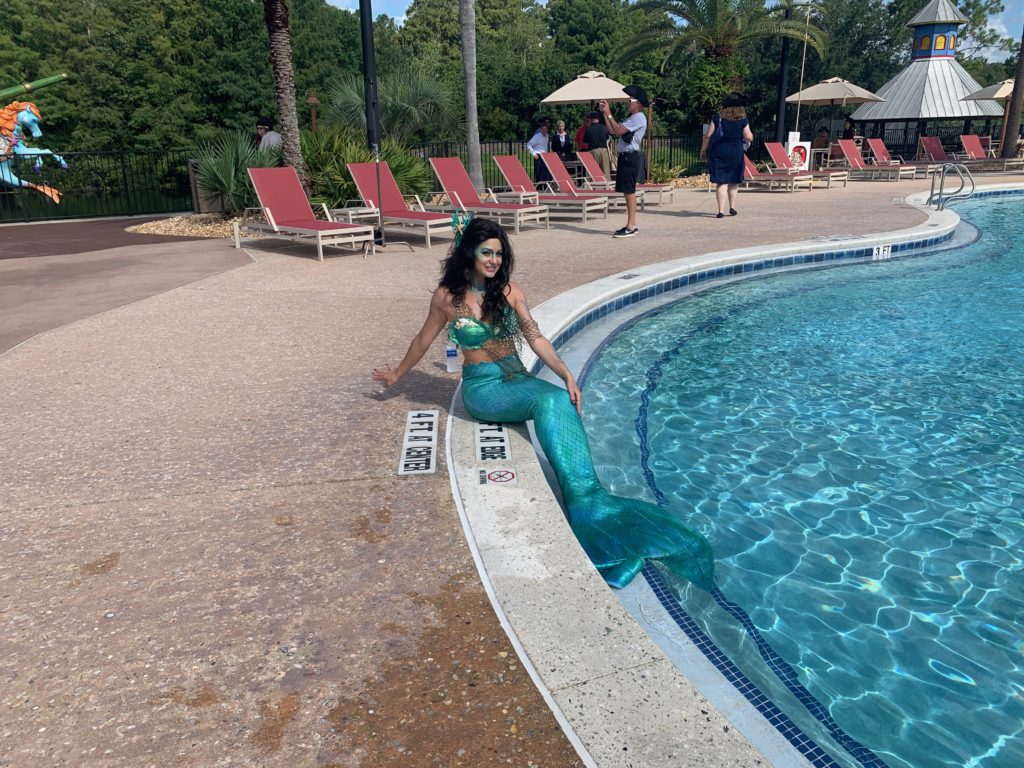 Pirates and mermaids greeted guests as we entered the pool area where The Serendipity was soon to be christened. Pirate decorations and a great pirate band helped get us all in the mood for the celebration! 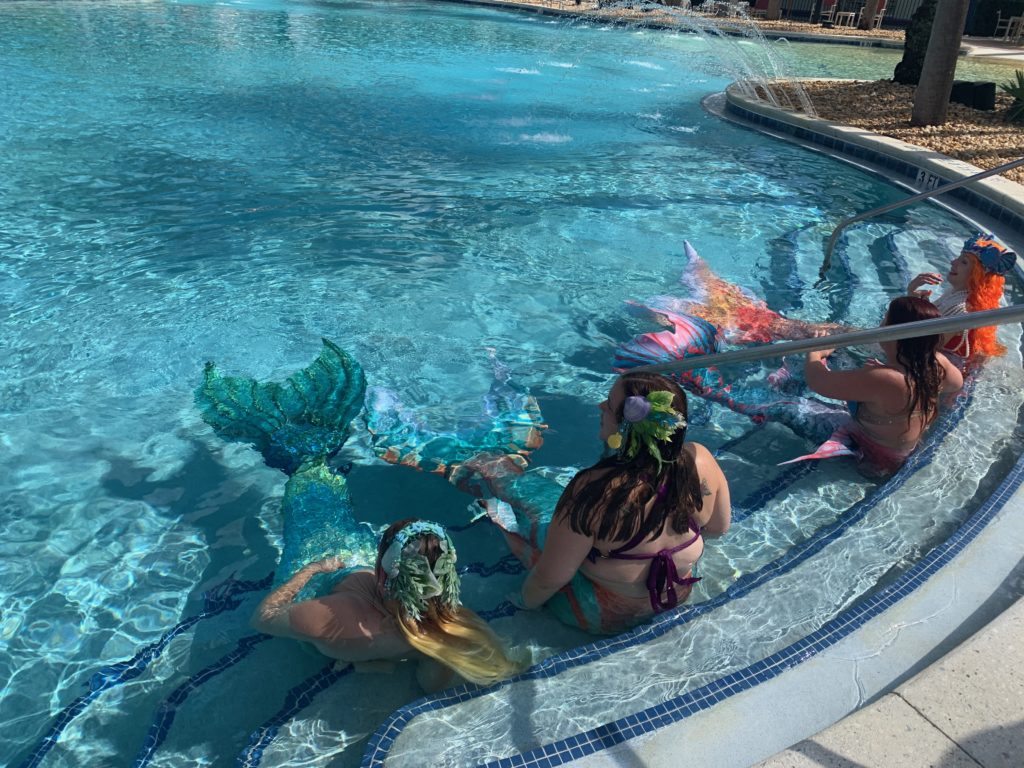 As we were all enjoying the music and the details of the new ship, President of GKTW, Pamela Landwirth, took the stage of the Serendipity to officially christen the vessel. 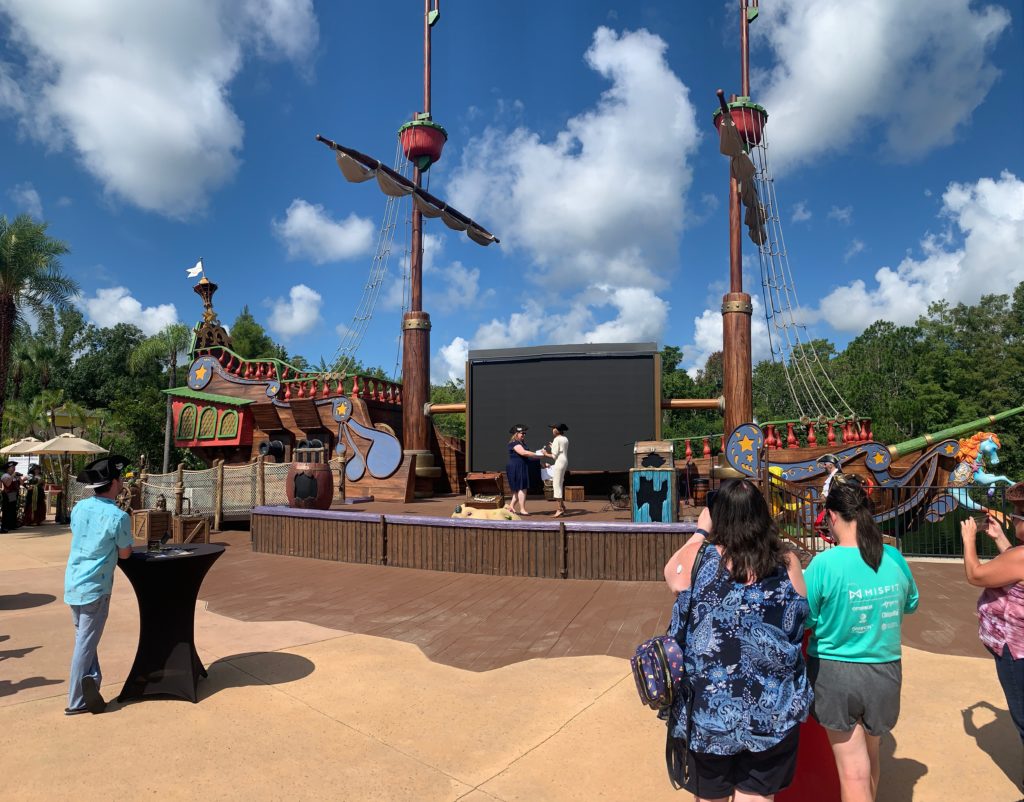 Before she did, she told us some staggering facts about the ship. It stands 70′ in length AND height, making it one of the Village’s largest attractions! The ship is adorned with many gold stars. The stars represent the Castle of Miracles where each child is given a gold star to hang on the Castle walls where it will stay forever! 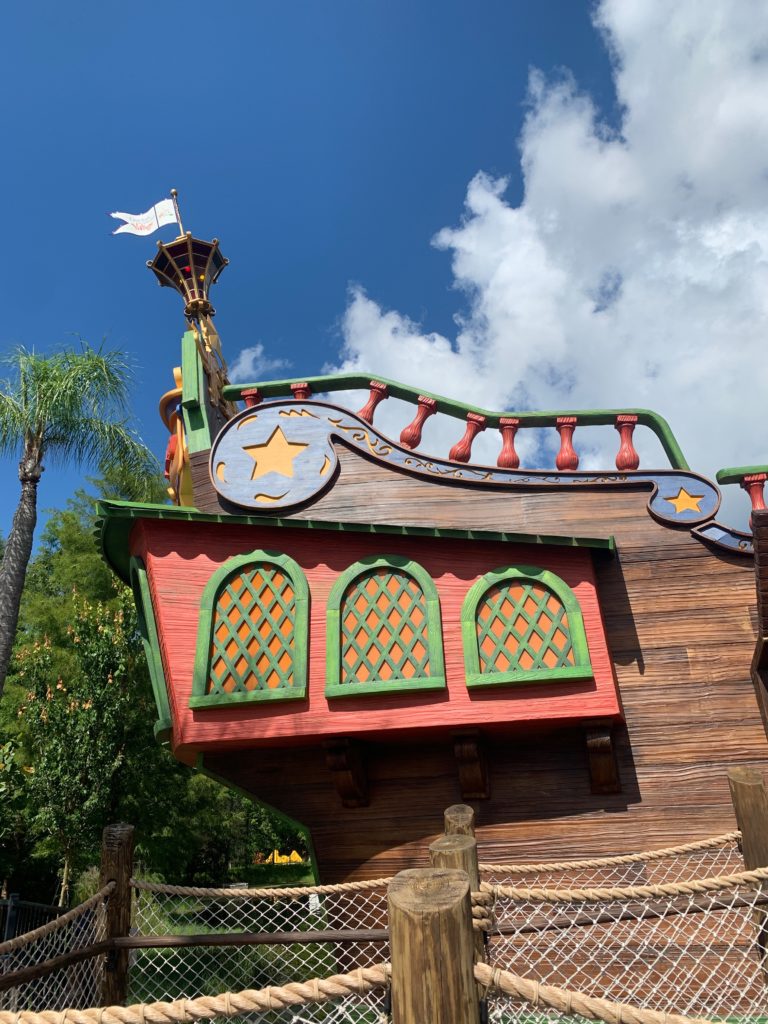 Then, we collectively put on our best Pirate voices and counted down to the christening complete with a bottle of champagne! 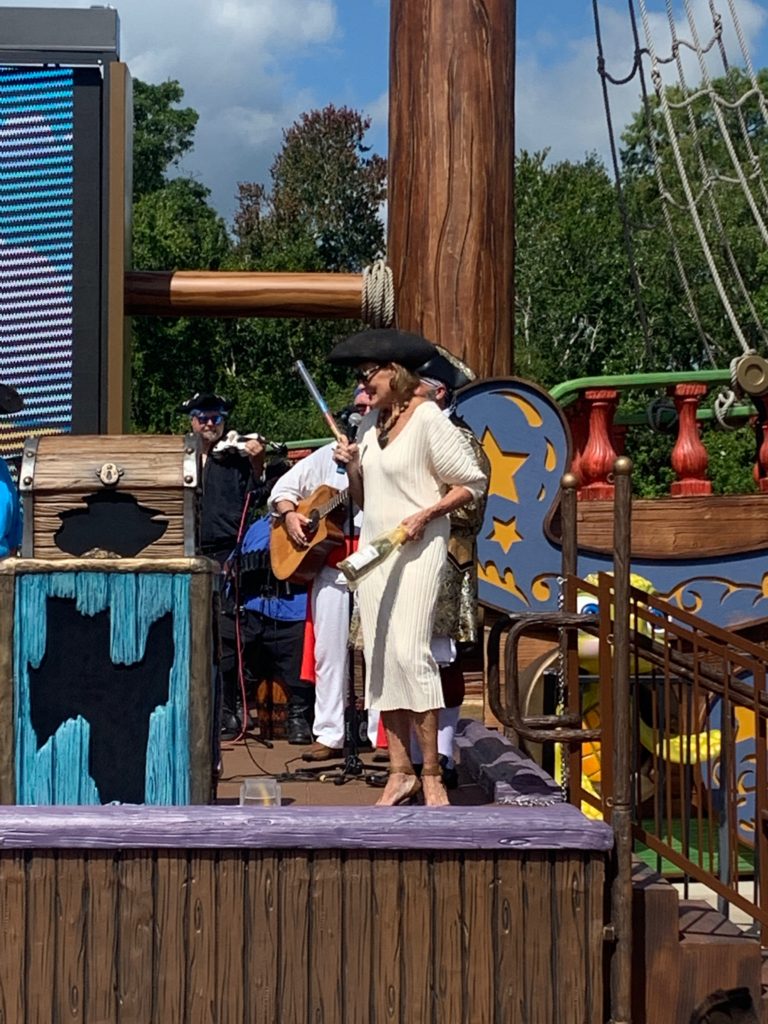 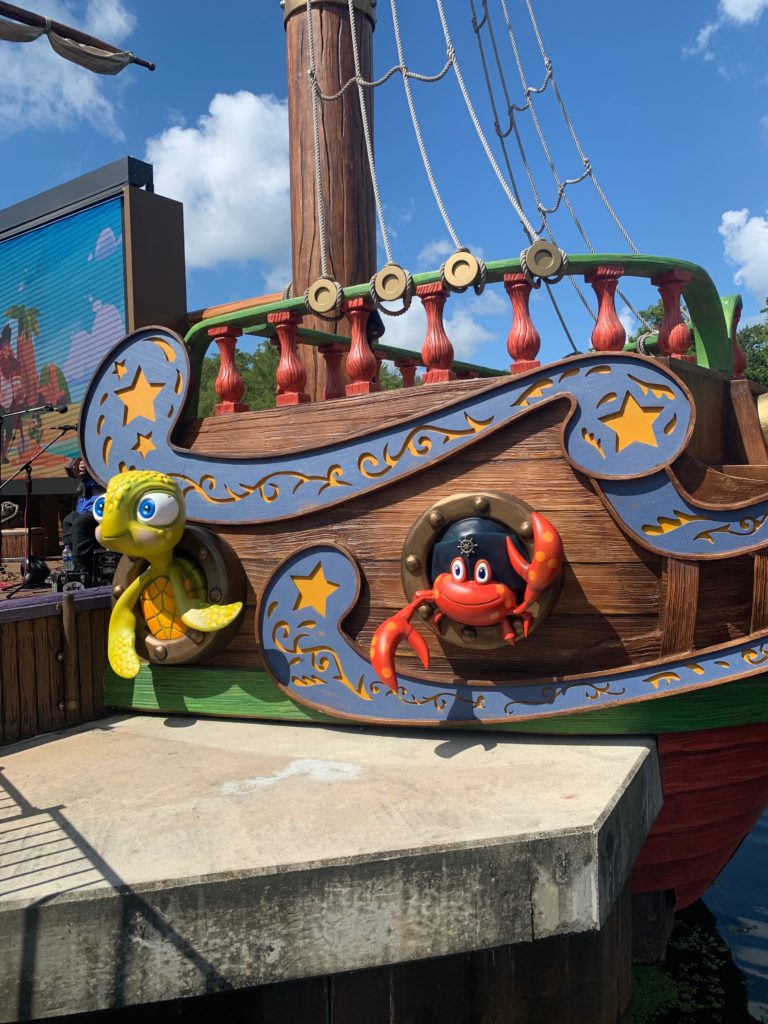 Yesterday, each of the cute little characters was named for a special child who left a lasting impact on the staff at GKTW Village. One character was dedicated to a young boy named Vinny who recently passed away. He was the first child to stay at GKTW Village this past January when they reopened post-pandemic. 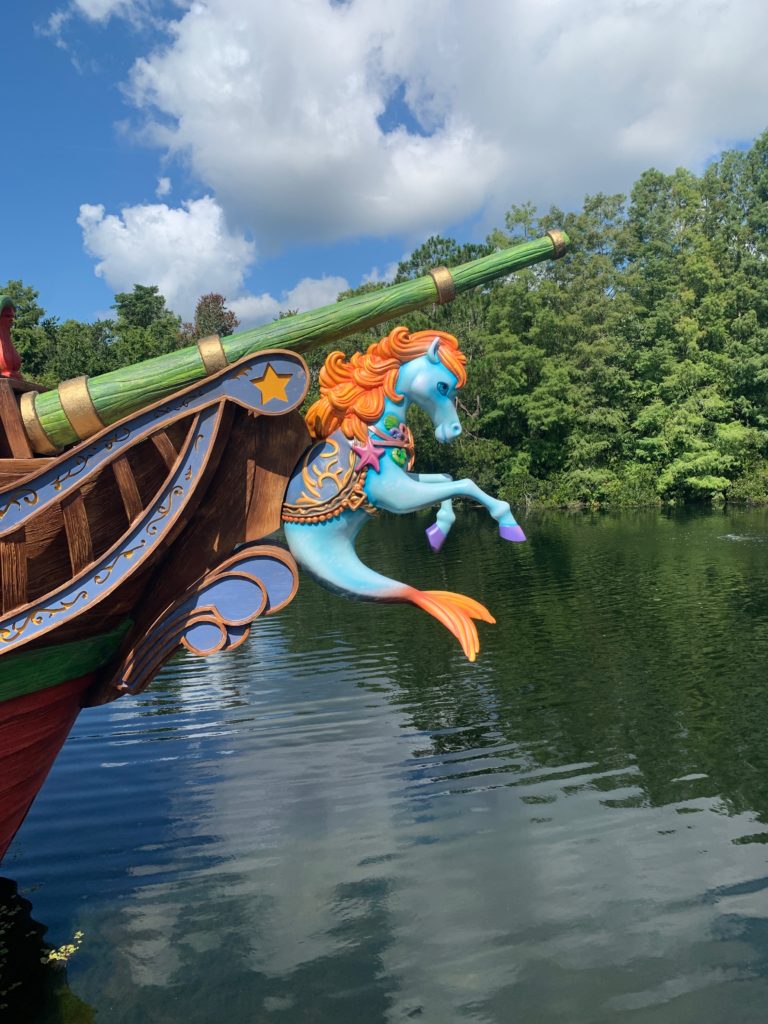 In all, the event was a monumentally happy occasion marking the first of many fun-filled events that will take place on the deck of the Serendipity. 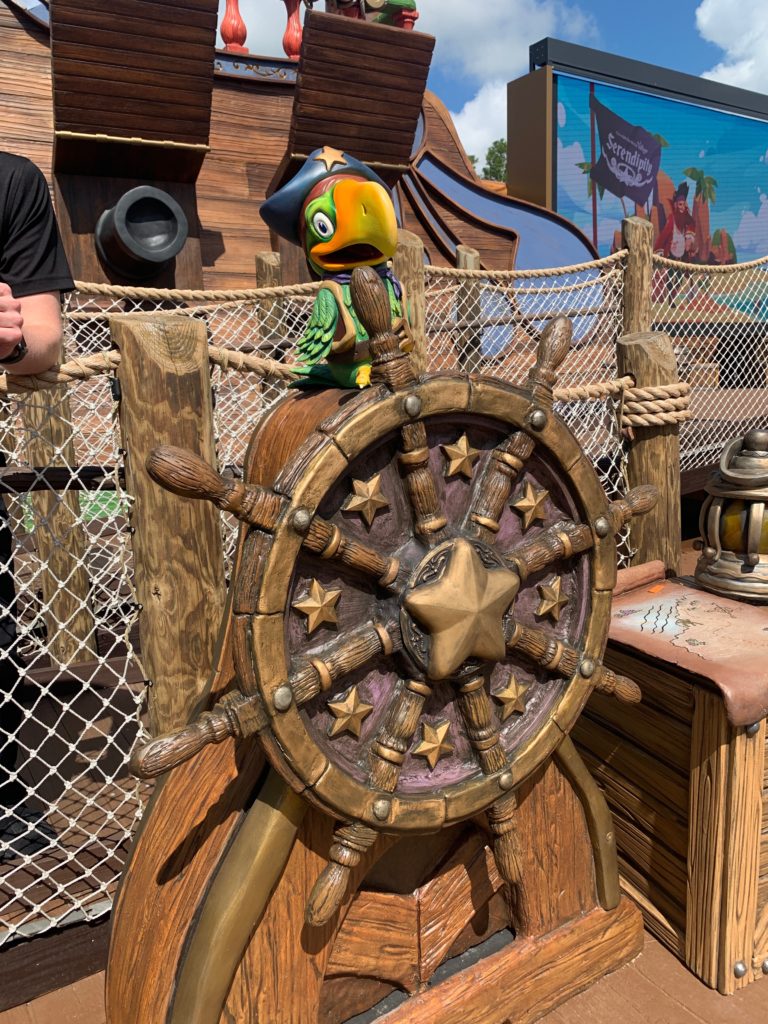 The ship’s wheel is made of the GKTW stars!

The designer and lead builder of the Serendipity was at the event too, and I asked him if he could share just one detail about the ship with MickeyBlog that NO one else knows. I had already spotted the gold stars, so he pointed me in a direction I never though to look….at a bronze display of coins and treasure. 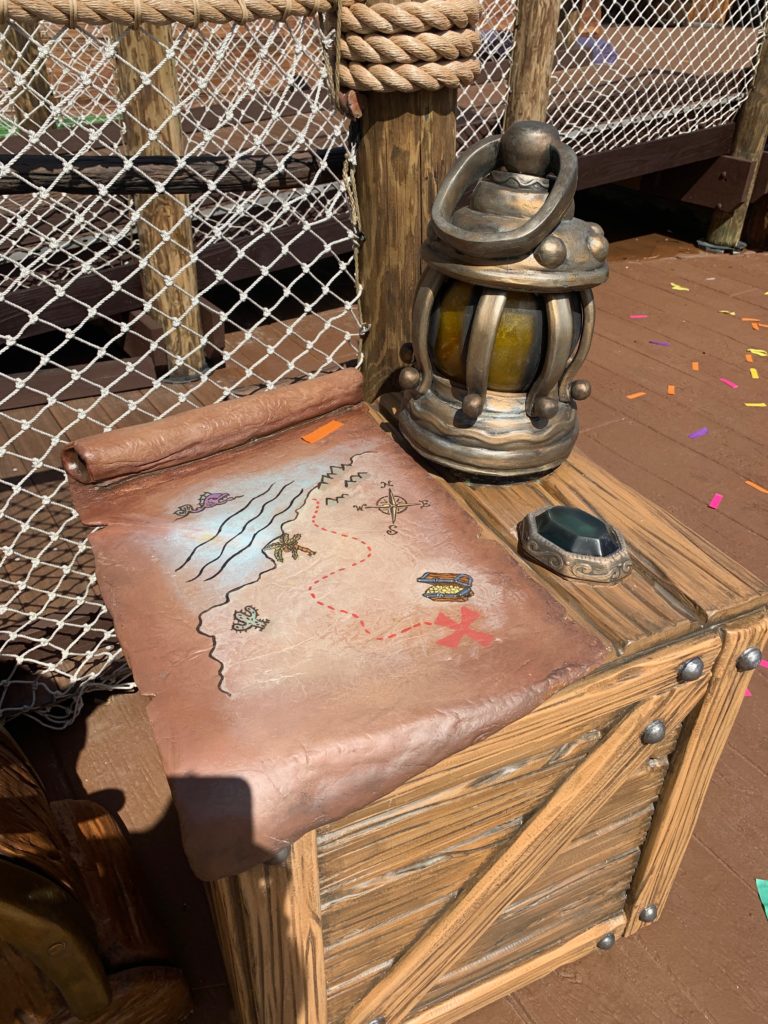 It took me longer than I’d like to admit, but I FINALLY spotted it- one of the coins is a hidden Mickey! Since Disney is such a close partner with Give Kids the World Village, I know that hidden coin will put a smile on many kids’ faces for decades to come. 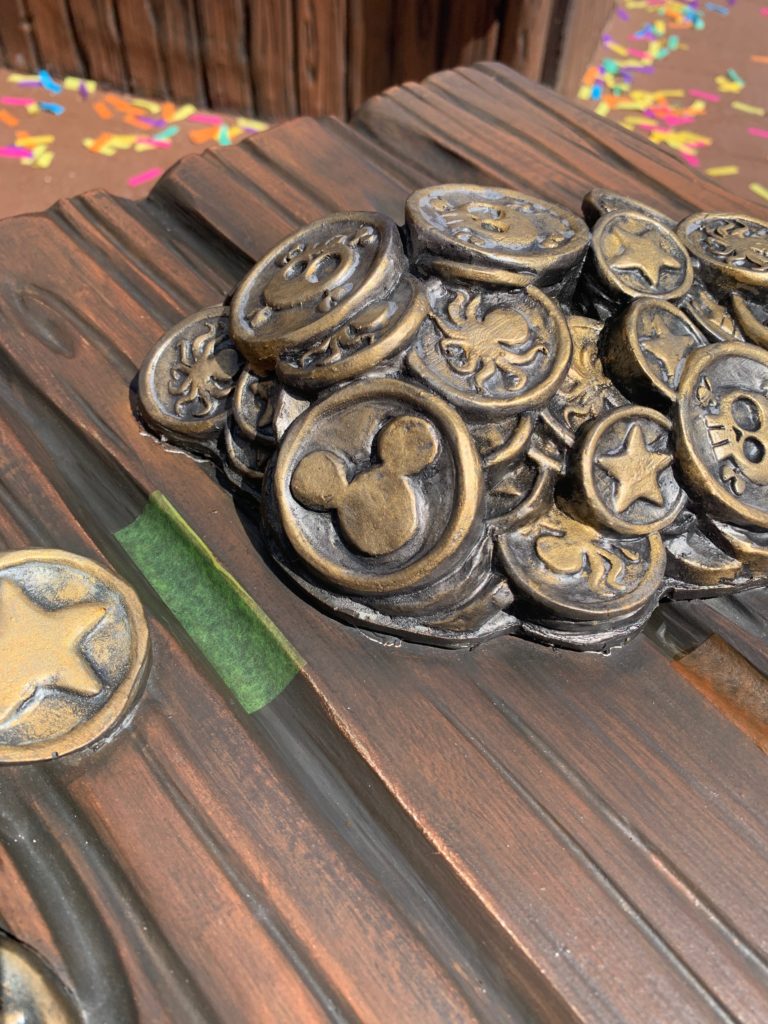 If you can, please consider donating to Give Kids the World Village. I have been to the Village several times and each and every time I’m there, I’m impacted by the incredible work they do for critically ill children who want nothing more than to feel normal for one week. You can donate any amount to GKTW Village here!

For even more Disney Parks and Resorts content, visit me on YouTube at DisneyWorldLocal for the latest ride POV’s, restaurant reviews, and updates from WDW from a Disney World Local!