Of all the variants in the news today, the release this morning of a new set of character posters for Marvel’s “Loki” tops them all. In total, we got five glorious posters for the Disney+ show that highlight last week’s new Loki variants. Here’s a breakdown of what we’re looking at, including Marvel’s new favorite reptile.

Richard E. Grants “Classic Loki” stole the show last week. Seen in a live-action representation of his costume from “Journey into Mystery #85,” Grant totally embodies the look of a 1960s comic complete with oversized horns. 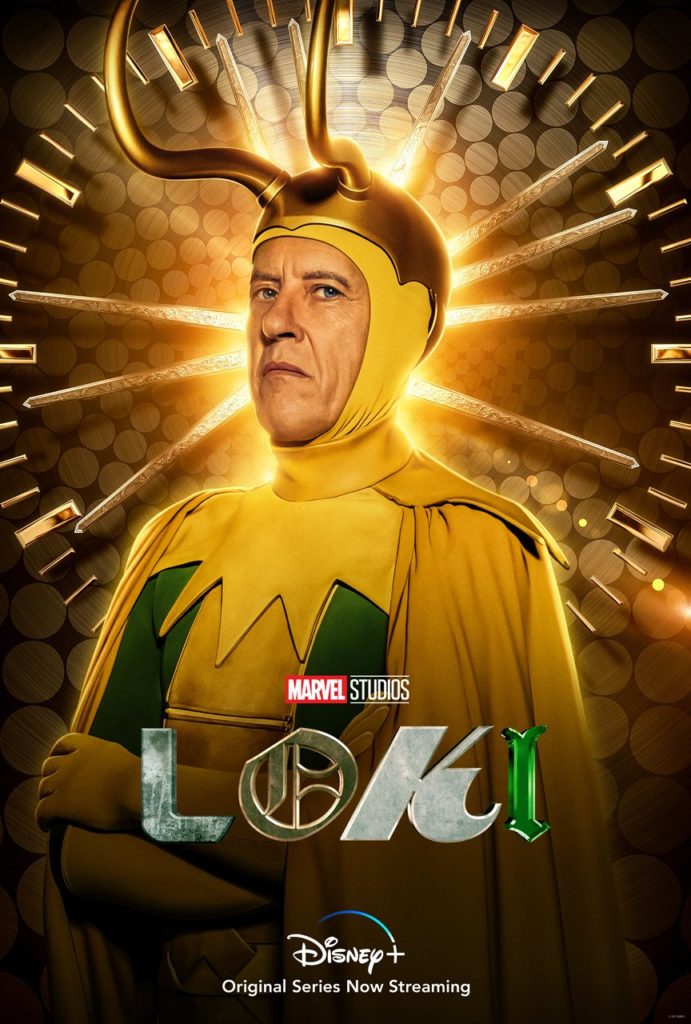 His mustard yellow cape provides the most Sixties-esque, vibrant accent and compliments the bold green of this suit.

“My late Father asked me 4 decades ago ‘Do you really want to spend your life in make-up and tights?’ At 64, this get-up for @LokiOfficial for @disneyplus would have made him cackle!” Grant said in a Tweet.

My late Father asked me 4 decades ago ‘Do you really want to spend your life in make-up and tights?’ At 64, this get-up for @LokiOfficial for @disneyplus would have made him cackle! pic.twitter.com/bQ9Jkypj7w 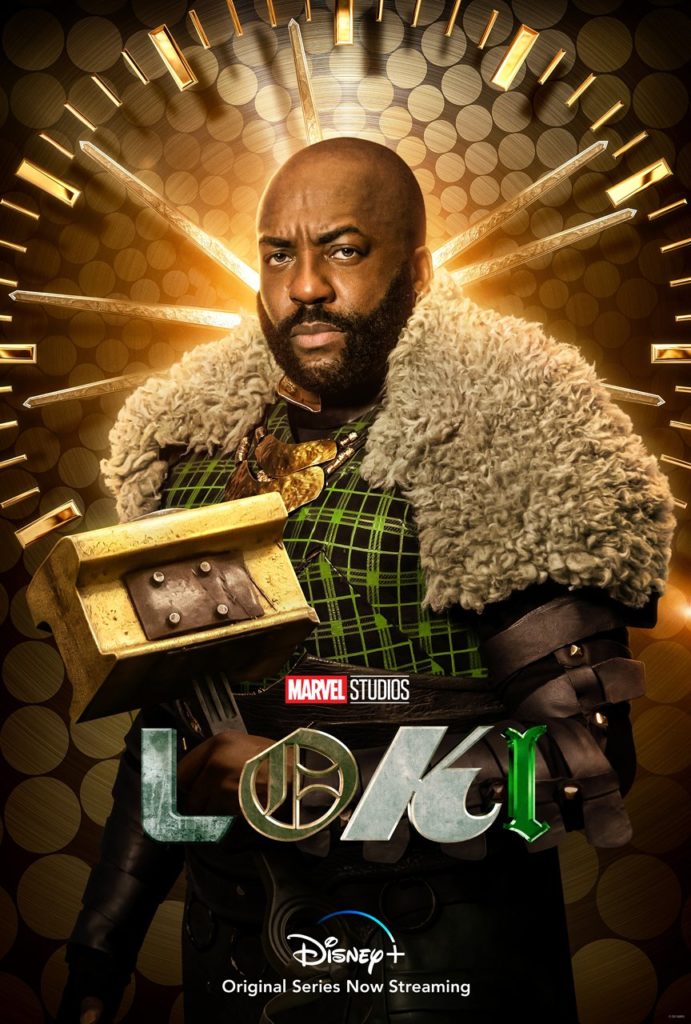 DeObia Oparei’s “Boastful Loki” jumps straight off the pages of the 2008-2009 comic, “Dark Reign.” With fur shoulders and a ringed belt, this variant also appears to be carrying a version of Mjolnir made from a piston and train rail. The hammer is most likely just a way to show off given his overly arrogant personality during the most recent “Loki” episode. As with all the posters, the background remains the same as first released posters with the emblazened TVA clock shining brightly. However, there are slight differences of where the clock hands are pointed.

Jack Veal’s Kid Loki became a recent addition to the Marvel Comic Universe. He showed up in “Thor #617” (2011) as a reincarnation of Loki when Asgard was destroyed. 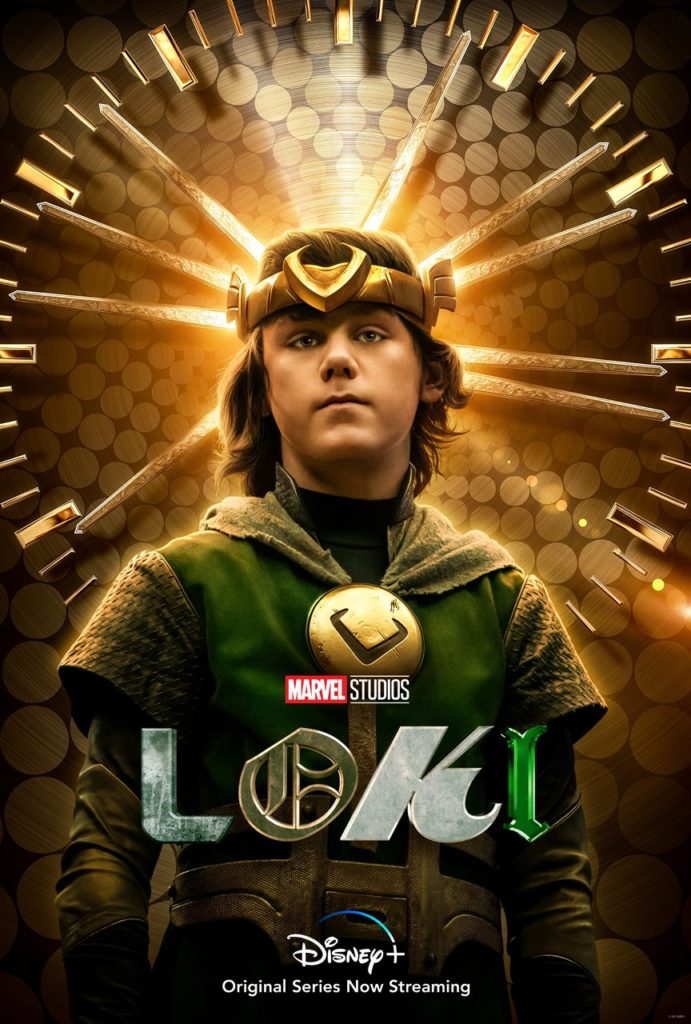 The costume is a very accurate portrayal of the comic character complete with the golden crown and the Loki logo chestplate. While the character seemingly walked off the “Loki” set, there are rumors of his possible return in a Young Avengers show or movie. The MCU has already introduced many members of the team including Wanda’s twins (Speed and Wiccan), Kate Bishop from the upcoming Hawkeye series and Eli Bradley from “The Falcon and the Winter Soldier.”

President Loki Gets the Vote 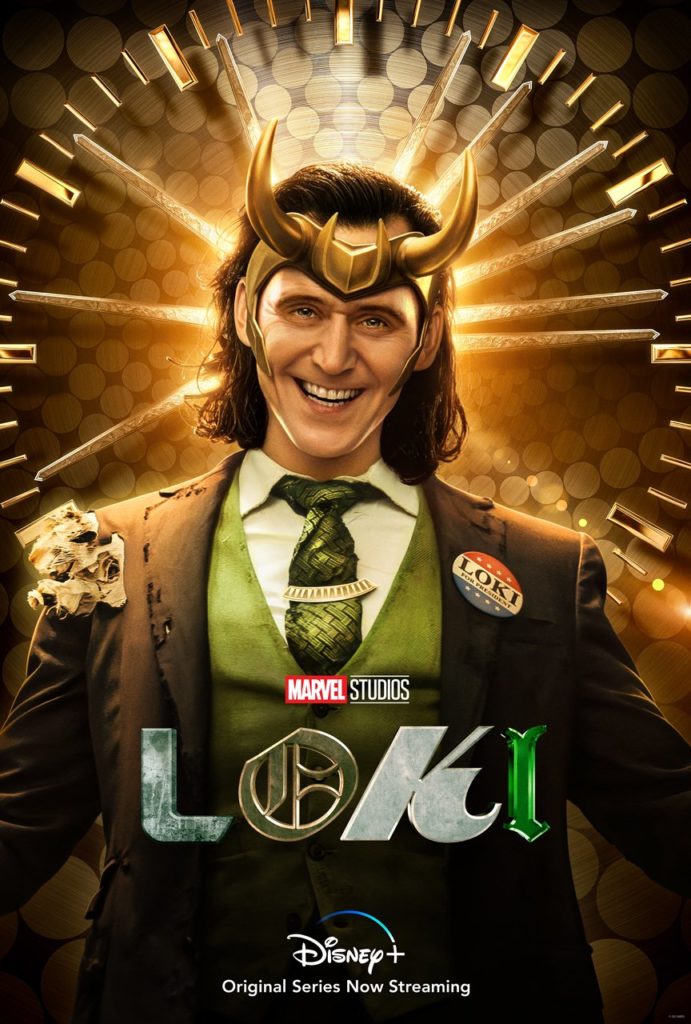 Even the savior, President Loki, got a new poster today! This costume comes from a 2016 comic entitled “Vote Loki.” In this series, Loki runs for president on the platform that he has “the guts” to outright lie to the American people while other politicians will pretend to be telling the truth. Loki’s green tie and vest have seen better days, but he gets this vote for one of the best additions to the Disney+ series. 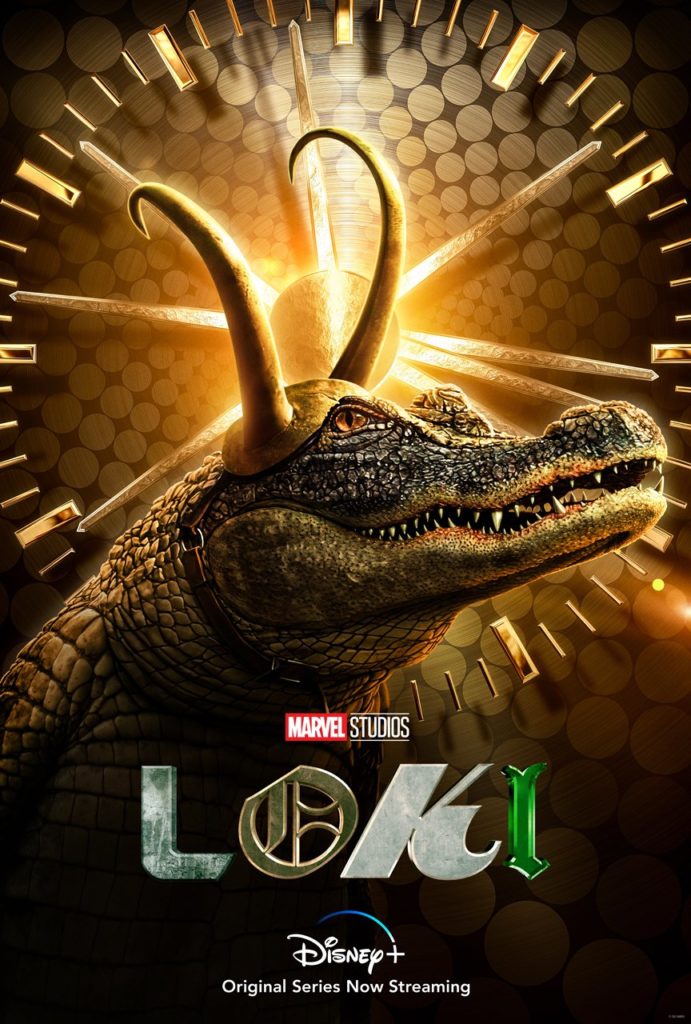 No poster set would be complete without the Internet sensation Alligator Loki. While some assumed he was simply a pet of Kid Loki, it was confirmed recently that he is in fact a variant Loki. This character has no precedence in the comics; however, the appearance of Throg (Frog Thor) in the floorboard gag of the episode perhaps indicates that he was turned into a gator at some point. Alligator Loki has Classic-Loki level horns while otherwise just looking like a normal alligator. Given his popularity, this poster hopefully is not the last that we have seen of this rogue reptile.

These Lokis? Legendary. Prepare for the finale of Marvel Studios’ #Loki with the first five episodes, now streaming on @DisneyPlus. (1/3) pic.twitter.com/GmcRkcyS8v

With any luck, these posters serve a glorious purpose as fans wait for the finale of the hit Disney+ original series. Wednesday morning certainly cannot come soon enough!