Walt Disney Archives: A Look Back At The Beginning

The Walt Disney Archives looks back at its own history…

It’s a losing bet. Tweeting out a photo of a newsletter is not a recipe for interaction. But, add a little pixie dust and here we are.

To celebrate the 51st anniversary of the Walt Disney Archives, we’re looking back at the historical beginnings of our department. Check out our latest Spotlight article to learn about our founding. https://t.co/saI3QcAPLU pic.twitter.com/1JXQ0H3Xh9

Yes, it’s a photo of a newsletter. But it’s a historical piece, for sure.

I stopped in my tracks and looked closer at the prose: 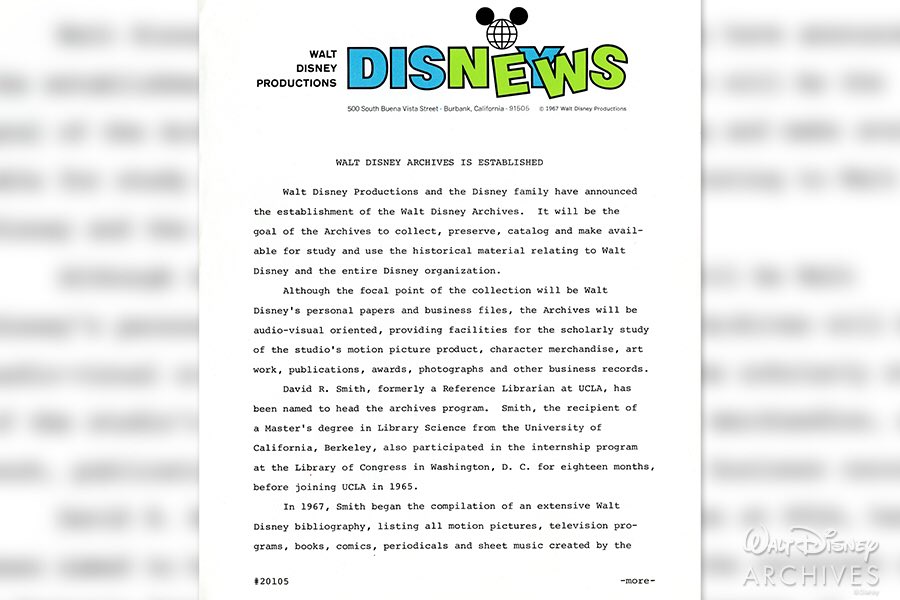 Walt Disney Productions and the Disney family have announced the establishment of the Walt Disney Archives. It will be the goal of the Archives to collect, preserves, catalog and make available for study and us the historical material relating to Walt Disney and the entire Disney organization…

And the rest is, well, you know – history.

BTW: Take a look at the masthead:

Do you see the “Disney” and the “News”

Awesome design. But I digress. 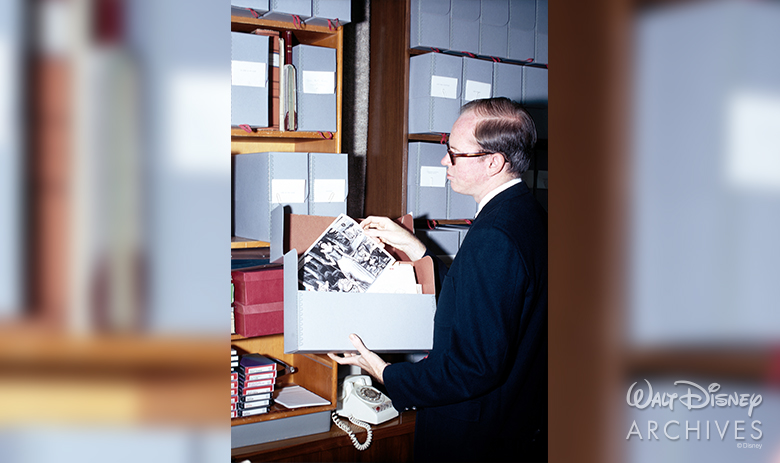 The Archives own Kimi Thompson, and Ed Ovalle of the wrote:

Our story begins with none other than our founder, Disney Legend Dave Smith. A Southern California native and UCLA reference librarian, Dave began his research on Walt Disney Productions (known today as The Walt Disney Company) after expressing an interest in compiling an extensive bibliography on Walt Disney himself. He received project approval from the Company in 1967 and spent more than a year researching all Disney publications and productions.

One of the most important projects Mr. Smith would tackle was the cataloging of Walt’s offices and rooms in the old Animation Building. 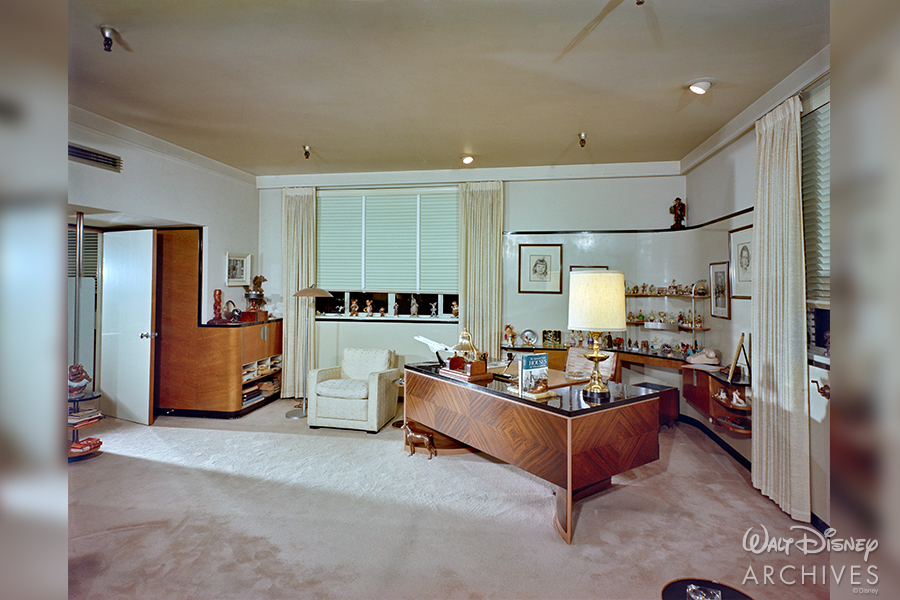 According to D23.com, after Walt Disney passed in 1966, his office was essentially left as is. Fulfilling the wishes of Walt’s brother Roy O. Disney, plans were made to photograph and make a listing of everything in the rooms.

“I went and listed every chair and table and desk, but also every book on the bookcase, and every paperclip in the desk drawers and all that sort of thing.” 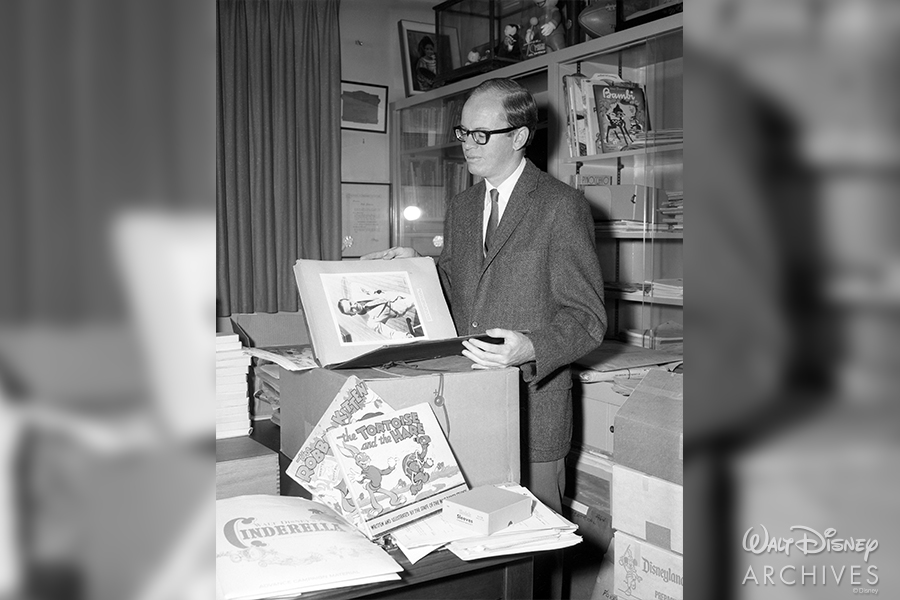 With that, the Archives were established and, today, continue to collect the history of The Walt Disney Company.

Learn more by visiting D23.com and keep it here for all the latest on Disney Parks and projects.