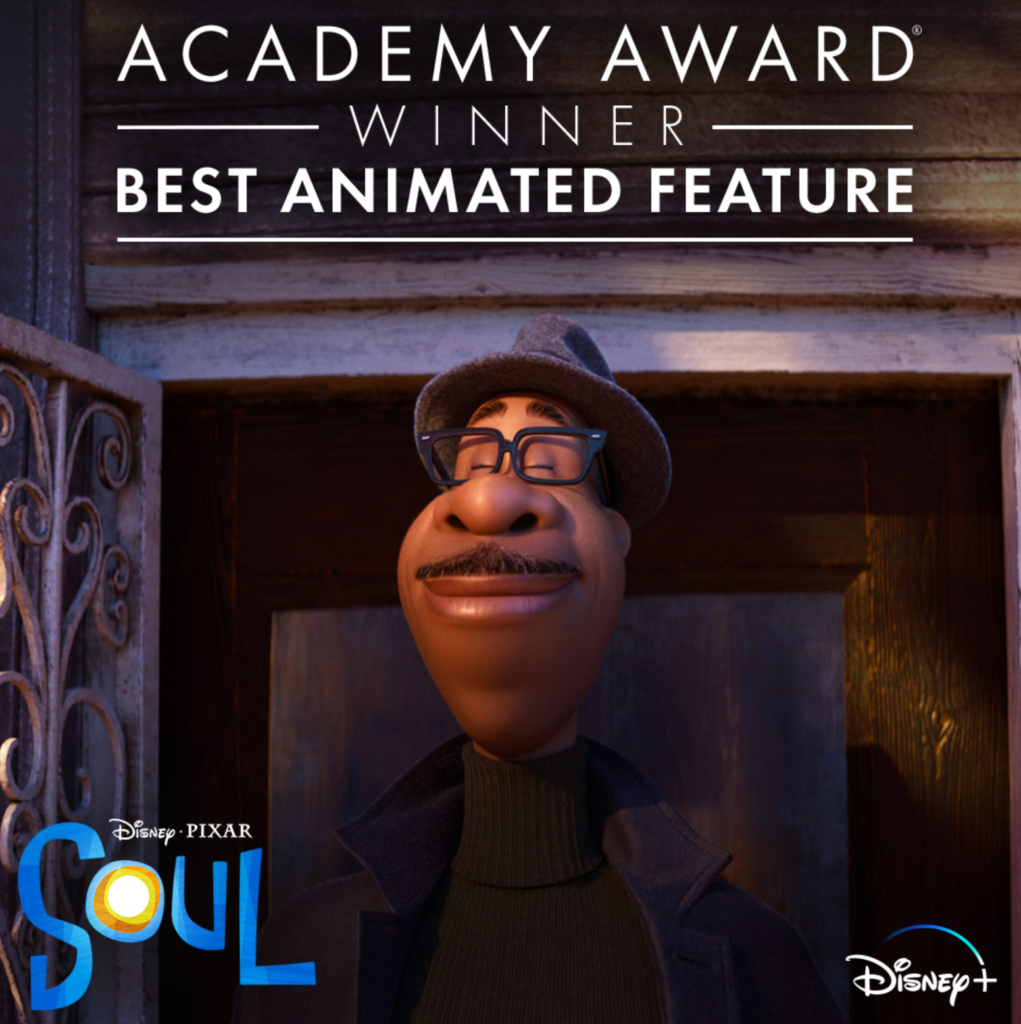 “If Anything Happens I Love You” took home best animated short while “Soul” grabbed the big prize. It marks the 11th time a Disney/Pixar project has won the category. Director Pete Docter ended his acceptance speech with a quote inspired by jazz musicians: “Whatever we have, wherever we are, turn it into something beautiful.”

Congratulations to the entire cast and crew of #PixarSoul on winning the Academy Award for Best Animated Feature! #Oscars pic.twitter.com/gRogOShQ0c

The film won awards for:

For those unfamiliar Soul follows Joe Gardner (voiced by Jamie Foxx) who is a middle-school band teach with a dream to play at the best jazz club in town.  However, on the day that he’s about to get his big break a tragic accident takes him from the streets of New York City to The Great Before.  This is a place were new souls get their personalities, quirks, and interests before heading to earth! Determined to return to earth Joe teams up with a soul simply called 22 (Voiced by Tina Fey) who has never really understood what was so great about being human.  Joes takes it upon himself to show 22 what’s great about living and discovers some important things about himself along the way!

Soul is available to stream NOW on Disney+