We’ve got some very exciting news Disney friends! During this morning’s GMA, Disney officially announced plans for a 50th Anniversary Celebration at Walt Disney World Resort that is nothing short of magical. 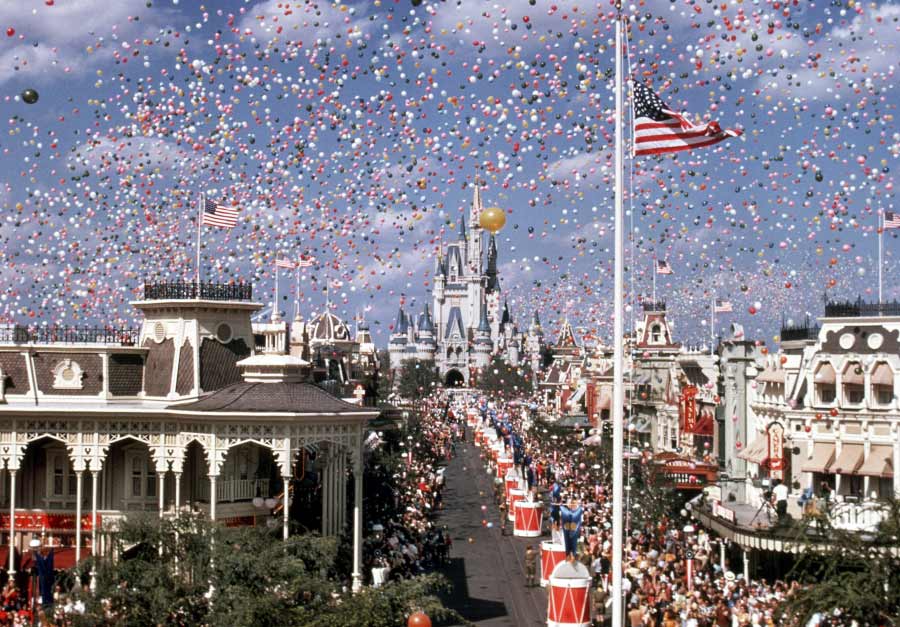 Magic Kingdom first opened its gates at Walt Disney World on October 1, 1971 and this beloved theme park will remain at the heart of Disney’s 50th Anniversary celebrations which are kicking off on October 1, 2021!

Dubbed “The World’s Most Magic Celebration” the event will be bringing new experiences to all four Disney theme parks and beyond!  Disney has even come up with a new term “EARidescence”: to describe what guests will see when they visit!  This 18-month celebratory event will feature new experiences at the resort’s four theme parks and beyond, where shimmering EARidescent décor will appear as if by magic.

Cinderella Castle will remain a focal point and will be adorned with accents that pay tribute to this iconic landmark’s 50th Anniversary!  The castle will add to its royal makeover from last year and will feature golden bunting and a 50th anniversary crest as part of its festive new look.

Once the sun sets, Cinderella Castle will come to life where it, along with landmarks from the other four Disney theme parks will be transformed into Beacons of Magic!

Disney teams have been working on new decorations that will shimmer and sparkle throughout the day and night!

We think you’ll agree that this incredible transformation is nothing short of stunning. 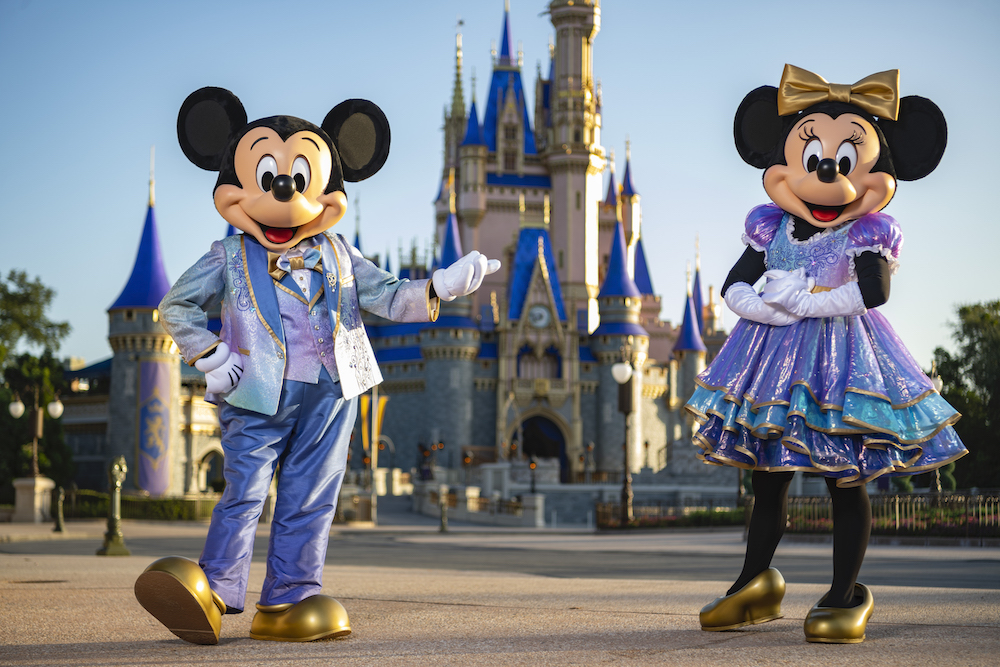 It wouldn’t be a 50th Anniversary at Walt Disney World without this beloved Master of Ceremonies.  As iconic as the theme parks themselves, Mickey Mouse as well as Minnie will be given a new look that pays tribute to this year of celebration. Their new costumes are a vision of radiant purple, blue and golden details with stunning embroidery and accents that pay homage to Cinderella Castle’s stunning transformation

A Celebration Across All Four Theme Parks

The festivities for Disney World’s 50th Anniversary aren’t just limited to Magic Kingdom.  Disney has incredible plans afoot for all four theme park here’s a glimpse of what you’ll find at each.

Maximize the Tower of Terror video below to get a first look at it’s 2021 makeover!

As you can see, the Hollywood Tower will be enriched with the beautiful Earidescent 50th Anniversary colors!

Animal Kingdom’s iconic Tree of Life takes center stage with magical fireflies adding an extra bit of whimsy after the sun goes down!

And at EPCOT, new lights will shine across the reflective panels of Spaceship Earth, connecting to one another and resembling stars in a nighttime sky. This permanent new lighting will continue beyond “The World’s Most Magical Celebration” as a defining feature of the park.

We here at MickeyBlog are filled with a wonderful sense of optimism and excitement at the year ahead!  You can keep tabs on all of the exciting happenings of Disney World’s Golden Anniversary by continuing to follow along with us.

SNEAK PEEK: @WaltDisneyWorld is celebrating 50 magical years and to mark the occasion, @Disney cast members are putting together “The Most Magical Celebration on Earth.”#DisneyWorld50@Ginger_Zeehttps://t.co/GDQpinQyVp pic.twitter.com/P9MWj5HexN

Thinking about a visit to Disney World? Vacation packages can currently be booked through June of 2022! With new policies and procedures in place for next year, there’s never been a better time to work with an Authorized Disney Vacation Planner who can help you navigate through Disney World’s new way of doing things! Just fill out our form HERE to get your FREE, no-obligation quote from the experts at MickeyTravels.