Disney Working on Moat Around Cinderella Castle at Magic Kingdom

If you’ve been following along with MickeyBlog you’ll know that Disney typically uses this time of year for routine maintenance around the theme parks. We reported earlier this week that Magic Kingdom currently has scrims up around the Castle Stage for work being carried out around Cinderella Castle. 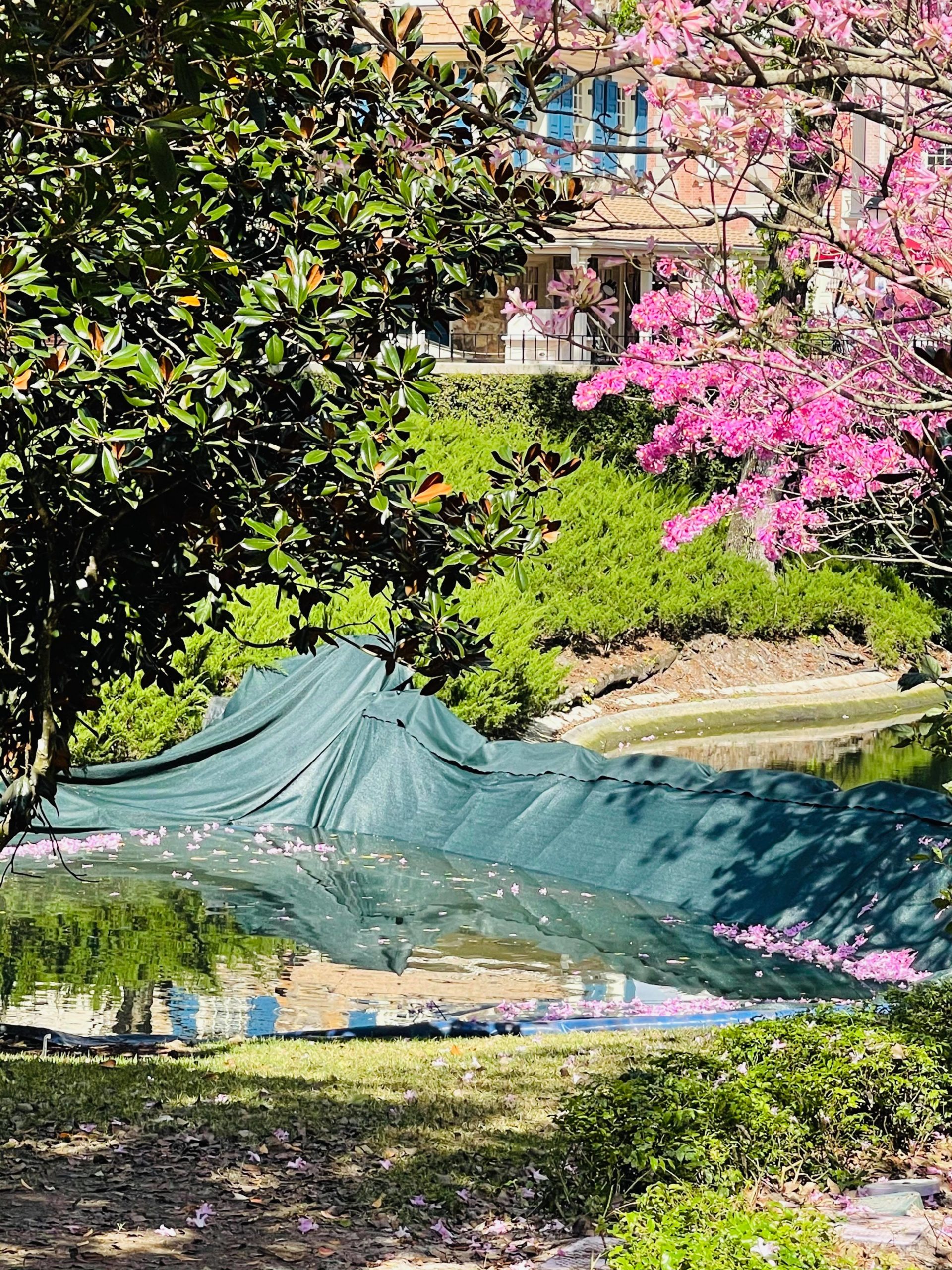 In addition, as you can see from these pictures we took today, the moat is also being drained around the castle. 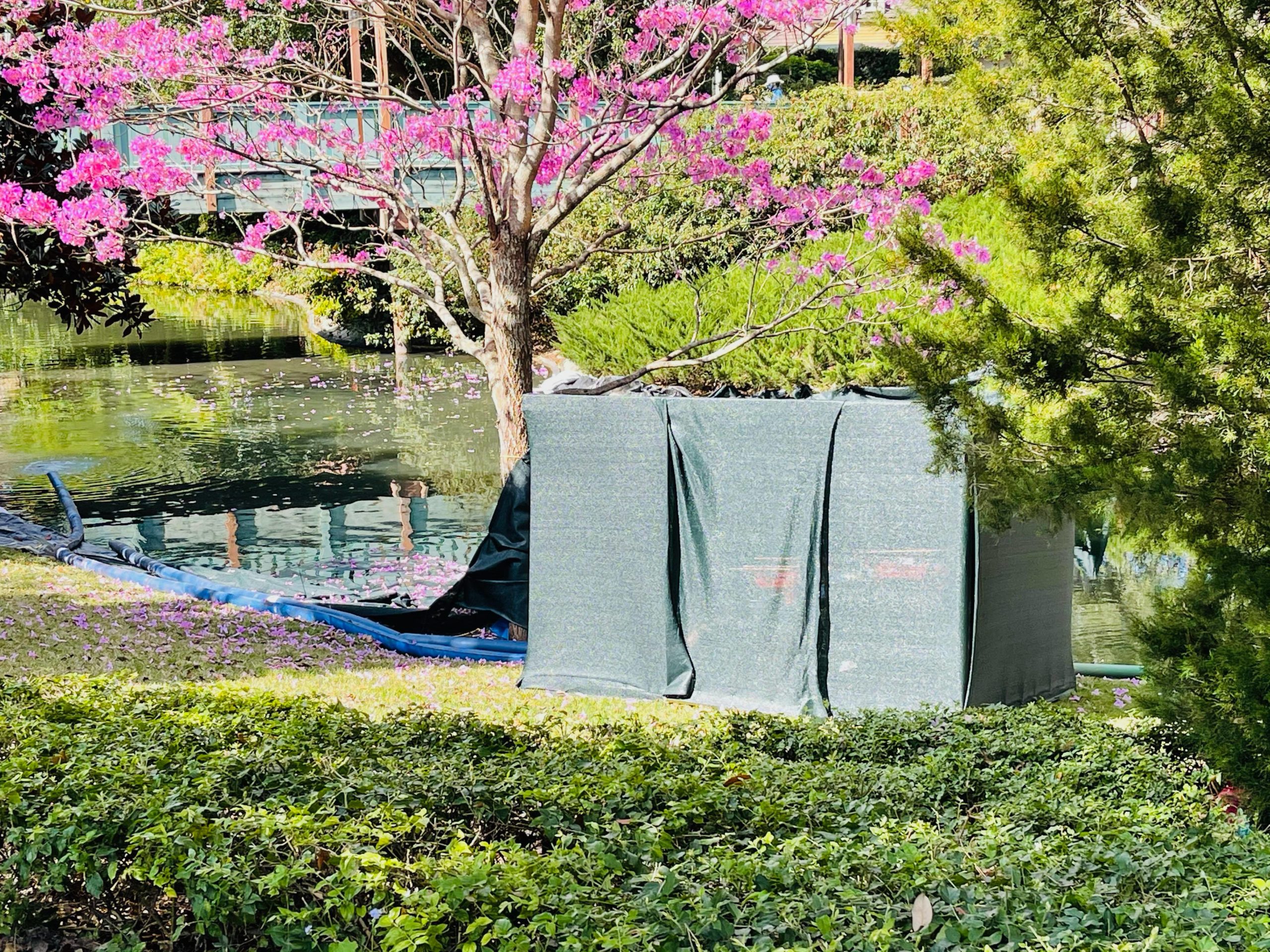 The images we captured were taken around the west side of the castle.  You can see the Liberty Square buildings in the distance. 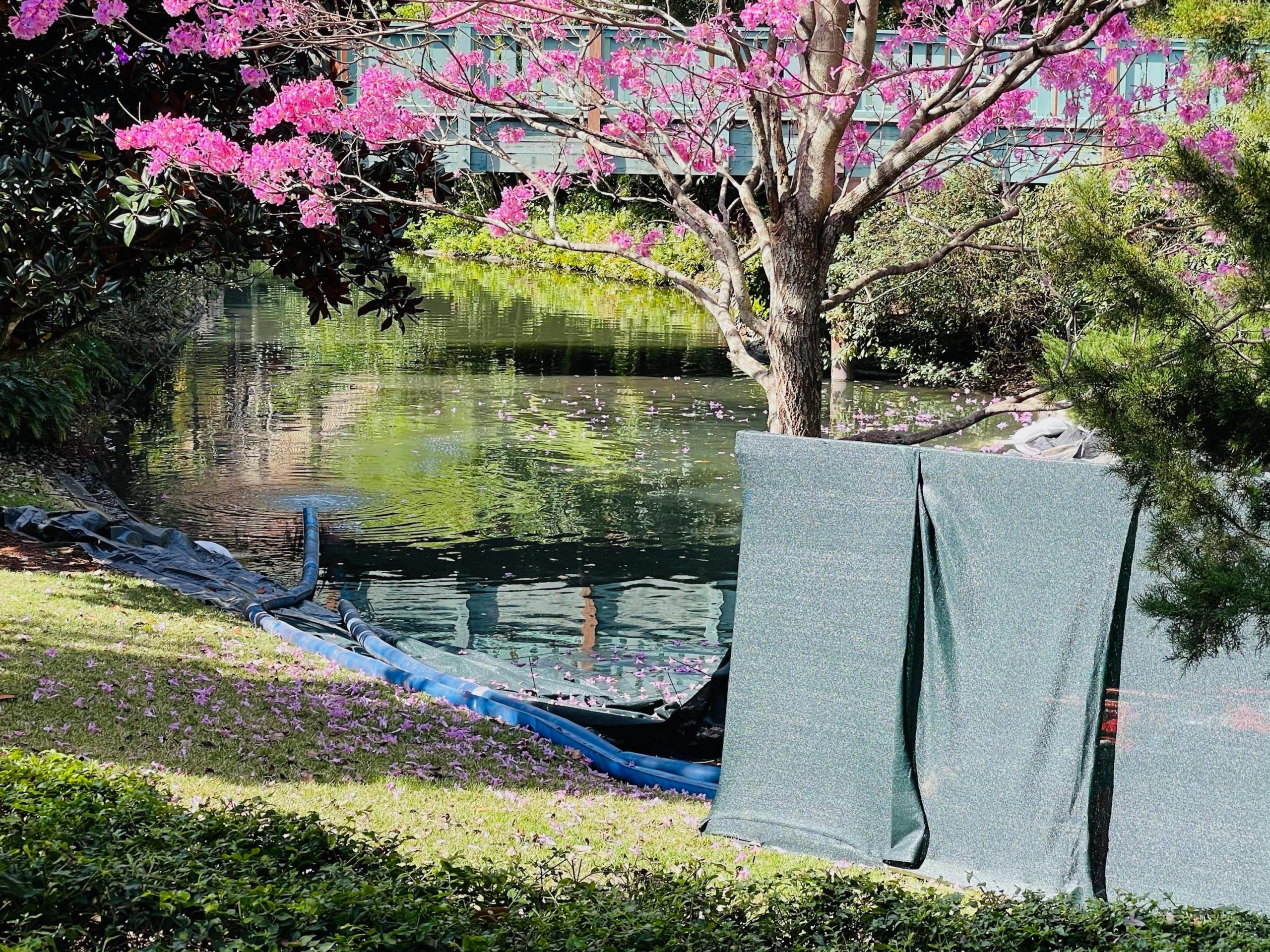 Disney hasn’t said specifically what it’s plans are for the moat area around the castle, but during this time of year its not uncommon for Disney to carry out some basic maintenance work before the Spring Break crowds descend. 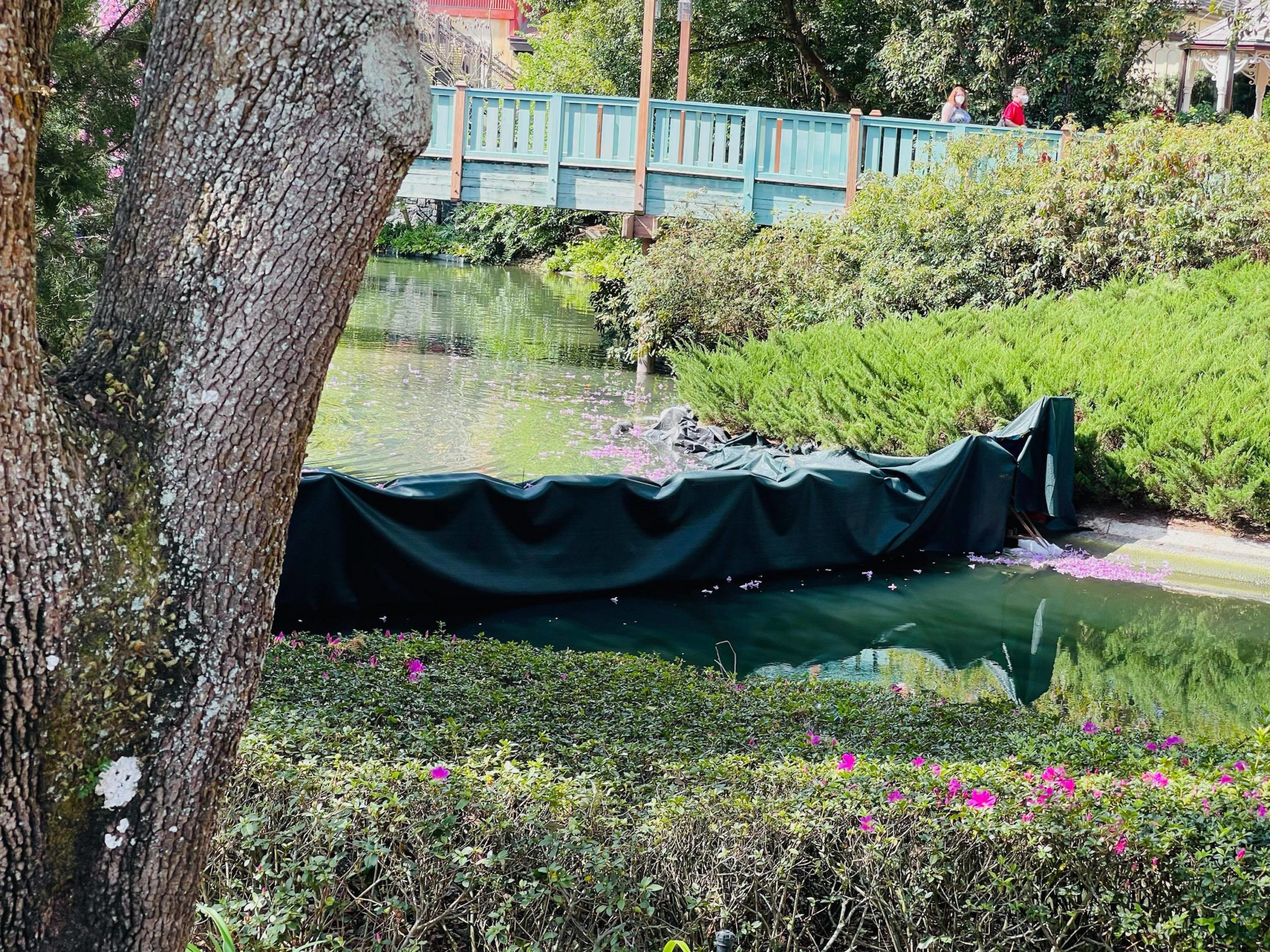 At the end of last year, Rivers of America was drained while Disney refurbished some of the buildings on Tom Sawyer Island and the Liberty Belle track. 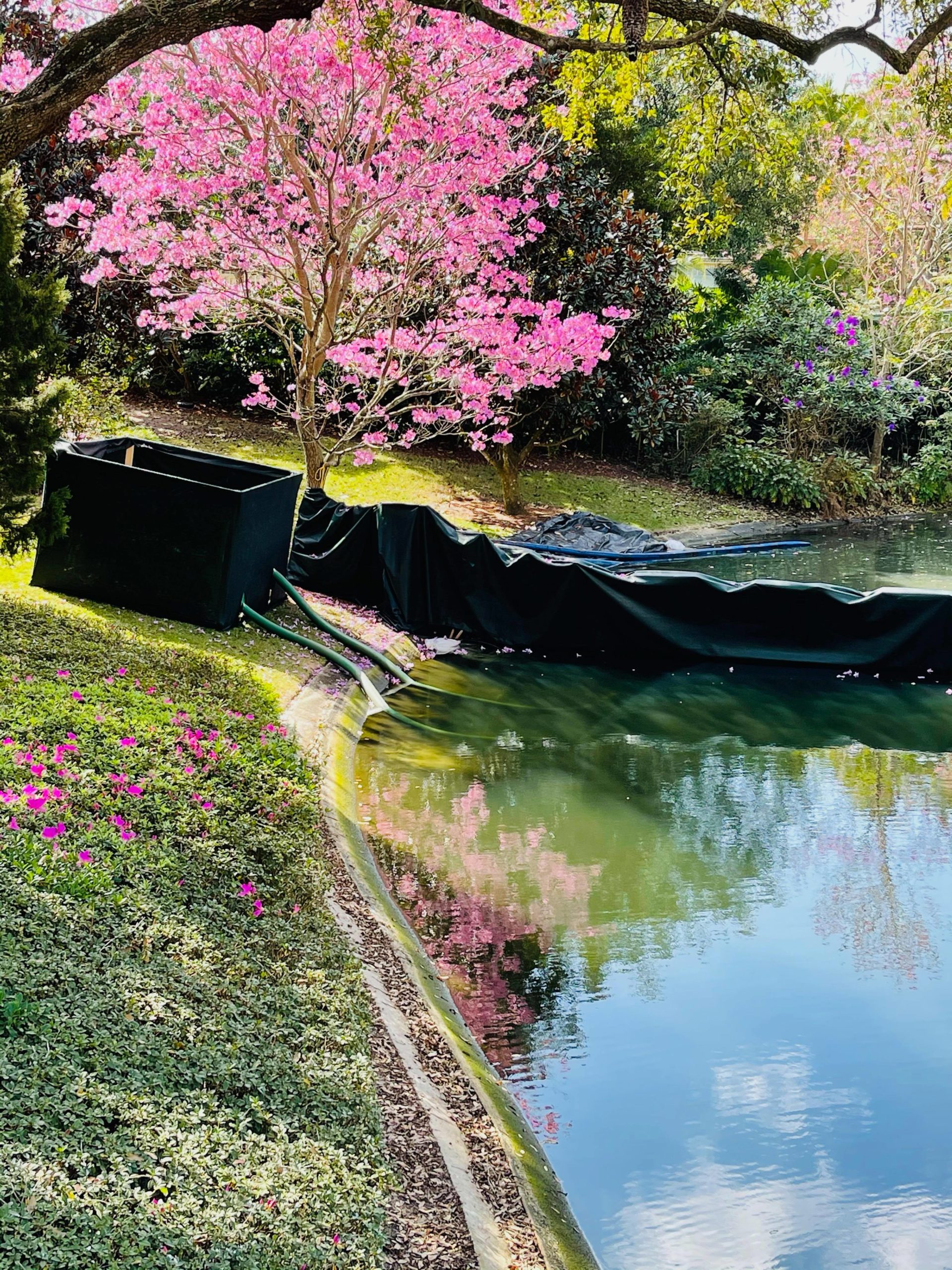 You can see the damns put in place above to block the flow of water along the canals during this process. 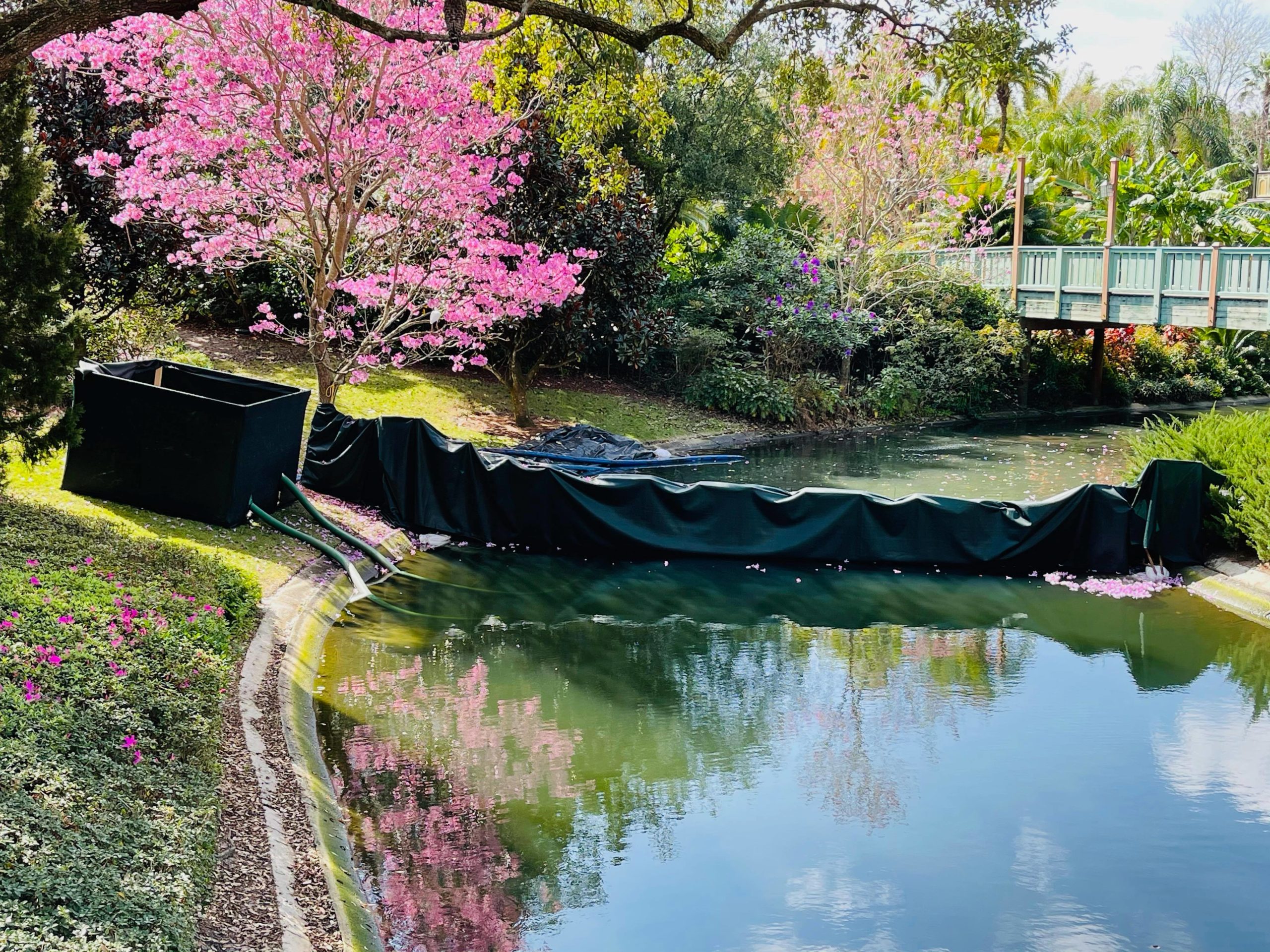 No timeline has been given for the work but as soon as we know more we promise to keep you in the loop. 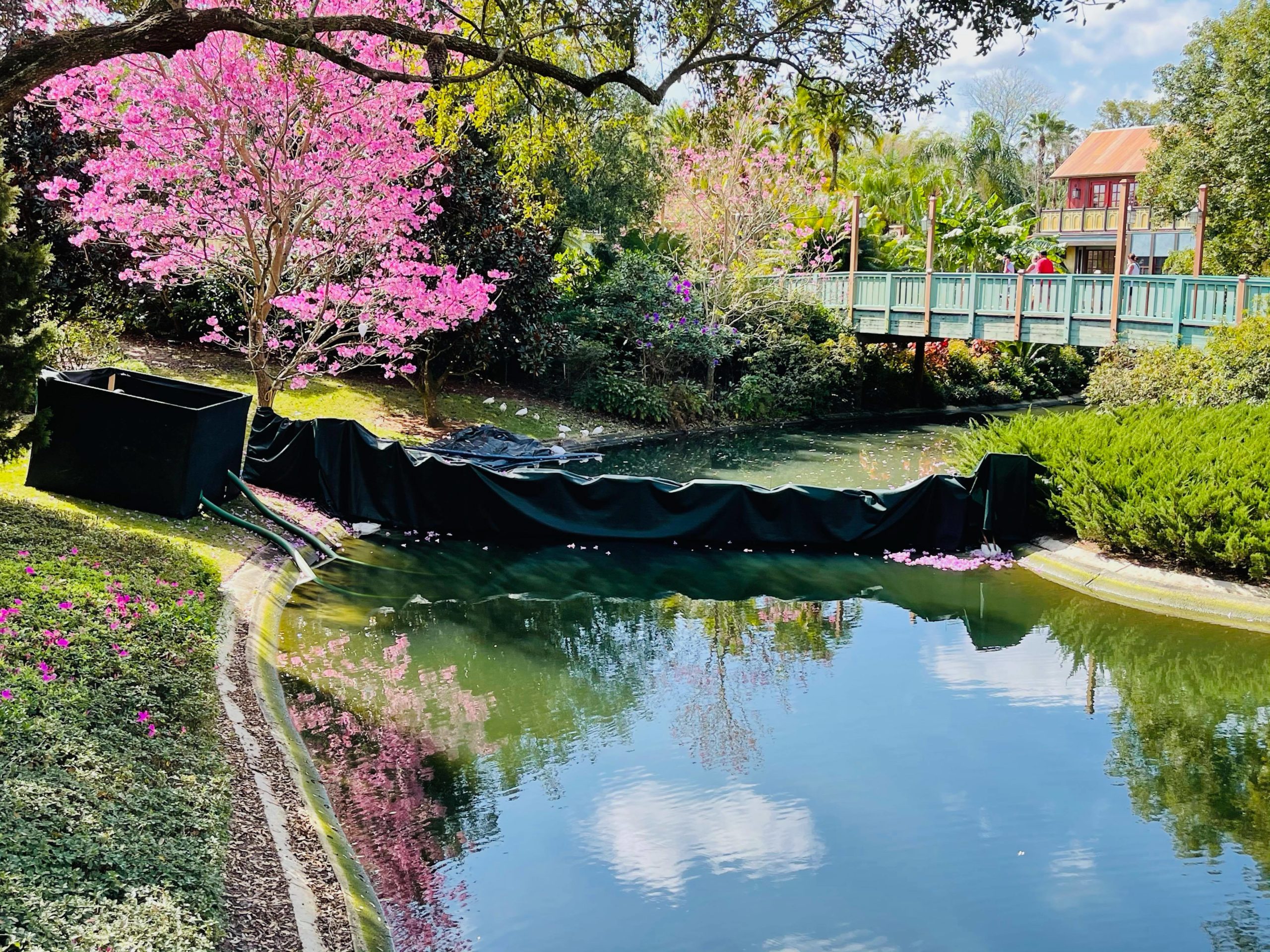 You can see all of the damns being put up along the canal. 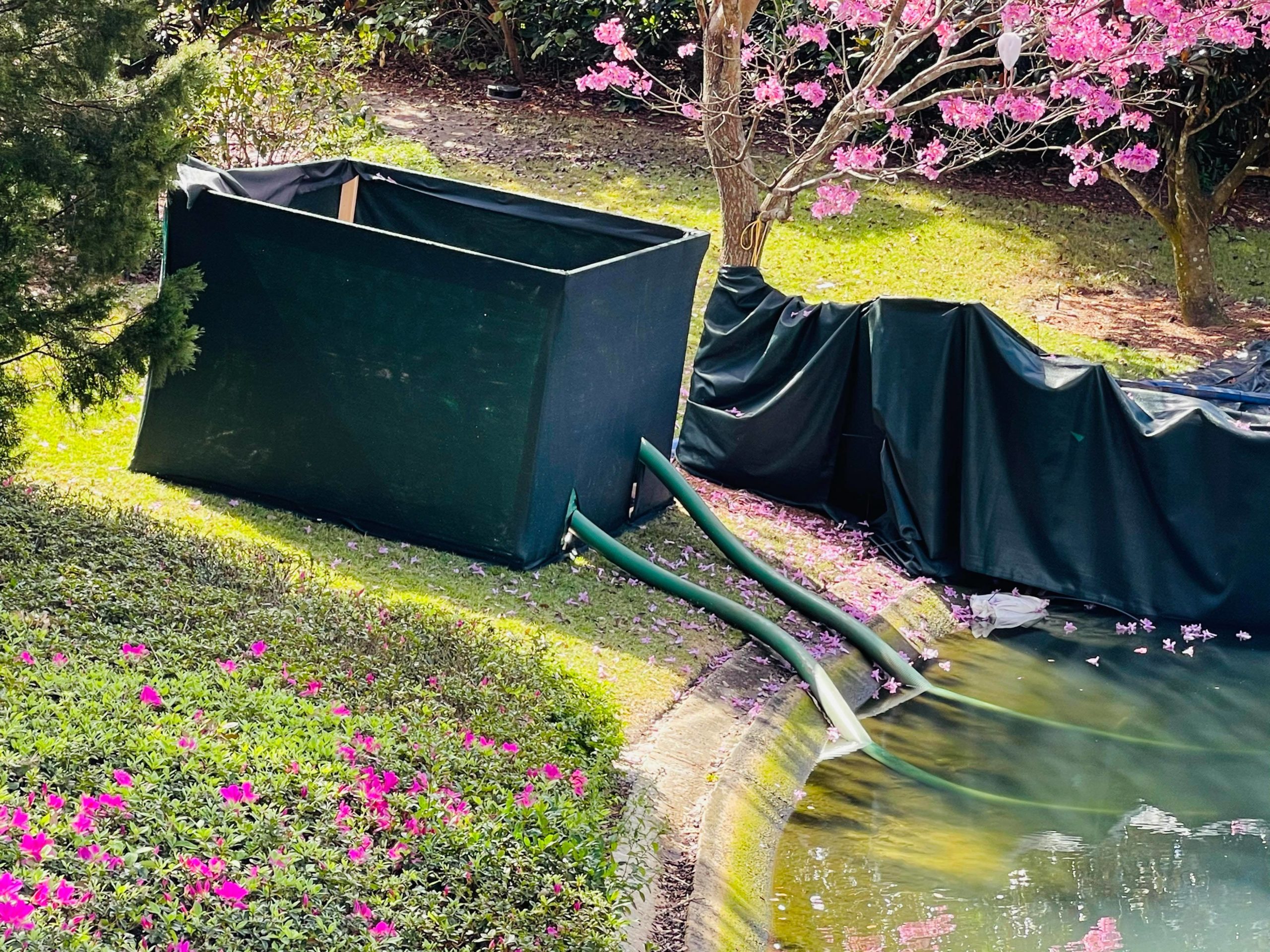 At the moment it looks like the area in front of Cinderella Castle is still filled. 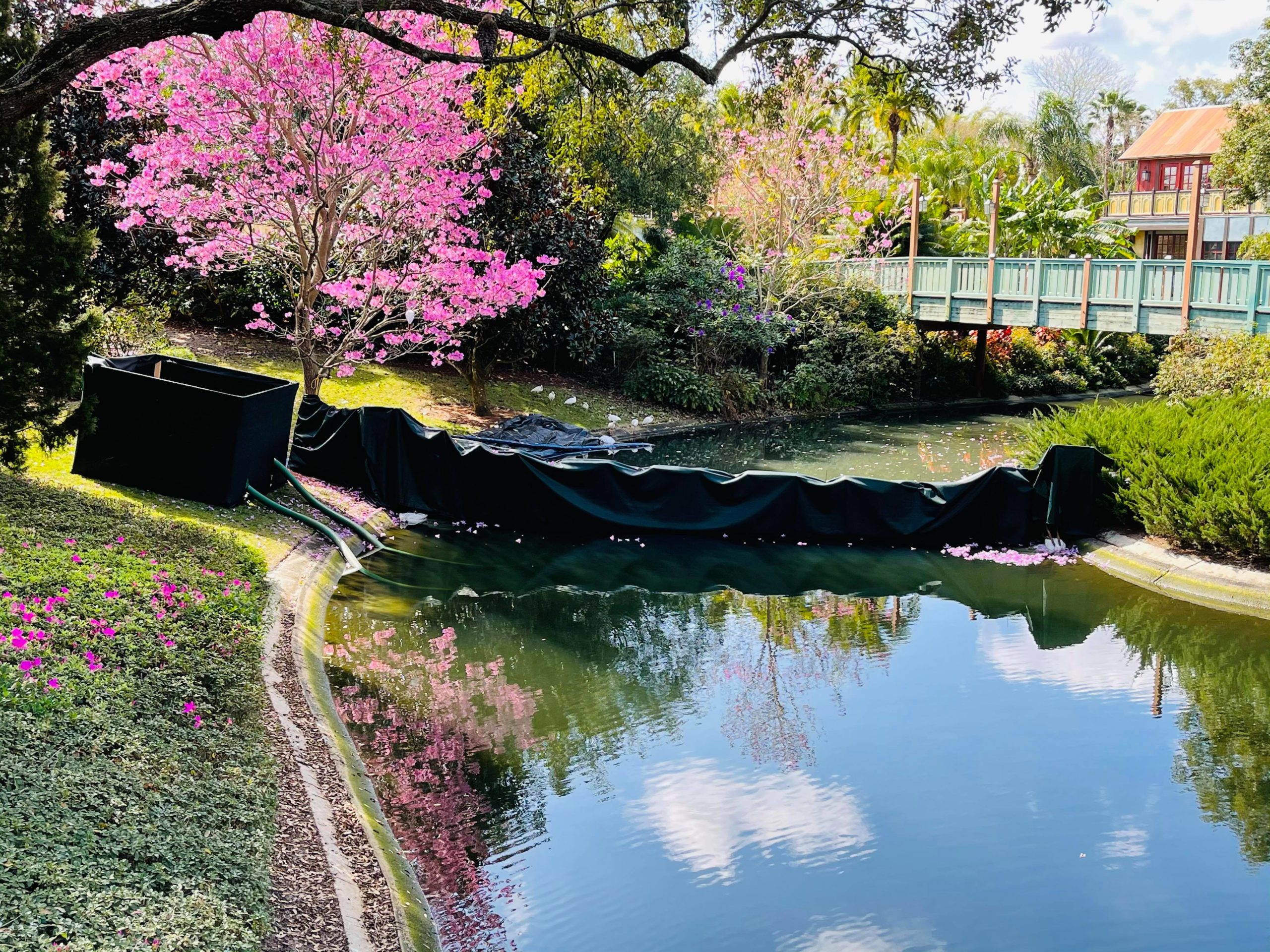 However, we aren’t sure of the extent of the work so its unknown how low the water level will get nor whether castle will be impacted. 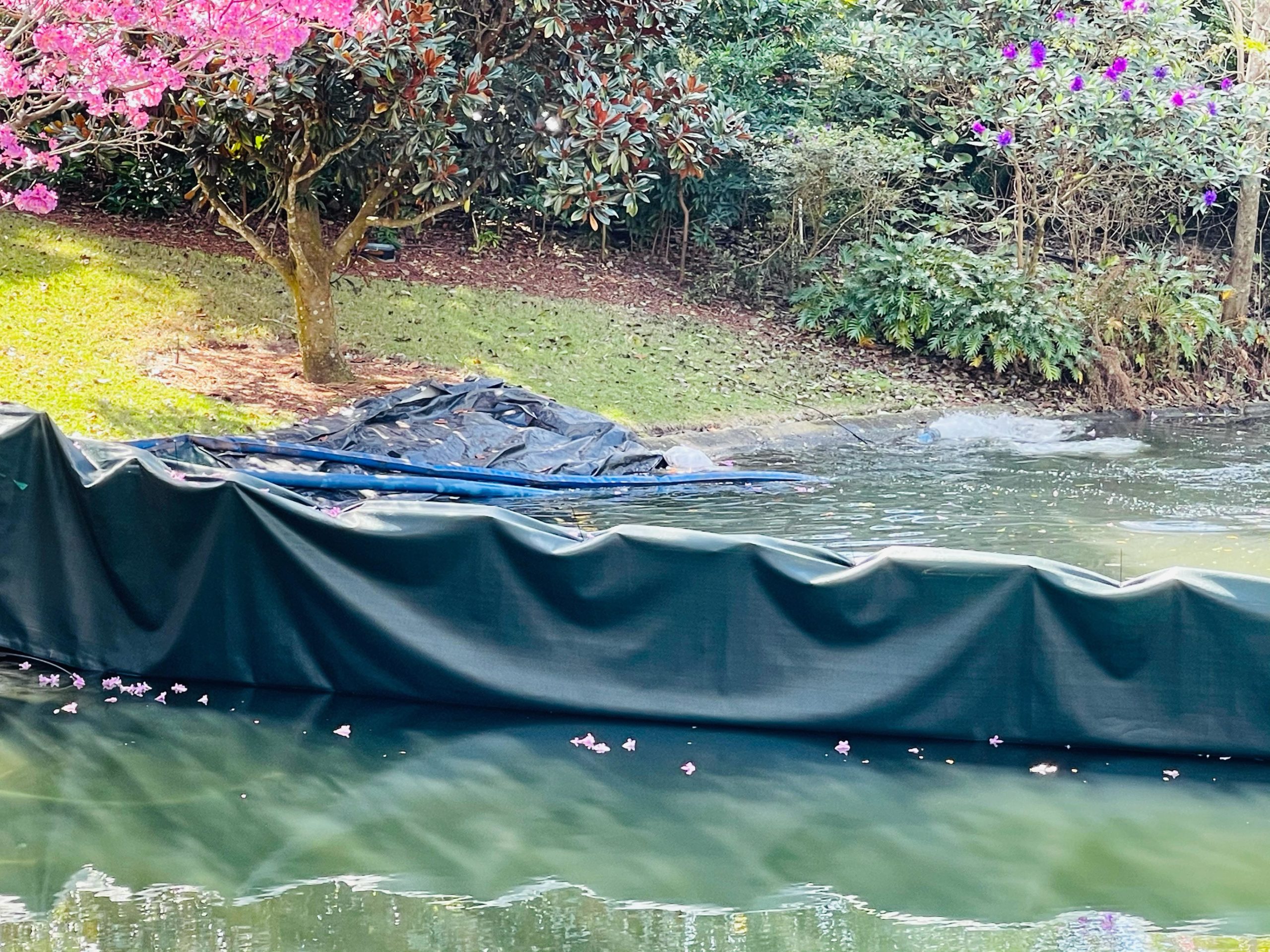 In addition to the work at the Magic Kingdom, “It’s Tough to Be a Bug ” at Animal Kingdom will also be down from March 8-10 for maintenance.  Scrims are also up around Peter Pan’s Flight at Magic Kingdom which is having some work done to its exterior. 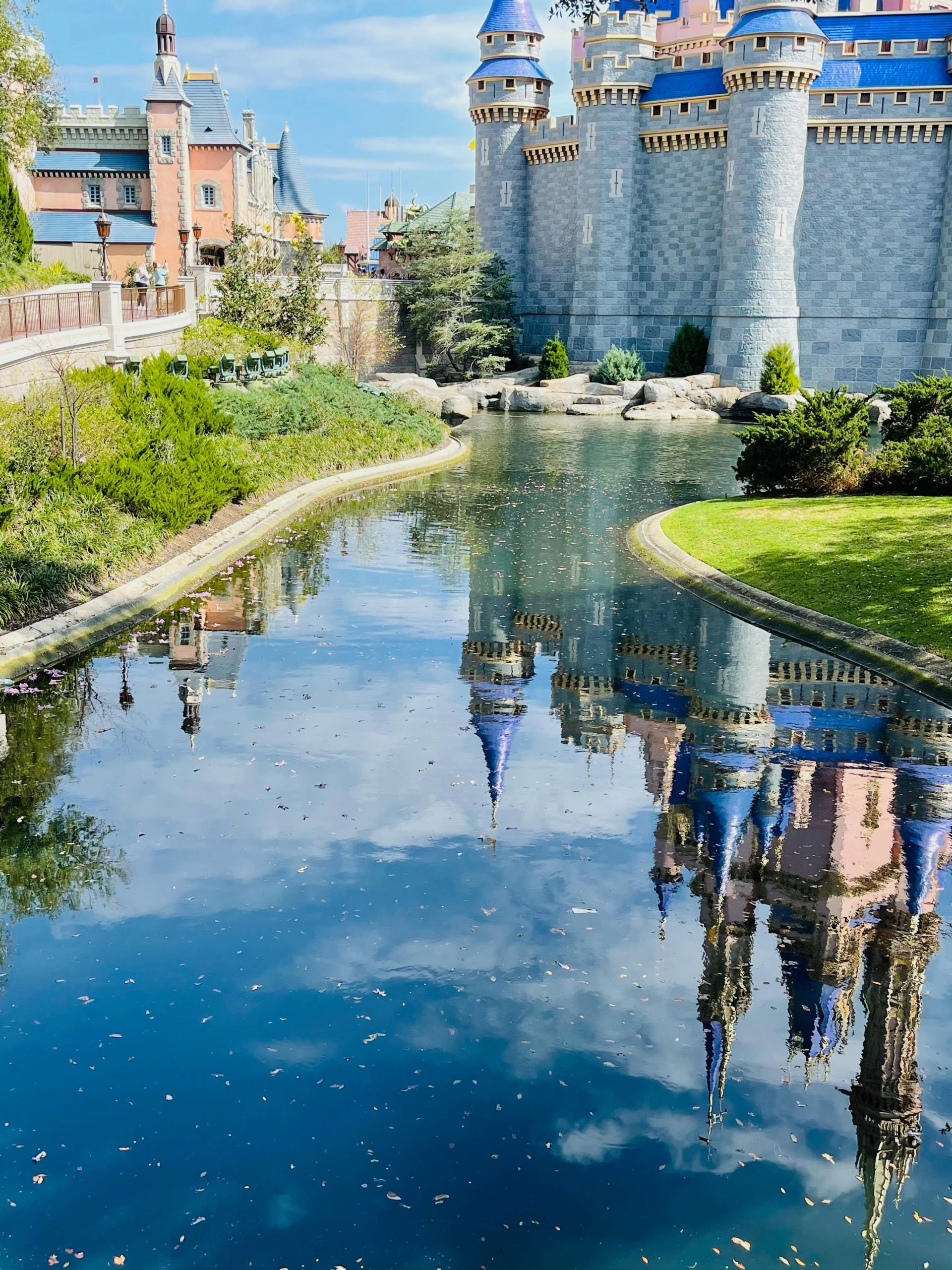 Readers are encouraged to keep following along with MickeyBlog where we’ll be coming to you LIVE! from the theme parks each and every week!

*Gift card values very depending on package.  Gift cards will be distributed after final payment on vacation package is made!