I am a HUGE fan of all things Marvel but wasn’t completely sold on the WandaVision series coming to Disney+ in January.  That is until I saw the recent trailers that have come out project. They are AMAZING!

The series follows the adventures of Scarlet Witch (played once again by Elizabeth Olsen) and her beau Vision (Paul Bettany) as they struggle to find time (and space) to have a life together.  Check out the trailer for the series that Marvel just released yesterday:

I’m sold!  This series is an important one as it is the first Marvel project created exclusively for Disney’s streaming platform, Disney+.  The show promises to be a blend of classic television tropes and the Marvel Cinematic Universe as these two super-powered beings try living idealized suburban lives.  As you can imagine, things don’t quite go according to plan.

The show is slated to debut on the Disney+ streaming network on January 15th.  For those following along with Marvel, you’ll know that Wanda (AKA Scarlet Witch) is an Avenger with telekinesis and telepathy.  Vision is a hybrid of J.A.R.V.I.S, the Mind Stone and Ultron.  The pair started a relationship back in Infinity War which ended abruptly when Vision was killed by Thanos…or did it!? 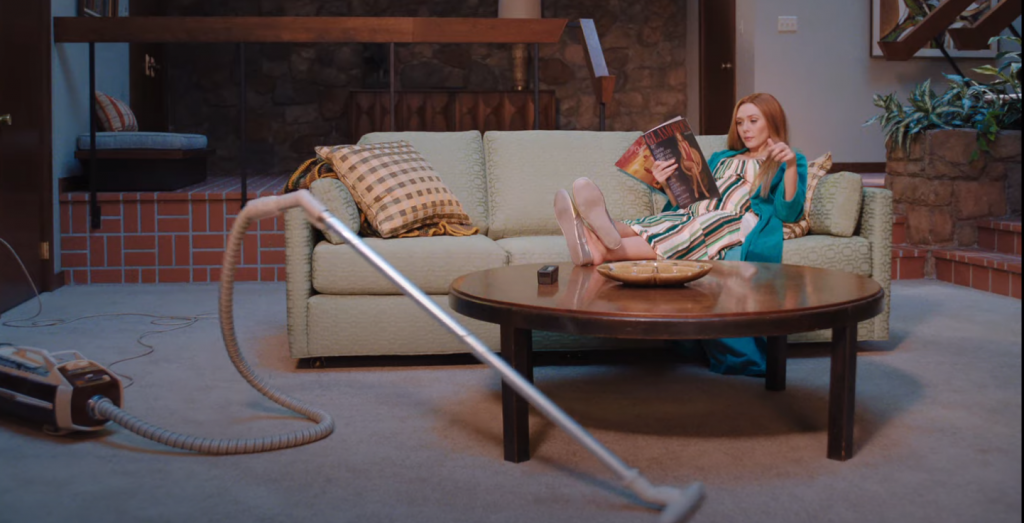 In addition to the two title characters, we know that the series will also feature Teyonah Parris in the role as an adult Monica Rambeau (daughter of Maria Rambeau who is besties with Carol Danvers AKA Captain Marvel.) Kat Dennings will also be playing Darcy Lucy (From Thor and Thor: The Dark World) and Randall Park will be back as FBI agent Jimmy Woo who was last seen in Ant-Man and the Wasp. Kathryn Hahn has also signed on as Wanda’s neighbor.

This is a story that we’ll be following closely readers are encouraged to keep checking in with MickeyBlog for further news and updates!