Have you checked out the new Disney+ film, Safety? It’s the amazing true story of Ray-Ray McElrathbey, a freshman football player for Clemson University, who secretly raised his younger brother on campus after his home life became too unsteady. But that’s not the only cool part of this movie. Even before production started, a focus on environment sustainability was at the forefront.

Filming took place at the campus of Clemson University in South Carolina as well as at locations throughout Georgia in Fall 2019. But, even before filming started a pre-production meeting was held to discuss environmental efforts while filming. Once production began, an Environmental Steward was hired to be on set every day to help implement best practices. The Environmental Steward elevated the environmental programs as they met with each department head and coordinated waste management efforts through the filming process.

While filming at Clemson, developing a close partnership with the school was key to the success of the production’s environmental efforts.

“Large productions and events held on campus can be a challenge when aligning core mission around sustainability and recycling. It was very refreshing to know when the Disney production staff came to Clemson University, there was knowledge and enthusiasm to help with the sustainability initiatives we already have in place. Because of that we were able to have great success overall” – Dave VanDeventer, Clemson University, Recycling Manager.

The Clemson team helped ensure each location had proper trash, recycling, and compost bins available to cast and crew. Recycling was pre-sorted at Clemson to minimize waste that was sent to landfill, while food waste was collected for their campus composting program. While at Clemson, the cast and crew filmed scenes during a live football game, which posed unique challenges from both a filming and sustainability perspective. However, as a testament to the coordinated sustainability efforts, Clemson did not see any negative impacts to their standard game-day waste diversion rate. Finding an outlet for inedible food waste can often be a challenge in Georgia due to limited infrastructure. However, by partnering with the film’s waste hauler, the production was able to identify a local farm that could process the food waste into compost. The compost can then be used to provide nutrients back into the soil.

Another common challenge for film productions is the reliance on diesel fuel which often contributes the highest percentage to a film’s carbon footprint. Diesel fuel is used across production for powering generators, cast trailers, and lighting. In order to reduce their carbon emissions, the production utilized three cast trailers that were powered by solar energy. Safety is the first Walt Disney Studios film to test this model of solar-powered trailers. The trailers were able to reduce the film’s reliance on diesel fuel, while also providing a quieter environment at base camp. 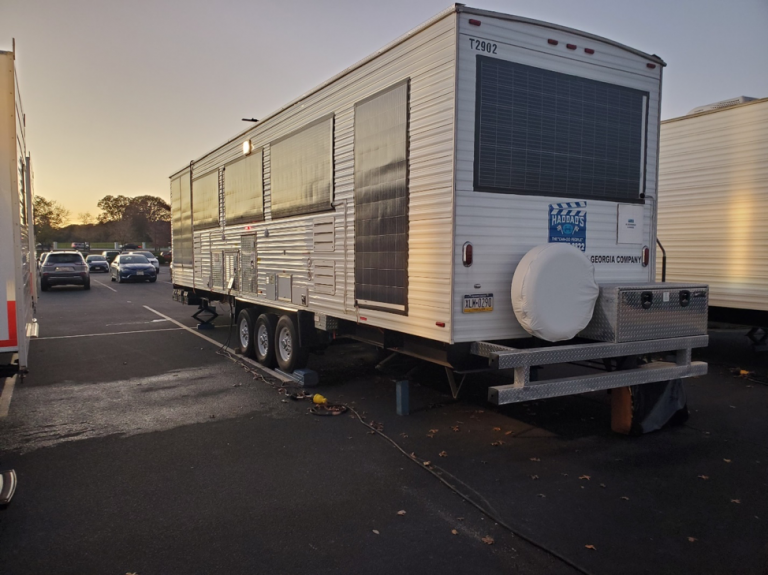 All of these efforts combined helped reduce the environmental impact of producing the film. In addition to the waste reduction and energy measures, other environmental practices were in place throughout every department of the production. Some of the highlights include: 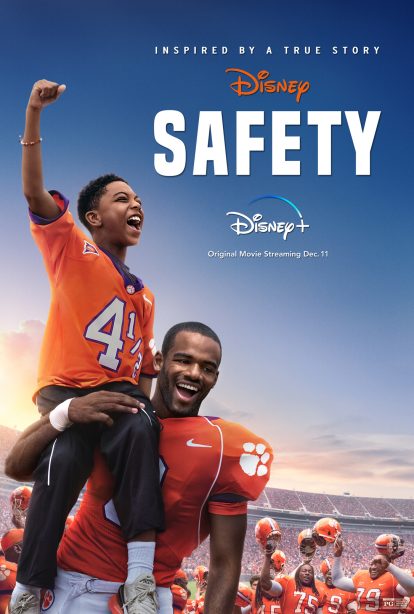