If you’ve been following along with MickeyBlog then you know that yesterday was Investor’s Day for the Walt Disney Company and with that came a whole host of incredible Disney movie news.

One of the exciting announcements was that Pixar is currently working on an ‘origin story’ for Buzz Lightyear and that Captain American himself- Chris Evans will be voicing the lead. 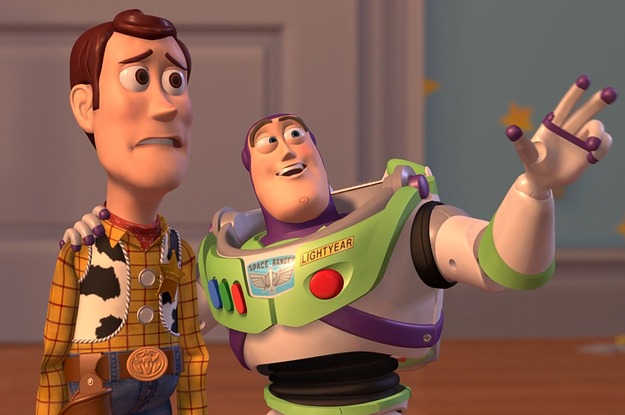 According to Pixar, the film, which is slated to hit theaters on June 17, 2020 will follow the young test pilot who became a space hero that inspired the Buzz Lightyear action figure that you know and love from the Toy Story films.  We also learned that Angus MacLane (director of Finding Dory) will be directing the film.

Pixar posted the following announcements regarding the film yesterday:

Here’s a first look of the young test pilot that became the Space Ranger we all know him to be today. Lightyear launches into theaters June 17, 2022. pic.twitter.com/Ho2ChPrQbx

The “Toy Story” prequel, which is due in theaters June 17, 2022, tells the story of a young test pilot that becomes the space ranger we know and love today.

Evans took to Twitter to express his speechlessness and to shed some light on why Tim Allen won’t be doing the voice work for the film.

When the announcement was first made regarding the film some Disney fans took to social media to question the fact that Evans was involved in the project and NOT Tim Allen.  Events reminded fans that he was representing the hero that inspired the toy and not the toy itself. Later on an Instagram post, Evans clarified further that he was nervous and excited about film due to Allen’s association with film.

In the post which you can see below Evans says, “My team could barely contain their excitement when they told me that Pixar had a pitch for me,” Evans wrote. “All they said was ‘Buzz Lightyear.’ I didn’t know what that meant, since Tim Allen is Buzz Lightyear, and no one could ever touch his performance. I needed to know how this character was different and why this story was worth telling.”

Evans continued: “I can say two things with absolute confidence. 1. I didn’t stop smiling through the ENTIRE pitch. Ear to ear. 2. Everyone can rest easy. And get very excited.”

Readers are encouraged to keep following along with MickeyBlog where we’ll be sharing even more exciting Investor’s Day insights!