Pirates Of The Caribbean: From Ride To Screen

How about this for some Sunday night distraction; made even better if you happen to have Disney+ at home. Screen Rant broke down each of the scenes, set pieces, and homages that made it from the rides to the screen in the Pirates of the Caribbean series. 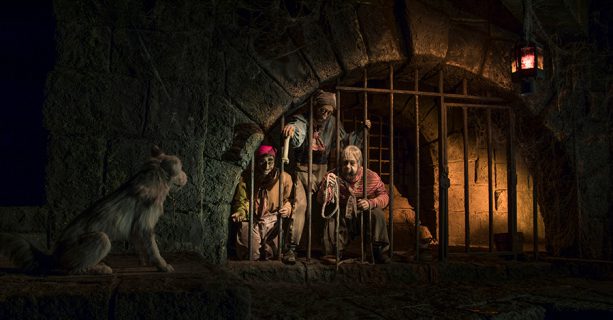 Here are three of the best inclusions from Fox’s list: 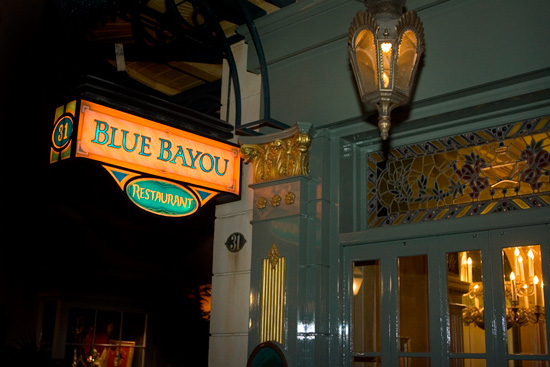 This calm, outdoor scene sets the mood for the ride and provides ambiance for the restaurant at Disneyland, but neither the bayou scene nor The Blue Bayou restaurant exists in the version of the ride at Walt Disney World in Florida. In Dead Man’s Chest, the crew visits Tia Dalma, who lives in a shack on a bayou – much like the one from Pirates of the Caribbean in Disneyland. The fireflies and trees surrounding Tia Dalma’s shack are also drawn from the ride. 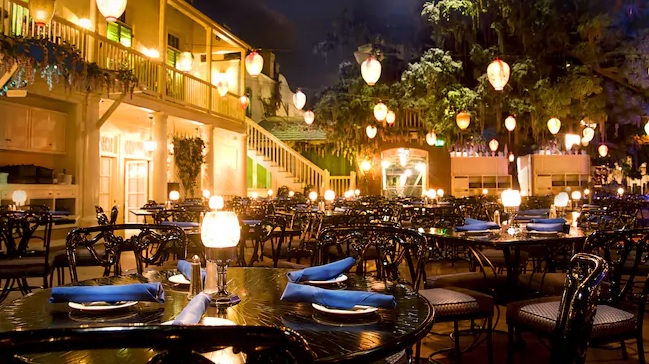 One of the skeletons from Dead Man’s Cove has a brief but obvious cameo in The Curse of the Black Pearl. When William Turner (Orlando Bloom) and Jack Sparrow sail up to the beach at Isla de Muerta, there is a crab-covered skeleton with a sword through its back. This foreshadows Jack’s betrayal, but it’s also a reference to Pirates of the Caribbean in Disneyland. 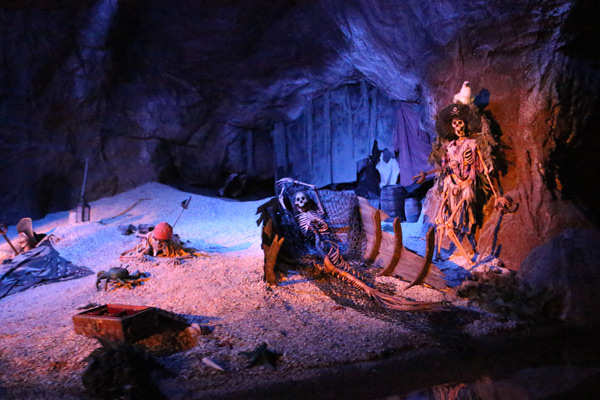 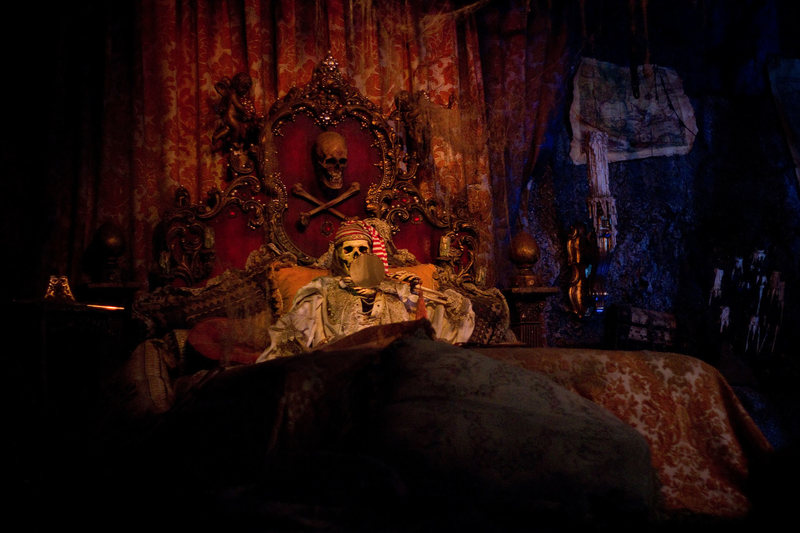 One of the few overt references to the ride in On Stranger Tides occurs toward the end of the movie. There is a scene on board the Santiago where Jack and Barbossa are shown sitting on a bed with a skull mounted on the headboard and the skeleton of Ponce de Leon between them – map and magnifying glass in hand. 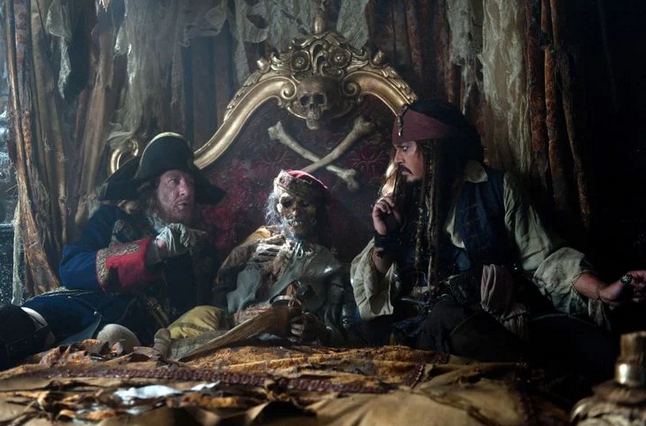 Again, those are just three snippets from a very solid post from Ms. Fox. Be sure to check it out.

So, what is your favorite inclusion from the Pirate rides in the parks to make it to the movies?

Tags: Disney WorldDisneylandPirates of the Caribbean