Dumbo the Flying Elephant at Disneyland Park has officially become a senior citizen? Can you believe it!?

This beloved attraction featuring characters from Walt Disney’s 1941 animated film “Dumbo” has been soaring into hearts since it opened on this day six and a half decades ago!  This high-flying adventure brings us into Dumbo’s circus world and if you look closely there are special details found within the attraction that offer an extra dose of Disney magic! 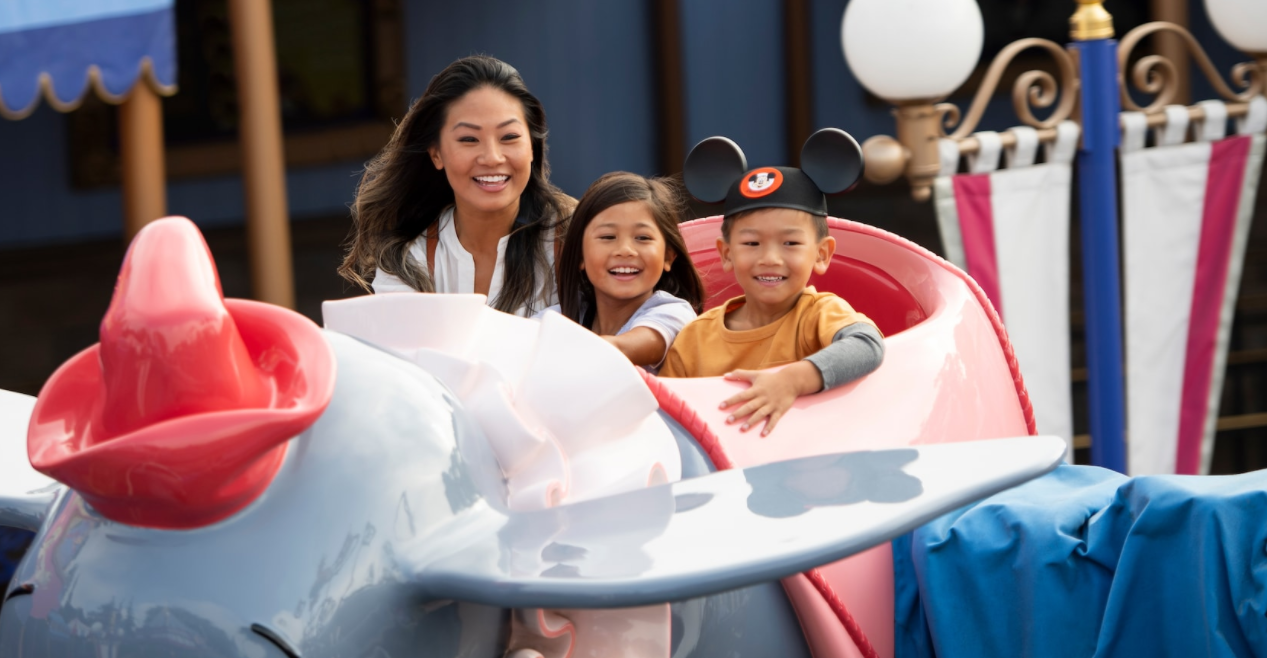 We Disneyland reopens be on the lookout for an antique brand organ located under the circus tent just behind the flyers.  In the center of the “ring” Dumbo’s pal Timothy Q. Mouse directs the action with a bit of help from his “magic” feather.

Going for your first ride on Dumbo has become a Disneyland rite of passage for visitors of all ages. As part of Disneyland’s remodelling of Fantasyland back in 1983, Dumbo was actually moved from the west side of Fantasyland to its current location.  Another enhancement was made in 1990 when six elephants were added to the attraction for a total of 16 colorful pachyderms.  Another momentous occassion was in 2005 when, in honor of Dumbo’s birthday, a ride vehicle was actually donated to the Smithsonian National Museum in Washington D.C. where it has pride of place among their massive collection.

Disney released a video for the rides 55th Anniversary 10 years ago. Let’s take a look:

Isn’t that lovely! The ride debuted almost exactly a month after opening day of Disneyland. The baby elephants can fly as high as 17 feet and similar versions of the attraction can be found at Magic Kingdom, Tokyo Disneyland, Disneyland Paris and Hong Kong Disneyland!  Also, as Disney lore goes, President Harry S. Truman visited the park back in 1957 and refused to ride Dumbo because he (a Democrat) felt that it was too much of a republican symbol!

Happy birthday Dumbo! We here at MickeyBlog are said that we can’t be at a reopened Disneyland to celebrate with you but have no doubt you’ll be taking to the skies soon!