Disney has just completed another eventful week. We’ve had resorts reopen, parks schedule their returns, and Disneyland kicks the can down the road.

So, we’ve got plenty of updates you’ll need to read in the latest MickeyBlog News update. 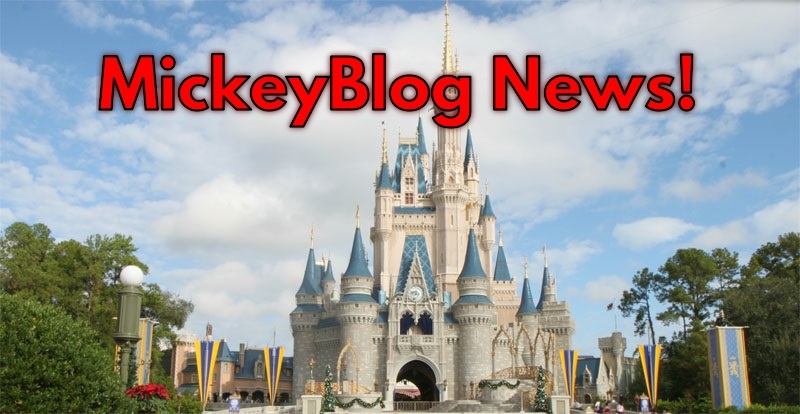 I can’t sugarcoat this one, and I feel terrible about it. I only recently gave you hope that the Happiest Place on Earth would come back soon.

Disney executives had chosen July 17th as the return date at Disneyland.

The timing seemed perfect, as that day would have signified the 65th anniversary for the park.

Alas, Disneyland won’t reopen on its intended/announced date. The decision comes from the state of California more than company executives. 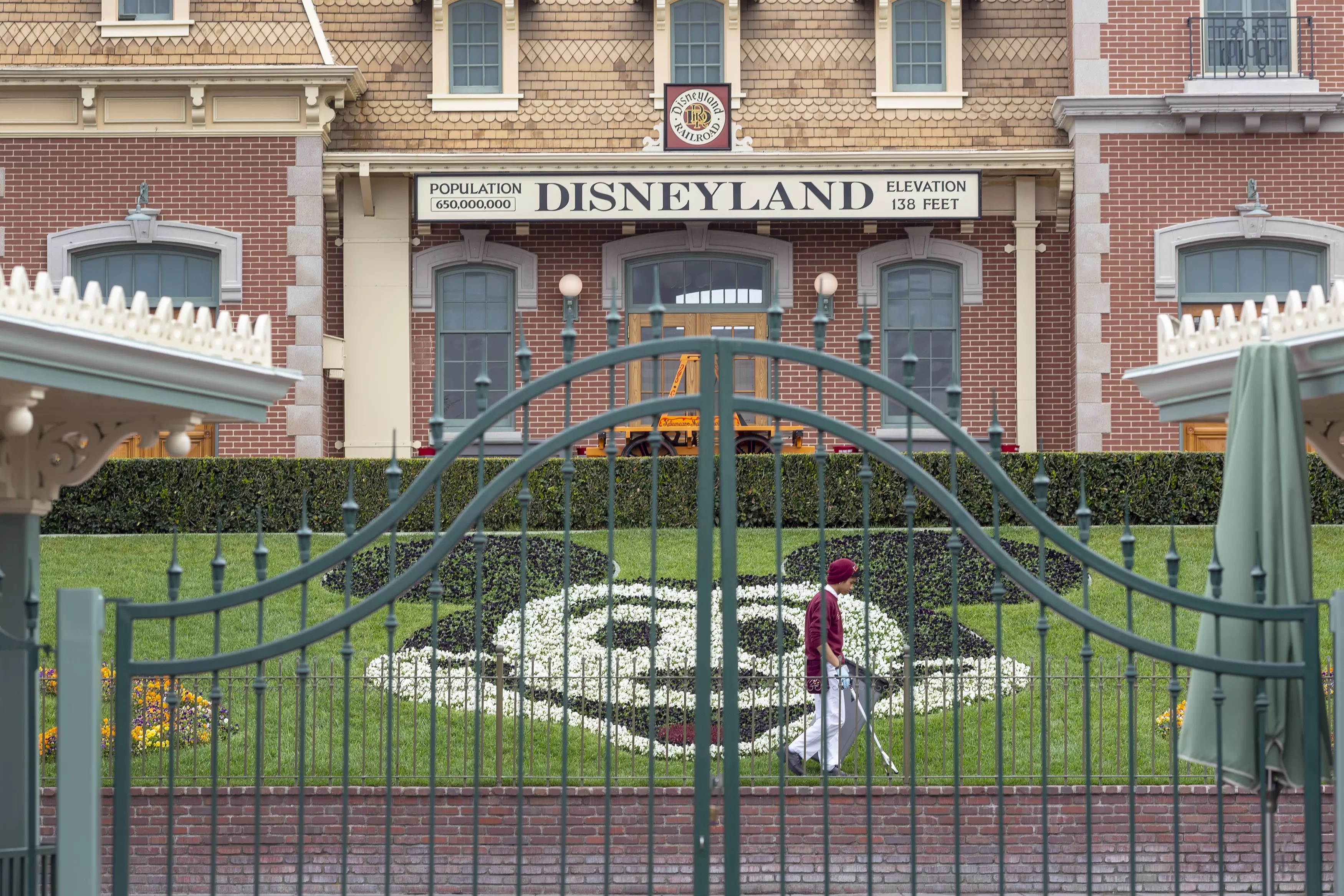 State officials don’t expect to have these rules in place until after the July 4th holiday. So, Disney executives must wait to learn the details.

Later, Disney will update its cast member unions about the coinciding safety precautions.

This process will take time, but Disney would have less than two weeks to implement the modified policies. It’s just not possible. 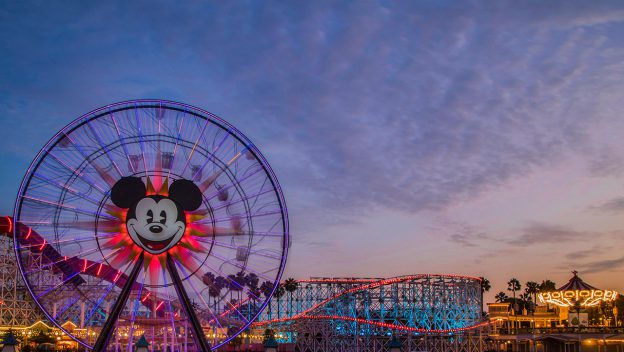 Sadly, Disneyland must wait to reopen.

Given the lack of firm dates coming from California officials, I can’t even give you an updated reopening date right now.

Also, you should brace for a significant delay. 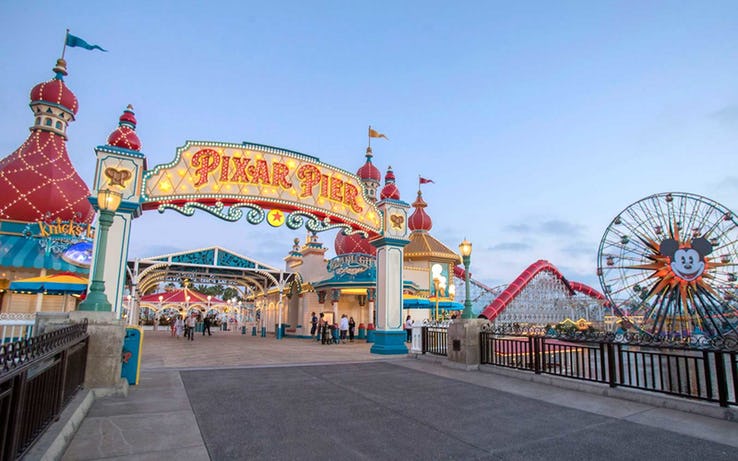 When Disneyland executives announced the park’s return on June 10th, the state of California had reported 139,281 cases of COVID-19.

Over the 17 days that followed, California experienced 71,564 more infections. Yes, the problem has grown 51 percent worse in two and a half weeks.

Disneyland could remain in a holding pattern into August. I’m just speculating here, though.

Disney can still begin its phased reopening plan as scheduled.

To Americans, the next two updates won’t qualify as the most significant updates this week. I have a bombshell in the next section.

As expected, the other two parks will come back in July. Disney had planned to bring back every theme park in its lineup by the end of July.

Still, we now know that Tokyo Disneyland will return in a matter of days. Specifically, the two theme parks there will reopen on July 1st.

Skipping over to Europe, Disneyland Paris is prepping its comeback, too.

Disney will bring back the most popular paid tourist attraction in Europe on July 15th, the same date as EPCOT and Disney’s Hollywood Studios. 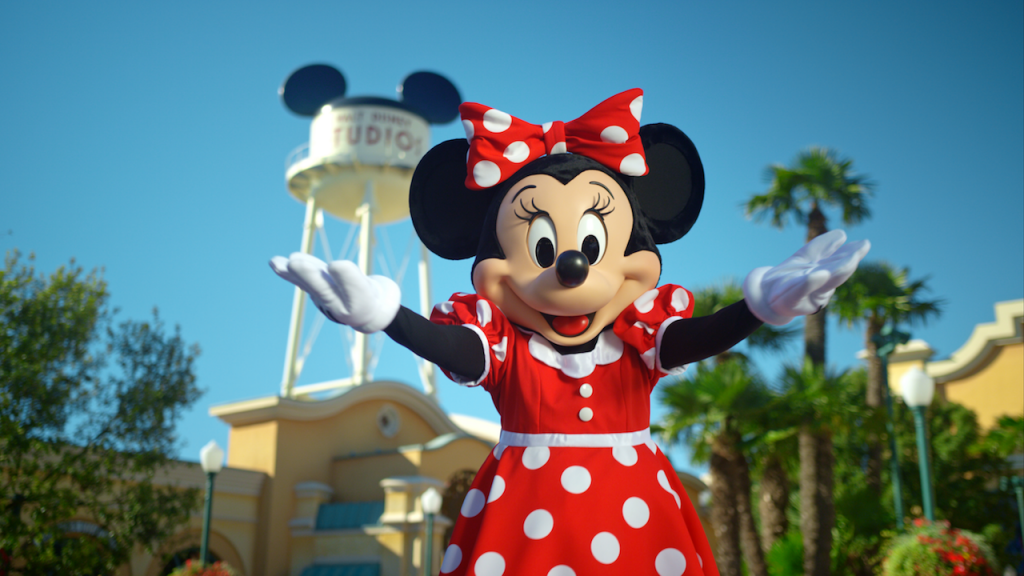 So, if everything had fallen as expected, every Disney park would have reopened by July 17th.

Alas, it’s 2020, which made a kick to the crotch inevitable.

The Princess and the Frog Mountain

Disney’s full of surprises lately. The most recent one demonstrates that the company wants to be on the right side of history.

Since Splash Mountain debuted in 1989, it’s caused a divide with its perception.

Virtually everyone agrees that the attraction is a masterpiece. I’ve previously argued that it’s the most joyous ride in Disney history.

Unfortunately, the theming ties the attraction to Song of the South, the most embarrassing movie in the Disney Vault.

For years now, people have pushed Disney to do the right thing and re-theme the attraction.

Apparently, Disney got the message a while ago. According to a recent announcement, the company will re-theme Splash Mountain.

More surprisingly, Disney had chosen this plan last year but hadn’t revealed it yet.

Then, the recent Black Lives Matter protests have brought a sense of urgency to the topic. So, Disney has come forward with this announcement.

At some point soon, Splash Mountain at Disneyland and Magic Kingdom will undergo plussing to theme it to The Princess and the Frog. 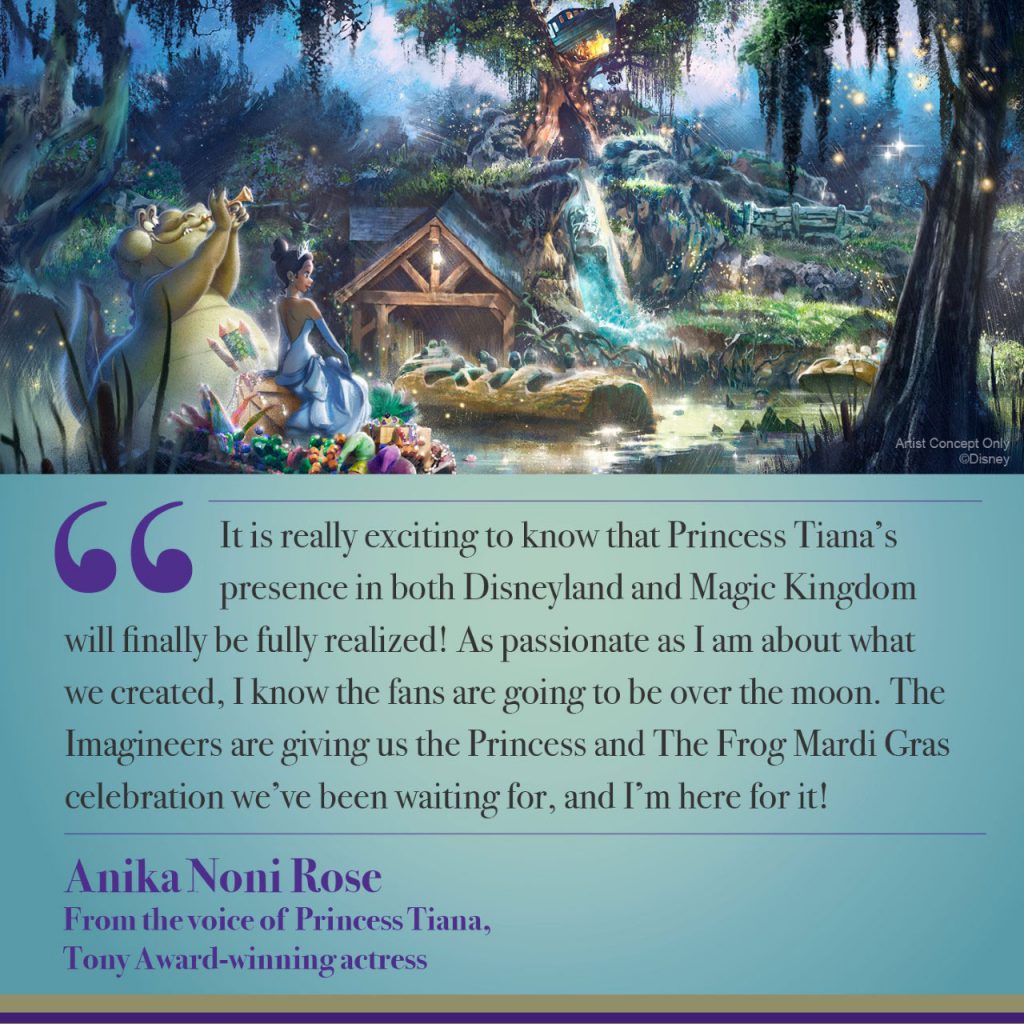 Initially released in 2009, Princess Tiana’s movie has stood the test of time as a legitimate animated classic.

Disney had previously excited movie fans with an upcoming Table Service restaurant based on Tiana.

Unfortunately, Reflections — A Lakeside Disney Lodge is supposed to host this eatery. And Reflections may not get built.

So, Princess Tiana stans seemed out of luck. Instead, they’re about to get a full theme park attraction…one that’s already as good as it gets!

The only thing we’re lacking right now is a start date for the refurbishment. Disney usually closes some of its outdoor water rides in the winter anyway. 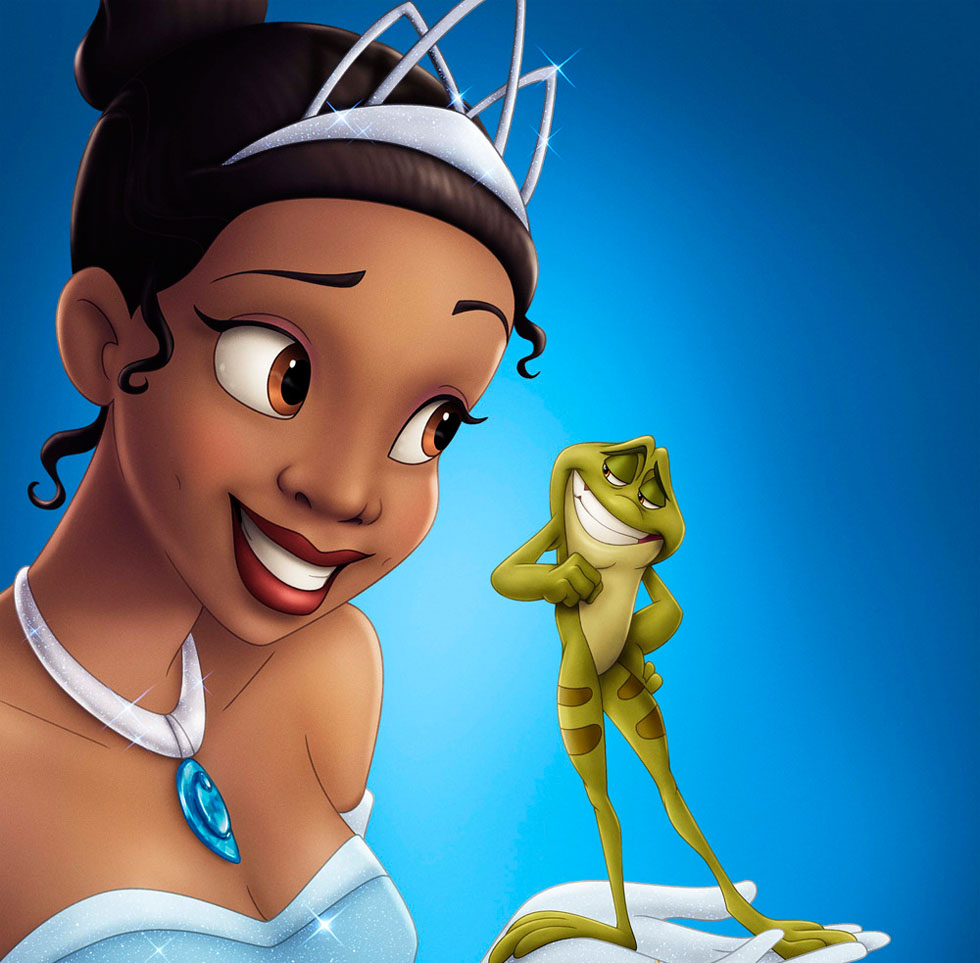 I’m expecting that January of 2021 is when we get forward progress on this project.

Okay, if you’re anything like me, you’ve spent part of this week fighting the Disney Park Pass System.

Guests can’t enter Walt Disney World parks during the pandemic unless they have reservations. 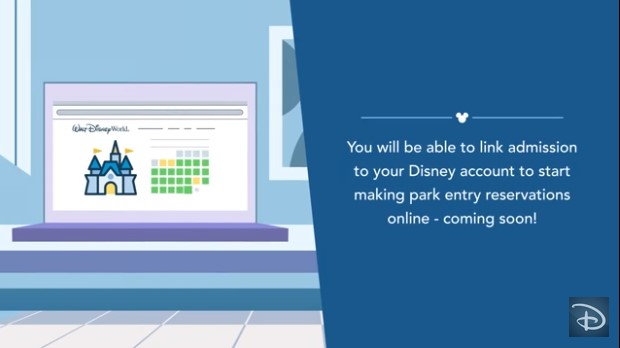 For whatever reason, Disney didn’t open the system at the announced time, causing some aggravation for early adopters.

Then, the rest of the first day turned into an exercise in patience, a kind of on-the-fly training in acting zen.

However, after the opening day’s rush, the Disney Park Pass System has worked exceptionally well.

My wife and I booked a trip for late-January. Once we added our new hotel reservations to My Disney Experience, we scheduled our Park Passes in minutes.

That’s not even an exaggeration. I was working, so I grumpily asked my wife to take care of it. Like three minutes later, she yelled, “Okay, I’m done.”

Since I spent what felt like years looking at a Cinderella Castle image Monday morning, I was somewhat bitter and, yes, kinda jealous.

Still, my pain is your gain. This little anecdote shows that the Disney Park Pass System is user-friendly and easily accessible. 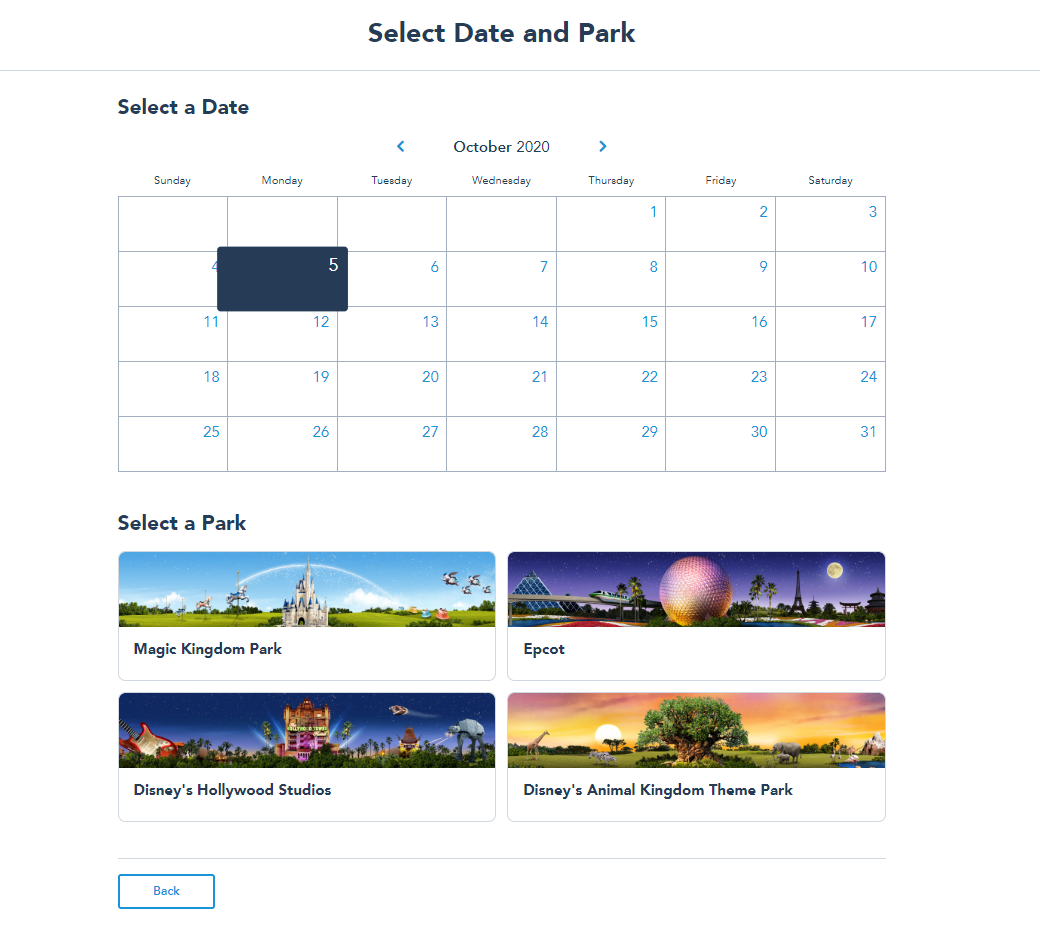 More importantly, sellouts remain few and far between. You still have plenty of time to book Park Passes for your next Disney trip.

Then again, the least stressful approach is to contact a MickeyTravels agent. Let this Disney expert do the work for you.

I mean, why wouldn’t you? Their services are free!

Truth be told, I fantasized about having a MickeyTravels agent book my Park Passes a LOT last Monday morning.

Once again, this week featured too many important stories to give each one the full attention that deserves. So, I’ll close with some highlights. 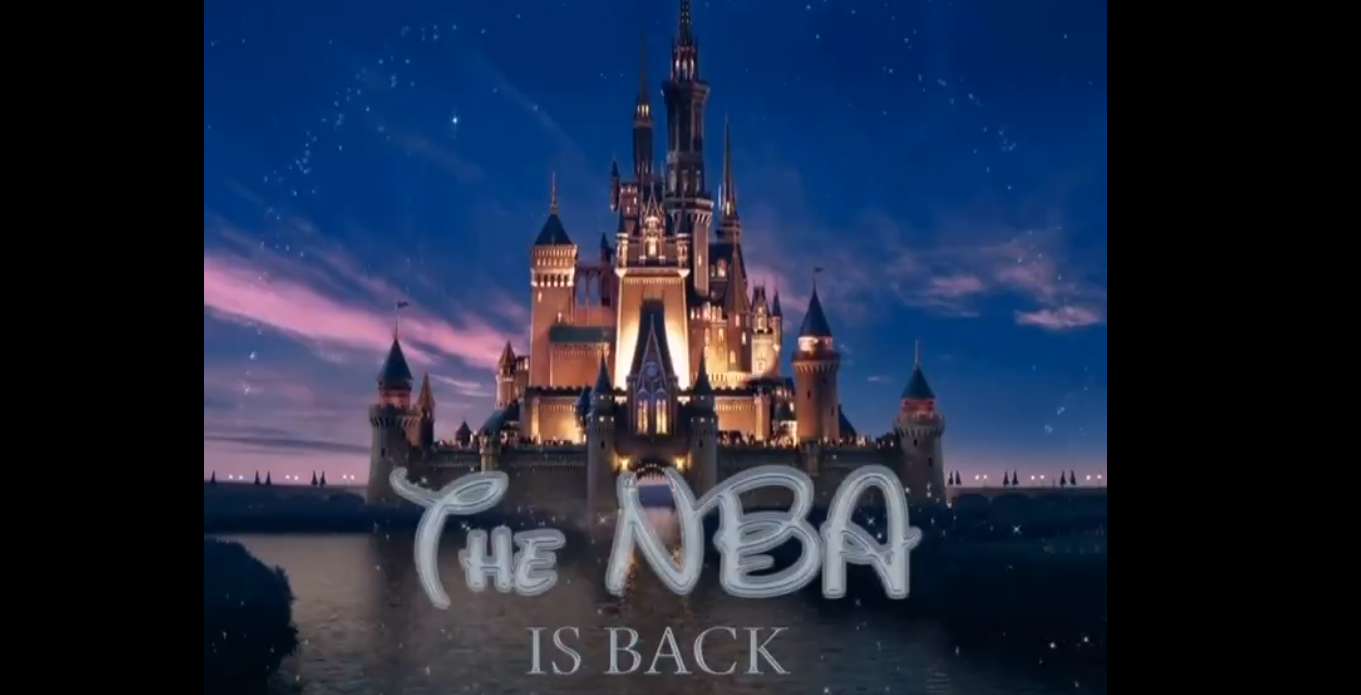 For instance, the NBA will officially finish its season at Walt Disney World. Yes, I’ve said that before, but the recent Coronavirus uptick created doubt.

The league decided to commit to the Disney Bubble concept, even after Florida reported nearly 10,000 new cases in one day. 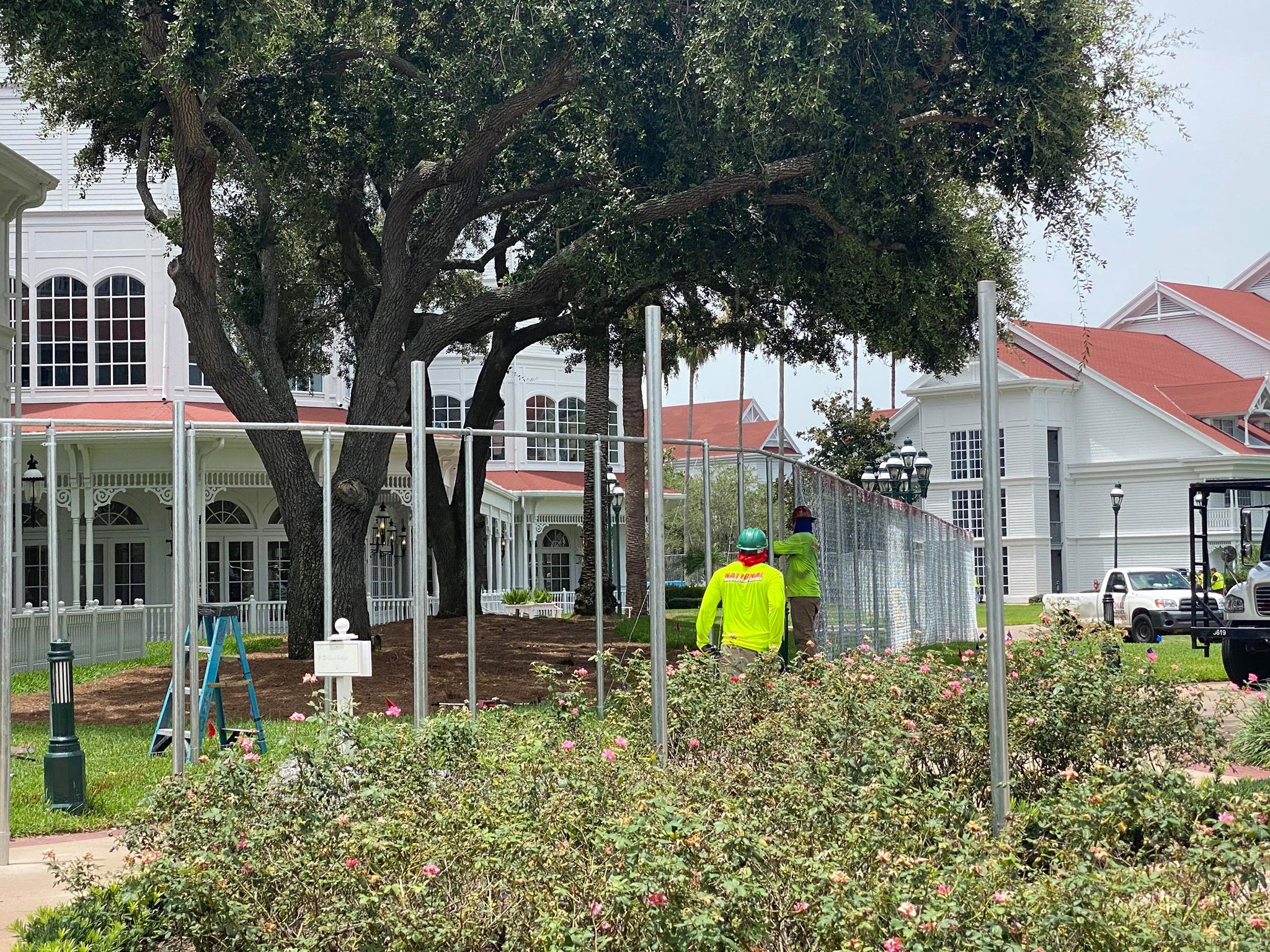 Disney committed to the process in a different way. Disney’s Grand Floridian Resort & Spa is currently under construction.

Cast members are building fences to separate the players’ hotel buildings from the rest of the guests. 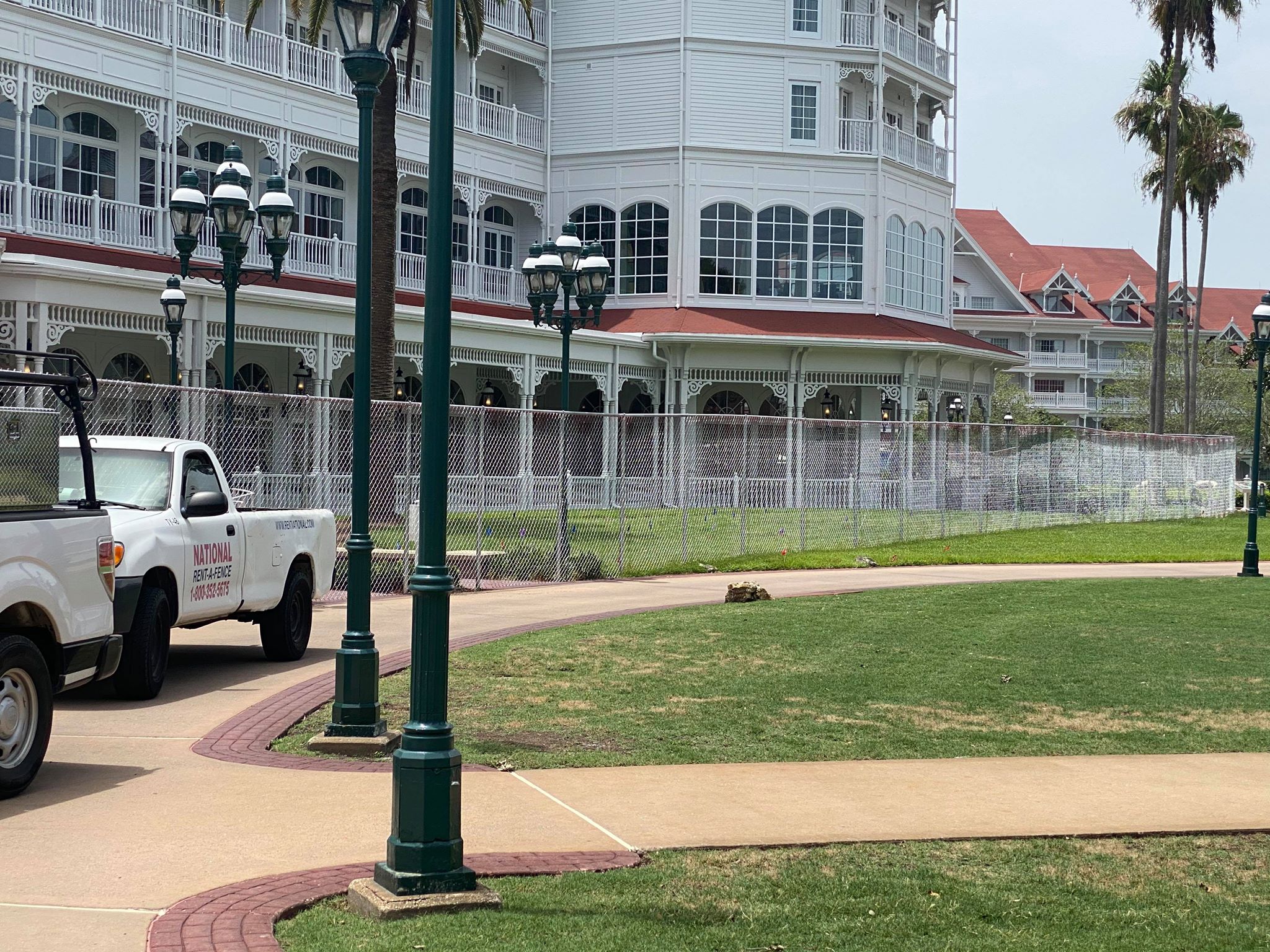 Otherwise, gawking fans might accidentally puncture the bubble to interact with their favorite players.

The pandemic had a secondary impact on Walt Disney World this past week.

The renewed outbreak forced the state of Florida to ban bars from serving alcohol.

I certainly don’t want to make light of a terrifying situation. However, I think we could all use a bit of humor right now. 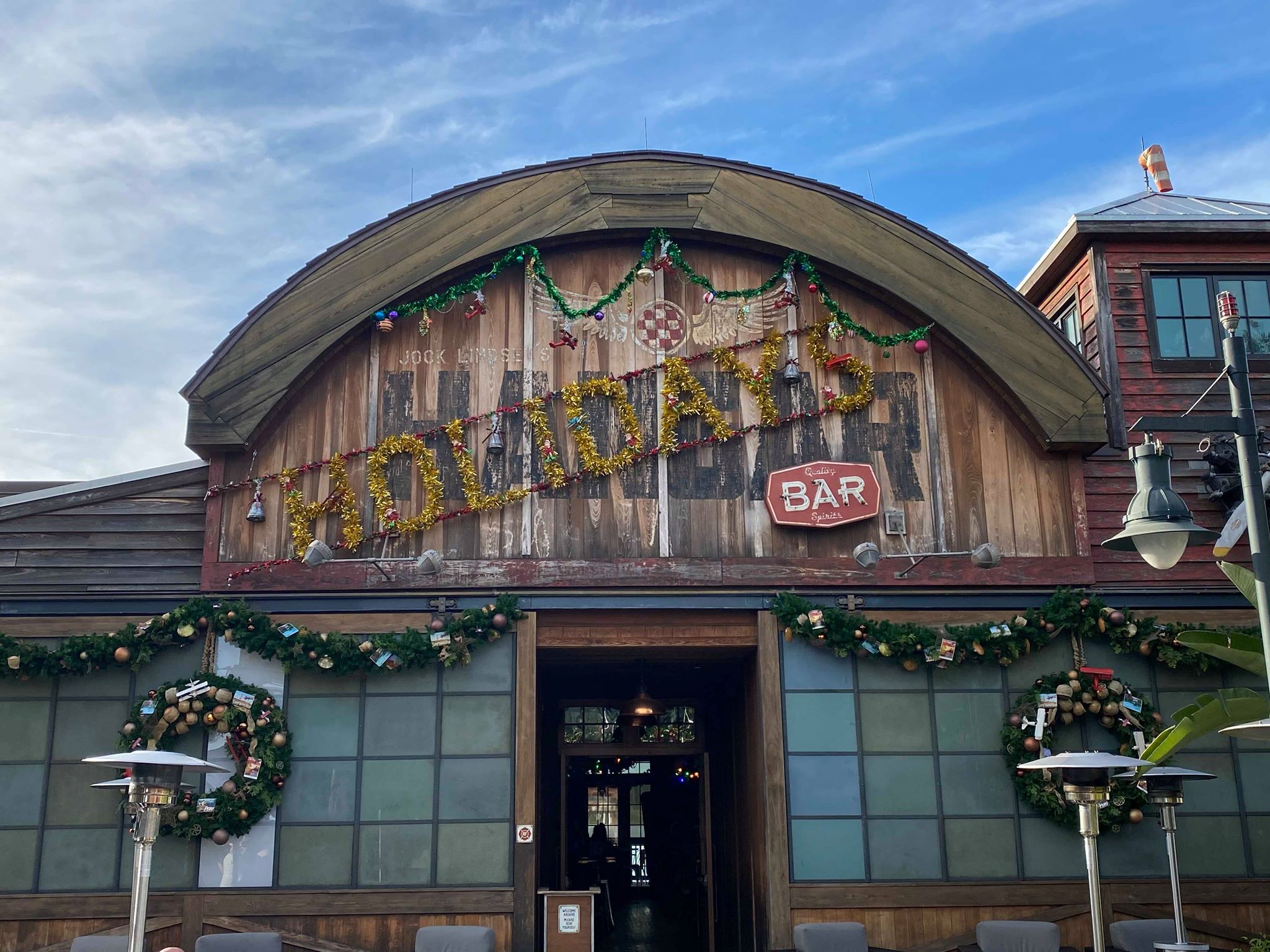 So, I’ll add that the loser in this scenario was Jock Lindsey’s Hangar Bar. 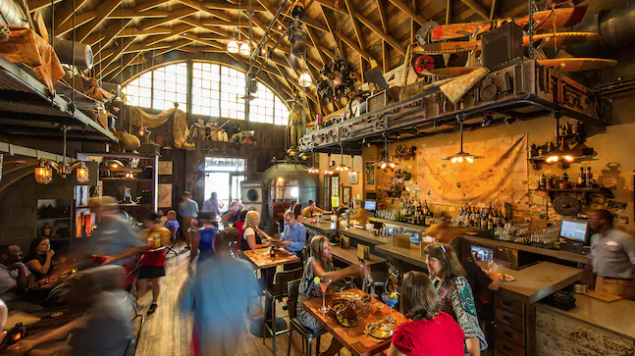 Finally, Coronavirus has set back the movie industry yet again. Several releases scheduled for July had to switch dates.

One of them was Mulan, which should have come out on March 27th. Now, it can’t even hold its secondary release date of July 24th.

Disney plans to release Mulan on August 21st, but that date’s written in pencil, not pen. 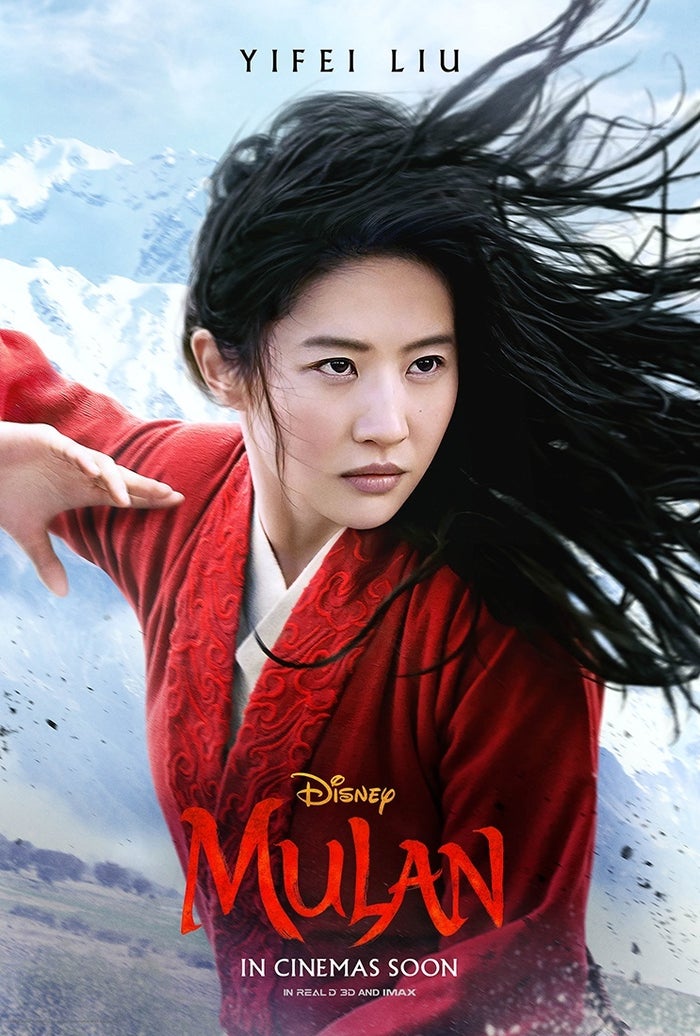 Interestingly, The New Mutants did keep its release date of August 28th. Disney may stick with that one as a trial run for more significant films.

Oh, and Margot Robbie will star in a new Pirates of the Caribbean movie. 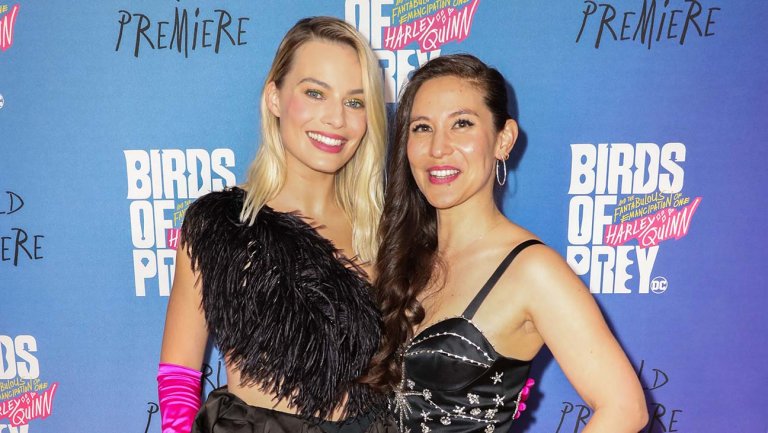 If you’re wondering what happened to Karen Gillan, she’s still a possibility. As a reminder, Disney hasn’t formally announced her.

However, Robbie’s Pirates of the Caribbean movie is apparently a spinoff, while Gillan’s is the official franchise reboot.

I suspect Disney wants to expand the Pirates universe a la Star Wars and the Marvel Cinematic Universe. 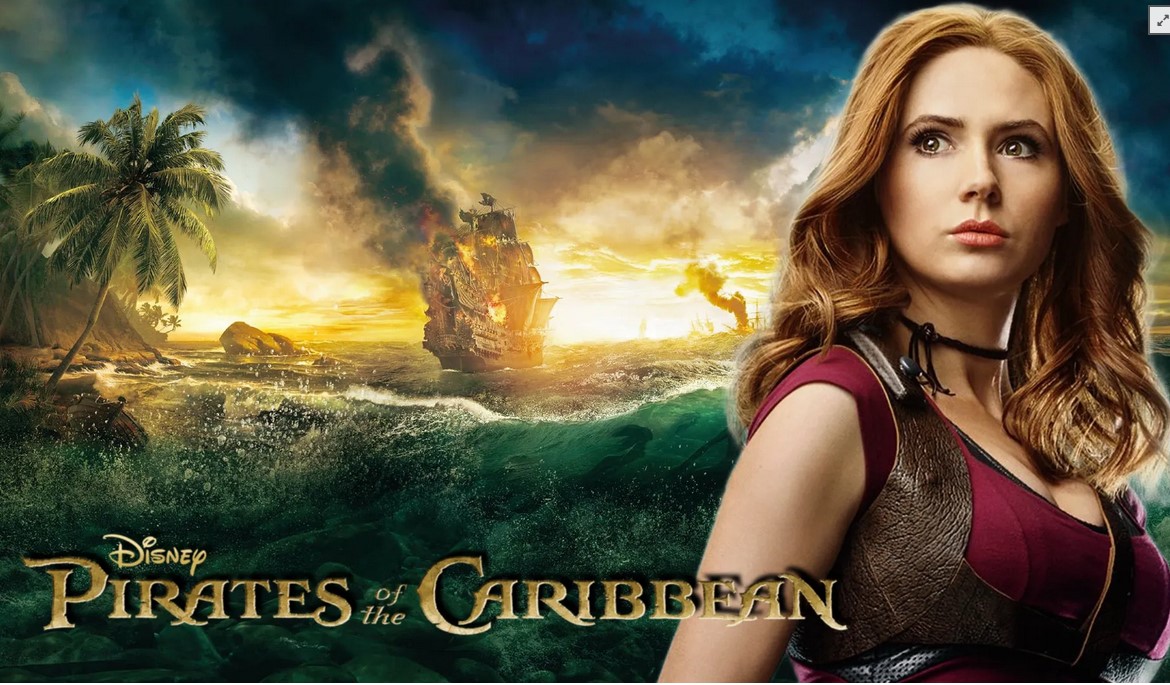 Okay, that’s it for this week. Please be safe, wear your masks, and stay inside as much as possible, everyone!