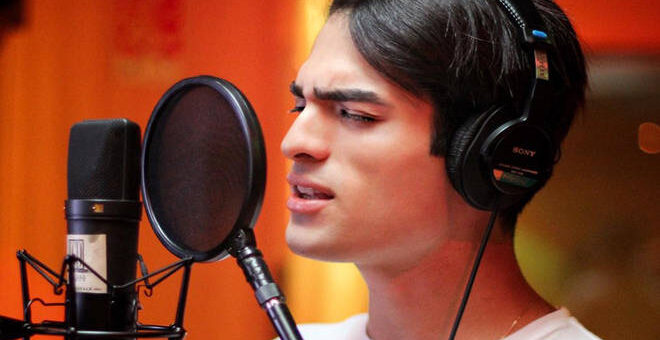 An exciting new project is underway and Disney has just given us our first preview! Disney Music Group’s Walt Disney Records, in collaboration with Decca Records, is putting a classical spin on all of your favorite Disney hits. Disney Goes Classical will be released in October, but here is your first taste:

. I am delighted to present my brand-new version of ‘Can You Feel The Love Tonight’ from @disney's The @lionking, performed alongside Royal Philharmonic Orchestra for Disney Goes Classical. An incredible album packed full of new recordings of Disney favourites, reimagined together with some of the world’s greatest musicians. Stream it now, link in bio! @rpoonline

An article from Classic FM shares the details on this highly anticipated album. Can You Feel the Love Tonight is the first single from this new album, and it is breathtaking! Son of Andrea Bocelli, Matteo has certainly inherited his father’s vocal talent! The beautifully-scored cover, featuring the Royal Philharmonic Orchestra, is now available for your enjoyment.

The young vocalist was quoted saying: “I am beyond excited to join this project with Disney. The Lion King is one of the most cherished movies from my childhood and to sing the lead song is truly an honour for me.” After hearing this single, we can’t imagine a better artist covering such a classic favorite. 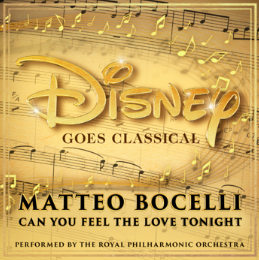 Bocelli also states that he was inspired by Elton John for his performance. “Elton John is one of my musical heroes for both his songwriting skills and his unique style. I hope to take some of that influence into the music I’m currently working on which I hope to share with you soon.”

We can’t wait to see what Disney comes up with for the rest of the album. Promised to include other notable voices, hits from many of your favorite Disney films should be included. Check out the YouTube video included below to see what all the talk is about!