Disney Sequels You May Not Have Known About Now On Disney+ 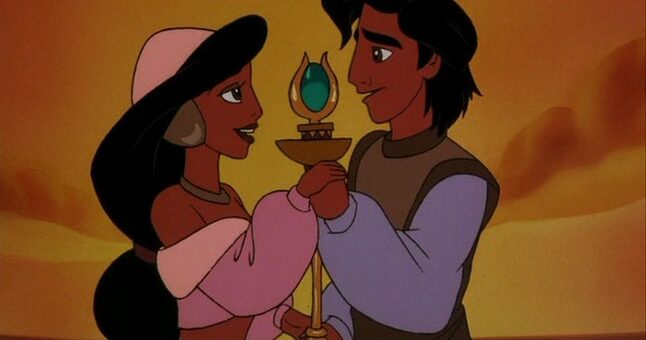 We like the thinking of the team over at PopSugar. They shared some Memorial Day Weekend Disney+ viewing that may be slightly under the radar. In the 80s and 90s, the Disney juggernaut had a trend of sending sequels to some of your favorite Disney animated films straight to video.

However, Disney has dipped into the back catalogue for their streaming network and many of these films can now be found on DIsney+.  With that in mind, here’s a list of some films you may not have known about. Each of the films below is perfect for Memorial Day viewing so make the popcorn and let’s get watching. 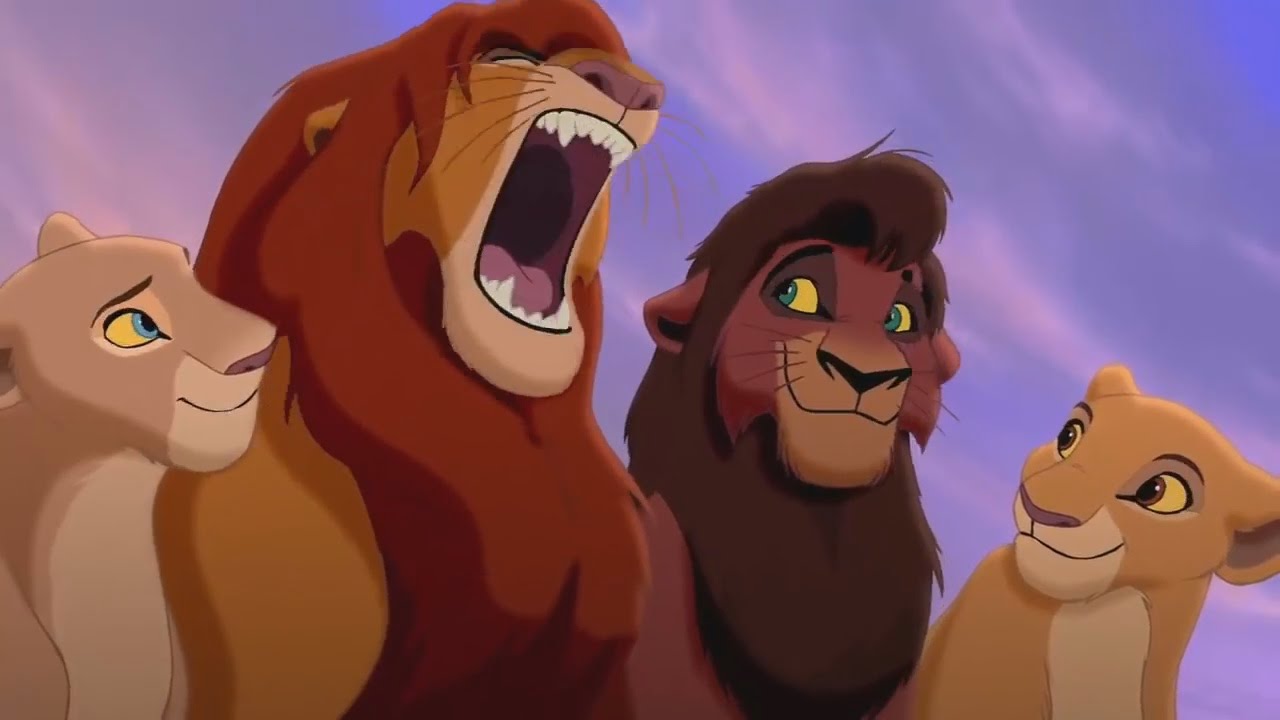 A Disney fans will tell you, The Lion King was loosely modelled after Shakespeare’s Hamlet. That influence is carried through to this often forgotten sequel which definitely haves Romeo and Julie undertones! Matthew Broderick returns to the role of Simba. When his daughter Kiara (Neve Campbell) falls for Kovu (Jason Marsden) a member of the outlanders with a striking resemblance to Scar, the pride is in an uproar.

The Lion King II: Simba’s Pride is currently available to watch on Disney+. 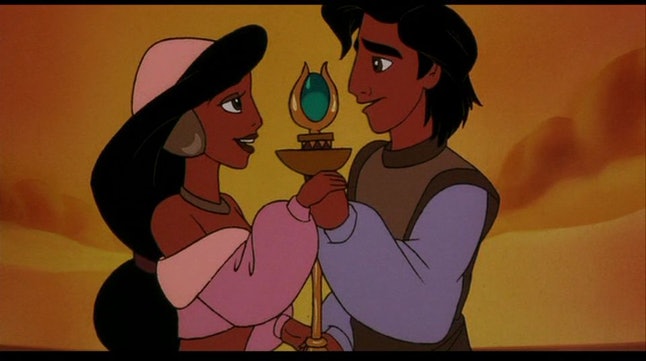 This is a popular sequel in my household as it’s all about Aladdin’s dad! The sequel kicks off with Aladdin (Scott Weinger) and Jasmine’s (Linda Larkin) wedding. However, things quickly take a turn for the worst when the ceremony is interrupted by bandits led by Cassim (John Rhys-Davis.) It just so happens that Cassim is Aladdins dad and the head of the 40 Thieves.  This sequel is noteworthy in that Robin Williams did return to reprise his role as the Genie.

Aladdin and the King of Thieves is currently available to watch on Disney+. 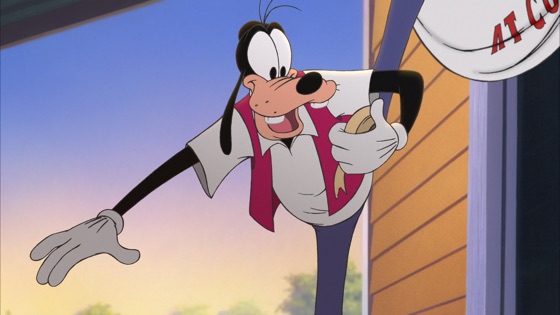 The thing I love about lists like this is that I will occasionally stumble across a Disney+ gem that I haven’t seen! Case in point is this follow up to A Goofy Movie.  The film follows Max (Jason Marsden) who heads off to college. However, there’s one problem, his dad Goofy (Bill Farmer) is off to University as well! With both Goofy and Max at school at the same time you can expect more than a fair bit of hilarious hijinks.

I know what I’ll be watching this weekend!

An Extremely Goofy Movie is currently available to watch on Disney+. 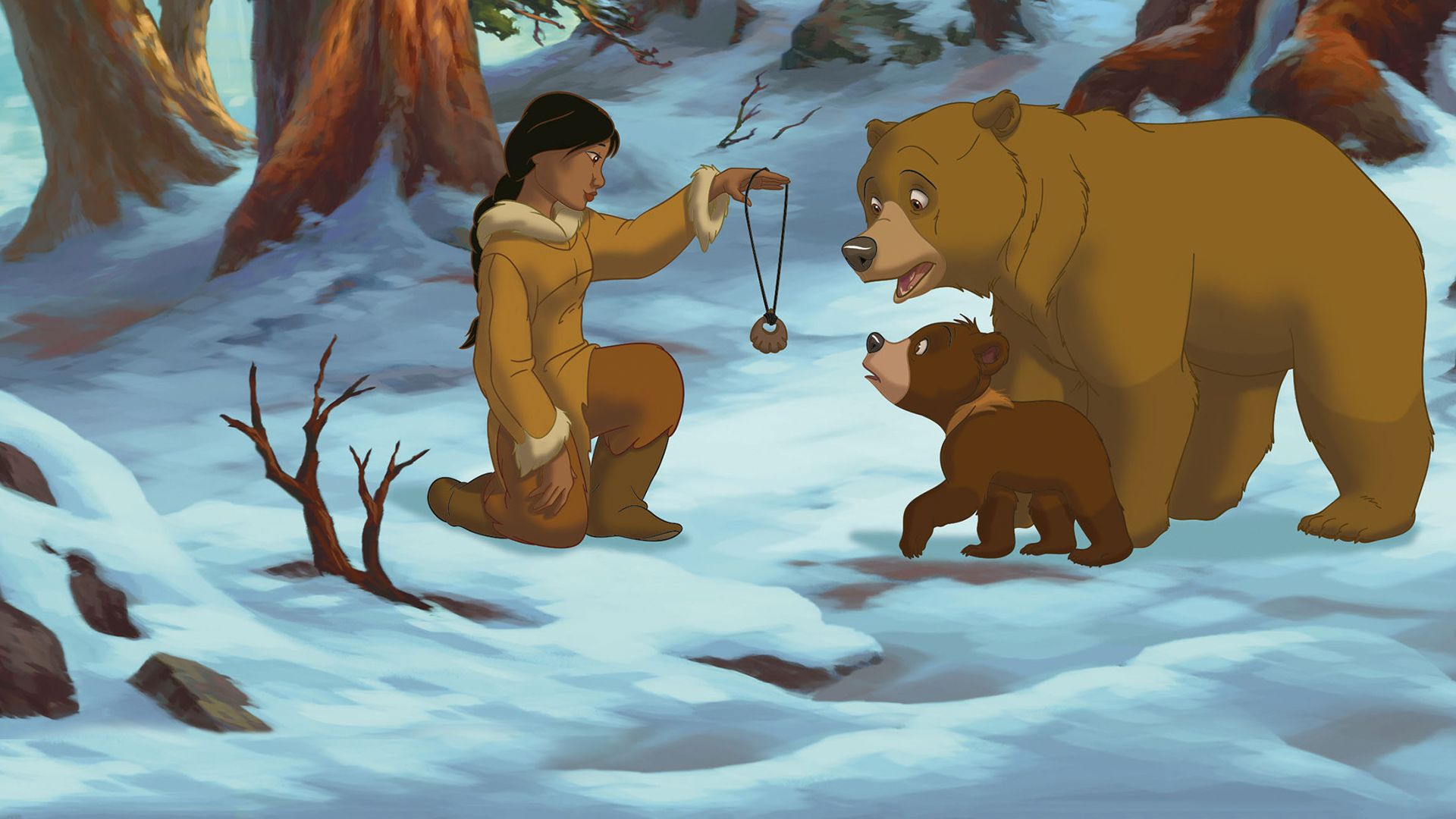 Let’s put the sequel aside for a minute and say that you may not have heard of the original Brother Bear film, let alone its following. If that’s the case then make that your weekend project because both films are brilliant.  The films follow a boy named Kenai who is turned into a bear and must walk in another’s footsteps until he learns a valuable life lesson.

In the sequel, Kenai is voiced by Patrick Dempsey who along with Koda (Jeremey Suarez) finds that his childhood girlfriends Nita (voiced by Mandy Moore) is about to get married despite being bonded with Kenai.  A highlight of the film is moose brothers Rutt and Tuke voiced by Rick Moranis and Dave Thomas who in the sequel are trying to woo to female moose voice by Andrea Martin and Catherine O’Hara.

Brother Bear 2 is currently available to watch on Disney+. 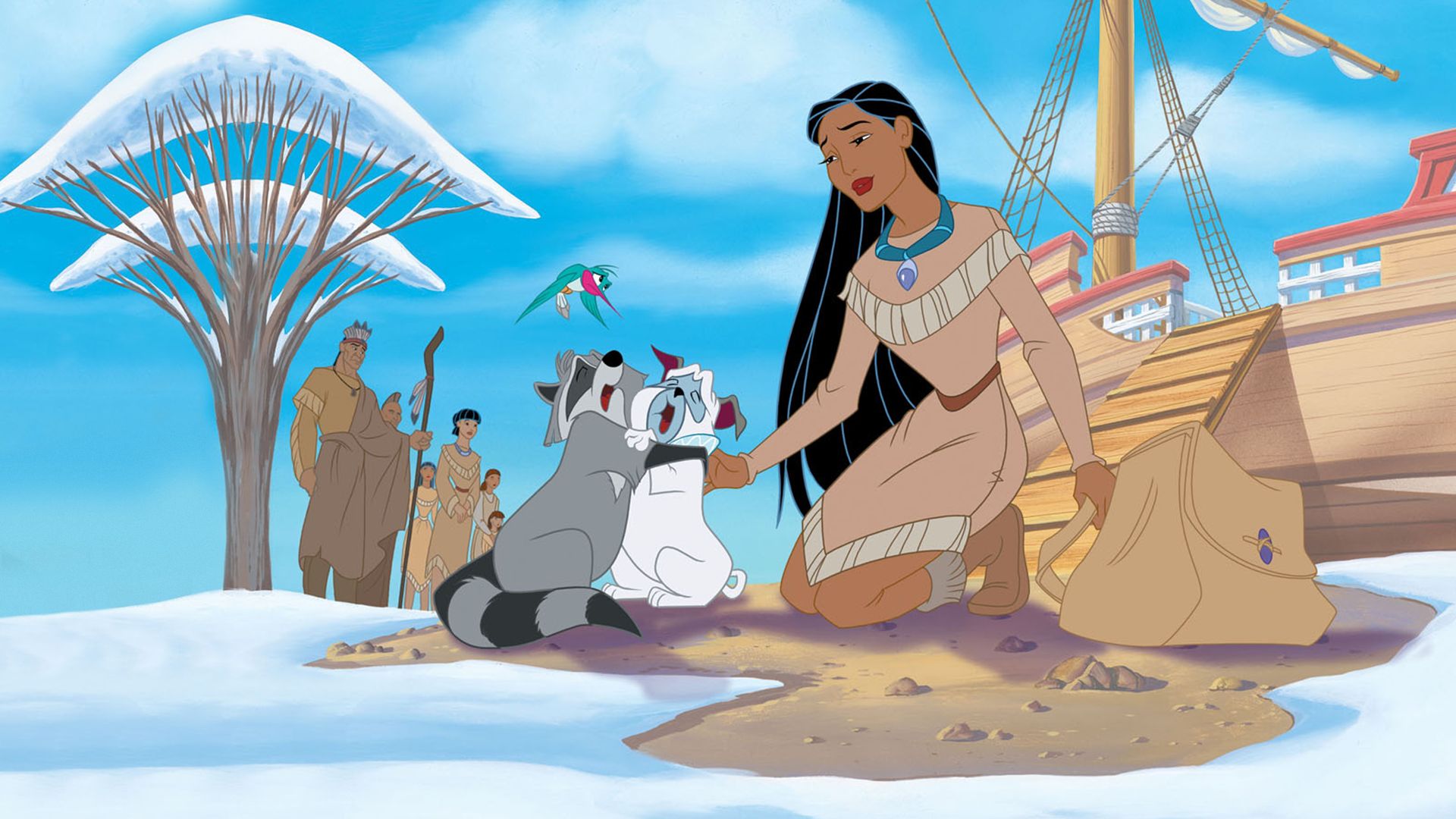 I’m including this one though I find it to be one of Disney’s more curious sequels. Pocahontas travels across the ocean in the hope of negotiating peace between Jamestown and the Native Americans. The love story between her and smith is abandoned in favor of a story that has her struggle to deal with British society. However, there are some good songs here. If if you didn’t know the sequel existed, you’ve probably heard the song “Where Do I Go From Here” made better by the fact that Judy Kuhn returned as the singing voice of Pocahontas.

Pocahontas II: Journey To a New World is currently available to watch on Disney+. 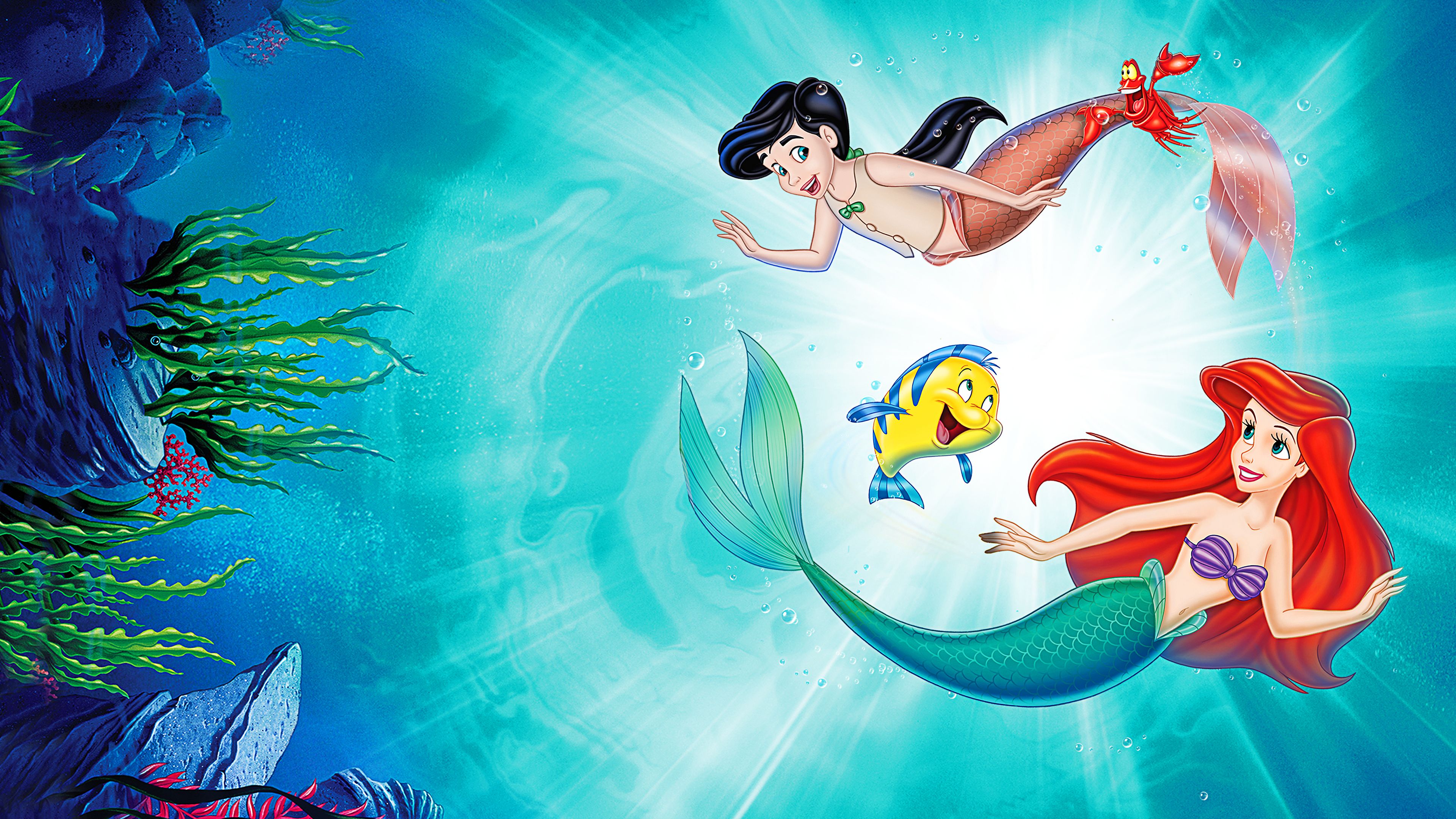 This is a popular film with my 10-year-old. It follows up with Ariel who is now a mom to a daughter named Melody who feels a connection to the water.  The baddie in this film is Ursula’s sister Morgana who when Melody makes her way to the sea devises an evil plan to use Ariel and Prince Eric’s daughter to overthrow King Triton.

The Little Mermaid II: Return to the Sea is currently available to watch on Disney+.

Readers are encouraged to keep following along with MickeyBlog for more ways to make the most of your Memorial Day weekend.