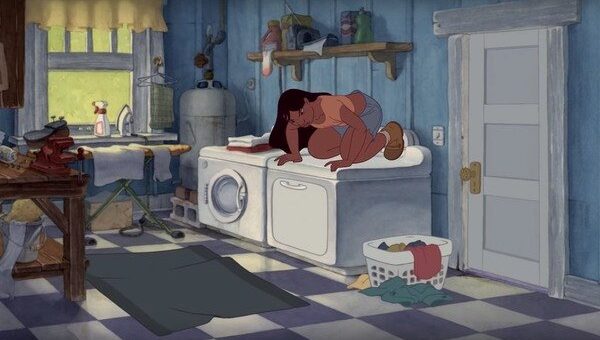 Let’s face it, we’re all at home and well all have a TON of free time on our hands That’s why one story concerning a changed scene in Lilo & Stitch was trending last week.

One TikTok user pointed out a changed to the scene in the film where Ving Rhames’ Cobra Bubbles, the ex-CIA agent-turned-social worker, stops by Lilo and Nani’s house and isn’t pleased with the state of their living conditions. As you’ll recall, Nani gets mad at Lilo for making a bad impression and chases her around the house, and here’s where things start to differ depending on the version of the movie you’re watching.

In the original version, Lilo can be found hiding in the dryer where Nani eventually finds here (see below) 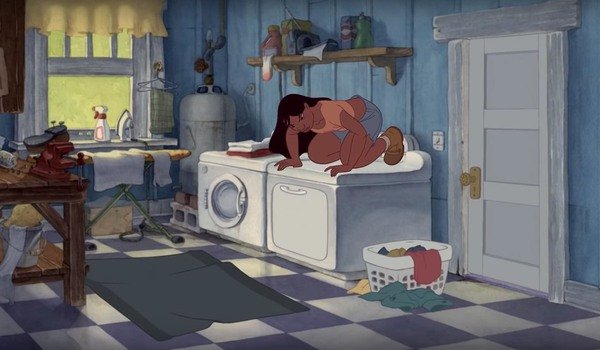 However, in the version featured on Disney+, the dryer is missing and Lilo is hiding on a shelf with a pizza box covering her up. 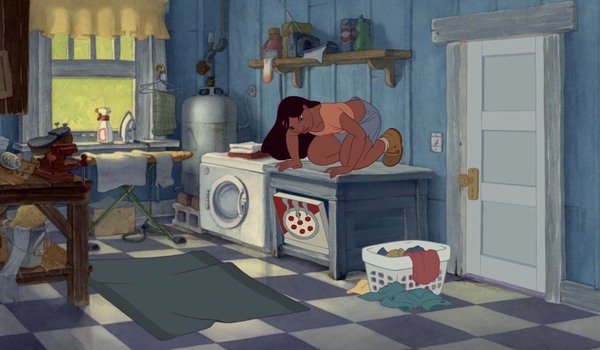 According to a recent piece in CInemaBlend, fans initially attributed the change to edits made prior to the film making its debut on Disney’s new streaming network (Disney Plus.) However, as the article points out, that isn’t exactly the case.  When Lilo and Stitch was originally released on DVD, Disney authorized the change. The primary reason was to make sure that kids didn’t copy her actions and hide in dryers which could obviously be dangerous.

Lilo and Stitch which was released in 2002 and became one of Disney’s most-loved films. It raked in $273 million at the box office and Stitch has become nearly as iconic as Mickey himself.  The film also spawned a few direct-to-video sequels, an animated TV show, a wide array of merchandise and more.

It was also announced back in 2018 that the film would receive the live-action treatment slated to be released on Disney+. The film was expected to begin filming this fall in Hawaii but with the COVID-19 spread, there is no word yet whether the project will continue on as planned.