If you were in Disneyland in the late 50s or early 60s, and you might have bought a guidebook from him.

Or perhaps you encountered him at the Magic Shop. 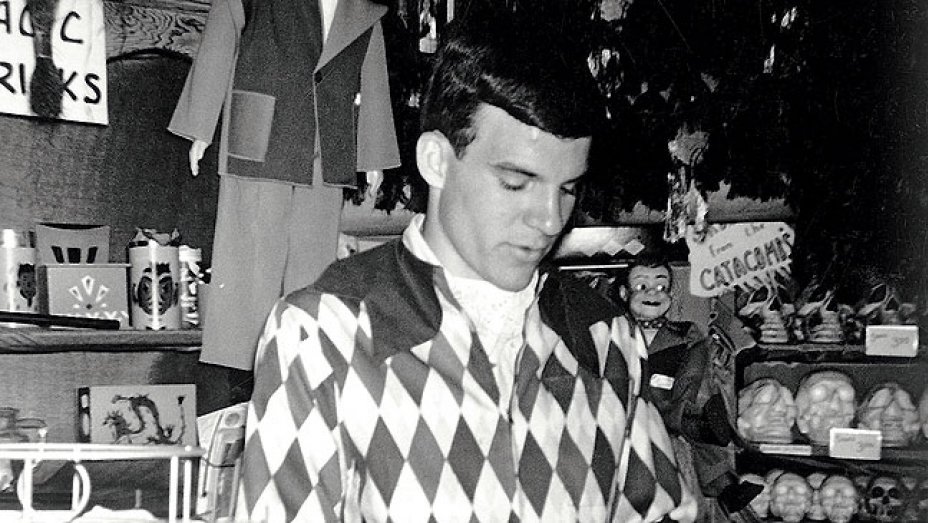 And, by the way, there’s a fair chance he was picking a banjo when you first saw him on TV!

I found these curated clips of Steve doing his thing:

Steve Martin does his famous Ramblin’ Guy banjo act on The Muppet Show.

Steve Martin and the Muppet Jug Band do their version of DUELING BANJOS on The Muppet show.

Steve Martin and Kermit the Frog face off in a duel of Dueling Banjos.

Steve Martin as the ‘Insolent Waiter’ in The Muppet Movie (1979).

All in all, Steve, a Disney Legend – inducted in 2005, spent the better part of eight years at Disneyland as a cast member.

From the age of 10 to 18, Steve worked at the Park after school, on weekends, and during the summer. First, he sold guidebooks at the gate, then souvenir spinning lassos in Frontierland.

“The ropes were hard to sell,” he recalled. “I had to wear a Western costume, cowboy shirt, hat. I did a little bit of that in Three Amigos!”

Then Steve spent three years at the old Merlin’s Magic Shop in Fantasyland. There, he sold and demonstrated the packaged magic tricks and practical joke items on sale. He learned all the tricks, and collected all the jokes, writing down every gag. “I knew every nook and cranny of the shop,” he recalls.

He told D23.com that he sometimes ventures back to Disneyland but disguises himself.

Martin explained: “It’s not that people mob me on the streets, but Disneyland can be very tough, and I don’t like being stared at or yelled at.”

However, the current health scare is even tougher, so the old cast member dusted off the old banjo and played a wonderful, calming song.