Why Bob Chapek Just Became the CEO at Disney

Every time I think that I’ve seen it all with The Walt Disney Company, something manages to surprise me. On February 25, 2020, Disney’s succession plan switched from a mystery to a finality. Nobody saw this one coming, which is why it’s so much fun to discuss. Here’s why Bob Chapek just became the CEO at Disney.

Late in the afternoon, right as the stock market closed, Disney announced a change in leadership…and I mean a doozy. Two weeks short of 15 years after Robert Iger became CEO, he ceded the position. His replacement is Bob Chapek, previously the Chairman of Disney Parks, Experiences and Products.

Folks, this one’s a bombshell.

Last December, I wrote about the Games of Thrones-style battle between the scenes to replace Iger.  People like Jay Rasulo and Tom Staggs earned long looks, but both of them fell out of favor with the Board of Directors. In discussing Chapek’s potential, I said the following:

“The most logical successor to Iger is Bob Chapek. He’s the wildly successful Chairman of Disney Parks, Experiences and Products.

As the arrival of Star Wars: Galaxy’s Edge approached, most insiders believed that Iger was grooming Chapek as the next CEO of Disney.

To be clear, that may still happen. It’s the most natural move for Disney, as the Parks division remains the company’s bread and butter.” 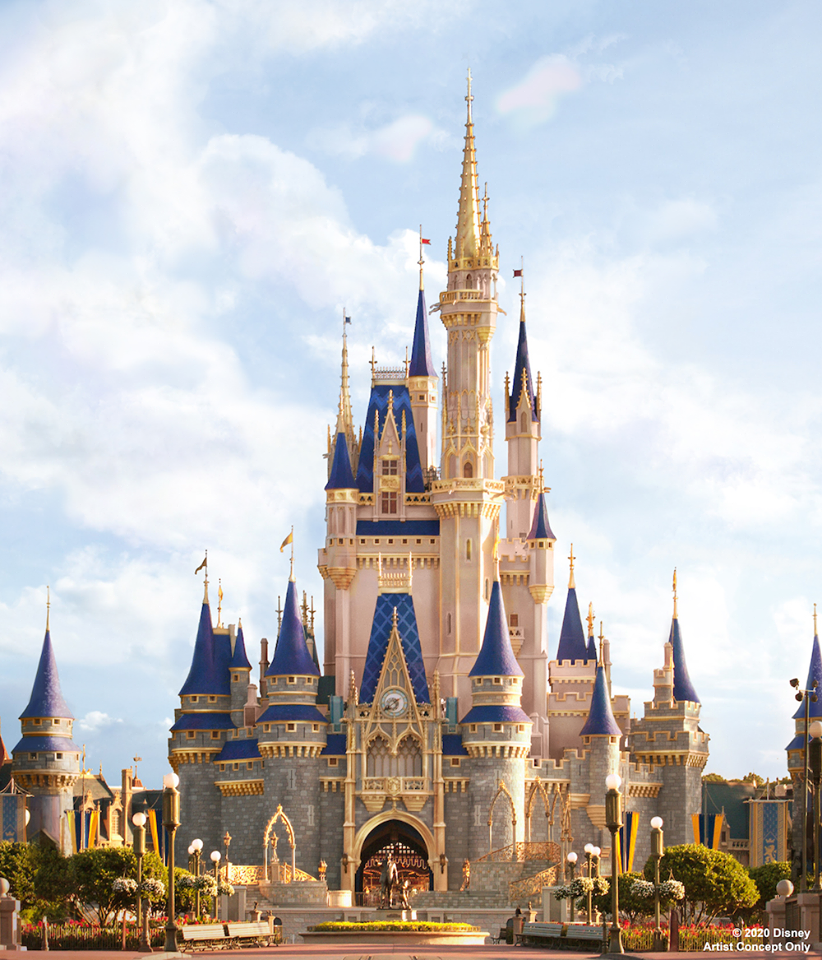 I also added this thought:

“I’m not being hyperbolic when I say that a lot of people would be angry if Chapek becomes CEO.”

If you’ve read social media, you know that’s true. Chapek possesses something of a tarnished reputation due to high profile struggles at Star Wars: Galaxy’s Edge. And MANY people dislike him. 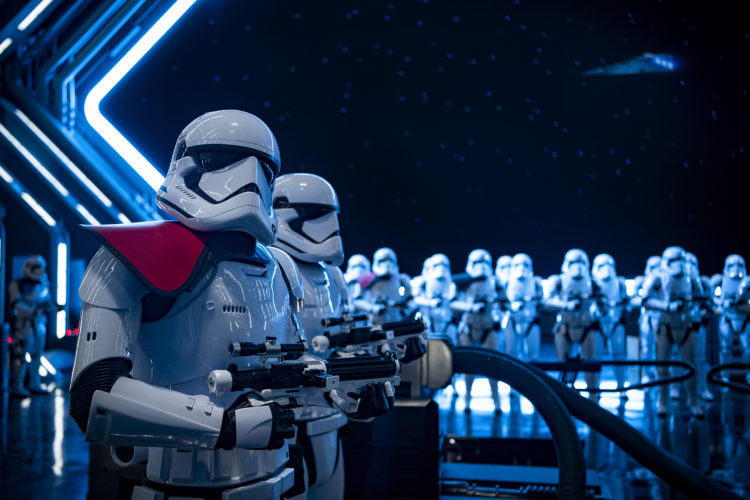 Fifty menacing First Order Stormtroopers await guests as they arrive in the hangar bay of a Star Destroyer as part of Star Wars: Rise of the Resistance, the groundbreaking new attraction opening Dec. 5, 2019, inside Star Wars: Galaxy’s Edge at Disney’s Hollywood Studios in Florida and Jan. 17, 2020, at Disneyland Park in California that takes guests into a climactic battle between the Resistance and the First Order. (Matt Stroshane, photographer)

For this reason, several Disney insiders had settled on a different candidate. We thought that Kevin Mayer, the Chairman of Direct-to-Consumer & International, had moved into the lead. So, this development has surprised a lot of people. And I for one HATE that I got it wrong.

The frontrunner, Chapek, has won in the end. When March Madness comes, I should remember to pick fewer upsets. 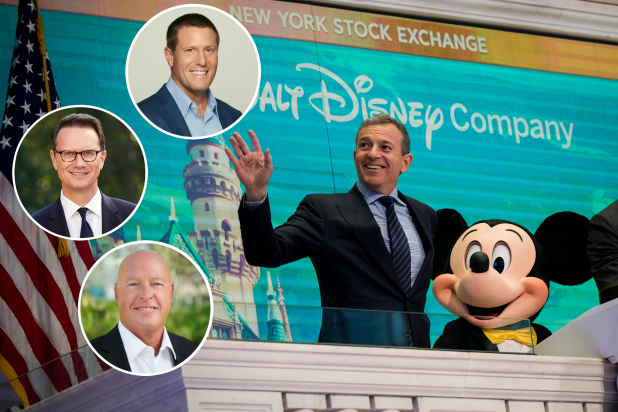 What Do We Know?

A strange seqhttps://www.youtube.com/watch?v=FZYquzb-7bQuence of events followed the announcement. Disney hosted a conference call to explain the situation. Later, Iger and Chapek performed a pair of joint interviews to discuss the present and future at Disney.

The consensus opinion is that the body language of both men was poor. Nobody looked that happy about the change, which has triggered a boatload of speculation, rumors, and innuendo.

I’m not going to engage in any of that, although I won’t pretend like some conspiracy theories haven’t run through my mind. I’ve got a list of possible reasons why Iger might have stepped down that I might discuss here in a few days if my boss wants them.

However, for now, I want to focus on the knowns. I’ve watched the interviews and listened to the conference call multiple times. Everything I’m about to say is a fact, something espoused by one of the parties involved. 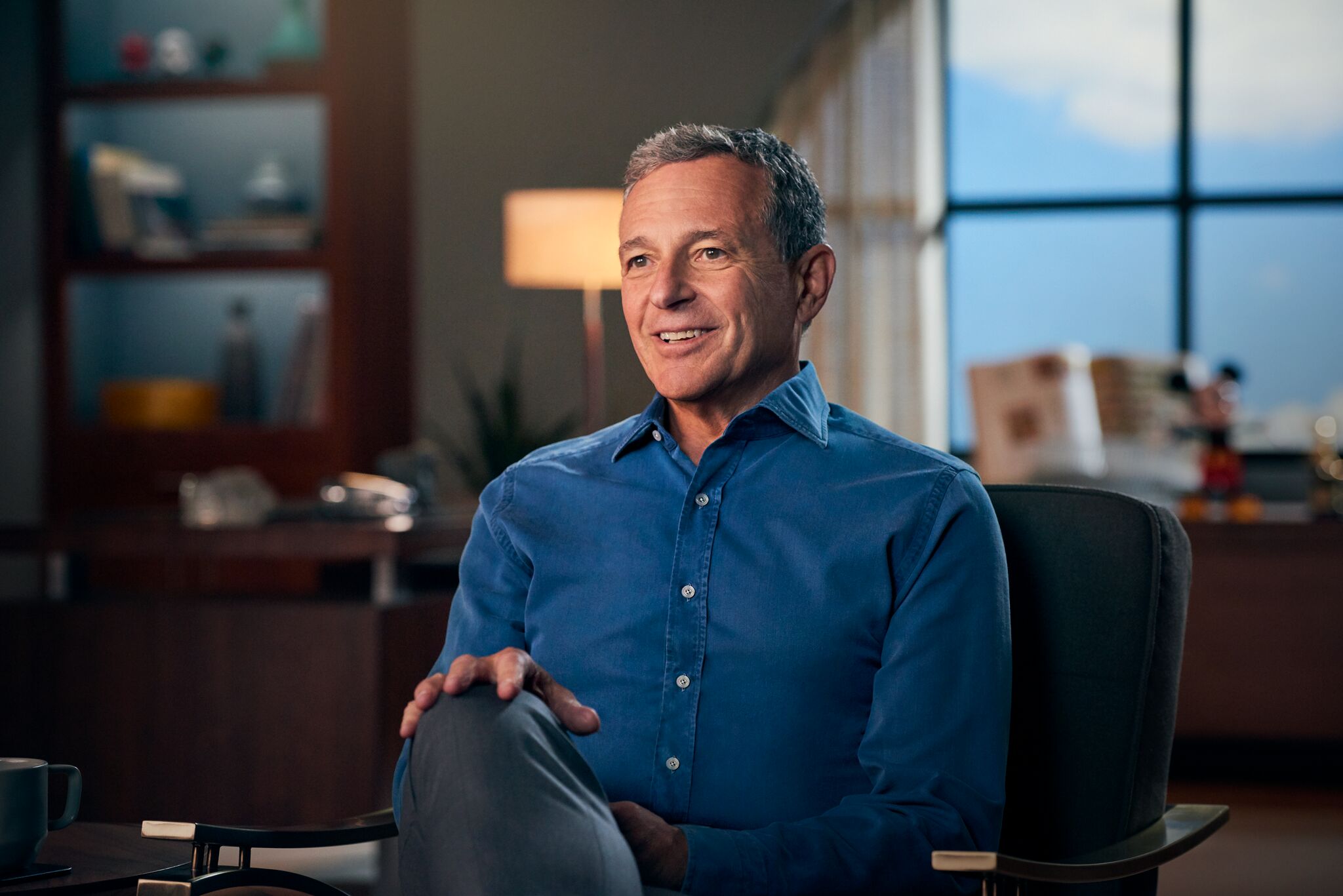 According to Iger, Chapek will still report to his old/current boss. Everyone else will report to Chapek. So, the status quo remains the same in the Parks division. At the same time, the other three branches of the media empire now run through Chapek rather than Iger.

For his part, the former CEO now holds the title of Executive Chairman of the Board of Directors. He has stated he will hold that position until his contract ends in December of 2021. If Chapek does well, don’t be surprised if Iger shakes hands and walks away quicker, though. He sounds ready to go.

Information from the CNBC and Bloomberg Interviews

Iger states that he believes the timing is ideal for a change. He indicates that he waited until Disney had finished the following:

As Iger rattled off this checklist, I couldn’t help but nod. He presented a reasonable reason why someone might sit in their office one day and think, “That’s it. I’m done.”

In describing his new role, Iger sounds a lot like a Chief Creative Officer. He claims that he’ll work on Disney stories for the rest of his tenure. That doesn’t mean a specific movie or television show or the like, though.

To Disney, much of what they do qualifies as story. I take from this that Iger still has some irons in the fire that he wants to see through to the end. He was reluctant to discuss any individual project, but he did mention “fueling the pipelines” for Disney+ and other kinds of Disney content creation.

The Early Stages of the Chapek Regime

To drive home this point, Chapek states, “Get the content right, and everything else kind of follows suit.” Beyond that, Chapek’s role during the change felt like one of reassurance. He refused the opportunity to announce any grand ambitions for his new job. 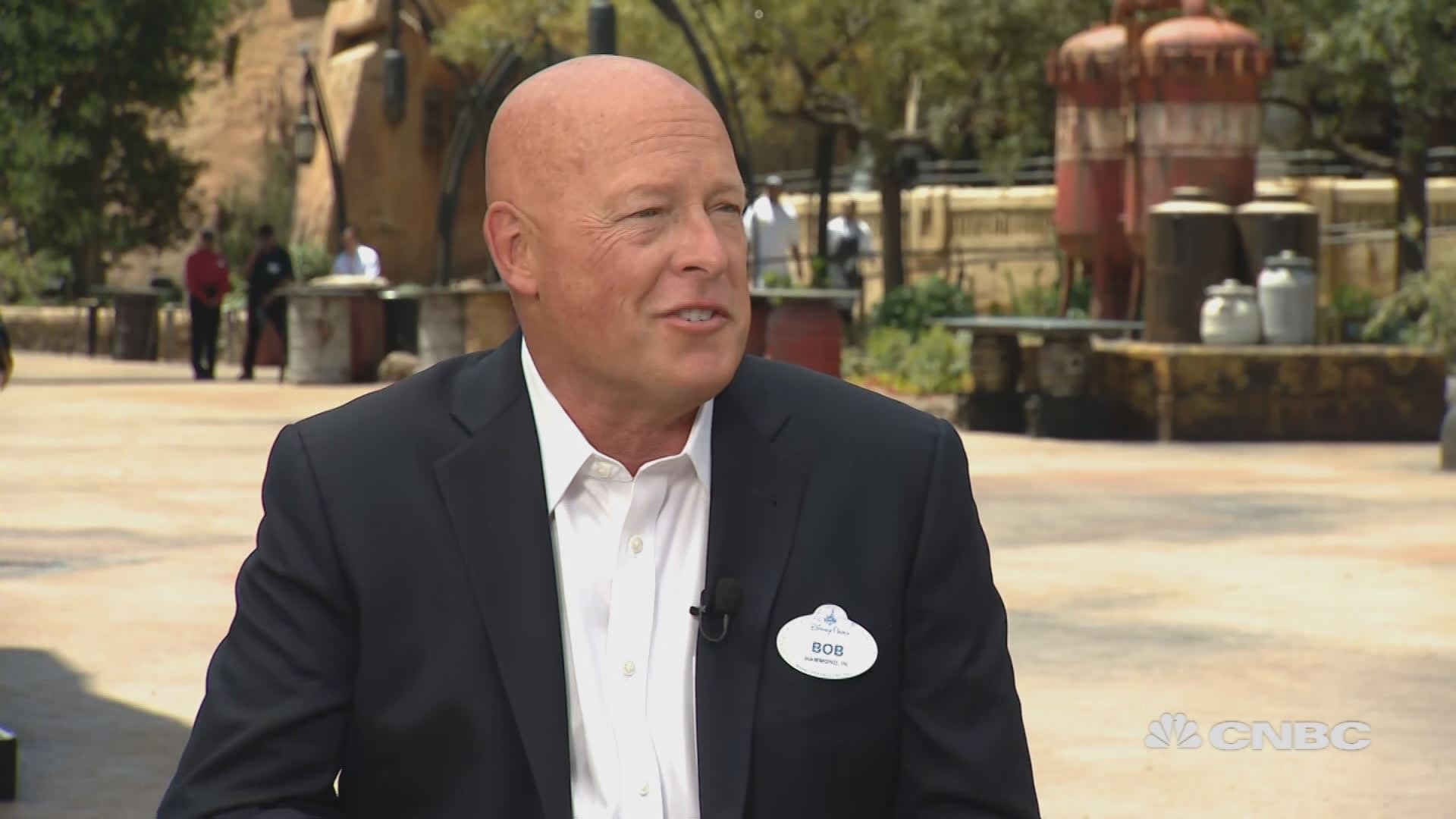 Instead, Disney’s new CEO repeatedly emphasized that he’ll continue down the path that Iger laid out for the company. It sounded like a direct message to shareholders not to freak out. Chapek wanted people to know that it’s business as usual for Disney for the foreseeable future.

Both journalists quizzed Chapek on Coronavirus. He politely described the situation as a temporary inconvenience, taking caution not to dismiss a serious epidemic.

Chapek had no interest in discussing specific financial concerns about the quarter or fiscal year. He deftly pivoted to say that this short-term problem in no way impacts Disney’s healthy future as a company. He’s right, and he deserves credit for having a strong answer prepared for that question.

Iger also sidestepped questions about Disney’s macroeconomic position this year. Instead, he factually stated the following: 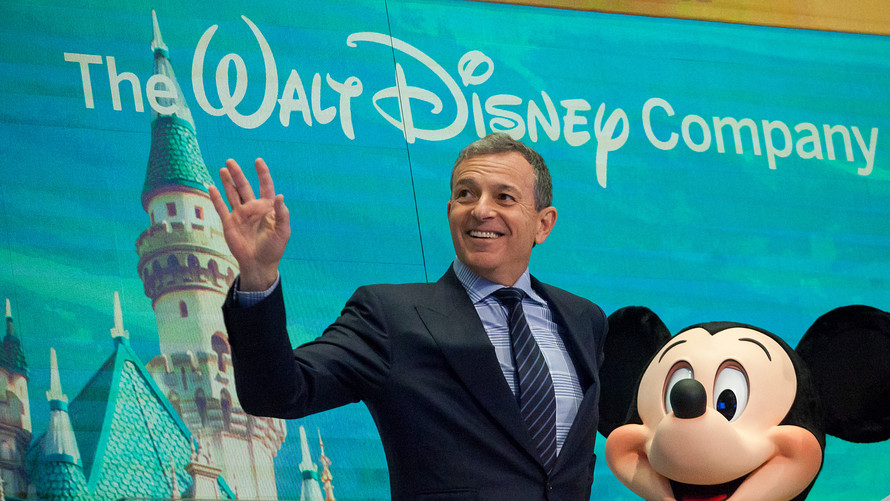 But, well, we view this as a serious situation, but we also know it’s not permanent, that this company has always shown an ability to rebound from some of the biggest challenges that it has faced. And this is one of them.”

Notes from the Conference Call

Generally, Disney’s executive conference calls are incredibly enlightening. This one felt more like a PR situation, as the parties involved didn’t offer many interesting tidbits. Everyone played the situation conservatively.

Iger led with a prepared remark and stated that he is “thrilled for Bob.” Given how much time they’ve spent together, I believe him. The new Executive Chairman also stated his remaining contract length, letting listeners know that he’s not going anywhere.

Chapek also read a speech about the situation. He stressed his detailed experience through 27 years of service as a loyal Disney employee. Then, the new CEO reiterated that he’ll follow the same Disney tenets that Iger laid out in his autobiography. 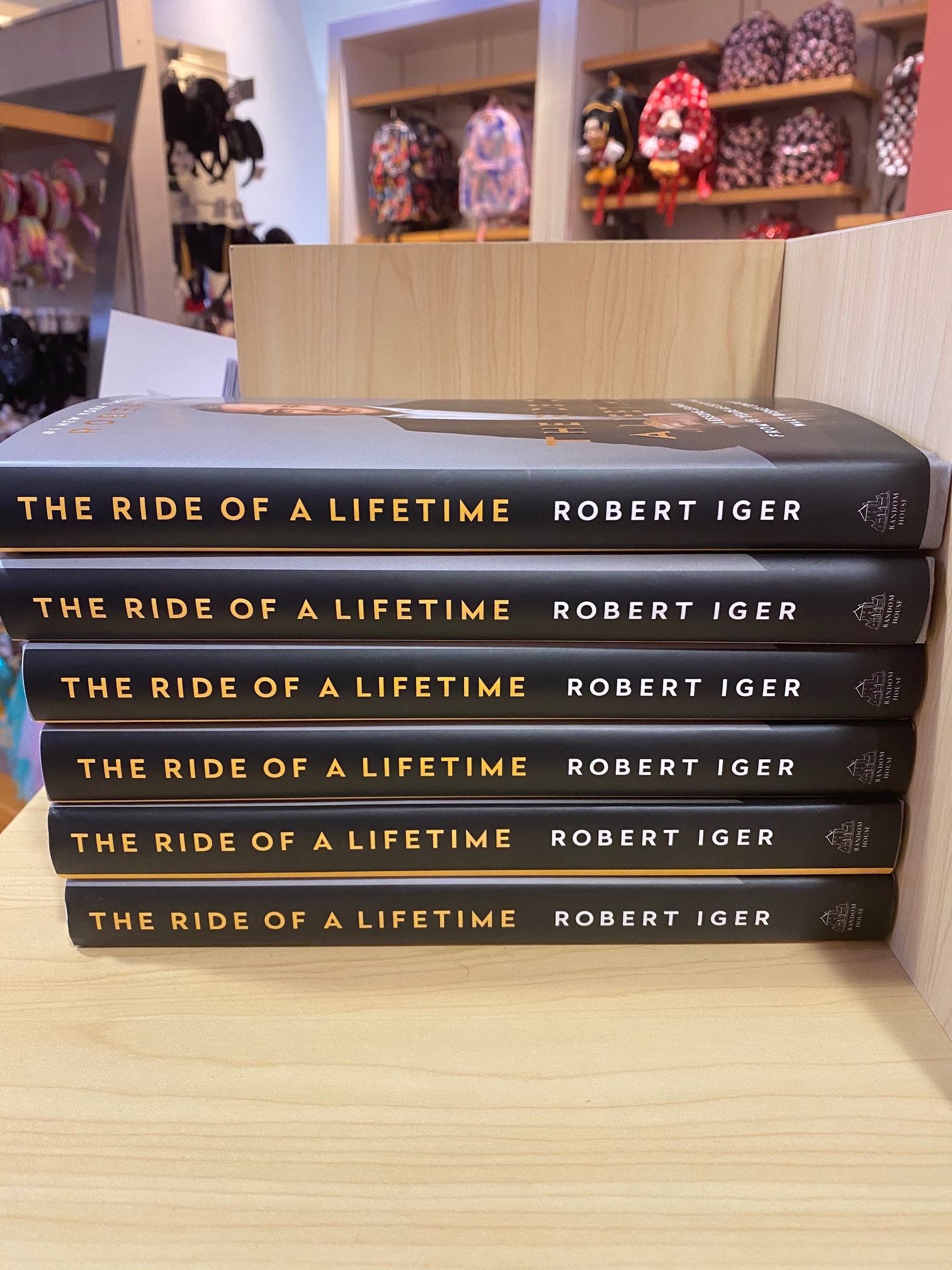 During the Q&A session, Chapek addressed the gap in his resume. He lacks experience in a couple of the four divisions. However, Disney’s boss mentioned that leadership executives meet regularly to give each other a bit of cross-training. Chapek later added that one of his primary challenges would require Disney to stay ahead of the competition in storytelling areas.

Iger also addressed the matter by indicating that he, too, lacked some cross-division experience when he became CEO. He added that the nature of the job will lead to Chapek developing the same skills in time. Then, Iger said that he had the option of naming himself Chief Creative Officer but decided that Disney didn’t need that position. 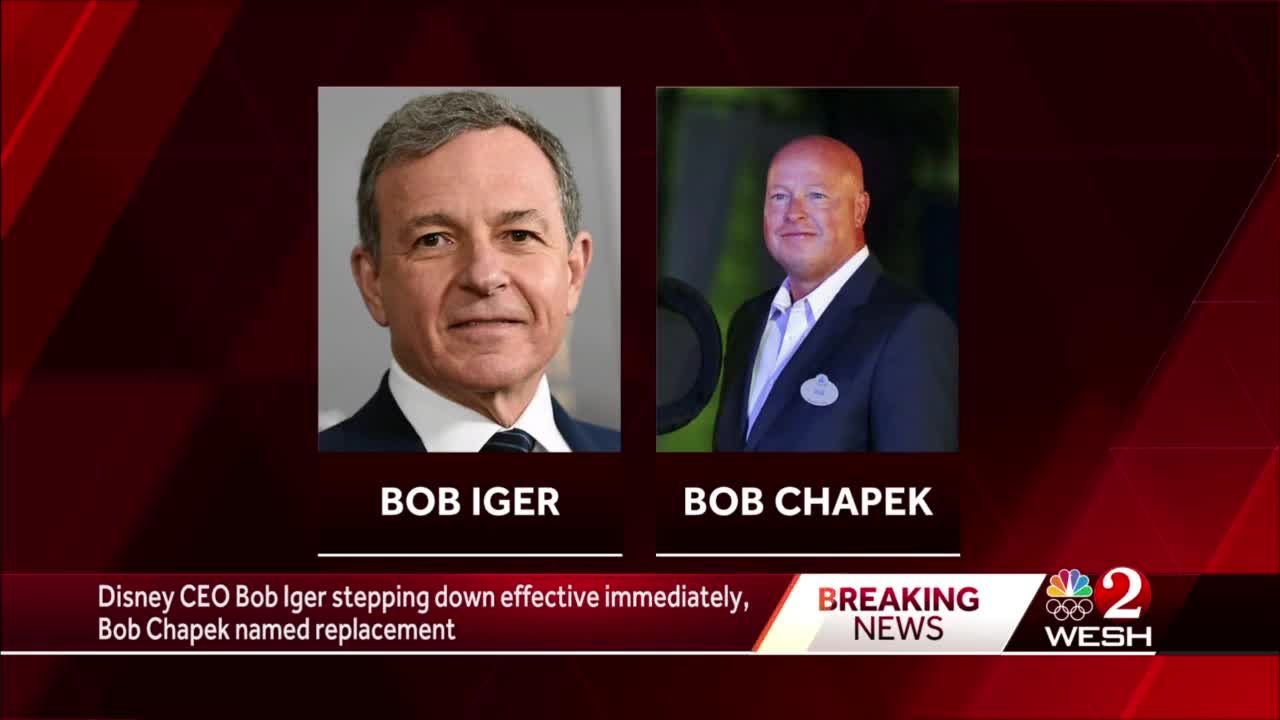 On, in case you’re wondering, Iger wouldn’t drop any hints about future plans. As MickeyBlog has mentioned many times, Disney’s Executive Chairman had eyed a political campaign. He at least toyed with the notion of running for President of the United States in 2020. The interviewers tried to coerce him to confirm a future run, but he wouldn’t take the bait.